Tinker Racers from QUByte Interactive and Rumbora Party Games is a new racing game on PS4. Learn more in our Tinker Racers review!


Yes, the first time that probably popped into your head as soon as you saw the trailer or the screens for this Tinker Racers review was the Micro Machines franchise. This happens because, well, you’re going to be racing in an arcade-style release with tiny cars that will be taking on a variety of courses set over three particular locations that make the tiny cars’ scale pop even more. Tinker Racers from QUByte Interactive and Rumbora Party Games is a fun racing game that can be played with up to four players. 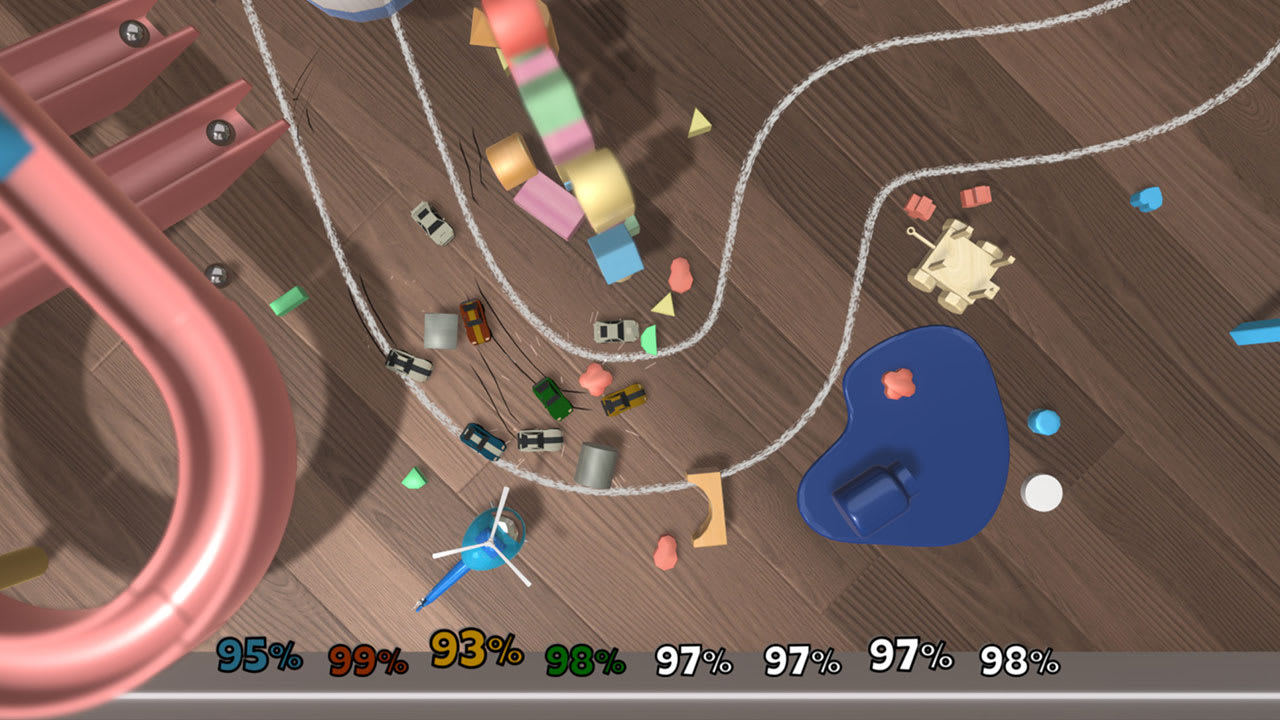 You can take on a Single Race to try and get the best position possible, take on a Time Attack to try and get the best lap possible – and try to beat the dev team’s best times -, or go into a Free For All in which there is no score, and all you’re going to do is try to have some fun. And then, there’s Campaign Mode, in which you’ll be taking on a series of races in specific settings that will put the size of your tiny car into perspective. 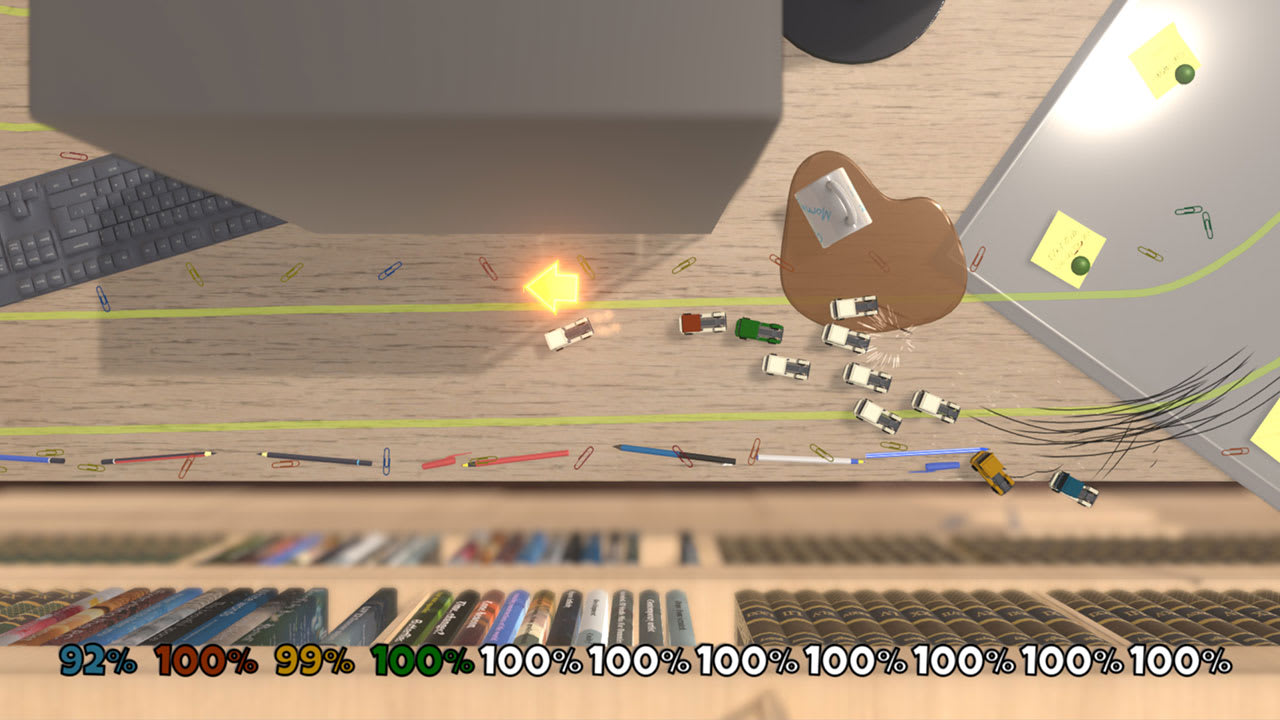 You will race around a bedroom, an office, and a kitchen. Since you’re using tiny cars, everything around you can be very dangerous! Crash into the tiniest of building blocks in the bedroom races, and you’ll lose some of your health. Crash into a toy drum, and you’re really going to feel it! As you progress through each set of races in the same environment, more hazards will be introduced. The first race might not have anything for you to avoid, while subsequent races could have a rug in the middle that will deal some serious damage when you crash into it or a set of marbles that are rolling around a playset, waiting to catch a racer on their path! 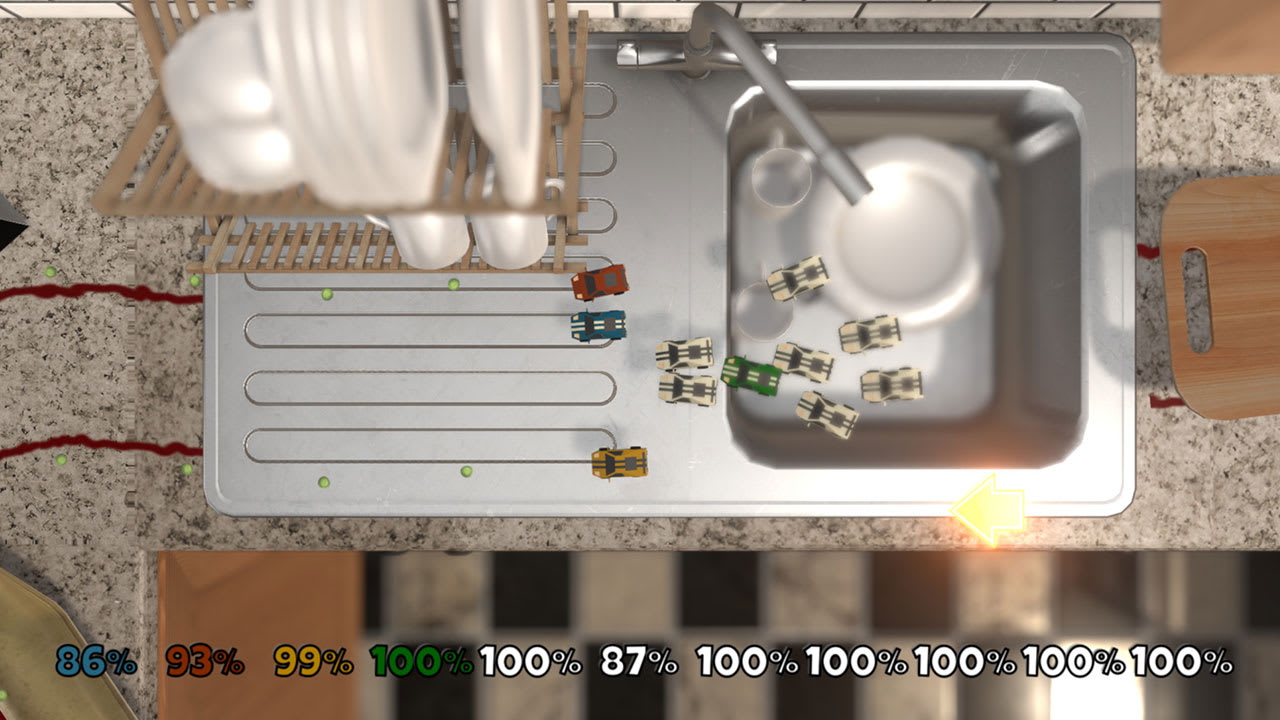 You can steer your vehicle with the left analog stick or the D-Pad, accelerating with the X button as you drift around each curve or going in reverse with the Circle button if you run into a hazard. This is a survival racer, which means that you have to outrun your opponent as you avoid any of the obstacles on the track to avoid receiving too much damage. The first racer to five points wins the race!


The game includes a full trophy list with a Platinum trophy, and it’s one that will take you a handful of hours to obtain if you know what you need to do. The list is split into five Gold trophies, thirteen Silver trophies, and fourteen Bronze trophies. Once you’re done with the Tutorial race, you’ll get a few trophies added to your collection, and then you can focus on the trophies tied to scoring lots of points, winning a race with 5% health or less, completing all levels in Campaign Mode, as well as taking care of some multiplayer-focused trophies, for which you’re going to need four controllers! 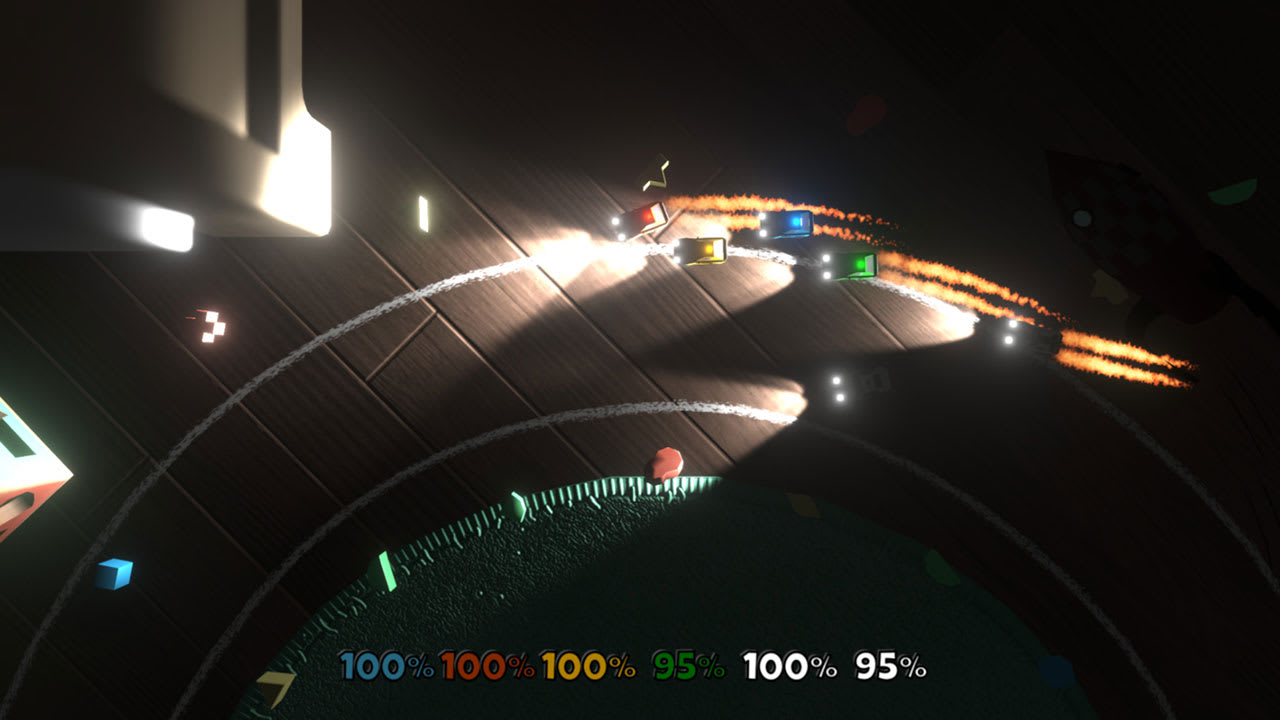 Tinker Racers is a fun arcade-style all-ages racer out on Sony’s console. It offers a few locations, but the track layouts and the hazards you’ll have to take into consideration will change as you go from race to race. The game is out on PlayStation 4 with a low $4.99 asking price, making it an easy one to recommend for fans of arcade racers with a Micro Machines homage twist.

Disclaimer
This Tinker Racers review is based on a PlayStation 4 copy provided by QUByte Interactive.

DON’T GIVE UP: A Cynical Tale Out Tomorrow