Terra Trilogy from GS2 Games and Funbox Media brings us three old-school infused games that pay homage to a long-gone era in gaming. We get Terra Lander Redux, Terra Lander II – Rockslide Rescue, and Terra Bomber, all of which feature a look and feel that will remind you of games from way back in the 1980s. Each game adds new elements to consider while also increasing the difficulty of subsequent levels at a steady pace. 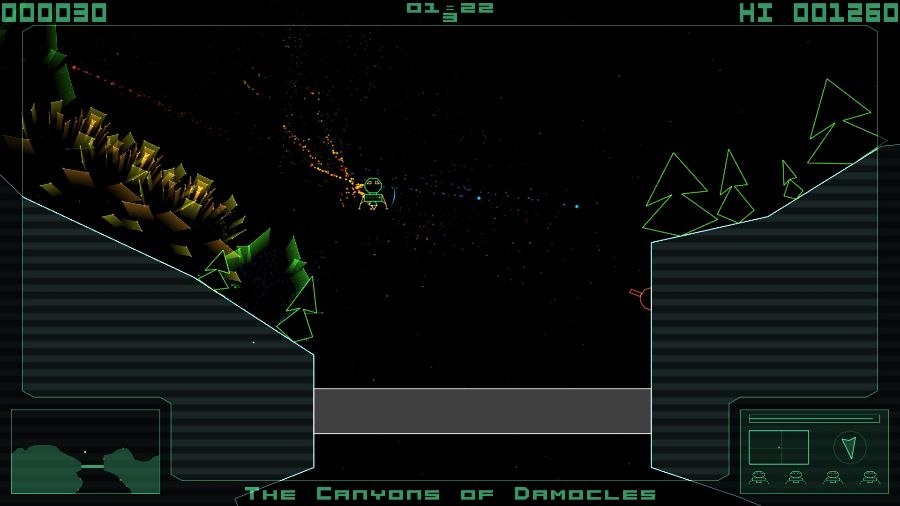 In Terra Lander, your objective is simple. You must take your spaceship from the starting point to the landing strip and land without going too fast, or else you’re going to explode! While you should take your time and do things right, you do have a time limit to keep in mind! You can get bonus points for destroying all sun installations and will need to destroy fuel pumps to recover some of the fuel you use up – since moving and shooting burns some of your fuel – as you boost your way through each of the game’s 20 stages. 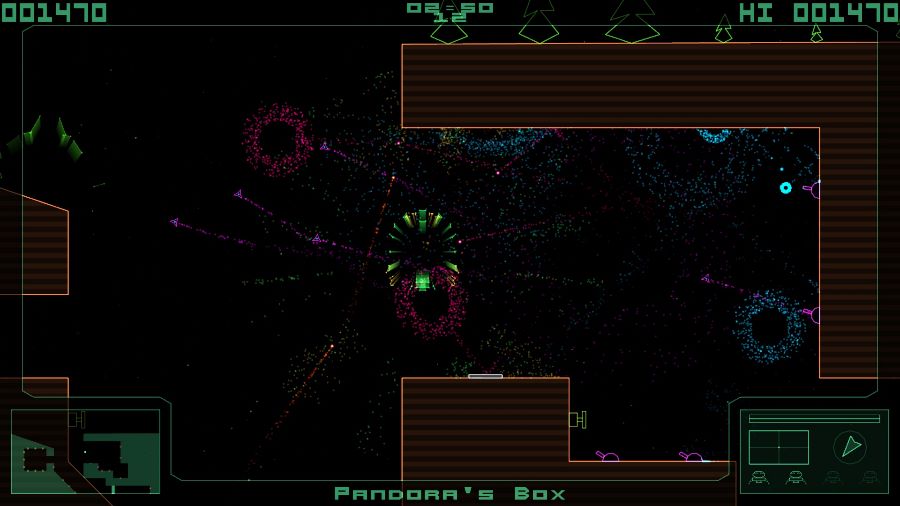 You’ll do this by using the left analog stick to use your spaceship’s thrusters to thrust up, down, left, and right as needed. You will use the right analog stick to aim and shoot all around you, aiming for the aforementioned fuel pumps, as well as to destroy any of the nasty turrets on your path that will shoot at you! Since one hit is all it takes to destroy your ship – be that from an enemy’s attack or from slamming onto a wall – you’ll need to make the most of your lives so that you can try to complete the game’s 20 levels. 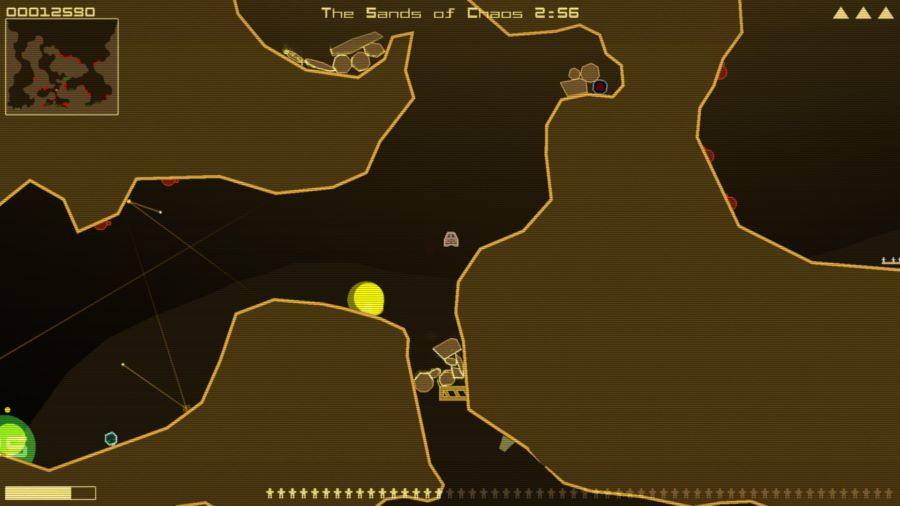 Sequel Terra Lander II – Rockslide Rescue adds a new element to the equation: rescuing the humanoids waiting on the landing pads for your help. You must be careful as you navigate through each of the ten stages in Terra Lander II – Rockslide Rescue and make the most of the available fuel. If you destroy all of the fuel pumps in one stage, you’ll start the next one with double the fuel capacity, which can help you overcome the obstacles you’ll face. The good news is that when you’re hit, you’ll be invincible for a short period of time as you respawn. You have a small forcefield, which can give you a chance to learn from your mistakes at a faster pace. 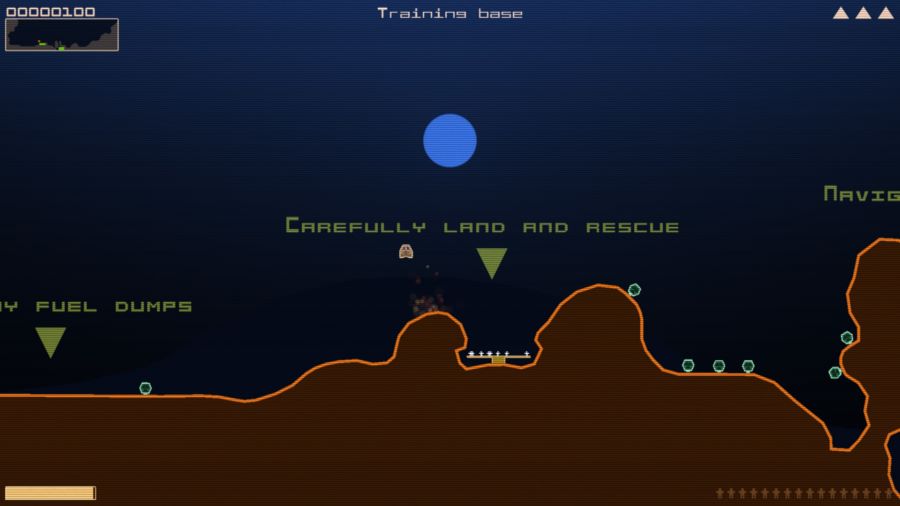 Once you have collected all of the humanoids for the stage, you’ll still need to navigate out of whatever cave or tunnel you find yourself in. Why? Because to complete the level, you’ll need to fly high above the planet to escape. Terra Lander II – Rockslide Rescue plays into its arcade inspirations since once you complete all ten levels that the game has to offer, the cycle will start again, but the difficulty will have increased slightly, challenging you more and more.

And then, there’s Terra Bomber. The last game in the trilogy will probably remind you of Defender and its sequel. This one is presented as a 2D side-scrolling arcade shoot ‘em up with ten levels to play. Your goal for each stage is now different: you must do whatever it takes to destroy the base at the end. You must destroy all turrets on your path, using your guns as well as bombs. These can be boosted by collecting power-ups that will increase their power. 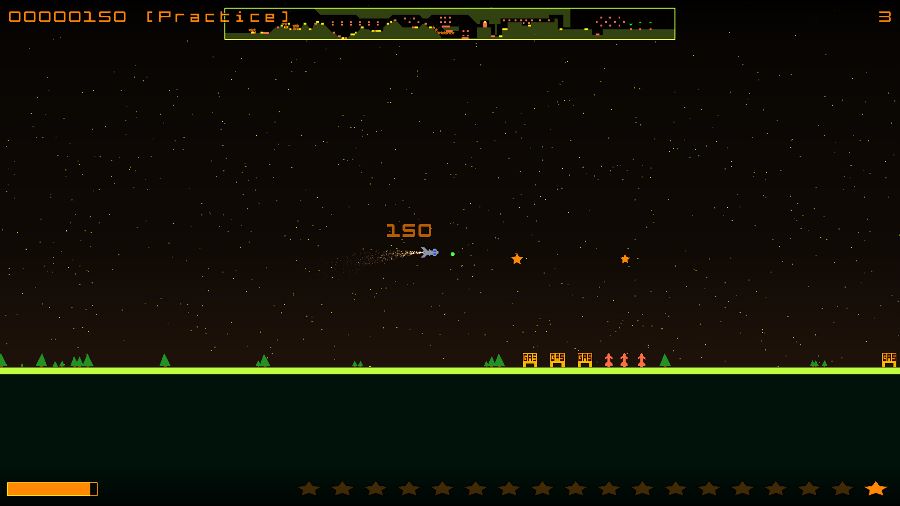 Fuel will once again play a role in your adventure, so be sure to keep an eye on your fuel gauge – located at the bottom of the screen – so that you can target and destroy the fuel pumps that will help you recover some of the fuel you’ve already spent with your actions. Something that you do need to consider is that unlike most shoot ‘em ups I’ve played over the years, shooting your guns and bombs won’t make them go out forward and downwards, respectively. Instead, they will be affected by your movement, which can be both a good thing and a bad thing. 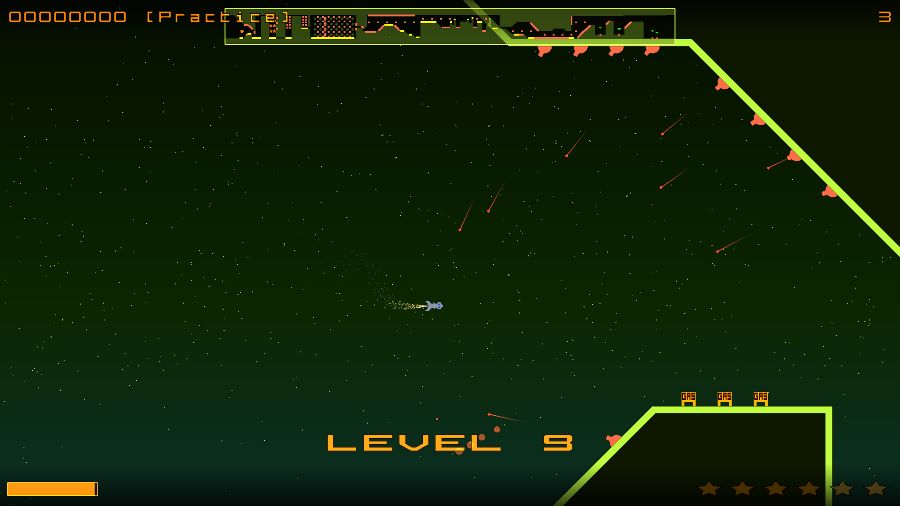 If you’re up for taking three retro-styled games for a spin that pay homage to the 1980s, then Terra Trilogy is a good option. It will remind you of classic games such as Defender, Moon Lander, and other releases of that gaming era, and it does feature three Platinum trophies since each game has its own list. Are you ready?

Disclaimer
This Terra Lander Trilogy review is based on a PlayStation 4 copy provided by GS2 Games.

Grotto On Its Way To PS4 And Nintendo Switch