Luckslinger from 2Awesome Studio and Duckbridge is a minimalist 2D action game on PS4 with an old-school Western theme. Learn more in our Luckslinger review!


In Luckslinger from 2Awesome Studio and Duckbridge, you’ be taking on a 2D adventure inspired by the spaghetti Western classics. You have been hired to return the precious lucky charms of the town of Clovercreek, which have been stolen by six infamous criminals. Do your job, and you’ll be handsomely rewarded. You’ll do all this with a hip-hop soundtrack twist, which, for some reason, manages to be a solid option for this game’s look and feel. 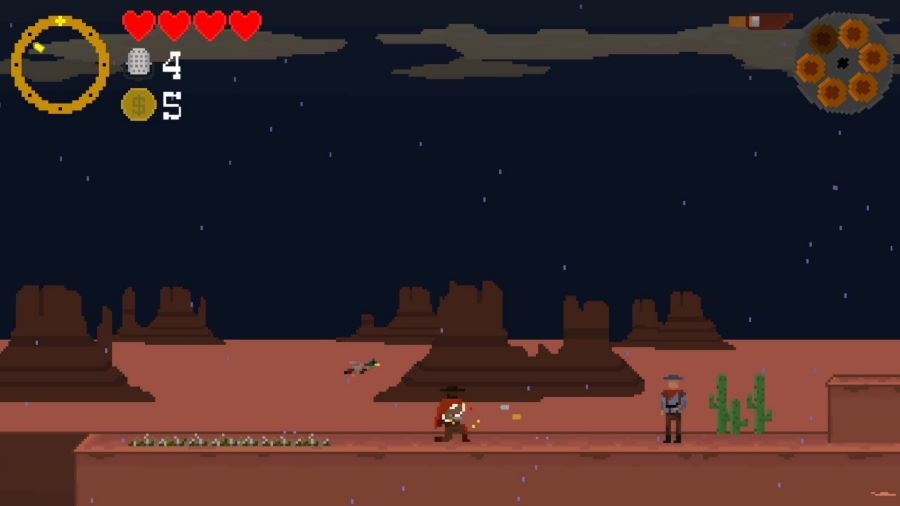 Luck is in the game’s name for a reason, since you’ll have to defeat enemies to steal their luck, so that you can make the most of its boosting effects. This could mean having a better chance to dodge bullets, or getting better loot. But if you’re down on your luck, you could yourself walking over collapsing bridges, or having one too many rocks falling on top of you. You will need to make good use of Duckbringer, your companion who will help by returning your throwing knife, collecting extra health to keep you in good shape, or by distracting enemies.


Once you get started, your first choice will be to pick the game’s difficulty setting. You can play this one in New School or Old School. New School will make it possible to continue from the last checkpoint when you die. Old School will have you restart the whole level when you get a game over, so it will require a bit of extra patience. You can always change the difficulty as needed if you feel like one or the other is not working for you. 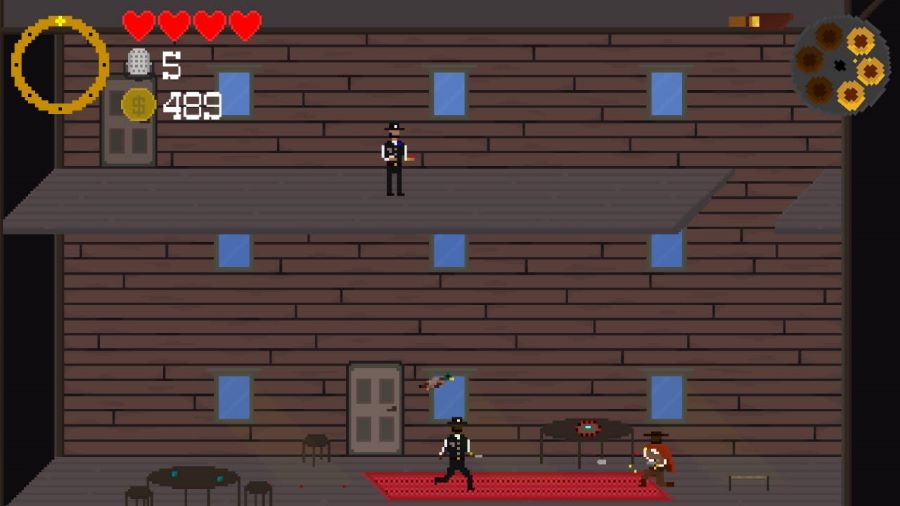 In Luckslinger, you’ll move your character with the left analog stick or he D-Pad, jumping with the X button, and shooting with the Square button. Be sure to keep an eye on how many bullets you have left, so that you cab reload by pressing the Triangle button. You can roll with the L2 button to dodge projectiles, and throw your knife with the R2 button. It you can get your hands on some dynamite, or maybe you can find a deployable chaingun, you’ll be able to use it with the Circle button.


The coins you earn by defeating your enemies or by opening up chest can be used either in a short gambling mini-game, for which you need to get three blue cards to win an item as a prize – such as the aforementioned deployable chainguin or the very handy dynamite. Coins can also be used to purchase upgrades for your character so that you can keep up with the increasing difficulty curve. These can include a golden knife, buying a boost for some extra health, or even an extra life! 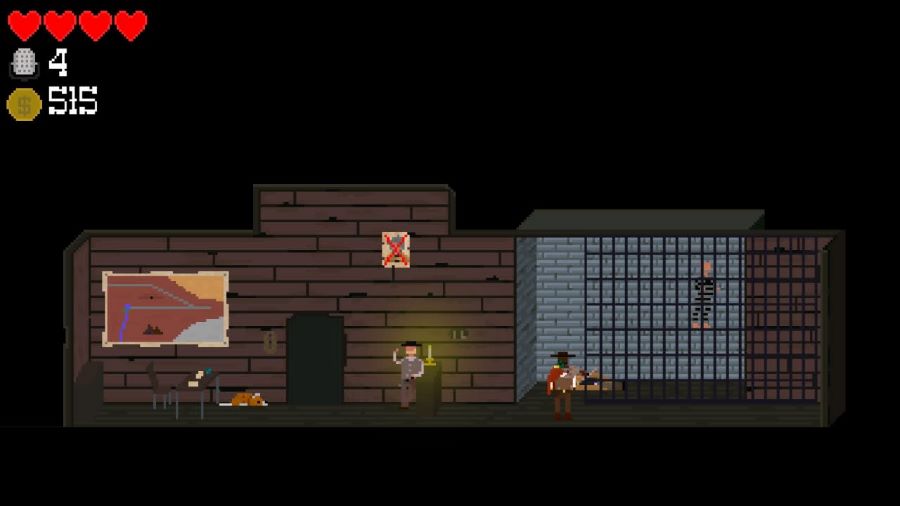 As for the trophies, Luckslinger has a full trophy list with a Platinum trophy, and you can easily add it to your collection in an hour or so! You’ll have to defeat three, seven, and twenty-two enemies, shoot a gold bullet, shoot eleven golden bullets, beat a boss, bury a boss, bring a boss to jail, win a duel, collect a gold bar, collect a vinyl record, die three times, and die ten times. Do all this, and the Platinum is yours! 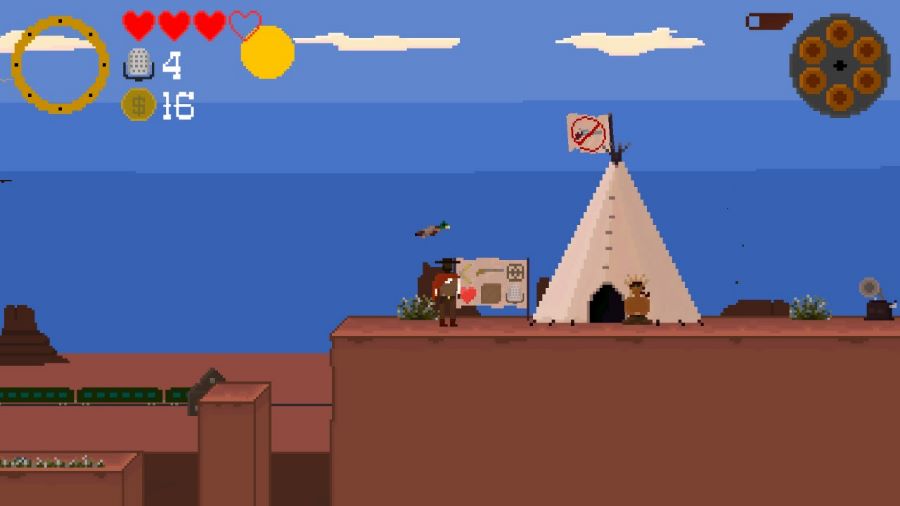 Luckslinger is a fun 2D action game on Sony’s console with a minimalist art style, a hip-hop inspired soundtrack, more than enough stages and boss fights, quick-draw duels, collectible gold bars and vinyl records for those of you who like to 100% their games, a Platinum trophy, as well as a duck companion. Luckslinger is out on PlayStation 4 with a $9.99 price.

Disclaimer
This Luckslinger review is based on a PlayStation 4 copy provided by 2Awesome Studio.

The Skylia Prophecy Out Next Week