Game ReviewsKingdom of Arcadia
No Comments


In Kingdom of Arcadia from eastasiasoft, Ratalaika Games, and Spoonbox Studio, youŌĆÖll be playing as Sam. HeŌĆÖs a normal kid who loves to play video games. He takes after his das, who is so passionate about old-school games that he keeps an arcade machine in the garage. One day heŌĆÖs home alone and decides to take the arcade machine for a spin. This is Kingdom of Arcadia, and it somehow ends up sucking Sam into its world! 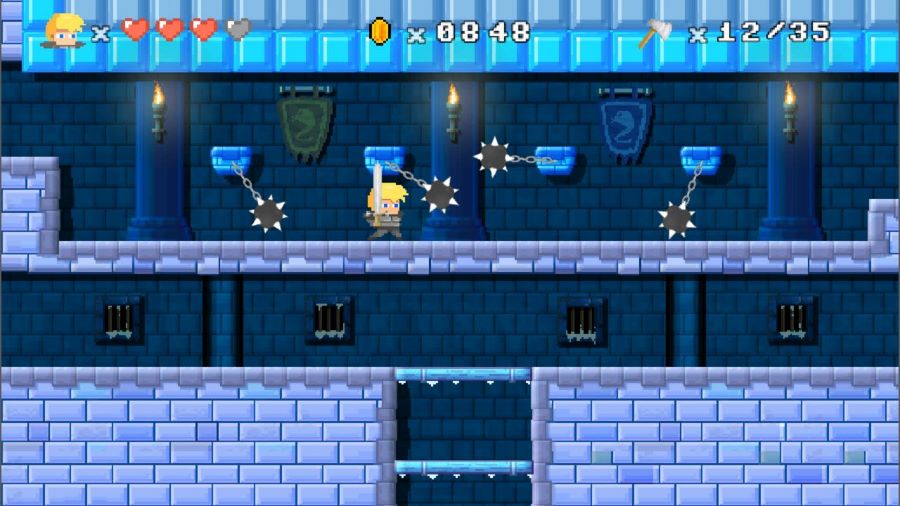 YouŌĆÖll fall through a magical portal and will end up in the throne room before the King, the Queen, the Princess, the Wizard, as well as the knights who guard them. It seems you are the hero of legend, who will save Arcadia. It seems that the Wizard of one of the five kingdoms has bewitched his King, leading him and his army to conquer four of the five kingdoms. Only one magic scepter remains safe from Draken, and you must go on an adventure to defeat the other Wizards who have been turned into monsters.


YouŌĆÖll control Sam with the left analog stick or the D-Pad, jumping and double jumping with the X button. YouŌĆÖll be given armor to protect you from harm – giving you three hearts in total – as well as a sword you can swing with the Square button. As you explore each kingdom, youŌĆÖ be taking on mostly linear stages where you can collect new items – such as the throwing daggers you can send out flying with the Triangle button – as well as plenty of coins, dropped by the enemies you defeat or found inside of treasure chests. 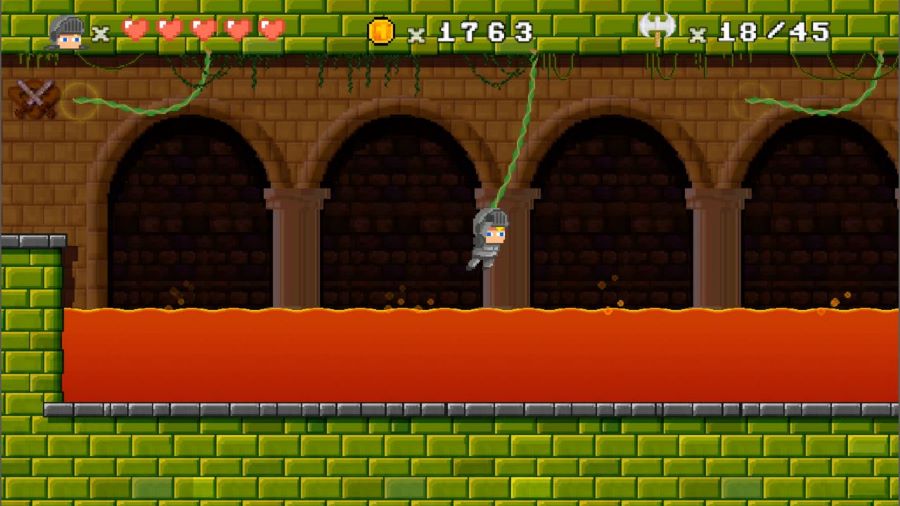 Every castle youŌĆÖll explore will give you access to a shop, where you can use your hard-earned coins to upgrade your weapons and armor so that you can keep up with the more powerful enemies and bosses. Upgrade your armor to increase how many hit points you have. Boost your sword to increase the damage dealt by your attacks. Upgrade your throwing weapon to increase its power so that you can attack enemies from a safe distance, as long as you have enough daggers/axes/hammers/battle axes to throw.


Some walls can be destroyed, so you should make it a habit to slash at every single wall in order to find secret areas that will contain treasure chests. These chests can include extra coins, a heart to recover some of your lost health or that levelŌĆÖs secret character for you to collect. This character is a huge yellow creature with one eyeball and wings, so itŌĆÖs really hard to miss once youŌĆÖve destroyed the chest where itŌĆÖs usually hiding. You will need to find 20 of them if you want to 100% the game! 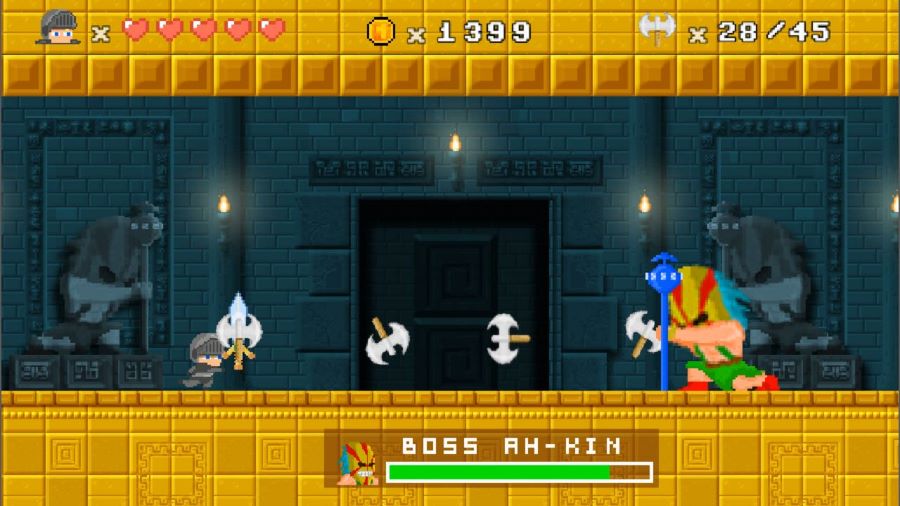 Kingdom of Arcadia has a very straightforward trophy list that should not be a problem. There are no missable trophies, which is definitely good news. You can add new trophies to your collection on your path towards getting one more Platinum trophy by defeating your first enemy, finding your first secret creature, completing the first ten levels in the game, upgrading your armor, your sword, and your knives once, finding five secret creatures, finding ten secret creatures, and obtaining the first and second magic scepters, which you get after defeating the first and second bosses in the game. 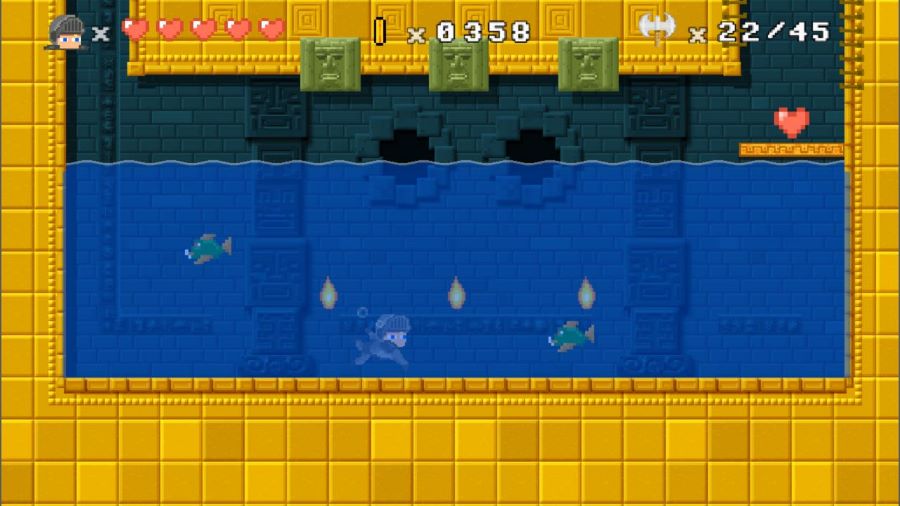 Kingdom of Arcadia is a fun 2D action platformer with some light RPG elements that can be completed in a few hours. The bosses can prove to be a bit tricky if you donŌĆÖt upgrade your gear, so be sure to make the most of the gold you collect! Kingdom of Arcadia is out on PlayStation 4 with a budget $5.99 asking price.

Disclaimer
This Kingdom of Arcadia review is based on a PlayStation 4 copy provided by eastasiasoft. 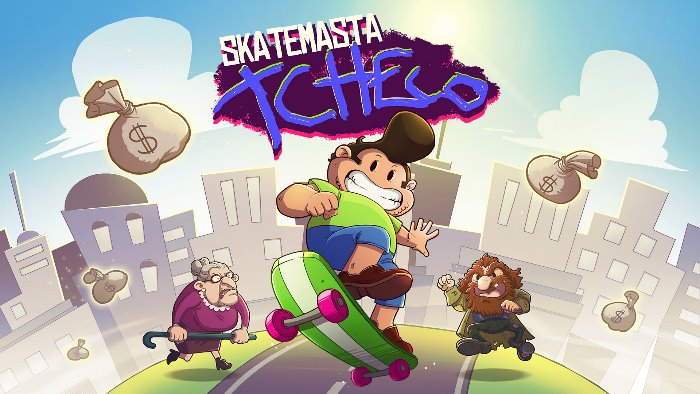