In racing game GENSOU Skydrift from illuCalab and Phoenixx, you’ll be taking on adventure set in the Touhou Project universe, with over 20 characters joining the activities. illuCalab is led by a former Mario Kart developer, but for this release, instead of racing around in go-karts, each character will be riding on top of another character! Your adventure will take you through sixteen tracks set around Gensokyo. After releasing last year on Nintendo Switch, the game is now out on PlayStation 4, and it adds two new characters to the mix: Alice Margatroid and Rin Kaenbyou. 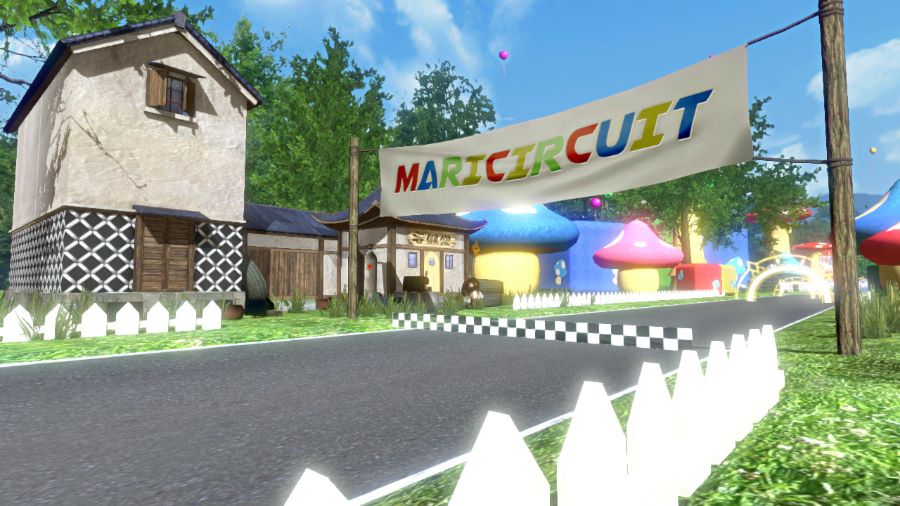 You can take on this racing game either by playing through its Campaign Mode, go into a local or online Versus Mode, or go for a single Free Run Mode. Each character you can pick for the Versus Mode or the Free Run Mode will have different proficiencies in six different stats: speed, boost, drift, mass, spell, air, and boost. Because of this, as you select the pairs of witches to use, you’ll find combinations that best suit your playing style. Oh, and each character will also have a different super spell that can randomly pop up during a race, which can certainly turn the tide of battle!


You’ll steer your character with the left analog stick, accelerating with the Circle button and hitting the brakes with the X button, which will also allow you to go in reverse if you’re ever stuck on an obstacle or a wall. You can check your rearview mirror with the Triangle button and can switch between your characters by pressing the L1 button. You do need to be careful when doing this because for a second or two, you won’t be able to steer them as they switch places, which could lead to trouble! 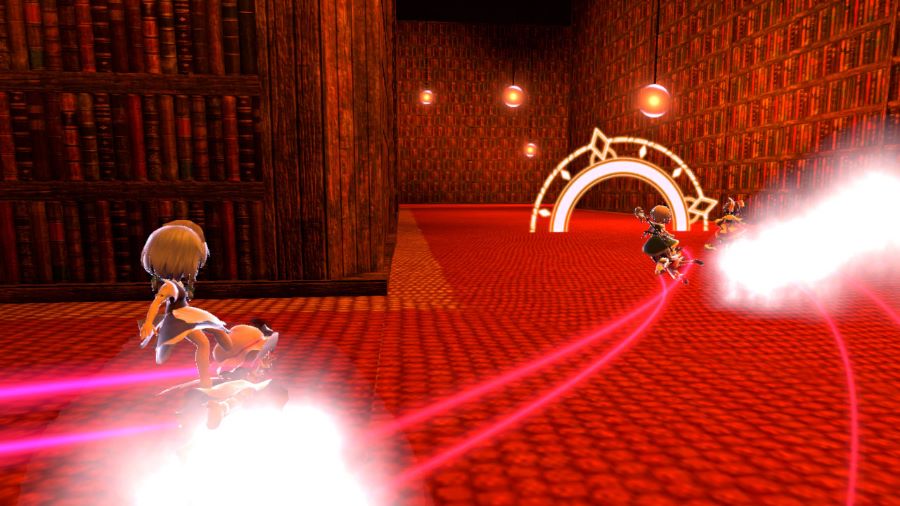 You can also use the spells roulette on the bottom right corner of the screen by pressing the R1 button so that you can then press the button again once a spell has been selected. These spells include things such as an instant speed boost, a set of magical crystals you can launch forward to attack and slow down your opponents, a powerful bomb that will allow you to get the upper hand, a shield that can cover your back in case one of your enemies uses a spell of their own or the aforementioned all-powerful spell that is unique to each character.


To power-up the spells roulette, as well as to gain a bit of a speed boost, you need to run through the many rings you’ll find around each of the tracks you will race on. For the first set of story-related tracks, you can make some mistakes here and there and still manage to win the race. For the second story campaign, you better make the most of the starting boost you can get by accelerating right as the countdown hits one, as well as learn where every single ring is on each of the racing tracks, or else you’ll be repeating plenty of races since you need to win to progress. 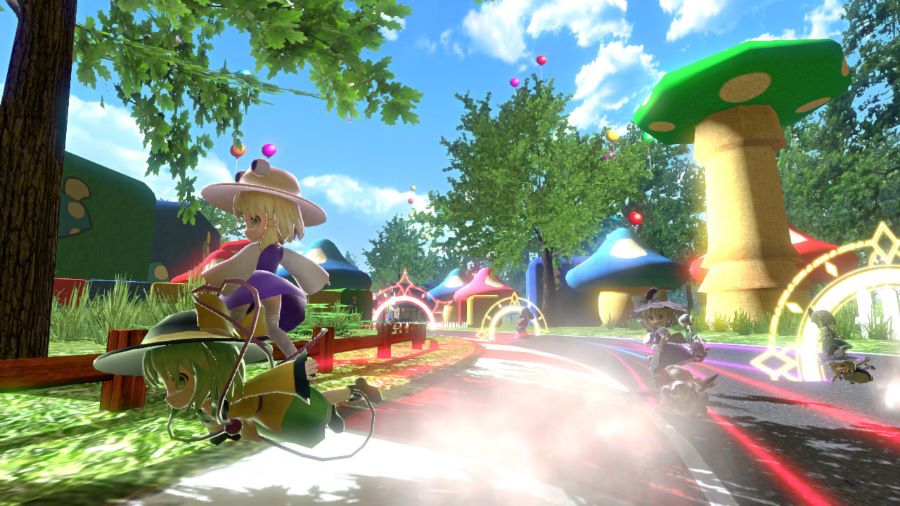 Trophy-wise, GENSOU Skydrift includes a full trophy list for you to work your way through, with a handful of them tied to the online multiplayer Versus Mode. You will have to play at least ten ranked matches and rank up to get all of the online trophies. Along with this, you’ll have to finish the Campaign Mode, as well as the second one, take on a Free Run race and then beat your previous time – which will show up as a ghost -, as well as save a replay and watch it, play every track once in Versus Mode, and play as every single character. 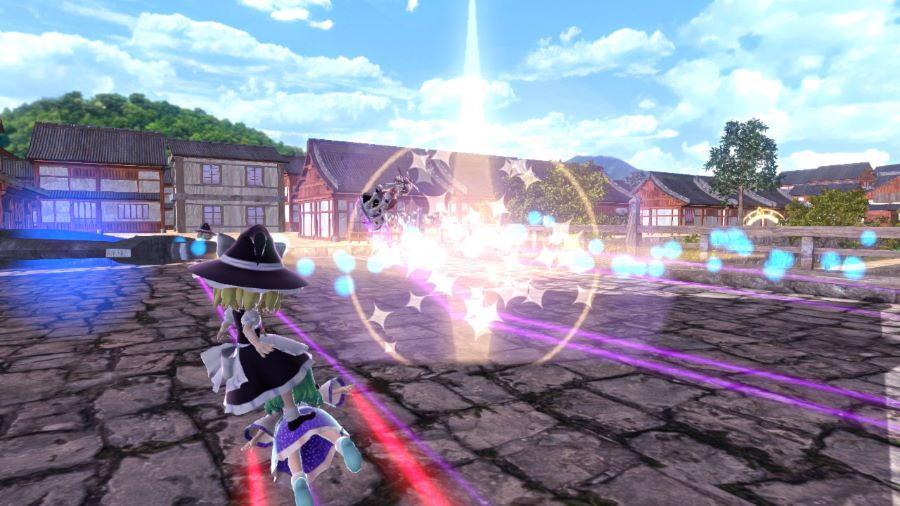 GENSOU Skydrift is a bit rough around the edges, with some stages looking a bit blocky and with some lower resolution textures. It certainly won’t be competing with the excellent Mario Kart 8 Deluxe on Nintendo’s console, but it’s a competent racer that fans of the Touhou universe will enjoy. It offers 22 characters to play as, three game modes, and sixteen races on PlayStation 4, all for a $23.99 asking price. Add a Platinum trophy, and you have a good racing option for fans. 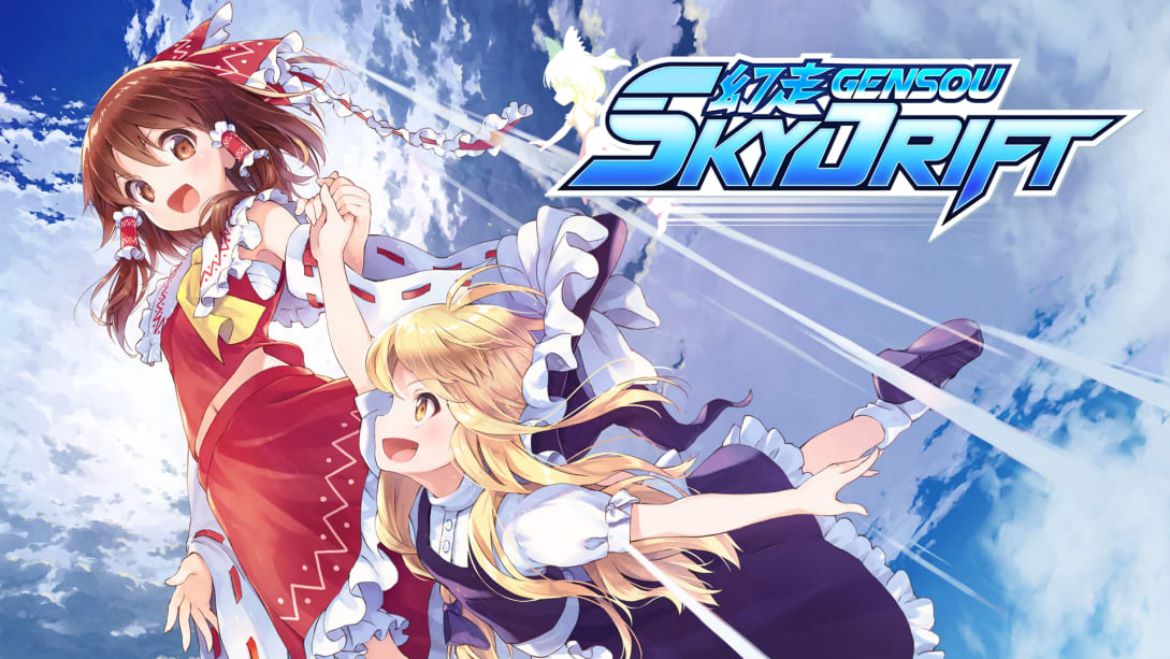 Tohou universe racing game that could use some extra polish

Disclaimer
This GENSOU Skydrift review is based on a PlayStation 4 copy provided by Phoenixx.

The Lightbringer On Its Way To Nintendo Switch