BraveMatch from Playstige Interactive is a match-three game with a fantasy battle twist on PS4. Learn more about it in our BraveMatch review!


BraveMatch from Playstige Interactive is a match-three game with a fantasy battle twist on PlayStation 4. You will take on 20 enemies and must make the most of your mana to use skills, as well as collect gold to unlock new skills, weapons, and armor to improve your character. Before you start your adventure, you’ll get to pick one of six characters: Digory, Reinfred, Herleva, Galfridus, Umeberos, and Virhana. This will only change the look of your character, but it will not affect its abilities or performance. 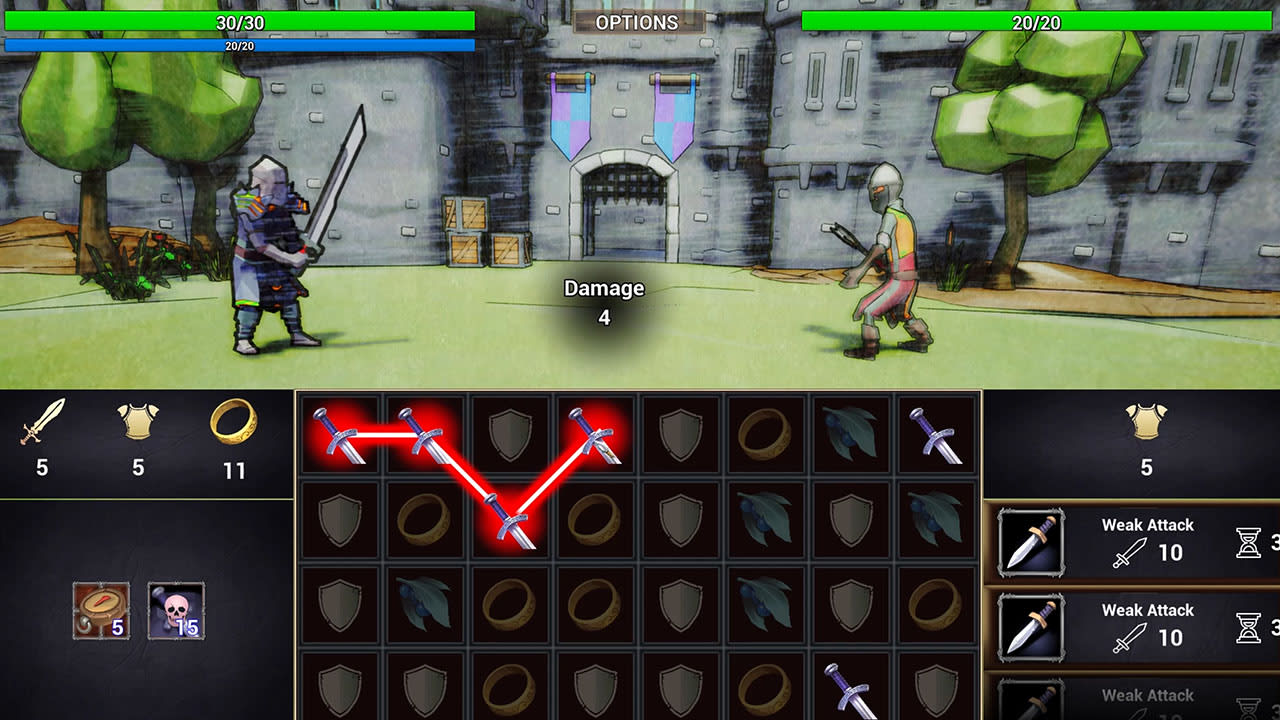 The gameplay is easy to understand since you’ll be controlling a cursor on the screen with the left analog stick. You will press the X button to select one of the symbols on the playing field and must match at least three of the same symbols. These can include swords for you to attack or shields so that you can defend against your opponent’s attacks. Your abilities are displayed below your character and can be activated by spending some mana when you click on them. If you need to refill your mana, you can do so by matching the berries on the screen. To collect gold, match at least three gold rings. 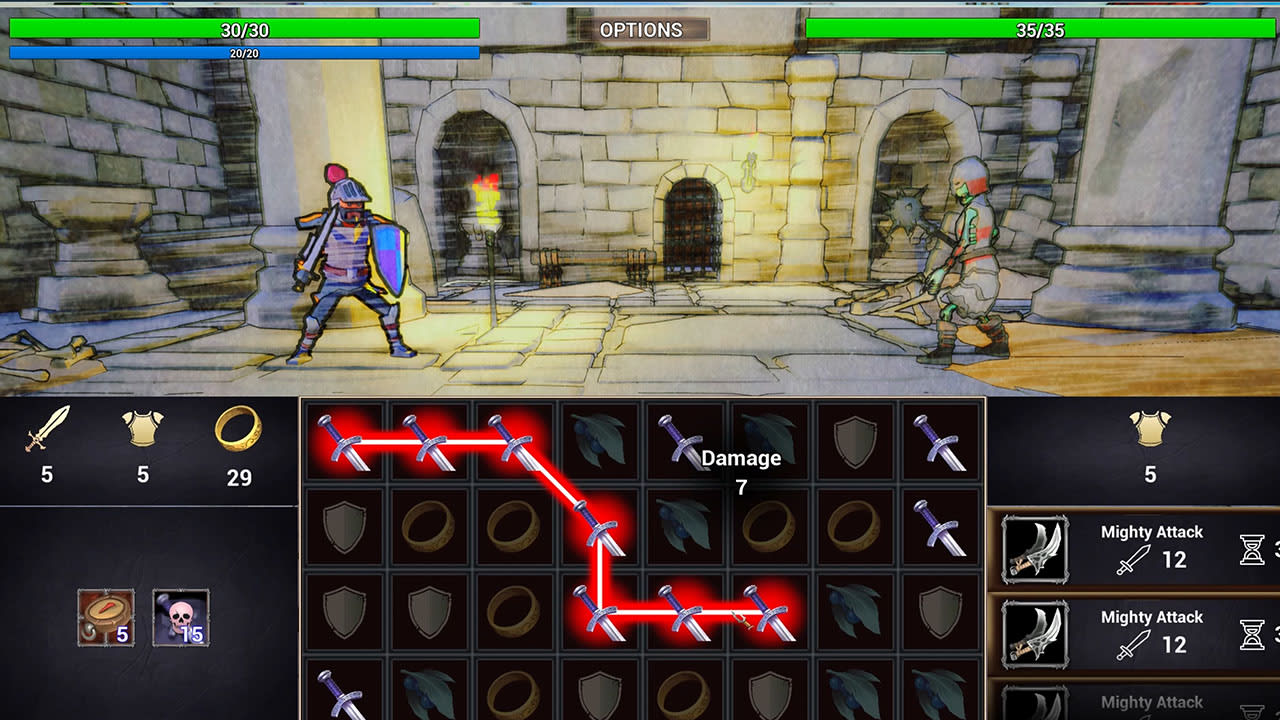 Keep an eye on your health points, as well as your opponent’s, so that you can decide if it’s best to risk attacking or if you should defend so that you can live for one more round and deal the killing blow with your next match. The more copies of the same symbol that you match, the more powerful the effect. Match three swords, and you will probably deal three points of damage. But if you manage to match six swords, you will deal some bonus damage points that could be the difference between victory or defeat!


After each battle, you should visit the shop to see what you can buy with the gold you managed to collect. There are five weapons, five pieces of armor, and five shields for you to buy. As expected, the more expensive an item, the more powerful it will be, so you might need to grind for a few battles before progressing further so that you can buy better items for your character to survive subsequent fights. Once you buy something, don’t forget to visit your inventory so that you can equip it! 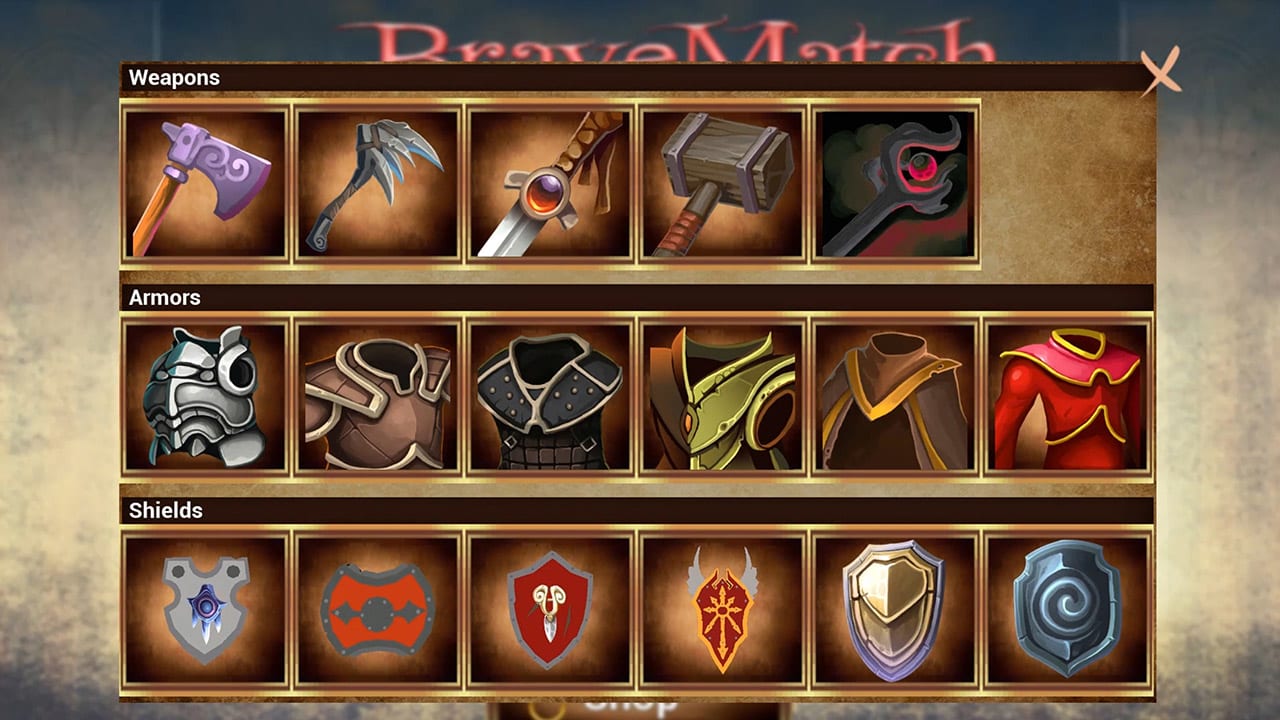 The game includes a full trophy list with a Platinum trophy, and the good news is that none of the trophies are missable! The list is split into eight Gold, nine Silver, and three Bronze trophies, and they will unlock as you defeat each of the opponents you’ll face in battle. You’ll have to balance attacking, defending, using your skills, recovering your mana, and collecting gold rings so that you can upgrade your equipment to be able to make it to the final boss: a mighty dragon that can deal a ton of damage! 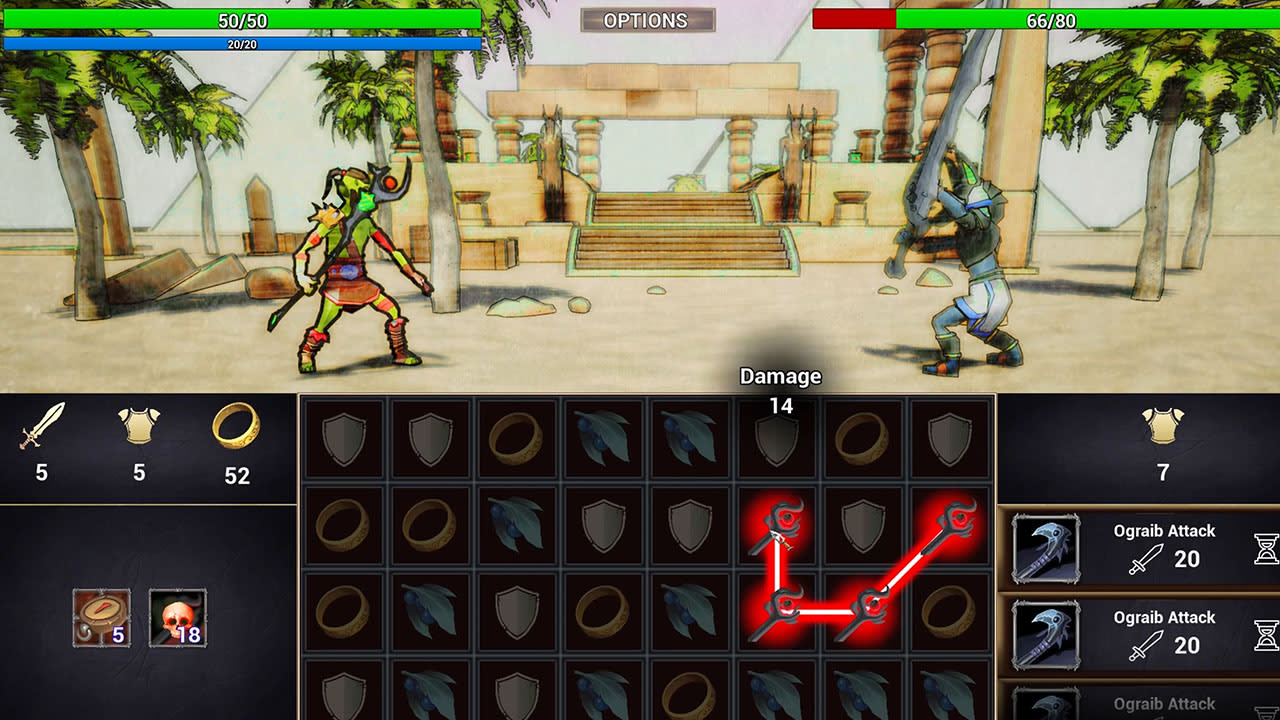 Disclaimer
This BraveMatch review is based on a PlayStation 4 copy provided by Playstige Interactive.