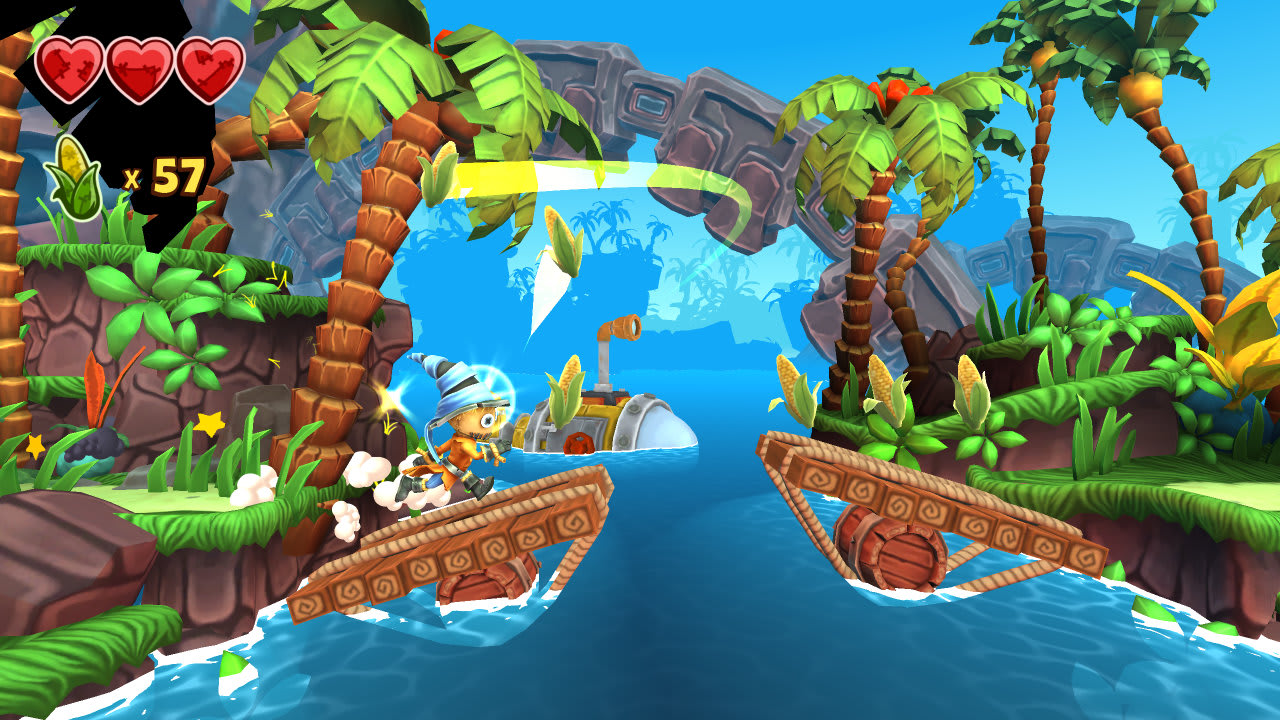 After the Tooki come to the farm and steal all of the corn, Stitchy is brought to life to try and fix things by exploring each of the nine worlds in which the Tooki have hidden all of the corn. Each world will have nine levels to explore, as well as a boss fight to take on, and even a secret level to locate! The controls for Stitchy in Tooki Trouble are very simple to understand. You’ll move with the left analog stick or the D-Pad, jumping and double jumping with the A button and slamming down towards the ground with the B button.


In each stage, you can locate three pieces to rebuild a tiki totem, which will keep those of you who want to 100% extra busy. You can also obtain up to a three-star rating if you’re fast enough when completing a level. For example, the first stage will grant you three stars if you can complete it in a minute and forty seconds. Two stars will be awarded if you finish it in two minutes and ten seconds. If you’re too slow, then your last chance at getting a star will be to complete the level in three minutes and ten seconds. 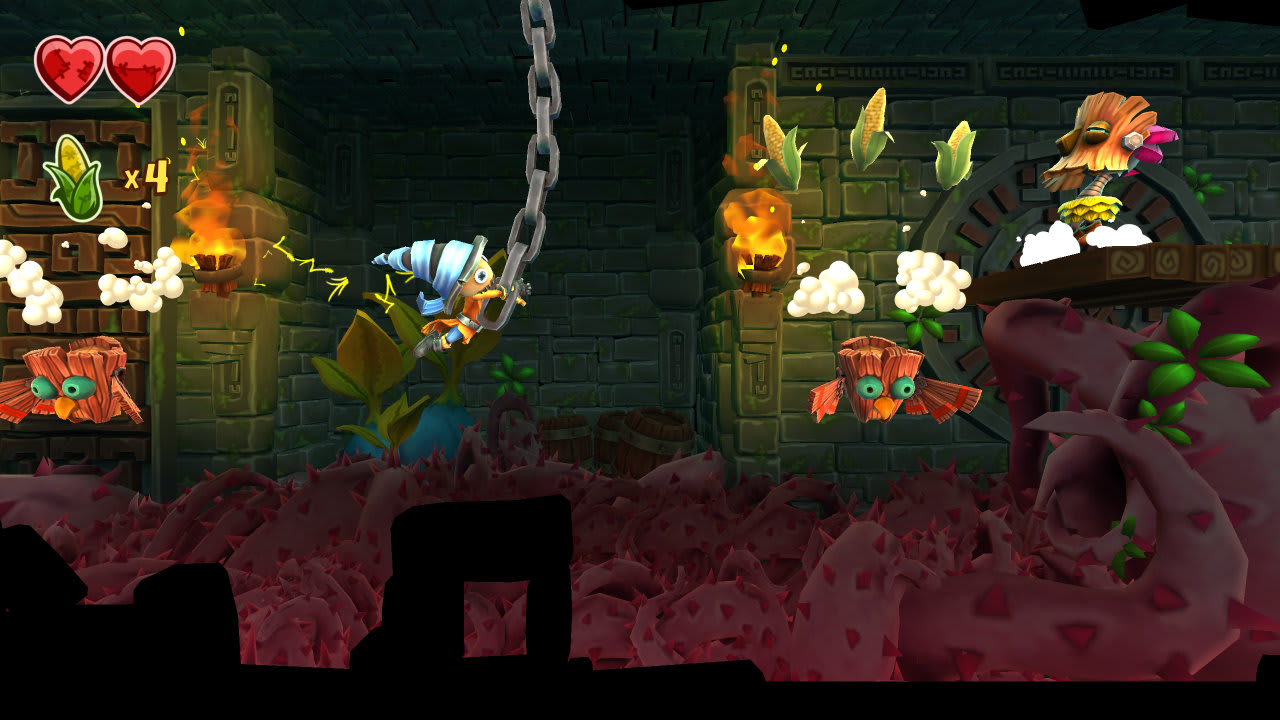 You must avoid coming into contact with enemies, or you’ll lose one of your hearts. You should also avoid the very sharp and spiky thorns in your path, the aquatic creatures that jump out of the water to try and take a bite out of you, or the water itself since water is definitely bad for a scarecrow that is made of straw! If you lose all of your hearts, then you’ll lose a life, which is represented by the scarecrow hats in your stock. You’ll then respawn at the last checkpoint you managed to reach. The good news is that if you collect 100 pieces of corn, you’ll be able to gain an extra life! 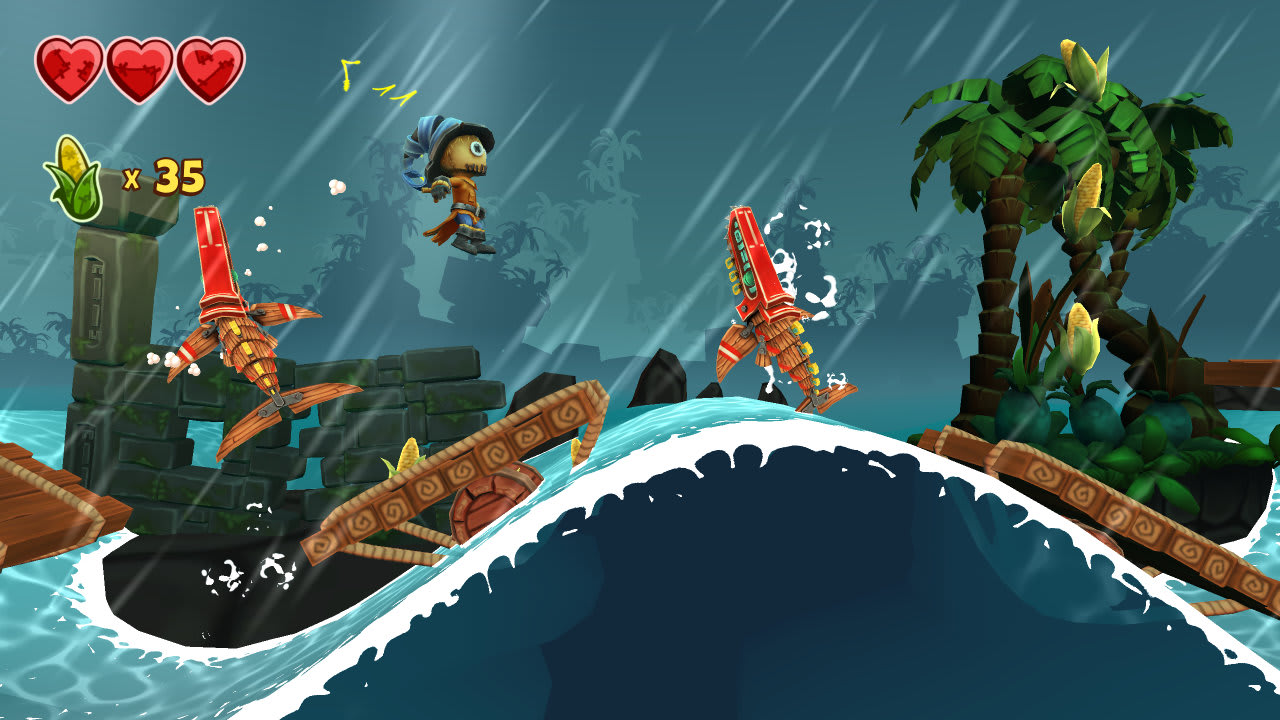 At the end of each world, you’ll have to take on a boss battle that changes things up. Each boss will have its own movement and attack patterns, and you’ll probably end up dying once or twice as you get the hang of things and find the right way to take on them. For example, the first boss you’ll take on is a giant squid that will attack you with its arms. During the first round, it will just hit around the floor, trying to squish you. It will later move one arm around the screen at a slower pace, which is your chance to jump and stomp on it to deal some damage. After a round of this, it will crush the supports on the sides of the screen, forcing you to jump on some new platforms to reach the next level. For this second round, the floor is much thinner, which means that every time it strikes down with one of its arms, it will break away part of the floor! 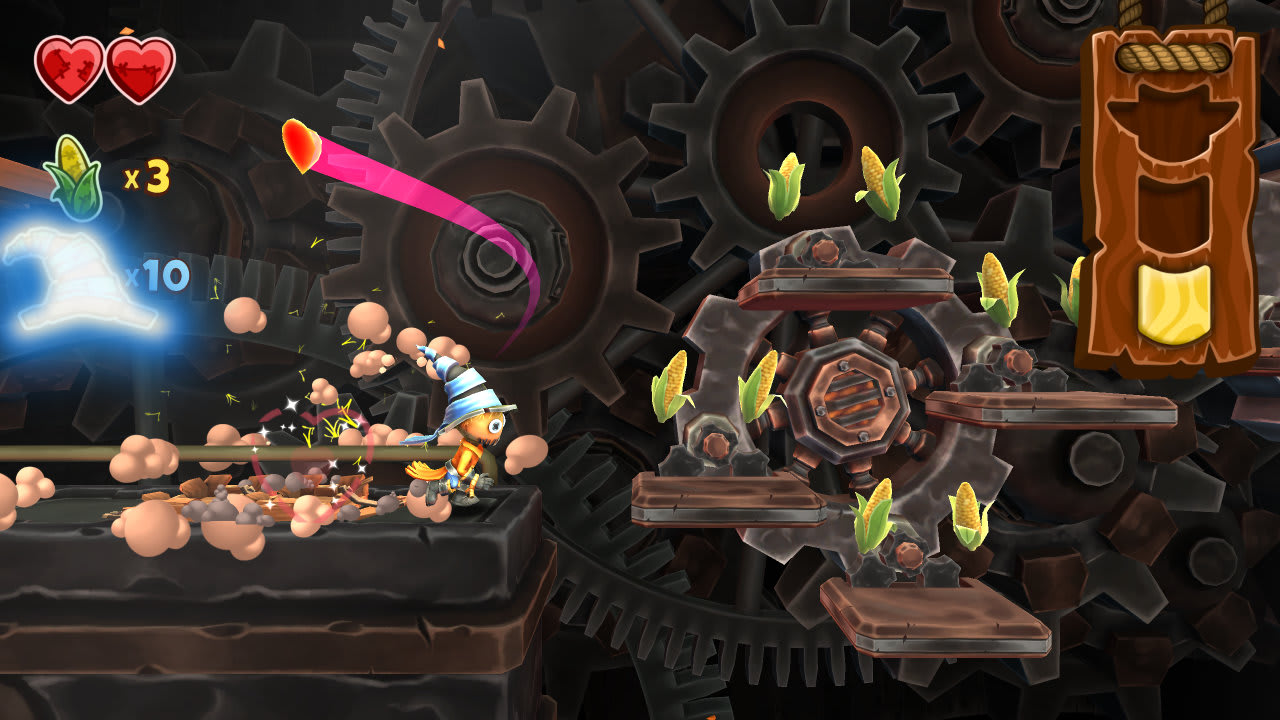 If you’re looking for a colorful and fun 2D action platformer with an all-ages adventure that will not feel overwhelming, then Stitchy in Tooki Trouble is a good option. It offers an experience that should last you 3-4 hours, with extra levels to unlock, taking you through jungles, snowy fields, minecarts levels, and more. Stitchy in Tooki Trouble is out on Nintendo Switch with a $12.99 asking price.

Disclaimer
This Stitchy in Tooki Trouble review is based on a Nintendo Switch copy provided by Polygoat.

Angels with Scaly Wings Out Today