In Godstrike from OverPowered Team and Freedom Games, you’ll be taking on a 3D fast-paced bullet hell boss rush game on Nintendo Switch that will test your skills in full! Time is the most important resource you have, but it’s a finite one that will always have you one step closer to a game over. If you’re damaged, your overall time for the battle will be lowered. If you decide to add an ability or two in order to boost your character, then your overall time will also be lowered. Time acts as both your health and the game’s currency, which makes for an interesting setup. Once your time runs out, the next hit will end you. 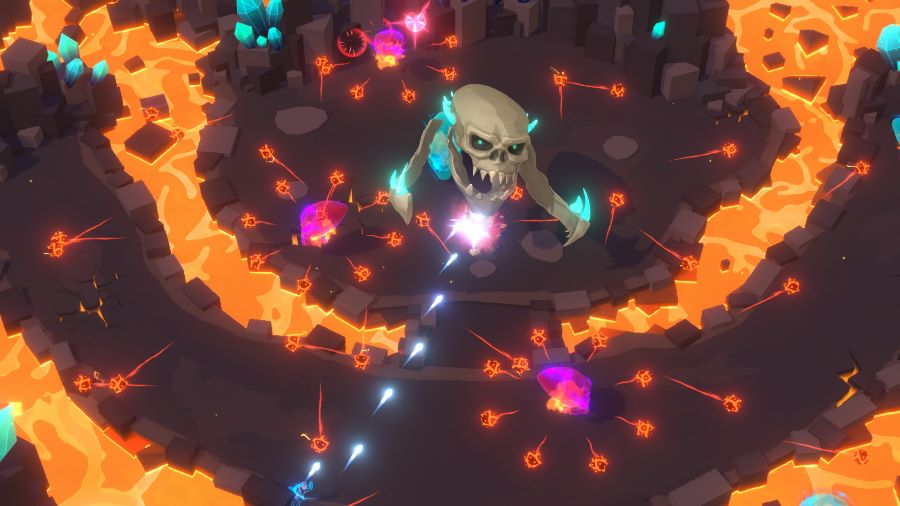 You’ll be taking on this journey as Talaal, the last of God’s seven masks. Talaal manages to find a new bearer – Yissia – just in time to be able to battle against her siblings. It turns out they’re hunting her down in order to take the power contained within the mask. You will play as said bearer wearing the mask, waging a war in which she did not belong, trying to find a way to break the cycle. With every run, you’ll learn new valuable information about the bosses you’re battling, learning from your mistakes while also unlocking new abilities to extend subsequent runs. Yissia is now forced to be a Herald, and there’s nothing more to do but fight.


You can play in Arena Mode, Story Mode, take on the Daily Challenge, or go into Challenge Mode, which leans into roguelite elements. Story Mode is the main attraction since it will have you fight against the other masks to try and find a way to escape from everything that is going on. Arena Mode will allow you to equip some active and passive abilities – more on these in a bit – before you take on a string of fast-paced boss fights. As its name suggests, the Daily Challenge will offer you a specific challenge for you to take on during that particular day. There are also leaderboards to consider if you’re the competitive type. 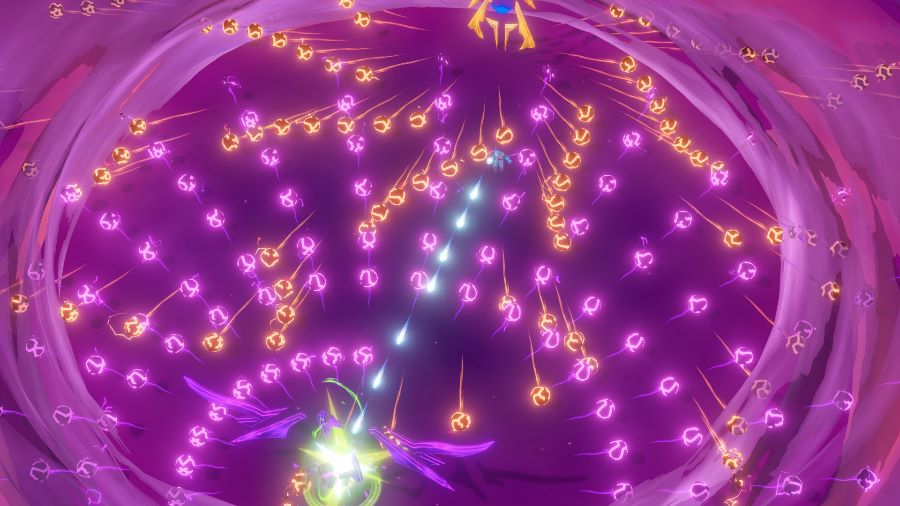 The controls are easy to get the hang of so that you can focus on staying alive as you avoid the tons of bullets flying your way. You’ll move with the left analog stick or the D-Pad, shooting with the right analog stick or the A, B, X, and Y buttons. The skills you can unlock and equip will be assigned to the L, ZL, R, and ZR buttons. This keeps things simple and to the point so that you don’t have to think about complicated button combinations as you try to avoid all of the bullets coming your way.


After you beat a boss in Story Mode, you will get a chance to unlock active and passive skills to customize your loadout. Active skills are the ones that you can activate with the shoulder buttons, but they come with a cost: to equip them, you’ll have to pay for them with some of your time! These include allowing you to teleport over a short distance, casting a protective shield for a few seconds, or summoning a sword that rotates around you, damaging anything that comes into contact with it. As for the passive skills, you can increase your movement speed, lower the damage you take or adding an extra 30 seconds to your timer, to name some examples. Active abilities also need you to have collected enough souls to use them, so you’ll have to grab them during battle while avoiding attacks. 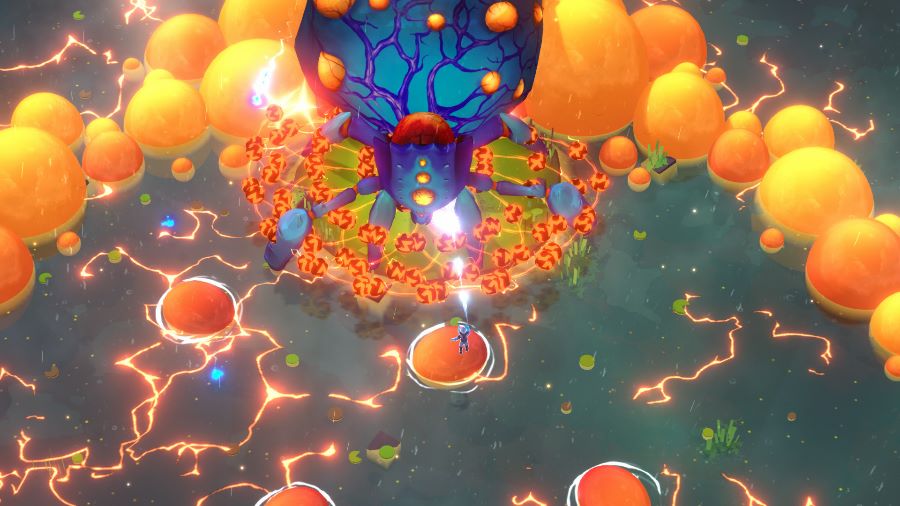 Each boss fight you take on will be split into different phases. Once you deplete a boss’ life bar, you will move onto the next phase, during which you’ll have to pay attention to the new movement and attack patterns you’ll have to deal with. Don’t expect to beat a boss during your first battle, since you’re going in blind and without any idea of how it will come after you. Death is part of the cycle since you’ll start to notice the best way to avoid attack patterns, reaching the last phase of the boss fight with more and more time on your side. 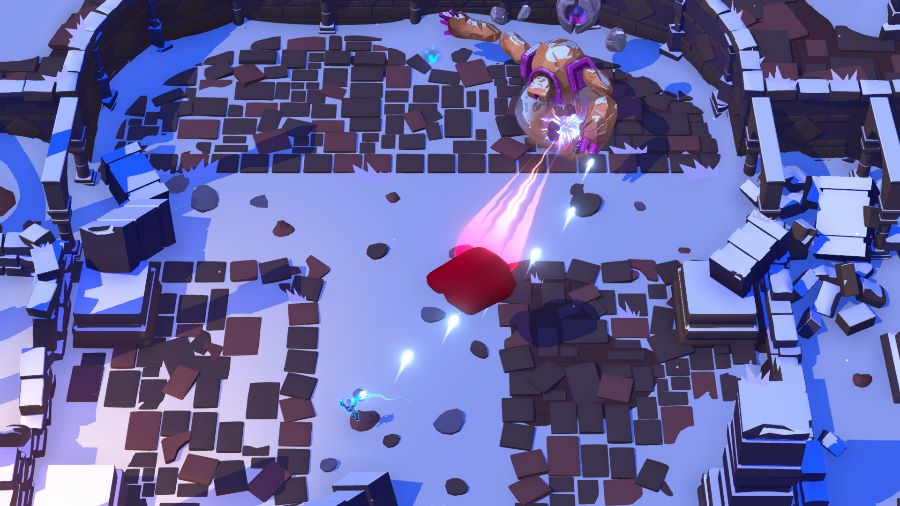 Godstrike is not going to be for everyone, given that it starts as a hardcore experience, and the challenge only increases from thereon. Being able to customize your loadout based on the active and passive abilities available to you before taking on the next boss fight adds a bit of strategy to the equation, as you balance which active abilities to add while balancing how much time/health you’ll have for the battle, complementing them with the right set of passive skills. Godstrike is out now on Nintendo Switch with a $14.99 asking price.

Disclaimer
This Godstrike review is based on a Nintendo Switch copy provided by Freedom Games.

Judgment Out Next Week On PS5

The Skylia Prophecy Out Next Week