[Nintendo Switch] DON’T GIVE UP: A Cynical Tale Review


In DON’T GIVE UP: A Cynical Tale from Taco Pizza Cats Games and Nuchallenger, who previously gave us the very fun Treachery in Beatdown City, you’ll be taking on the role of Tris. He had a nervous breakdown four years ago and has now moved on to a new city where he’s working hard to try and make it as an indie developer. Unfortunately, the demons from his past have come to haunt him again, but something feels a bit… off. It seems the demons are also able to affect the city itself, so Tris must do whatever it takes to defend himself and his new home before it’s too late. 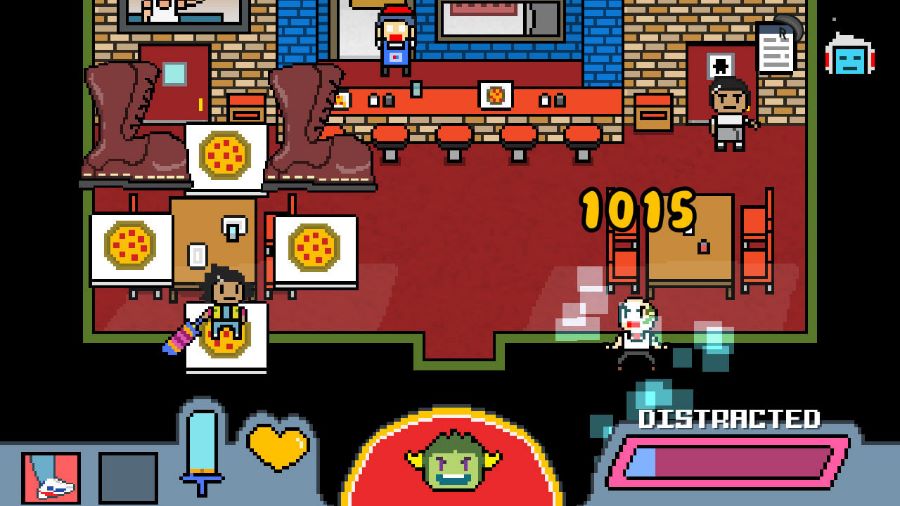 The game deals with some serious topics that are even more relevant right now, given the worldwide pandemic we all find ourselves in. Main character Tris is dealing with bouts of self-loathing, anxiety, doubt, and depression, issues that we can certainly relate to in 2021. What he’s going through in Threeson is certainly a bit more out of the ordinary than usual, but his inner demons and the dark turns in the story are something that ends up affecting millions of people around the world every single day.


Once you’re ready to start with your journey with DON’T GIVE UP: A Cynical Tale, you’ll move Tris the left analog stick or the D-Pad, running with the ZR button. You can perform actions with the A button, interacting with the many characters around you. If you ever feel lost and need a refresher, you can press the X button to call on Mochi, your digital assistant. This will allow you to check your to-do list. When in battle, the A button will also be used for small attacks. Large attacks are mapped to the B button, and you can try and parry incoming attacks by pressing the Y button at the right time. Do things right, and you’ll be able to combo your way through fights as you gain enough energy to unleash an ultra attack with the X button. 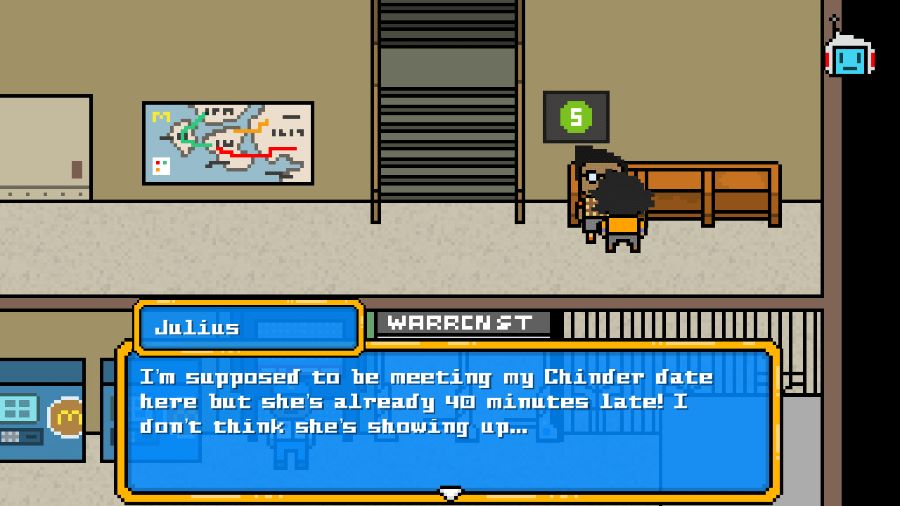 Combat in Don’t Give Up is turn-based. Because of this, you’ll go through the same cycle every time: your enemy takes its turn, and then it will be time for you to act accordingly. Your enemy’s turn will last until its guard is broken, so you’ll have to land ranged attacks with the A button or parry its attacks with the Y button by timing things just right. You will move around four squares that will flash to announce where an attack will land. As expected, if your hit points run out, then you’ll die, so be sure to keep an eye on the heart at the bottom of the screen. During your full turn, you can hit your opponent as they recover their guard gauge so that you can maximize your damage output.


If you make the most of Smak Talk, you could end up verbally diminishing your opponent in order to gain a battle perk. But if you take things too far, you could end up firing up your opponent, which certainly is not good! Buffs will give you an advantage over your opponent, while debuffs will make your life a lot harder. And as you take action in battle, don’t forget that your Ultra Meter will start to fill up. Once it’s ready to go, you can unleash an Ultra Attack with the X button that is going to deal a ton of damage. 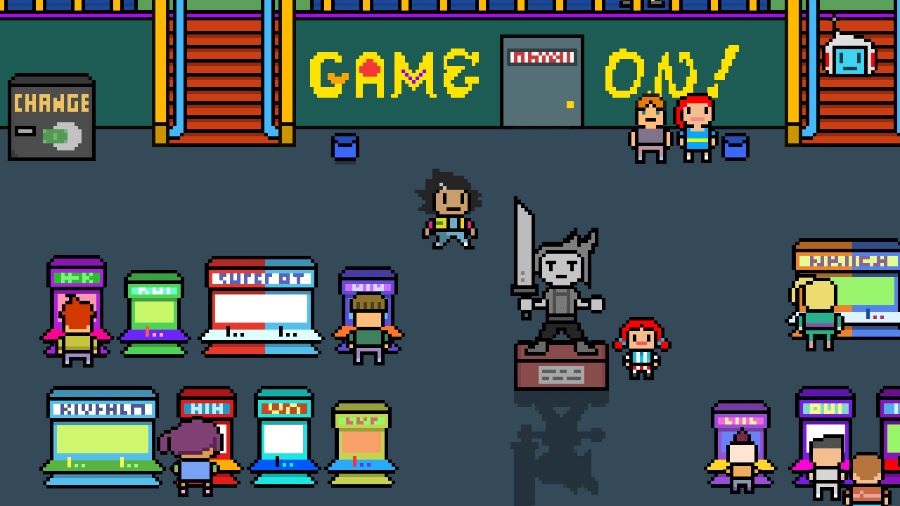 Tris is not the only character you’ll be controlling. Every now and then, you’ll get to control Subris. In the name – and overall purple skin hue – hasn’t clued you into things, Subris is Tris’ subconscious. He’s a 16-year-old magus prodigy and the youngest to ever sit amongst the guardians of Limbic, the world he calls home. He’ll be exploring a more bizarre land compared to what Tris has to deal with, but between the two, and the many unique characters you’ll get to meet along the way, I was definitely getting some Earthbound vibes, which is definitely not a bad thing! 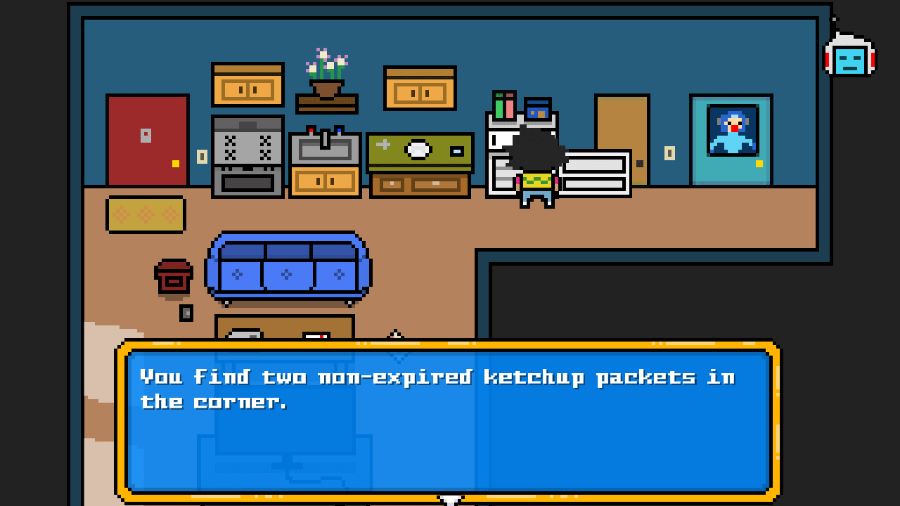 DON’T GIVE UP: A Cynical Tale is a different type of RPG. There are no experience points, no leveling up, no stats progression, and certainly no looting – Subris will, in fact, make this very clear when you find a treasure chest out in the open during a reconnaissance mission. The drive will be in the game’s story beats with the different non-randomly triggered battles you’ll take on. DON’T GIVE UP: A Cynical Tale is out on Nintendo Switch with a $9.99 price.

Disclaimer
This DON’T GIVE UP: A Cynical Tale review is based on a Nintendo Switch copy provided by NuChallenger.

Nongunz: Doppelganger Edition Out Next Week