Baobabs Mausoleum Grindhouse Edition on PlayStation 4 is a collection from Zerouno Games that brings together all three episodes of the series under a single release for Sony’s console. The story (in the first chapter) starts with a brief intro where you see your character, Watracio Walpurgis, a purple eggplant FBI agent, talking on the phone while driving his car. Suddenly, he sees what looks like a mutant deer on the road and crashes into a tree. When he wakes up, the car is broken, his wallet has been stolen, and he lost his cellphone.

The only thing left to do is to go and find some help, which will lead him to a town that only appears once every 25 years: Flamingo’s Creek. Upon arriving, he’ll be greeted by Reverend Timothy Gloster Jr., who tells him right away that the town is a place where bizarre adventures take place. He’ll also tell you about finding who is inhabitant #64 before leaving. From there, your story will take you to different places around town. Your goal will first be for you to find a way to leave, but, along the way, this evolves into something else.

At its core, the game is a puzzle adventure game, but it has a few things that will throw you off guard while you play. The game’s perspective is mainly from a top-down view where you see one screen at a time, transitioning to another screen when you exit on any side, pretty similar to the original The Legend of Zelda. When you get close to a point of interest, you’ll see an icon appear on the screen, so you’ll know that you can either interact with an object, sometimes to pick it up, or talk to the people in the town. In order to proceed, you’ll sometimes be tasked with finding objects or interacting with things that will unblock your progression, such as, for example, hurling a giant nut from a catapult to make a guard dog explode. 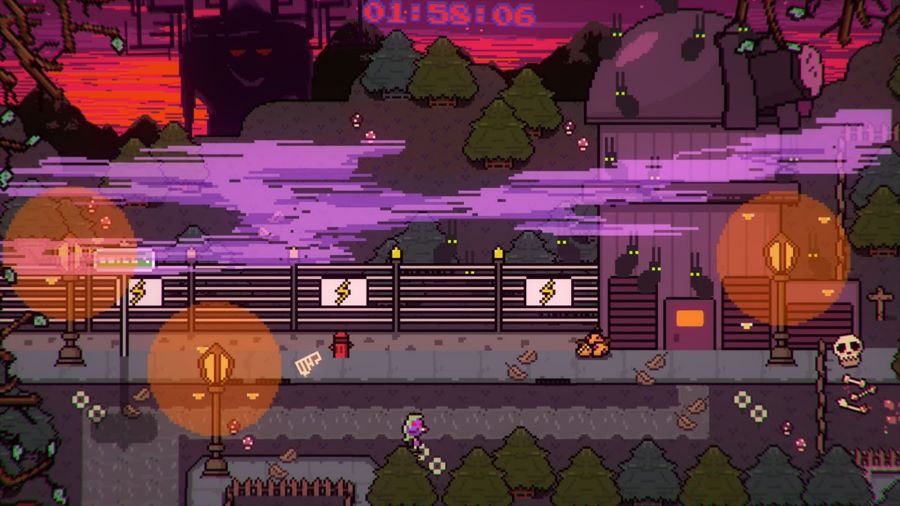 Then there are those other moments, which certainly stand-out. Early in the game, you’ll enter a turn-based RPG-style fight with someone, with a choice of commands like Attack and even Object (which you have to try!). Then there’s this complete act in the first episode that you’ll play from a first-person perspective since your character finds some 3D glasses and tries them on. Those are the kind of moments that throw you off guard, but they are welcomed and fit the game’s humor.


Visually, the game has some old-school 8-bit style graphics with a nice creepy tone to things. It also has lots of different scenes, so going around town is not a repetitive experience. The music also perfectly fits with the game’s tone, with some occasional quack and burp sound that – again – fall right within the real of the type of humor the game has.

To be honest, I wasn’t too sure about what this would be when I started the game. The name was weird, and it was a game that I had never even heard of, even though the first episode released on PC in 2017, but then things got funny… quickly! The story is a simple yet funny one, and there are all sorts of twists going on that you’ll discover as you play through the three episodes the game offers. I never found myself scratching my head over the game’s puzzles, so it’s one that you can go through without worrying much about being stuck somewhere for a few hours. I actually got through the first episode in a small evening, so it’s a game that you can certainly complete during an extended gaming session if you’re up for it. 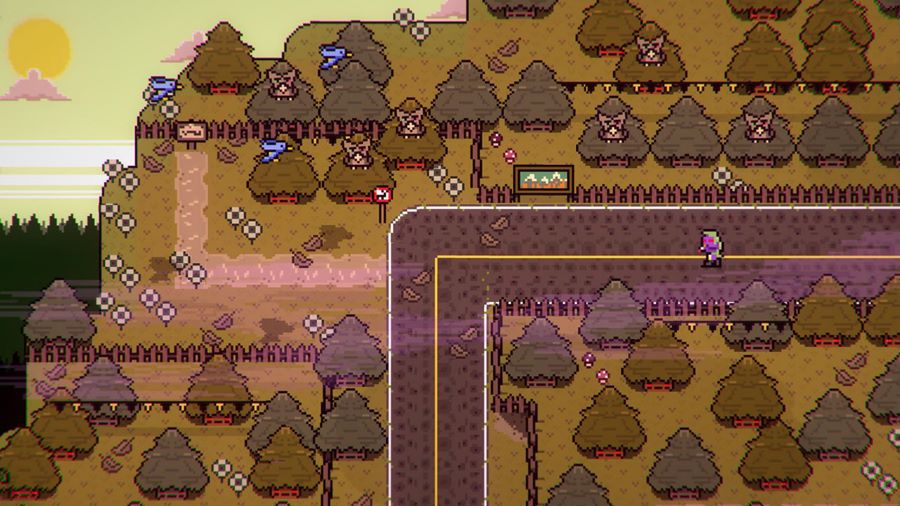 I also really enjoyed the change of pace from time to time in how the game plays. One moment you’re finding objects from a top-down view, the next, you’re playing hide and seek with beavers from a first-person perspective. Those are the type of moments that make this game’s story and gameplay style really fun, but there’s something that made my experience with the game a bit bitter, and it has to do with the game’s trophies.


There’s a Platinum waiting for you, and the list is a relatively easy one to work through. You have to get through all three episodes, with a few objectives that might require you to start over some acts, but nothing too stressful, and nothing extraordinary in terms of challenge… except for some trophies that require you to, say, clear a dungeon “in a record time.” I spent probably an hour replaying that act, trying to perfect my run in the best way that I can to try and get the trophy, but to no avail. 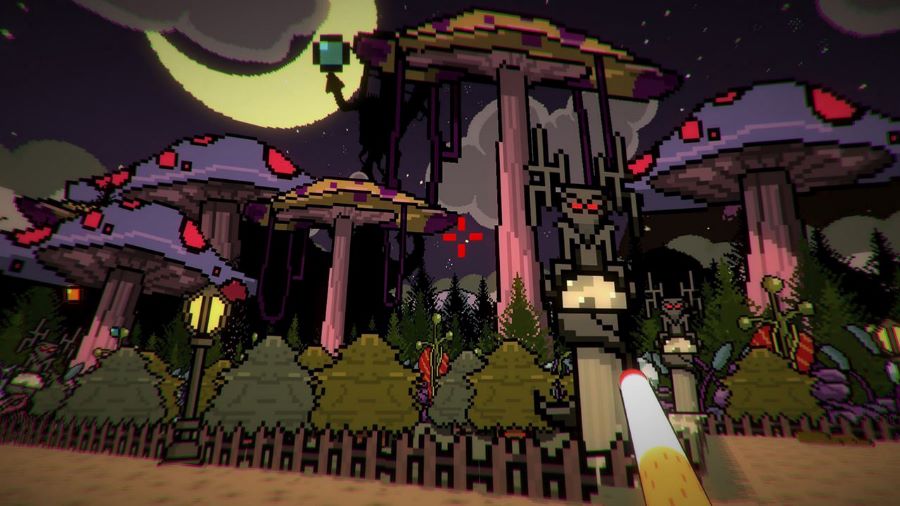 Then, at some point, I decided to go into the Trophies menu from within the game, and this is where I found out that I had actually unlocked the trophy… from the game’s perspective, that is, but not from the console’s point of view! Digging a bit on the internet, I found out that the original release of the game had a few achievements issues with it that have, unfortunately, made their way to the ports of the game. My advice would be that every now and then, you check the trophies to make sure that you got this or that trophy when you know you completed the corresponding requirements.


Baobabs Mausoleum: Grindhouse Edition is a really fun game. Its price might seem a bit steep, but it’s definitely a game that’s worth playing. Do be aware of how some trophies might not pop when they should, even though they’re counted on the trophy list, which might rub trophy hunters the wrong way.

Disclaimer
This Baobabs Mausoleum Grindhouse Edition review is based on a PlayStation 4 copy provided by Zerouno Games.