Welcome to Oakmont, Massachusetts… The Sinking City. People here are different from everywhere else, and Lovecraftian nightmares await around the corner. Check our The Sinking City review!


The Sinking City® on PlayStation®5 offers the following improvements:

The Sinking City is an adventure and investigation game set in an open world inspired by the universe of H.P. Lovecraft, the master of Horror. The half-submerged city of Oakmont is gripped by supernatural forces. You’re a private investigator, and you have to uncover the truth of what has possessed the city… and the minds of its inhabitants.

* An oppressive atmosphere and story inspired by the universe of H.P. Lovecraft.
* A vast open world that can be explored on foot, by boat, in a diving suit…
* High replay value thanks to an open investigation system: each case can be solved in a number of ways, with different possible endings depending on your actions.
* An arsenal of weapons from the 1920s with which to take on nightmarish creatures.
* Manage your mental health to untangle the truth behind the madness.


The Sinking City is getting a re-release thanks to a PlayStation 5 version that takes advantage of what the new console has to offer, bumping the native resolution while offering a 60fps framerate, and improved graphics here and there. If you aren’t familiar with the PS4 version, The Sinking City is about a detective that travels to a city that floats on water, the lovely Oakmont, Massachusetts. The game is taking place in the 1920s, which is neat since it helps to drive the film noir/horror angle. The game is packed with Lovecraftian creations and his writing, which makes for an interesting experience. The best thing for me about the game is Oakmont itself, which feels like a character. The city is flooded, almost drowning, and you’ll need to move around it by boat, which was really interesting since it’s a dark, gloomy, and mysterious setting that will haunt you all the way through. 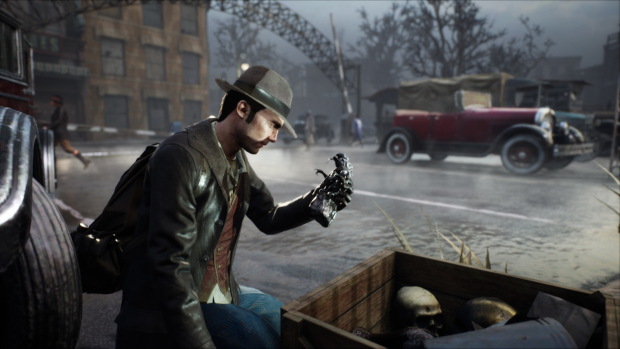 You are quickly introduced to the colorful characters and the citizens of the city. Each of the citizen’s look varies considerably with all sorts of imagery thrown at you, from slug men to some regular humans, all at once. It was their personality that really stood out since all of the characters have unique traits that help them stand out.

As a detective, you will be asked by the people to help solve some of their problems, and this is really the best part of The Sinking City. They actually treat your character as a detective and don’t just give waypoint markers for you to go to solve the problem. Instead, you’ll have to go to several of the archives around the city, which are introduced early on, and look things up about the case and the people involved, finding the right info and correlating it between the different sources. This felt so fresh and different compared to other games which would use a “Detective Vision” of sorts and just simply point you at the items or people you need to find and the paths you need to take.


Now there will be times when it is much harder to make the right connections with the info on hand, and I did run into one particular connection that didn’t click at first. After going from archive to archive for a bit, I finally found what I needed, but that was very rare in this game. I certainly like that part of the gameplay loop and would love to see a sequel or another game with a similar formula! 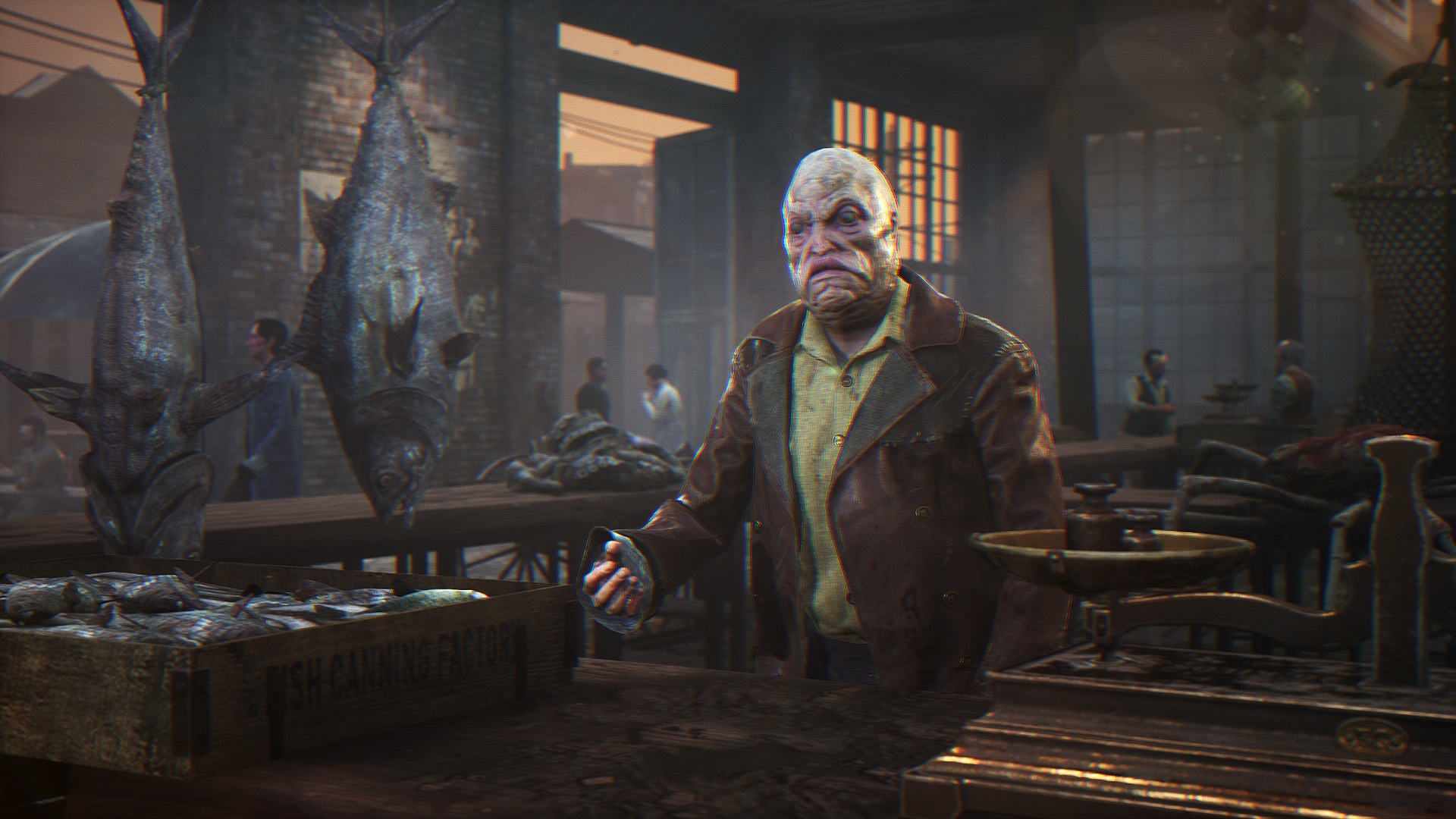 Now that I’ve talked about what I really liked, let’s talk about one of the things I didn’t like abioutu The Sinking City: the combat. This part of the game feels clunky and unintuitive. While the enemy designs are so cool and out there, the gunplay just doesn’t feel on the same level. In fact, I found myself using melee attacks sometimes instead since I couldn’t rely on the guns. I would often struggle with larger batches of enemies, before death claimed my soul. The good news is that the team has been very generous with the checkpoints system, so you will never lose too much progress when you do die.


Since I am playing the PlayStation 5 version, let’s talk about those enhancements. The game loads really fast, which is to be expected thanks to the console the SSD. When reloading checkpoints or fast traveling, it’s just really quick! This comes in handy when moving between the different archives as you’re trying to solve some puzzles. It has some DualSense integration with resistance on the triggers when firing your weapon or taking a picture, which I appreciate since it helps with the immersion. The game is gorgeous, running at 4k and 60 fps. Oakmont is a beautifully realized city, and the extra power from the PS5 makes it look even better. There is a remarkable and noticeable upgrade to the game’s look when compared to the PS4 version. 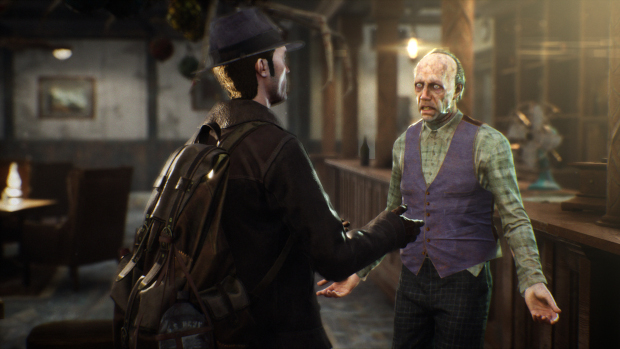 I really enjoyed The Sinking City. Oakmont is a beautiful and mysterious place, and exploring it was a pleasure. I loved the detective aspects of the game, since they were different from what I was expecting. The combat is a bit clumsy and feels dated, so hopefully this is something that can be improved for a sequel or for a new game from Frogwares.

Disclaimer
This The Sinking City review is based on a PlayStation 5 copy provided by FROGWARES IRELAND LTD.