Russian Spaceman Spider-Man in PlayStation VR? Count me in! Come and check out our Yupitergrad review!


Yupitergrad is a plunger-driven cosmonaut game where you can swing through a space station in style – all in cel-shaded graphics. Can you believe that grappling hooks are the definitive way of locomotion in a place like this? It’s a one-of-a-kind experience, where VR platformer meets puzzles in a single-player campaign. It also gives you arcade thrills with Time Attack mode. All of this is soaked in a delicious dieselpunk sauce.

* Finally, a dynamic VR platformer without the risk of motion sickness.
* Indiana Jones-like navigation where you use grappling hooks and boosters? It’s like a jam and peanut butter combination.
* Campaign with over 50 levels, wacky plot, and a dose of Slavic humor and dad jokes.
* Everyone loves environmental puzzles – and we have them!
* Time Attack mode will have you swinging through 20 arcade levels, complete with leaderboards.
* List of energetic and atmospheric tracks.
* Unique dieselpunk-in-space vibe.
* Easy to learn! You need only two minutes to start swinging

Yupitergrad is a very interesting game featuring Spider-Man/Iron Man locomotion down aisles in a VR space. I was really curious about this one after watching the trailer since it’s usually hard to keep up a game like this without developing motion sickness. Iron Man was able to avoid this, so I was hoping for Yupitergrad to be in the same situation. 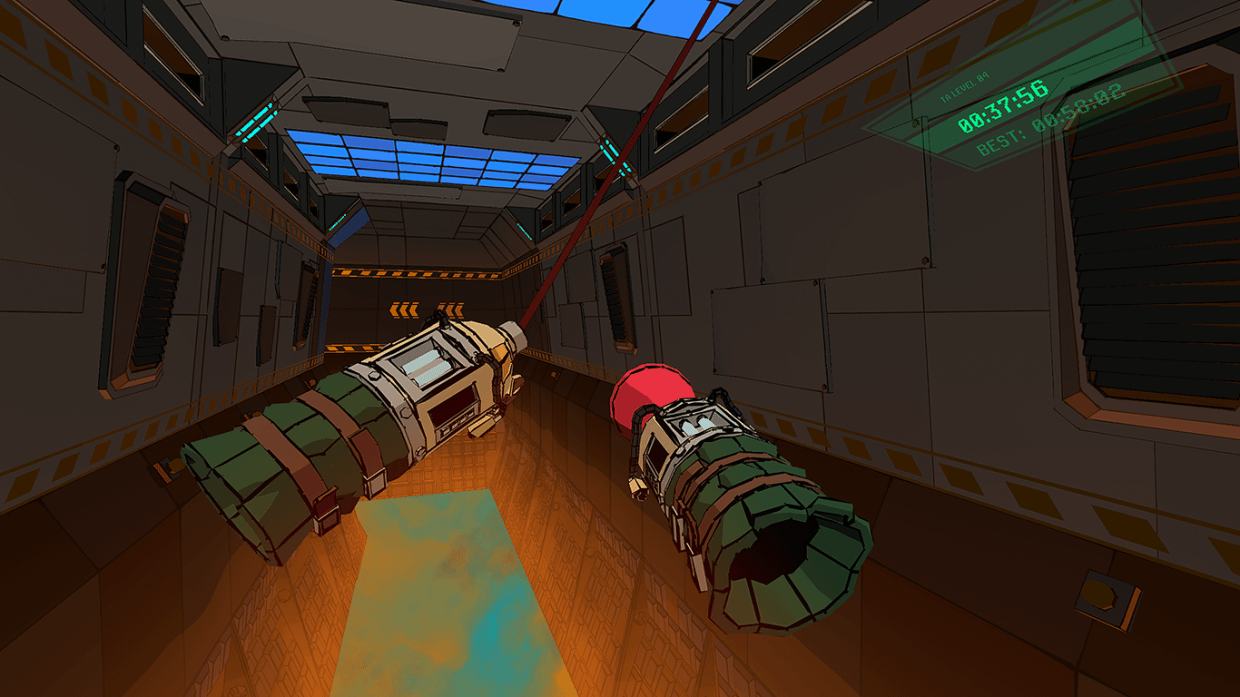 A Russian Space Station is broken, and, for whatever reason, you are the only person who can fix it. Also, the Space Station – who knows why – is a deathtrap, so you will need to use your skills to maneuver around it as best as possible. I don’t know why but, as I was playing this one, all I can think about is that I was the Russian cosmonaut from the movie Armageddon played by Peter Storemare.

Yupitergrad will run you through a tutorial so that you can get used to the locomotion system. It’s part first-person Spider-Man (doing a much better job than that Spider-Man VR experience) and part Iron Man, using your hands as thrusters. This actually worked really well, as did switching between them. Just like Marvel’s Iron Man VR, it somehow has that same feeling where using your hands as thrusters makes sense. Now, don’t get me wrong, the PlayStation Move controllers have done a good job with PlayStation VR, but that tech dates back to the PlayStation 3! It still works, but the lack of analog sticks and the need to worry about light affecting them can hamper the overall experience. I definitely look forward to seeing more about what the new PlayStation VR will bring to PlayStation 5. 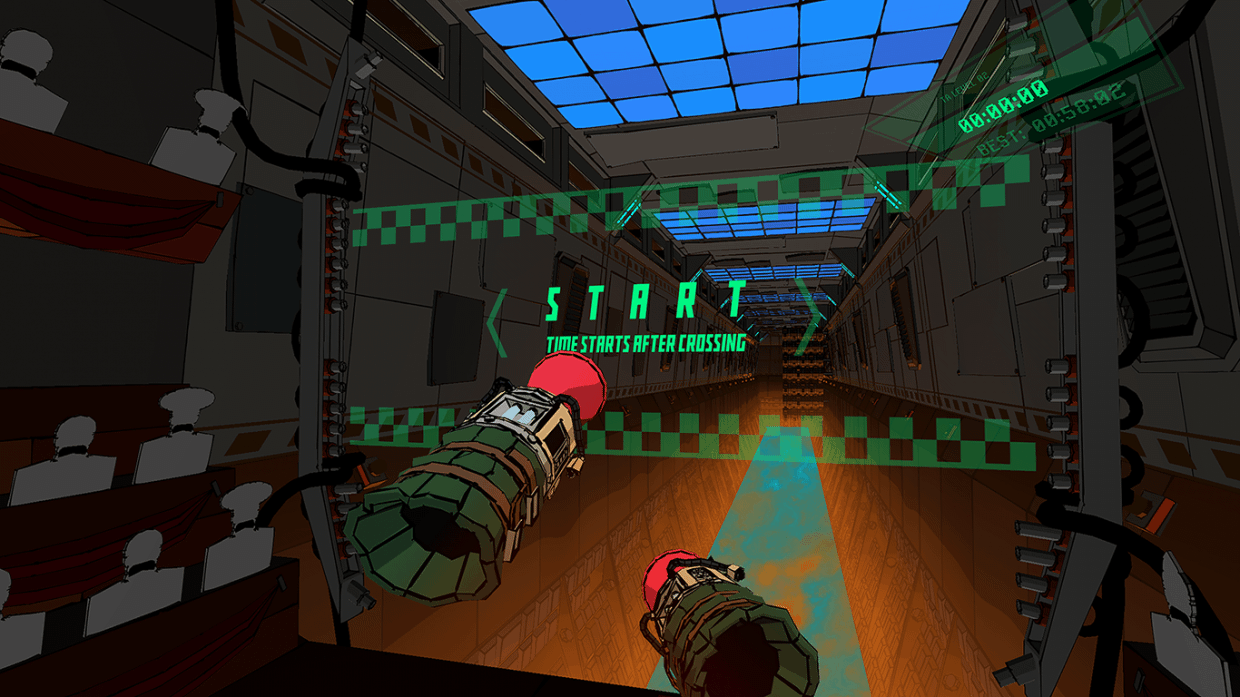 Now, I do have questions. Such as, why are there meat grinders on a space station? Seriously who designed this one to be a deathtrap? As I navigated the levels, just like in Iron Man VR, everything clicked for me after a level or two. Before long, I was swinging to navigate, using my thrusters when I had to slow down and solve a puzzle. I actually found it to be quite relaxing swinging around, but I did find my arms were getting quite the workout. My Fitbit actually clocked it as a workout, in a similar way to some of the other more demanding PS VR titles I have played.

Now Yupitergrad isn’t that long, as is usually the case with many games on PlayStation VR, so you’ll be able to beat the game’s campaign in a few hours, which feels just right. The game does not overstay its welcome, nor does it feel too short. That being said, you can also jump into Time Attack Mode if you want to do things a bit differently. You can compete against other players to win a slot on the leaderboard with your best times. 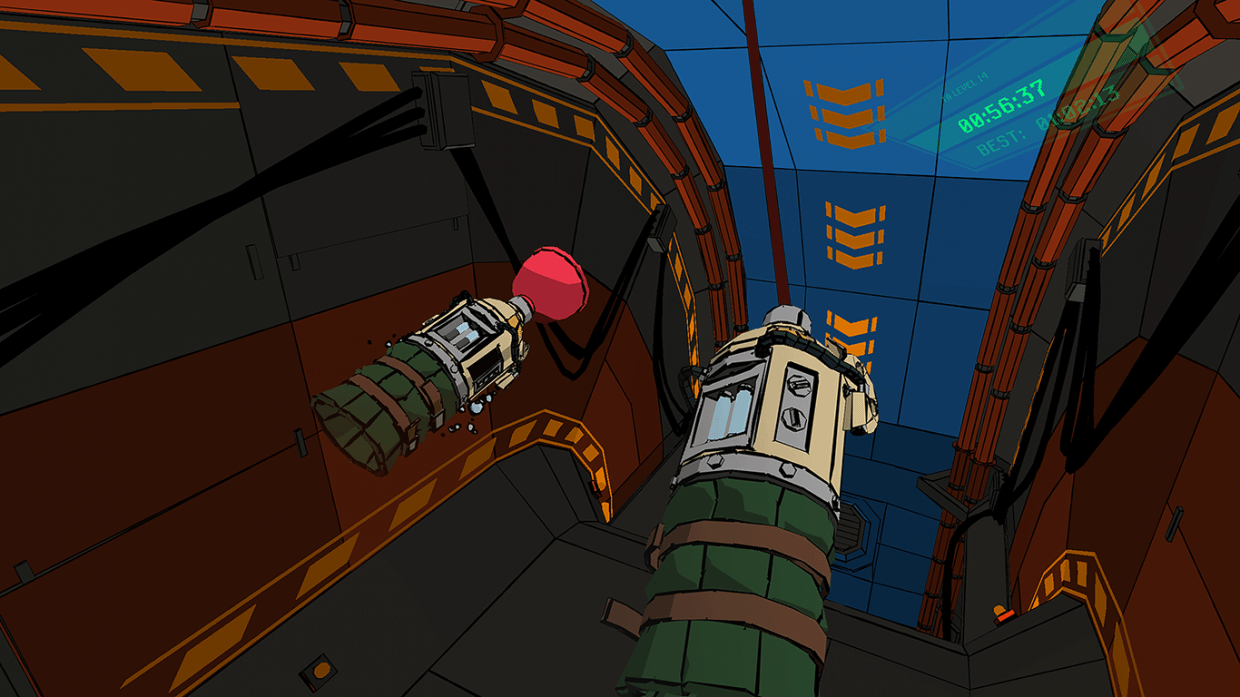 What really struck me was the art style choice of the game, since the team went with a more Borderlands cell shaded look, which I love. It’s visually stunning and just adds to the world that Jupitergrad has to offer. I also enjoyed the voice work of the cosmonaut since it consistently made me smile and laugh as I played, thanks to how Yupitergrad does not take itself too seriously.

I was initially worried after watching the trailer for Yupitergrad since I was sure I would be feeling sick from motion sickness after reviewing it. The devs have, however, somehow pulled it off, creating a very satisfying gameplay system – one of the best I have played in a PS VR title in a while. The game is a fun puzzle platformer and one of the best showcases for what PlayStation VR can offer. If you have a PS VR unit, this is definitely something you will want to check out!

Disclaimer
This Yupitergrad review is based on a PlayStation 4 copy provided by Gamedust.