Lost Words: Beyond the Page from Sketchbook Games and Modus Games is a story-driven adventure in which you’ll begin by first getting to know the narrator. In this game, the story is told from the perspective of a young girl named Isabella – Izzy to most -, and you’ll begin by being in her personal diary. It’s interesting because instead of just reading the text like in, for example, a visual novel, you’ll have to walk and jump over the text lines that are being written and read out loud. 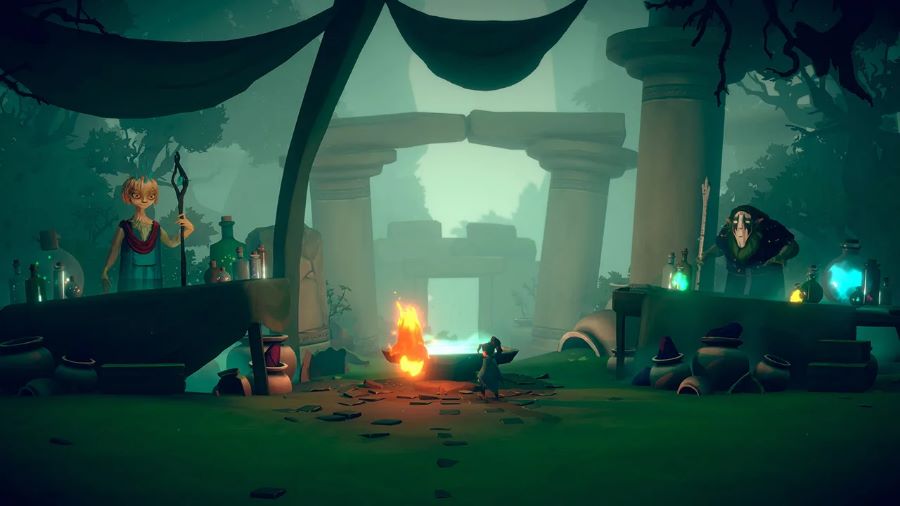 As you advance through the story, you’ll also slowly discover more elements about the life of the young girl, of her family, and her desire to become a writer and draft a book. You’ll have to move some words around in order to either decide what some parts of the story will be like, or to “write” yourself a path forward. These segments are very fun, and honestly, are quite beautiful to look at. And as the game advances, you’ll get to explore the fictional world of Estoria as the main protagonist Izzy has created. When in Estoria, the gameplay changes from the girl’s journal to a great-looking 2D side scroller. 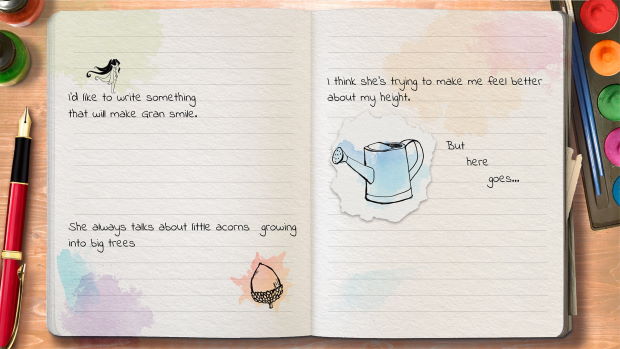 You’ll soon discover that the story’s character – which you’ll get to name along with Izzy – is, in fact, a Firefly Guardian. A Firefly Guardian is the keeper of the little spirits that protect the surrounding villages. After a dreadful event, the fireflies are scattered throughout the world, and it’ll be the heroine’s task to both recover them and get rid of whatever caused the issue in the first place.

But our Firefly Guardian won’t be empty-handed on her quest, as she’s blessed with a special power: she can memorize spells in her handy book and use those learned spells to aid on her quest. For example, your book will begin with a single spell that allows you to levitate different objects that are clearly indicated by a blue, glowing aura. After this, other spells are introduced that can repair broken objects, destroy blocks on your way, extinguish fires, and more! 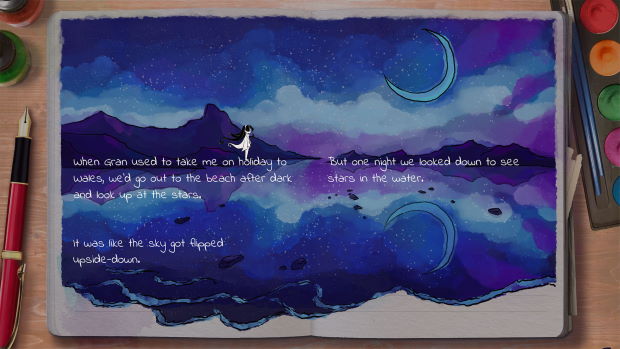 The little girl is controlled by using the left analog stick, and the right analog stick controls her helping firefly, which is used for interacting with words and images in the book or for directing spells towards their destination. It’s a great concept, but having played Child of Light way back with a similar mechanic, I would have liked the option to control the Firefly with a second controller for some fun local co-op action. You will also, as expected, jump with the X button.

The game itself uses an amazing art style, and the book and the cutscene segments are really beautiful to look at. Everything looks like it has been painted with an aquarelle style. Once you’re out of the book, the environments are great but not as beautiful as the book itself. I also noticed that while out of the book, the game has a hard time keeping the fluidity level and stutters a bit on my launch PlayStation 4. The soundtrack is also orchestrated, which was a good decision since it’s a great way to complement the experience. The PlayStation 4 fan wasn’t too loud either when I was playing, which is definitely great this late in the console’s lifecycle. Finally, the voice acting was also great, with a good choice for the narrator, whom you’ll be listening to from start to finish. 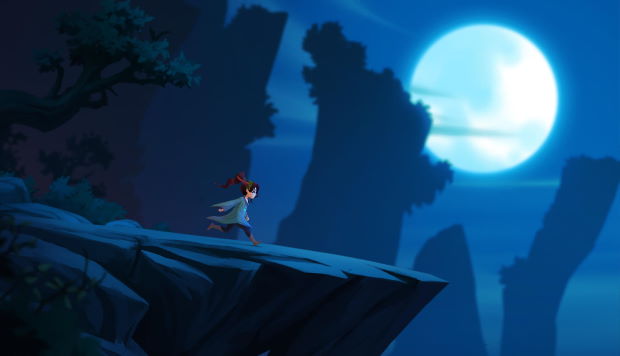 Lost Words: Beyond the Page is a great 2D interactive narrative game that features an amazing art style and great voice acting. I liked playing through the different chapters of the game since the difficulty never got of hand, and new elements are introduced at a steady pace. This game is easy to recommend to gamers looking for a peaceful and relaxing experience with an interesting story and setting. 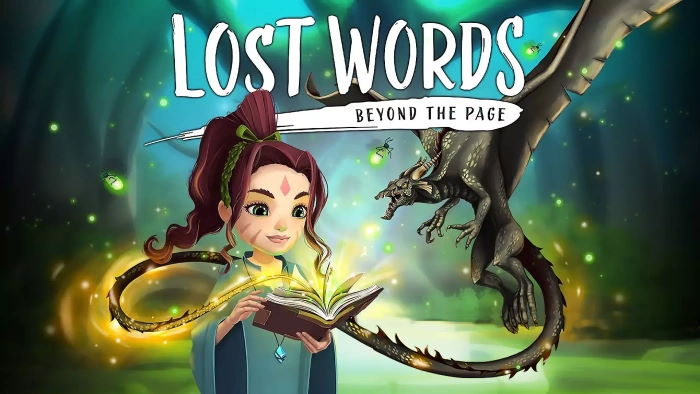 Lost Words: Beyond the Page Review

Disclaimer
This Lost Words: Beyond the Page review is based on a PlayStation 4 code provided by Modus Games.