Horned Knight from 2Awesome Studio is a minimalist 2D action-platformer on PlayStation 4. Learn more about it in our Horned Knight review!


In Horned Knight from 2Awesome Studio, you’ll be taking on a minimalist 2D action-platformer starring the titular character. It’s an arcade-style game with an old-school feel to it, in which you must avoid many hazards and battle against the enemies on your path as you try to get from point A to point B. Reach the level’s exit without dying, and you’ll get a Perfect for that particular stage. Die, and you will resurrect at the last checkpoint that you activated. 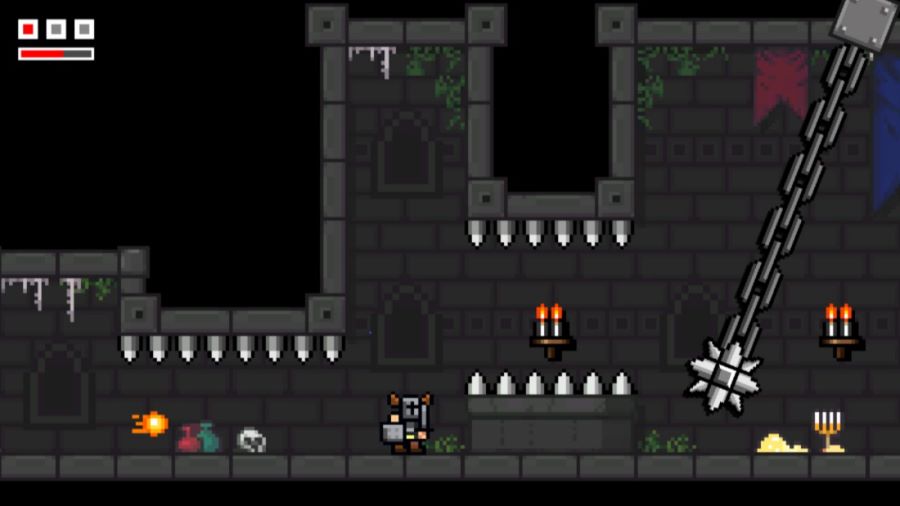 You’ll be controlling your knight with the left analog stick or the D-Pad, jumping with the X button, and you can also wall jump or slide down by hugging a wall. You have a mighty sword that you can swing by pressing the Square button. You have hit points to keep you safe, which you can see in the upper left corner of the screen. As you defeat enemies, a bar below your hit points will start to fill up. Once it’s full, you’ll get an extra heart to recover from some of your wounds. If you need to quickly move through a tight spot or want to put some distance between yourself and an enemy, you can do this by dashing with the Circle button. 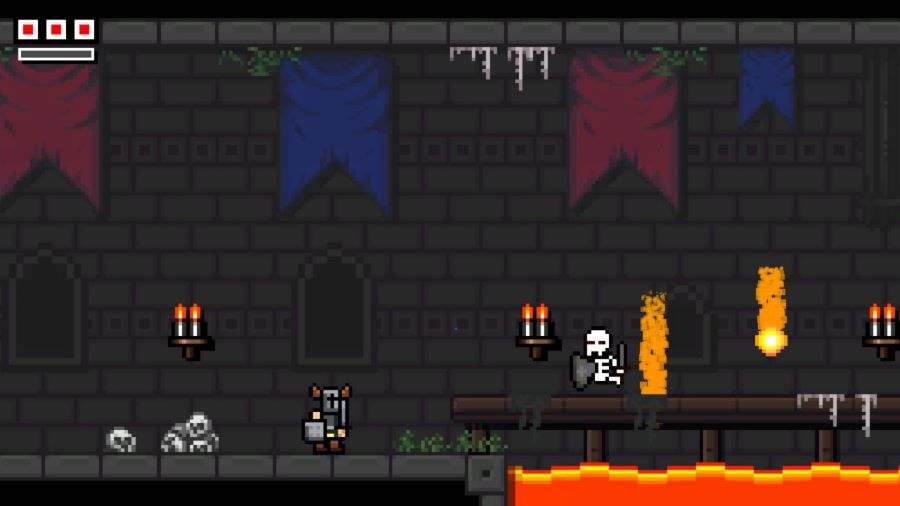 As you journey through the 32 levels that Horned Knight has to offer, you’ll need to stay away from the lava, the fireballs, the always classic sharp spikes, swinging spikes, disappearing platforms, and arrows as you attack giant snakes, reanimated skeletons, spiky turtle-like creatures, giant bats, slimy slugs, and take on the big boss at the end of each chapter in the game. Since there’s a slight delay between when you press the X, Circle, or Square buttons and the corresponding action is performed, you will need to adjust to so this so that you don’t end up dying that much. The good news is that the checkpoints are plentiful and that there’s a trophy for dying a bunch of times! 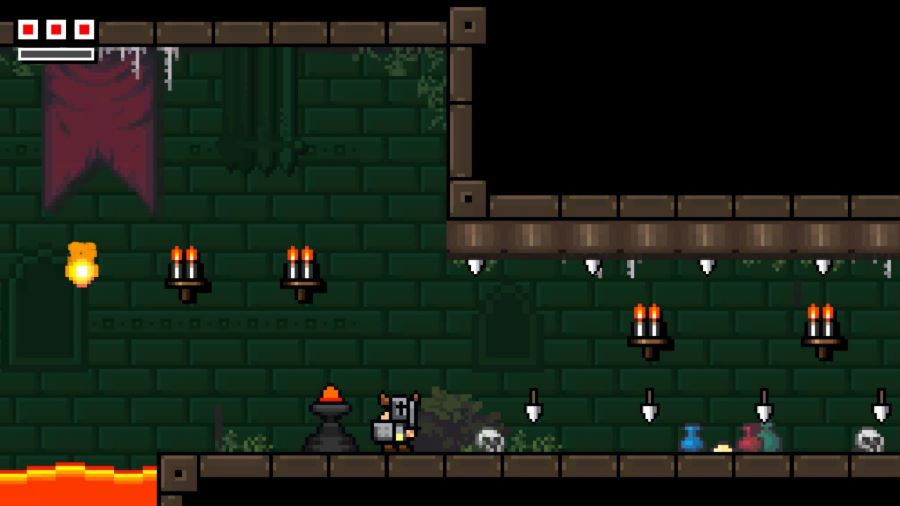 Speaking of trophies, this one has a full trophy list with a Platinum trophy for you to aim for, which depending on your experience with 2D action-platformers of ye old-school variety, shouldn’t take you more than 30-40 minutes to add to your collection. The trophies include dying three times, dying 27 times, dashing 10 and 40 times, defeating 10 and 50 enemies, blocking five and fifteen projectiles by slashing at them with your sword, completing the first three stages in the game, defeating the first boss, getting an extra life, and getting seven extra lives. 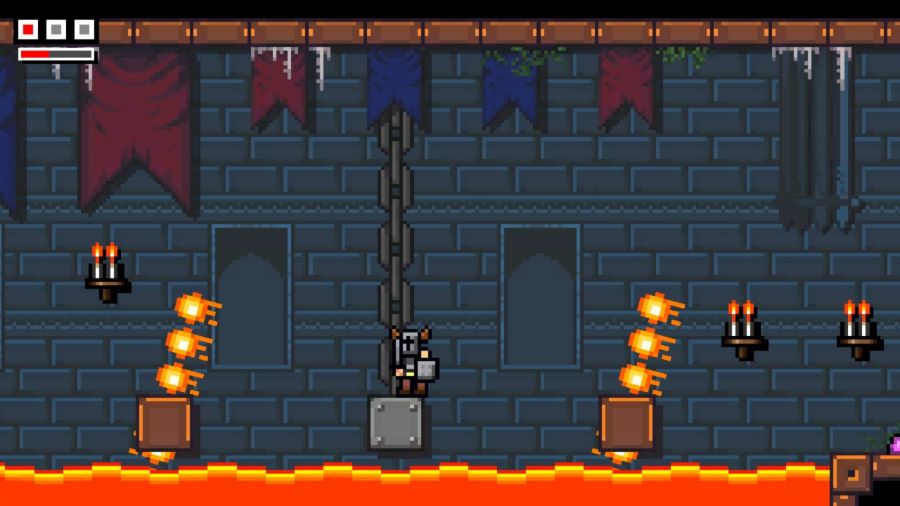 Horned Knight is an old-school infused 2D action-platformer on PlayStation 4 that could use a bit more variety. The controls feel a bit off at first, but you should get used to them after completing a handful of stages at most. It’s a minimalist arcade-style game with 32 levels to complete, two difficulty settings, and some bosses to challenge you along the way. Horned Knight is available on PlayStation 4 with a budget $5.99 asking price.

Disclaimer
This Horned Knight review is based on a PlayStation 4 copy provided by 2Awesome Studio.