While Doodle God was busy creating the universe, Doodle Devil was also having some fun. The same addictive, puzzle gameplay that made Doodle God a hit is back but with an evil twist.

Doodle Devil: 3volution is the latest game in the “Doodle” puzzle series, which includes Doodle God and Doodle Devil on consoles, as well as other variations for mobile and PC gaming. This is my first time diving into the franchise from JoyBits. In this one, while God was busy creating things at the beginning of the times, the Devil was also busy creating other things. You’ll be playing from his perspective.

The first handful of minutes playing this game was the most confused I’ve been in a very long time. There isn’t much of a tutorial per se, and you’re expected to know what you need to do and how to play as soon as the introductory cutscene is over. The basic gameplay is a mix and match puzzle game in which you mix objects on the list on the left with different objects of the same list on the right in order to create new objects.


Finding combinations will unlock further object types, and after a few moments, there will be many object types available, and you’ll have to think about what can be combined with what. I thought that this was tedious because even if you have a good idea by mixing two promising objects together, but if they’re not in the list of stuff you can actually create, nothing will happen, which does not make for a fun experience. You can go ahead and try combining objects blindly as there are no consequences to testing a combination, but you’ll be there all day and won’t feel like you’ve made good use of your time. 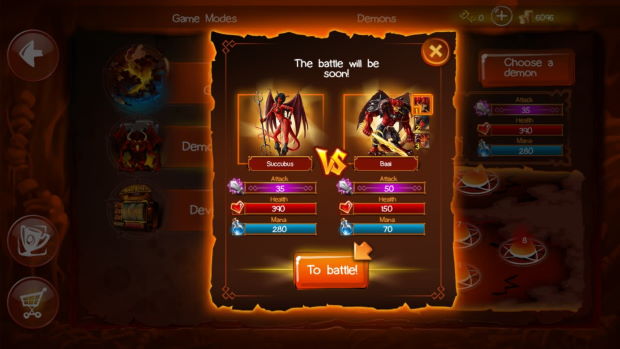 You’ll be seeing huge buttons all around, and the controls for this game are horrible on DualShock 4. The left and right analog sticks are used to move the corresponding cursor on the left or right lists of things, and you then use the L2 and R2 buttons to select the objects (instead of the X button like you’d do in most games). Said X button is used to test if a new object can be created from the two objects previously selected. You’ll often want to go back one step on the left or right list to select other objects, but the Circle button, which you’d intuitively press when you want to go back one step, will reset the whole board!


Since there aren’t many working combinations available regarding the actual possibilities for your combinations, there’s luckily an in-game hint system that uses coins to give you some pointers here and there. You’ll begin with 10,000 coins with your game purchase, and while there are certainly four zeros in that number, it won’t feel like a whole lot of coins once you start to play. 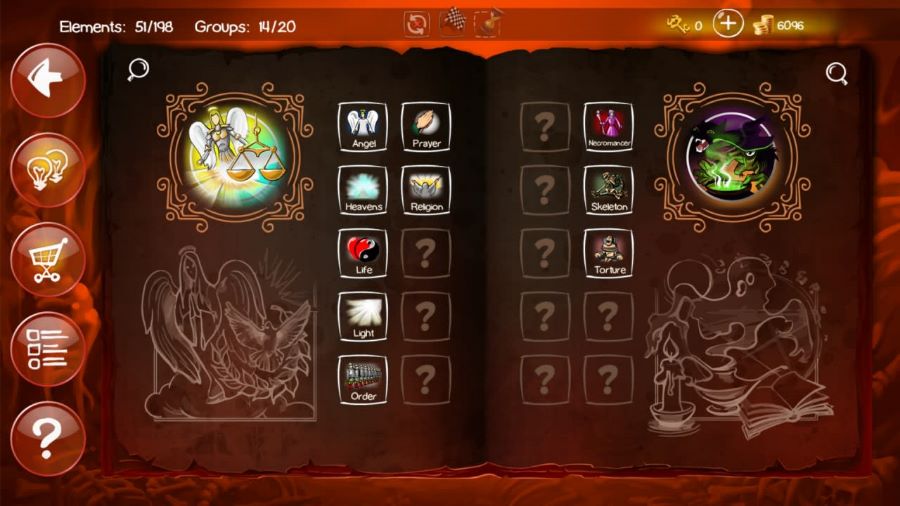 Outside the main campaign, there is a mode called Demon Battle. This mode is, in fact, an automatic battle option, and your only interaction is the ability to send some magic elements to the enemy. It’s passive and boring, and you must time things just right to connect. You’ll most likely lose your demon in the first handful of fights you take on, and you can wait a few minutes for him to revive or spend coins immediately to revive him.

The last mode is Devil Slots, and it once again requires you to spend your hard-earned coins, this time to spin a wheel. The only thing that you can do here is select a bet and press the Spin button, and that’s it – another monotonous mode. Another thing I didn’t like is how there’s a demonic voiced comment every single time you press the Spin button, which is highly annoying. 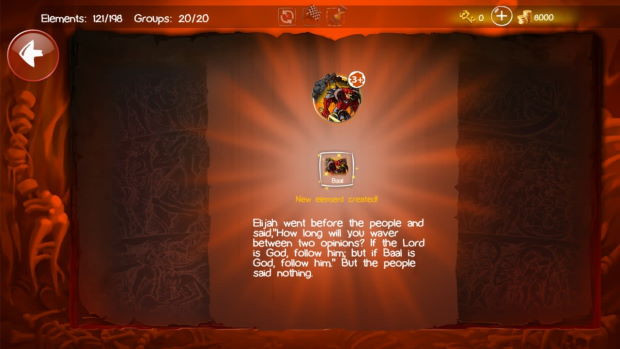 As you can already imagine from my review, this game sounds like its main purpose is to consume your coins to make you purchase new ones. You’ll need coins to get hints in the main game (there are a few different hint types available, and each one requires coins to unlock), you’ll need coins to revive your demon, and you’ll need coins to spin the wheel. That pool of 10,000 coins? It’s not going to last long.


Doodle Devil: 3volution is a boring puzzle game that looks like it’s a much better fit for the mobile phone market. The “mix and match objects to create new ones” gameplay mechanic might appeal to some, but it’s something that didn’t click with me at all. The other modes are also dumbed down experiences with automatic battling or spinning, so there’s not much to do here, making this one you should avoid on PS4.

Disclaimer
This Doodle Devil: 3volution review is based on a PlayStation 4 code provided by JoyBits.