Everhood from Foreign Gnomes is an unconventional RPG adventure that stands out on Nintendo Switch. Learn more about it in our Everhood review!


Everhood from Foreign Gnomes is an unconventional RPG adventure that certainly stands out on Nintendo’s console. The first thing that came to mind as soon as I booted up Everhood is Earthbound, which is definitely not a bad thing! This game, however, is very different from Nintendo’s RPG classic. In Everhood, you’ll be controlling a wooden doll with a missing arm. Why? Because it has been stolen by a blue gnome! You must set forth on an adventure to recover them as you take on musical battles that give a nod to the Beatmania series by way of the Guitar Hero angle at which notes move down from the top of the screen. All you have to do to start your time with Everhood is leave behind your humanity in exchange for immortality. Seems fair, right? 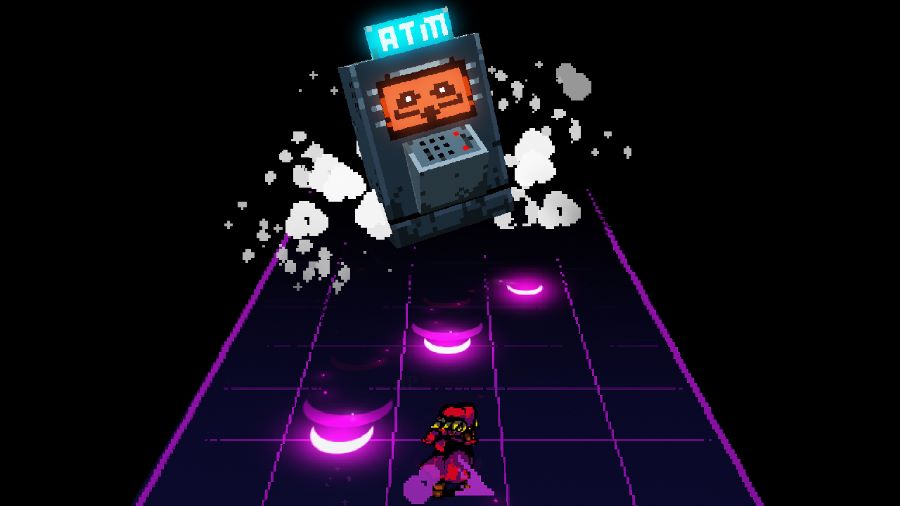 You can play Everhood in one of five difficulty settings. The developers have established that Hard is the difficulty at which you should play to get a feel for what type of experience they’re presenting. If this is easy for you, then you could move on to Expert, which increases the challenge by having less health regeneration. If, on the other hand, you want to lower the challenge, there are three options for this: Story Mode, Easy, and Normal. Normal is the first step down, and it offers faster life regeneration. Easy drops things an extra notch by also giving you some extra health. And then there’s Story Mode, which bumps up the life regeneration and gives you even more extra health.


While you’re going around Everhood’s overworld, you’ll move with the left analog stick or the D-Pad, interacting with stuff with the A button. You can open the menu with the X button so that you can check your inventory. Once you’re inside of a battle, you’ll move your character with the left analog stick or the D-Pad, jumping with the B button or by pressing up on the D-Pad and deflecting special types of incoming attacks by oppressing down on the D-Pad, or by using the Y, ZL or ZR buttons – that is, once you recover your missing arm! You can’t always use your jump to avoid damage since some notes will have barriers that will prevent you from escaping its wrath. 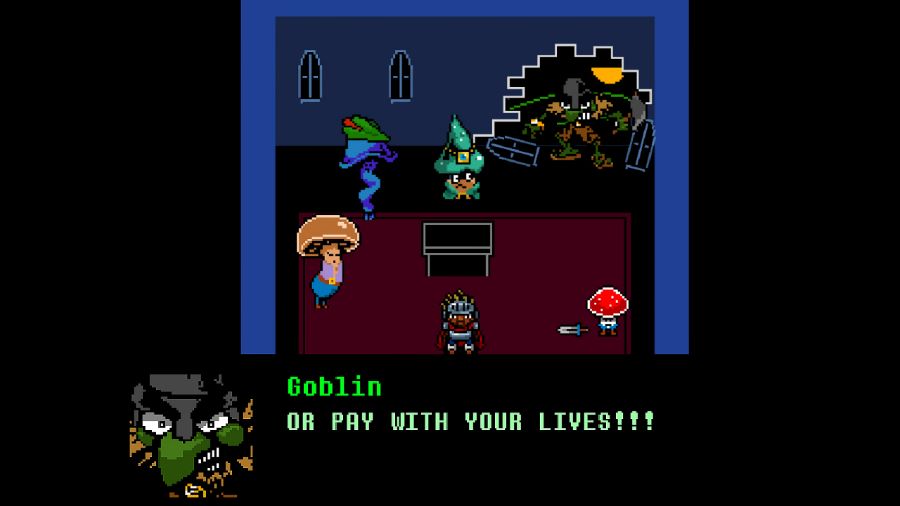 You’ll first go into a tutorial battle to learn about jumping and dodging in time to the beat, based on the note types that are sent your way as attacks. Some will be faster but have a smaller width, while others will be wider but travel at a slower pace. You’ll learn more about each battle the longer you progress into it, so be sure to pay attention! After that tutorial battle, you’ll be asked by a club’s bouncer to visit the ATM so that you can get 20 Schmuks to enter. As expected, the ATM machine will attack you since it asks for your soul – because ATM stands for Automated Terror Machine. 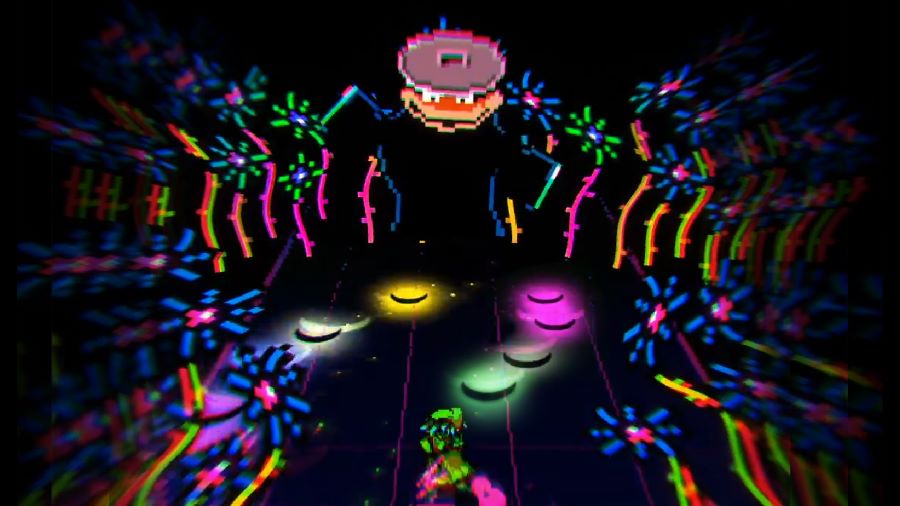 A game that really pushes the musical angle in its battles better have a great soundtrack, and I’m here to report that Everhood certainly delivers in that department. Each of the songs you’ll hear as you play the game, as you take on each musical battle, will most definitely stand out. The trippy visuals go hand in hand with the game’s soundtrack, with some scenes going ham on the number of flashing lights and weird, flowing backgrounds it presents, so if you’re sensitive to this type of images, be sure to check the accessibility menu for the game. 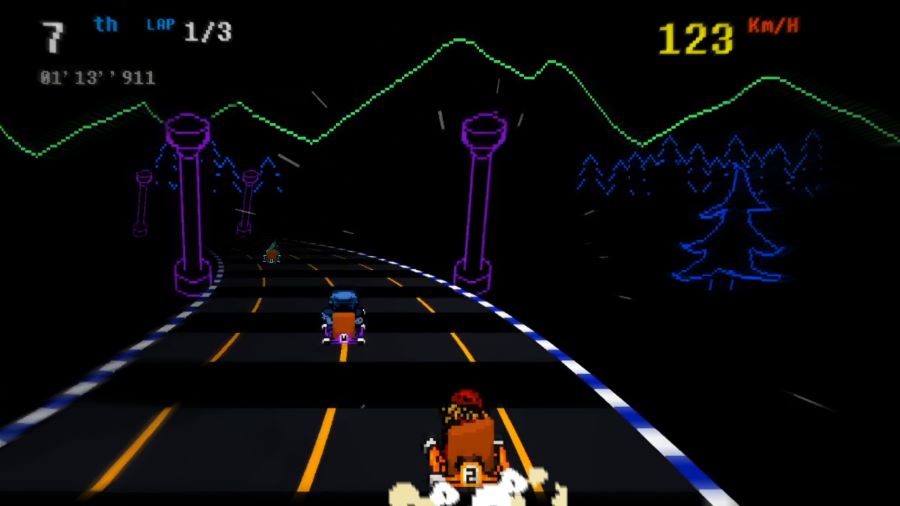 There’s a lot to like about Everhood. It’s trippy visuals, great soundtrack, solid gameplay mechanics, and how the game mixes things up every now and then by offering a short maze-like area to run through, play hide and seek with mushrooms, or throwing in a kart race to partake in, well, it all makes this an easy one to recommend on Nintendo Switch. Without spoiling things too much, there are some interesting twists you’ll run into that I’m sure you’ll dig as you play this 5-6 hours unconventional RPG on Nintendo Switch. Everhood is out today with a $14.99 asking price.

Disclaimer
This Everhood review is based on a Nintendo Switch copy provided by Foreign Gnomes.

Get-A-Grip Chip Out This Month