[Nintendo Switch] 3 Out Of 10: Season One Review


3 out of 10: Season One from Terrible Posture Games is described by the team as an episodic playable sitcom. They previously game us Tower of Guns as well as MOTHERGUNSHIP on PlayStation 4, making this a very different type of experience. After a bit of a lengthy initial loading time, I was able to get a glimpse inside of Shovelworks Studios, a team of developers who, for some reason, struggle to make games that can score higher than 3 out of 10 – hence the name of this game! 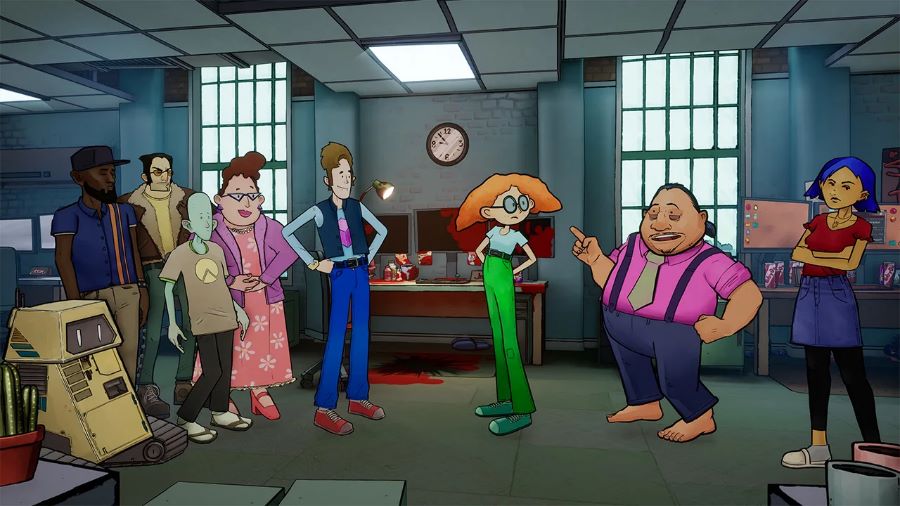 Your journey will take you through five episodes that will have adventure game interactive segments, as well as mini-games with short video game homage segments to play. In fact, your time with 3 out of 10: Season One will start with a mini-game right away! After a short intro sequence setting up the premise for the mini-game, you’ll get to play Surfing with Sharks, as you control surfer dude who must avoid the obstacles on his path as he rides the waves, avoiding the incoming sharks, as well as the big white shark chasing him. 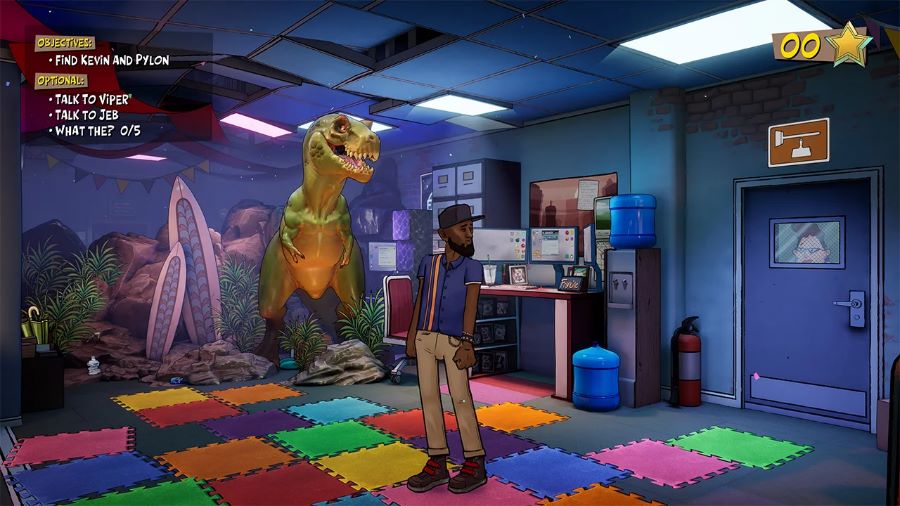 The game is fully voice acted, which helps to bring all of its characters to life. There’s Pylon, the technical lead artist, lead designer Kevin, Jeb, the CEO of Shovelworks Studios, automated office assistant Timothy 3000, designer Joan, lead character artist Viper, HR administrator Francine, artist Ben, and animator Midge, who was at the studio for what she thought would be a work interview but ends up being hired on the spot -much to her surprise. She’s taking the place of former animator Javier, who exploded while on the job. Oh, and it is now company policy to not talk about Javier anymore. 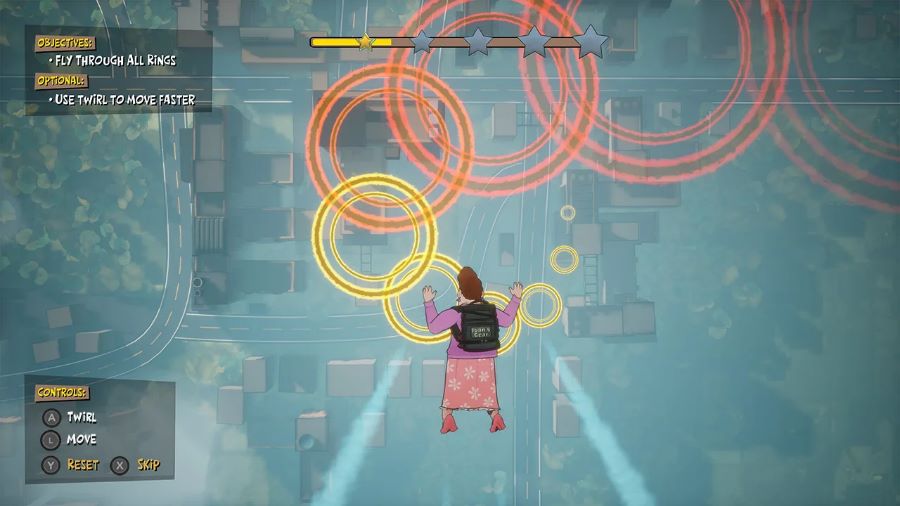 What’s new for the Nintendo Switch version of this zany adventure? There’s now a Free Roam Mode that allows you to explore at your leisure and learn more about the world of 3 out of 10, you can enjoy the game’s music gallery, activate big head mode, check out the concept gallery, and even get to experience the director’s commentary for a behind the scenes look at how the game was made! You will need to work for this since the game will ask that you collect 40, 50, 60, and 70 stars during your time with the game as you collect a variety of items, as well as play the mini-games on offer, but that shouldn’t be an issue. 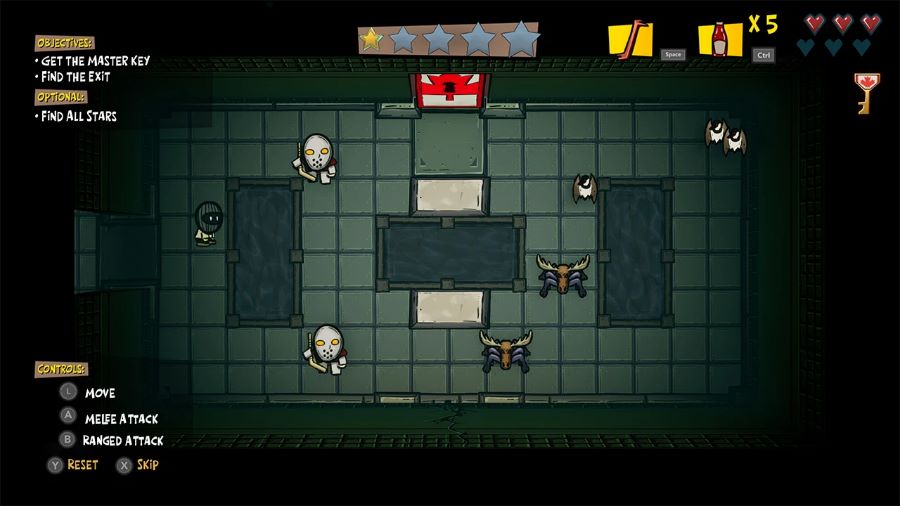 3 out of 10: Season One is a fun interactive episodic sitcom experience with a good group of characters, adventure game gameplay mechanics, and some fun mini-games that pay homage to classic games such as The Legend of Zelda, Town & Country Surf Designs: Wood & Water Rage, or Pong. You won’t ever be stuck since you can skip mini-games and carry on with the story, with each episode giving you around half an hour’s worth of content. Add the developer’s commentary, and you have a reason to replay the game once you’re done with the season. 3 out 10: Season One is out today on Nintendo Switch for a low $9.99 asking price, making this an easy one to recommend. I certainly look forward to a Season Two for 3 out of 10!

Disclaimer
This 3 out of 10: Season One review is based on a Nintendo Switch copy provided by Terrible Posture Games.

Sir Lovelot Out Now On PS4 And Nintendo Switch

Estranged: The Departure Out Tomorrow