The King of Fighters 2002 Unlimited Match Out Today

Are you ready for The King of Fighters 2002 Unlimited Match on PlayStation 4? Then check out the game’s trailer!


Exceed your limits and unleash your unlimited power!

KOF 2002 was lauded as the most refined KOF game upon its launch, and its fully tuned up upgrade THE KING OF FIGHTERS 2002 UNLIMITED MATCH is about to rock PlayStation4 users’ socks off!

The new mysterious character Nameless dukes it out with KOF fan favorites, including those from the Orochi and NESTS sagas, in this massive 66 character brawl!

KOF fans rejoice as online play is fully supported by cutting-edge rollback netcode. Also, having your ten most recent online matches automatically saved for your viewing (dis)pleasure on top of matchmaking cool-downs to prevent matching with the same person over and over again means players have more tools than ever to improve on their game!

Take on the world’s strongest players and unleash your true potential! 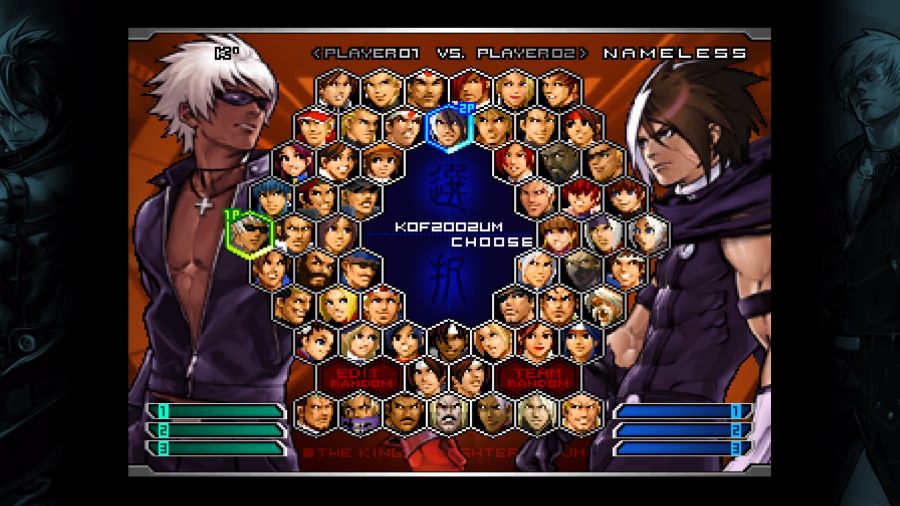 ◆ QOL ONLINE VERSUS FEATURES
KOF 2002 UM includes online features that allow players to study their matches and learn from their mistakes. These include the ability to rewatch one’s 10 most recent online matches, options that enable win/loss counters, and cooldowns to prevent rematching after a quick bout.

◆ 2 UNIQUE ONLINE MODES
Choose between “Rank Match,” where battle results are shared and ranked online, and “Player Match,” where fans can set their own versus battle settings. Fight to become the true King of Players on the international stage! The world is yours! 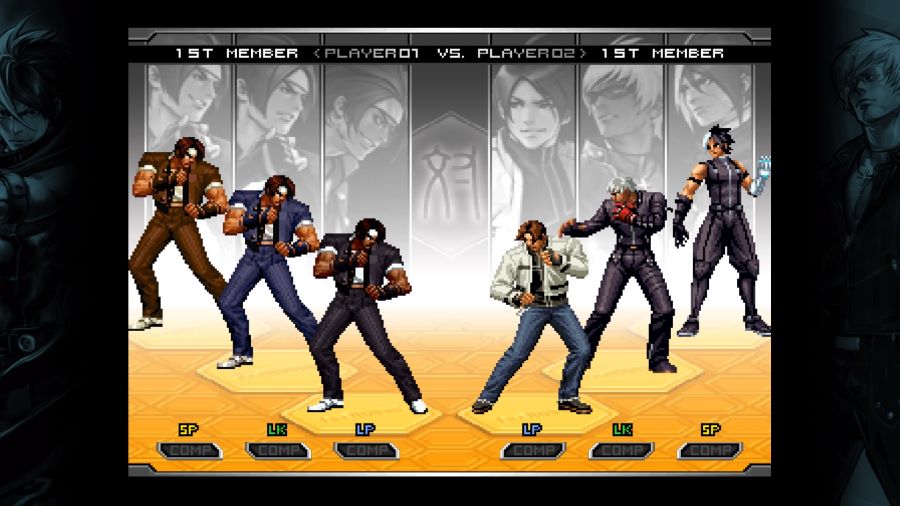 ◆ IMPRESSIVE ROSTER OF 66 PLAYABLE CHARACTERS!
In addition to the original cast of KOF 2002, a host of returning characters from previous installments of “THE NESTS CHRONICLES,” hidden characters, and an exclusive character called “NAMELESS” join the tournament for the largest character roster in KOF history.

◆ REARRANGED GRAPHICS AND BGM
Every demo screen, cutscene, and winning screen has been completely overhauled. Furthermore, the game’s soundtrack has been remastered for even more intense matches.

◆ NUMEROUS NEW AND OLD MOVES ADDED
Along with the new moves and special moves specially created for this title, plenty of old moves return in KOF 2002 UM. Moreover, the game’s mechanics and characters’ abilities have been redesigned.

◆ LARGE UPGRADE OF MAX MODE AND MAX2
All the Desperation Moves in KOF 2002 UM can now be cancelled anytime via the “MAX Mode” system. The “MAX 2” ultimate moves are even more flashy and easier to use.


We’ll be working on a review for The King of Fighters 2002 Unlimited Match from SNK, so be sure to stick around at PS4Blog.net! 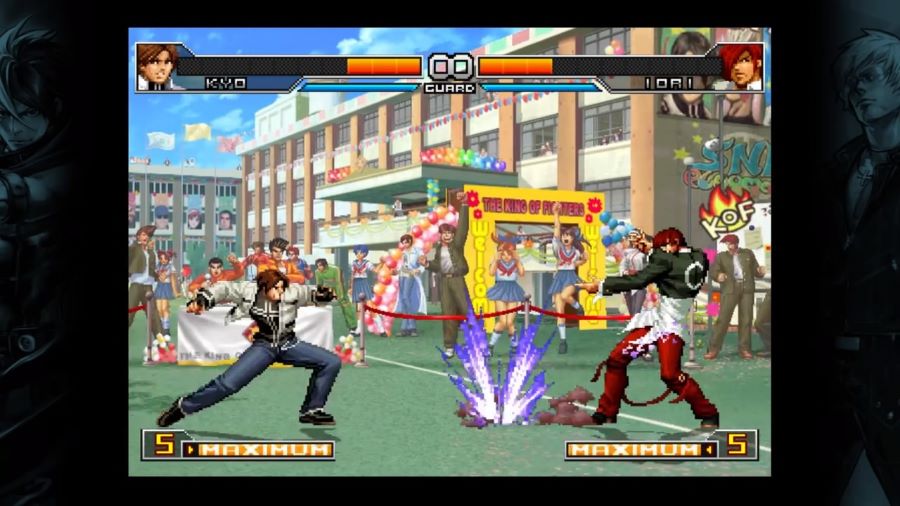 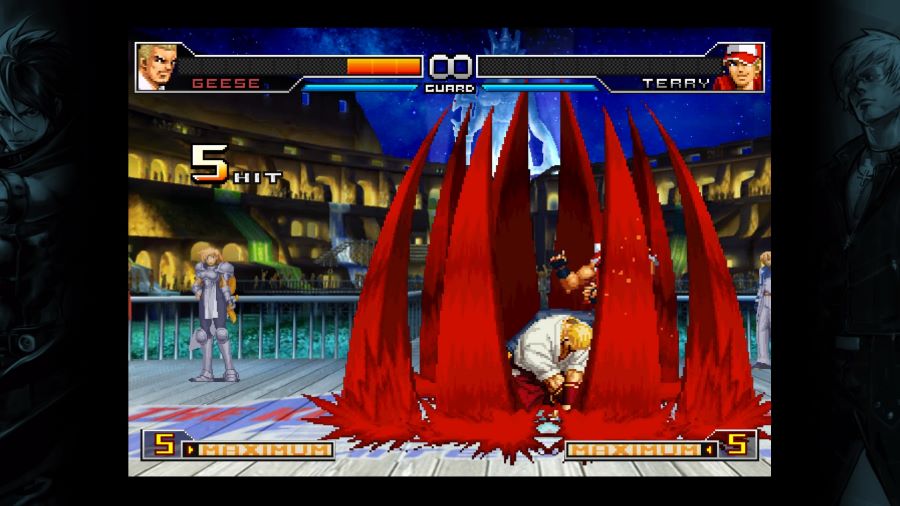 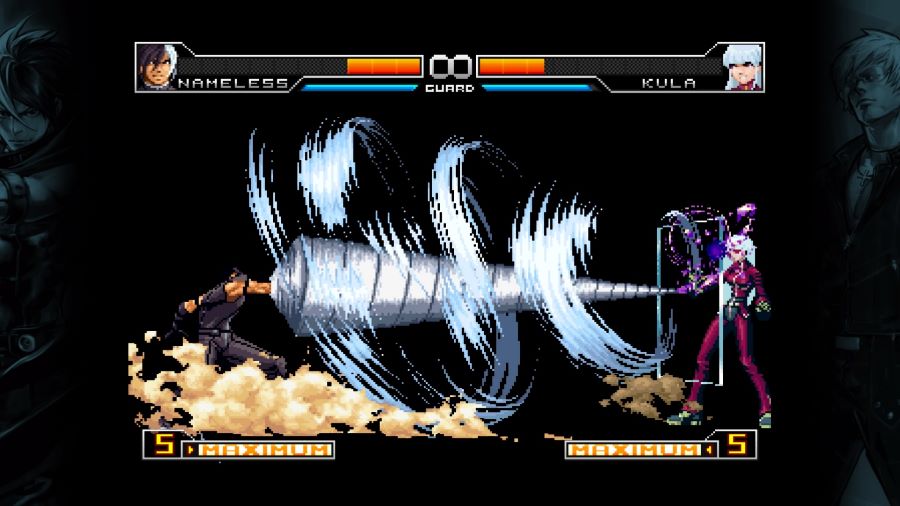