The world of Eurian is at war. The ruthless Coalition wants to gain control over the floating islands, and in the process are abusing the power of trydian, the mineral that keeps them flying. Play as Esen, a victim of their experiments and now a soldier of the Resistance, to stop them and complete your revenge.

In Windfolk: Sky Is Just The Beginning from Fractal Fall, Sony Interactive Entertainment, and Gammera Nest, you play as Esen, a girl who’s been the victim of an experiment, losing everything, including her faith in the world. She has been recruited by a group of rebels that want to stop The Coalition from taking control over all the minerals that make islands float: the trydian. As you take your first steps in the game, Esen will be contacted by Russel, the one person responsible for the experiments she went through. It is then that her mission with the rebels will take a personal twist as she seeks out revenge for everything she has gone through. 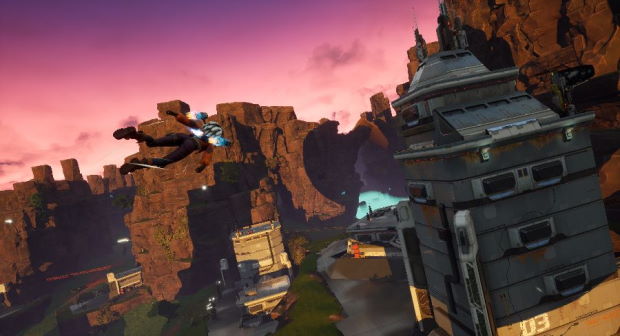 The game plays from a third-person perspective, with the right analog joystick controlling the camera’s movement. While moving with the left joystick, you can use the L2 button to sprint, although you likely won’t be spending a lot of time on the ground. The X button allows you to jump, while a second press while in the air will toggle on your jetpack. To move around while flying, you can move the camera in order to go in any direction or hold down the X button to go up vertically. While in the sky, the L2 button will also serve to enter Turbo Mode, which has you flying at greater speeds. And if that isn’t enough, you can also press L3 while in Turbo mode to activate a speed boost that consumes your nitro boost.


You’ll eventually come to some aerial combats, where you’ll be able to fire your gun with the R2 button. A big crossbar is in the center of the screen to help you aim, and the enemy closest to the center will always be the one to get hit by the shots. Guns can overheat if you use them too much but also allow you to unleash powerful shots if you press the R1 button while the gun is overheating in the red zone of the gauge while not being completely filled. Other combat abilities include the dodging that you can do with the Circle button, a protective shield that you can use with Square, although this one has a cooldown once used, and finally, a Blink ability with the Triangle that will teleport you right behind an enemy if you are facing one – with other abilities unlocking as you progress further in the game. 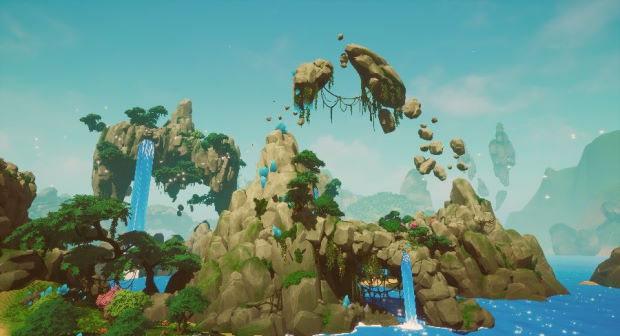 Visually, the game is nice looking but nothing exceptional. Each stage has a few floating islands on it, with distant ones being visible but not accessible, to give you an open world feeling without being one. At first, the game looked pretty cool, and for a moment, I even thought I’d experience a cool aerial adventure as in a Panzer Dragoon series. Unfortunately, this game was far from this. Missions with combat were typically played in the same pattern; go to the next checkpoint, fight enemies, then go to the next checkpoint, and so on. Sure, you could explore between the checkpoints, but other than finding a small number of journal entries in each stage, there was nothing else to do. In some other stages, you have to race against the clock by going through a series of floating rings, which was fun but didn’t last long.


Then there was the combat. Aerial combat with guns, dodging, and shields could’ve been something awesome, but a lot of things came to tame this down. The huge crosshair to aim at enemies made the battles less than a challenge since it was just easy to strafe around while keeping enemies inside of that huge circle. Each battle is also surrounded by a force field to prevent you from really moving around the map, so there isn’t much to do other than circling around while avoiding bullets and shooting at your enemies. 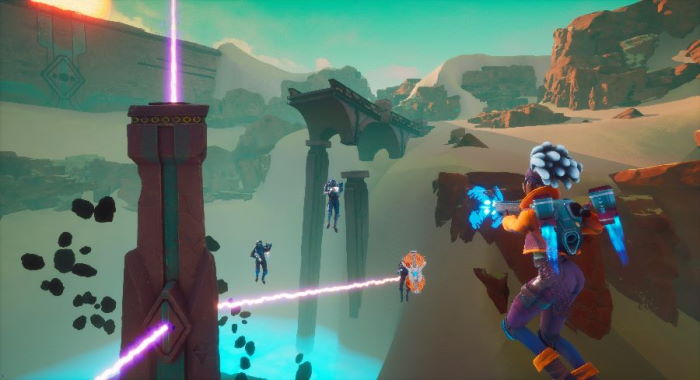 As for the trophies, the game can at least fall into the easy Platinum category. There are only eight stages in the game’s story Mode, which you have to complete for about half of the trophies. Then there’s the Arcade mode that contains seven stages that you’ll have to complete as well. There are a few trophies for using the different weapons and their additional attack, but those should unlock naturally while going through the previous steps.


What started for me as the prospect of a really interesting game quickly came crashing down the sky that the game tries to pull you in. The story has nothing to keep you on your toes, exploration is not rewarding, and combat sandboxes you into a bland experience. Windfolk: Sky is just the beginning is out on PlayStation 4 with a $14.99 asking price. 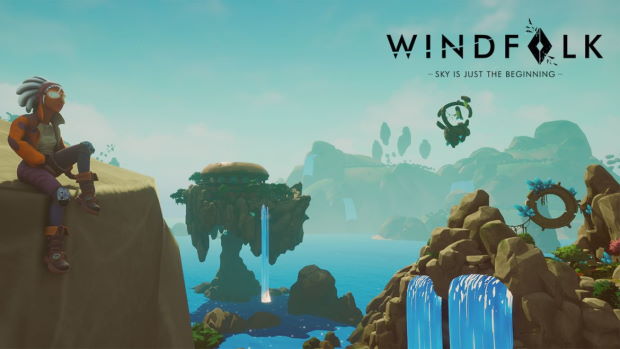 Aerial shooter that limits the player too much.

Disclaimer
This Windfolk: Sky Is Just The Beginning review is based on a PlayStation 4 copy provided by Sony Interactive Entertaiment.