Ready for a new adventure alongside Adol? Then come check out our Ys IX: Monstrum Nox review!


While imprisoned in Balduq, Adol is cursed and becomes a Monstrum. With his newfound powers, he must stop the Grimwald Nox from consuming the city.

Ys IX: Monstrum Nox is the latest installment in the long-running action-RPG franchise. The previous Ys release was Ys VIII: Lacrimosa of Dana, which I loved and ended up naming my favorite game of 2017. As you can imagine, I had great hopes for this new release, and luckily, it didn’t disappoint!

Ys IX: Monstrum Nox begins as Adol Christin, the Ys series main protagonist, arrives in the city of Balduq. This doesn’t go as planned, and Adol is imprisoned for being a suspect of events that occurred in previous games, which is a nice touch to returning players. Monstrum Nox is set right after the events of Ys VIII: Lacrimosa of Dana. I can also mention that while playing Lacrimosa of Dana would give you some additional background info on Adol and Dogi, each Ys release is a stand-alone action RPG, so you don’t need to play previous releases to enjoy the latest one. If you did play previous releases, however, loading save data from Lacrimosa of Dana and Memories of Celceta will grant you some extra bonuses.


As soon as you get control of Adol in prison, the gameplay basics will be explained to you as you escape. You’ll soon land in an underground passage where you’ll meet the first enemies of the game. After a few battles, Adol eventually reaches a dead end and is shot by a mysterious girl named Aprilis, which turns him into a Monstrum! Confused and chased down by prison soldiers, he’ll need to resort to his Monstrum Gift, a grapple-like feature that allows him to reach new heights in an instant. Will he manage to get out of the prison? How can he revert his current situation? 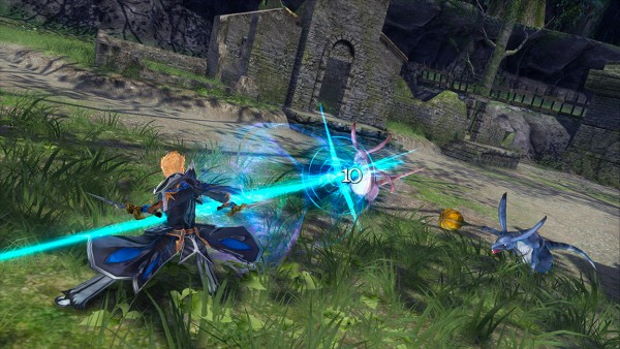 A Monstrum is a feared entity in Balduq, and most citizens are wary of them. Adol turns out to be the Crimson King, due to his hair color. Monstrums can change to their normal form when they’re outside of the dungeons and not in combat. Each of the six different Monstrums is introduced slowly in the game, thus letting each one have their time to shine and backstory as the game progresses. With both a normal form and a Monstrum form, this leads to some interesting twists along the way.

Monstrums in Balduq are restricted from going to other districts as they please because of their curse. Districts are blocked by a barrier only visible to them and require going into the Grimwald Nox to fight monsters to unlock them. The Grimwald Nox is an alternate dimension of the city where time is frozen and monsters lurk. Those monsters – called Lemures – are trying to dive into the real world, so Adol and the other Monstrums will do all they can to prevent this from happening. 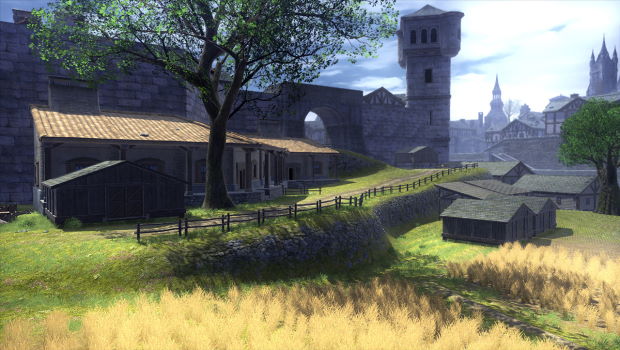 The Grimwald Nox itself is like an action tower defense game in which you have to get rid of all the enemies while protecting a huge crystal pillar. Lemures can spawn in the city, and as you progress, you can destroy spawning points for bonus Nox points, which are in turn used to unlock barriers blocking the different districts, so there’s a great incentive to get them.

As the Crimson King, you’ll be exploring the huge city of Balduq and uncovering its secrets. Once the first few hours have passed, you’ll have to build a new community in the city by recruiting people in a fashion similar to Lacrimosa of Dana. If you’re eager to start quickly, the game is paced slower than its predecessors, and it opens up a little at the 2-3 hours mark, completely opening up at around the 5 hours mark. Once the game opens up, there are a ton of things to do! You need to pay attention as you search for all of the collectibles, which for this game, include the usual treasure chests, landmarks, and recipes. There are also new ones like graffiti and flower petals, each giving you extra items as you collect them. Another neat feature of the Ys series is how you can save anywhere!


As for the battle sequences, you’ll feel at home if you played previous Ys releases as the gameplay is similar. The selected character attacks with the Square button and can use skills by pressing the R1 button and the assigned button on the controller. You can also time your Evade and Defend moves, which gives you a speed bonus if done right. Pressing the R1 and L1 buttons when your boost gauge is full also activates Boosting Mode, with an increase in damage. There’s also a limit break style attack available when pressing the R1 and L1 buttons when in Boost Mode. 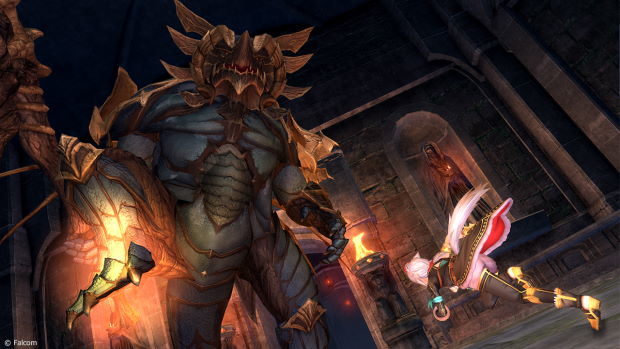 The level design of the dungeons isn’t linear like in previous games in the series and now uses multiple layers that are accessible by each of the character’s Gifts. This added a lot of backtracking since I was aiming at 100% collection on each dungeon, and many treasures are hidden. This can get in the way if you’re trying to locate as many of the collectibles as possible during your first run in each dungeon, but you just need to make good use of each of the different Gifts to find the right path or the right layer.

As for the presentation, the city is huge, the game has a colorful presentation, and the different locations you’ll visit are very detailed. I also like that warping between a zone, and the other (which is done by pressing the left arrow) takes only a few seconds. Speaking of which, the fan on my PlayStation 4is also relatively quiet, which is a great change from other recent releases I’ve played. The frame rate, however, does feature some dips here and there, but the good news is that most of the campaign runs at 60 frames per second. English and Japanese voice-overs are also included, and I do want to mention that the voice acting in English was great. As for the soundtrack, it definitively makes this one feel like a Ys game, with melodies that are similar to previous titles, although the soundtrack does not surpass what is done by the one for Lacrimosa of Dana. 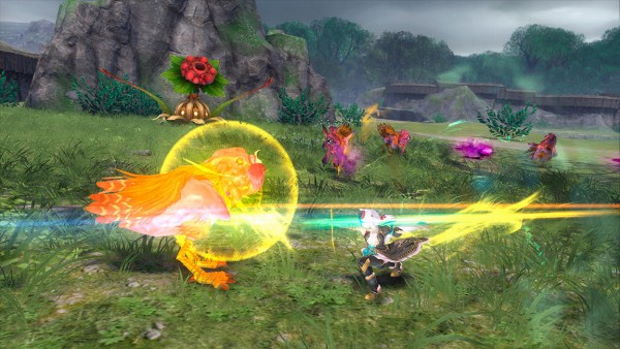 There are a little over 50 trophies in Monstrum Nox, and as usual, some of them are awarded for progressing through the different chapters in the main story. Most of the others will unlock for achieving a variety of objectives that will be a bit more grindy in nature, such as attaining level 99, finding every collectible on the map, and completely exploring each area. From my experience with other Ys games – particularly Lacrimosa of Dana – this does mean you’re looking at around 60-70 hours to be able to add one more Platinum to your collection.


Ys IX: Monstrum Nox is an amazing game that takes a little while to start, but once it opens up, it becomes very addictive to play. I usually play long RPGs by running through the main storyline and avoiding side quests, but Ys has this special rewarding feeling that makes me collect everything it has to offer. I liked how the city unlocks progressively and how each of the characters gets its own chapter to tell us their particular backstory. There isn’t much to complain about in this game, and I definitively recommend it to gamers looking for an amazing action RPG on PlayStation 4.

Amazing action-RPG and a worthy addition to the Ys franchise

Disclaimer
This Ys IX: Monstrum Nox review is based on a PlayStation 4 code provided by NIS America.