Speed Limit from Chorus Worldwide is a genre-warping arcade-style game on Nintendo Switch. Learn more about it in our Speed Limit review!


Speed Limit from Chorus Worldwide and Gamechuck is a quirky arcade-style game that jumps between different genres as you try to achieve one goal that remains the same between all of them: stay alive. You’ll go from a 2D action game to a retro-styled racing game on a bike, to driving at high speed on a sports car, to flying a chopper, to even flying on a blazing-fast jet fighter! The perspective – and genre – will switch every two stages, so you’ll always be readjusting to the new gameplay elements.


Speed Limit includes a full trophy list with a Platinum trophy waiting for you at the end of the road. There will be trophies tied to completing each of the game’s stages in the Normal difficulty setting, along with completing the game on Easy and Normal. On top of this, there’s a variety of trophies for completing additional objectives. There’s one of the trophies will ask that you listen to the music from the pause menu for 10 minutes without doing anything else, another one request that you speedrun the game and beat it in Normal Mode in less than 30 minutes, and one, in particular, will require that you don’t miss a single shot during the first stage in the game.


If you’re looking for something different on PlayStation 4, then Speed Limit is something you should definitely look into. How the game jumps from one genre to the next after every two levels helps to keep the whole experience feeling fresh, with a challenge that also increases as you progress through this pixeltastic adventure. Speed Limit is aviailable on PlayStation 4 with a $9.99 asking price. 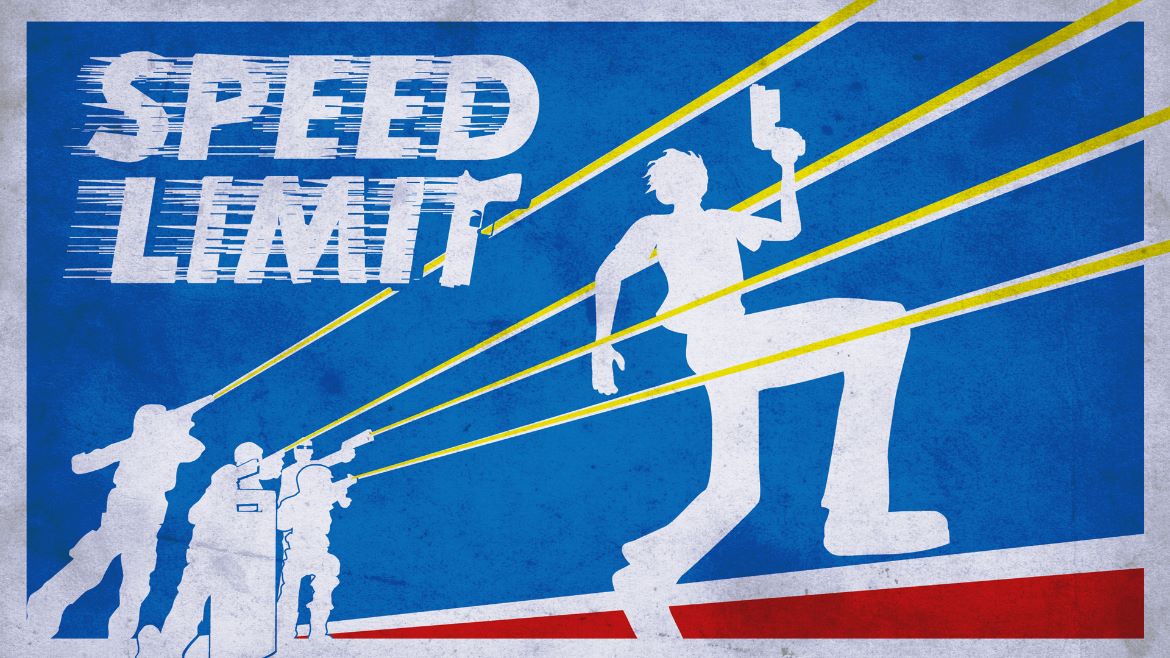 Disclaimer
This Speed Limit review is based on a PlayStation 4 copy provided by Chorus Worldwide.