Shoot ‘em up sequel Project Starship X from Panda Indie Studio and eastasiasoft is ready to rock on PlayStation 4! Last year I got to review prequel Project Starship on PlayStation 4, and it was a fun minimalist bullet-hell shoot ‘em up, so I was definitely up for playing its sequel. There’s no story to consider for this one, which is not a dealbreaker since shoot ‘em ups are certainly not known for their story but for their fast-paced gameplay. 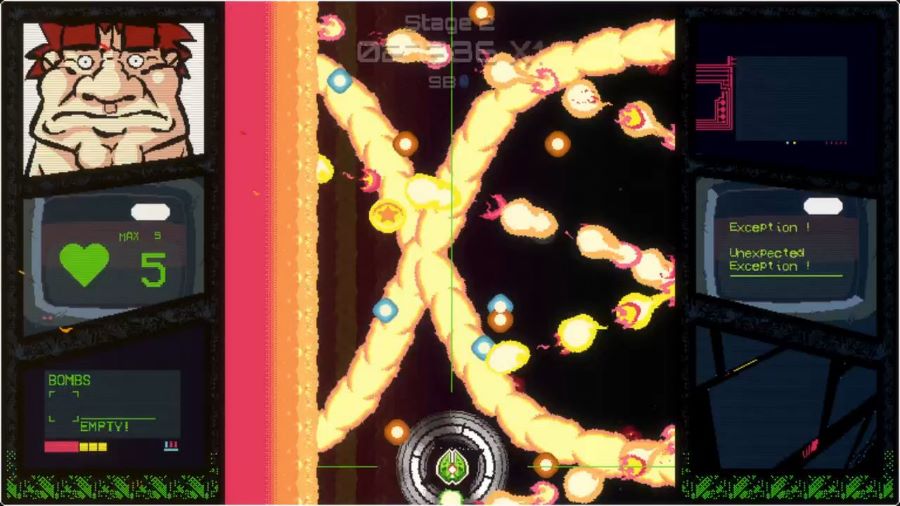 You’ll be piloting your starship with the left analog stick or the D-Pad, shooting at with the X button. Last time around, there was the option of slowing down time with the Circle, L2, or R2 buttons, so that you could have a shot at avoiding the bullet-hell scenarios you’ll run into. For this sequel, said buttons will now make your spaceship quickly dash forward, which will make it possible to avoid enemies and bullets so that you can avoid receiving damage. 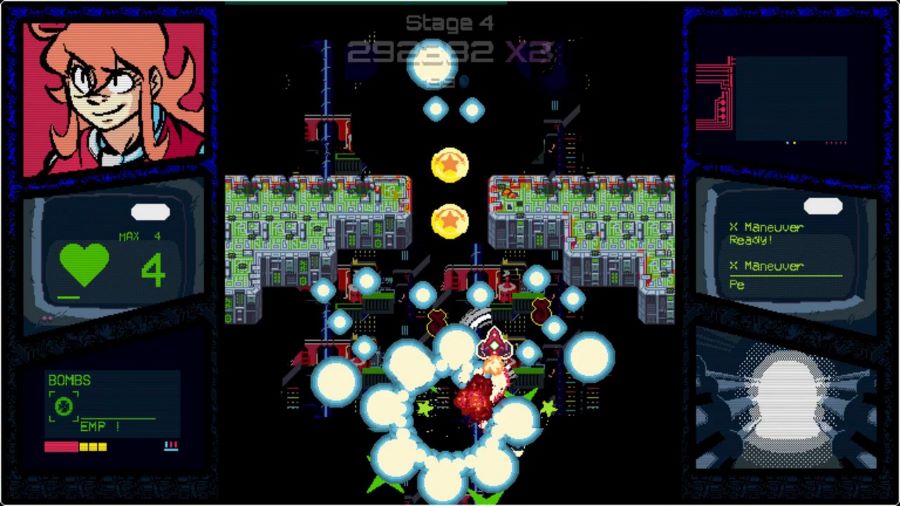 Last time around, there were two pilots for you to select, but for this sequel, there are now four different pilots to control, and each one will have a different spaceship for you to consider. Only Garret and Gwen are available from the start, so you’ll have to unlock the other two – along with a secret character. Garret will have a balanced spaceship; Gwen’s spaceship will be faster and have a wider range of fire, but you’ll have to get closer to enemies if you want to deal more damage; Johnson’s spaceship is slower than the rest, but it’s also stronger; and Sophie’s spaceship will have random stats, making for a bit of a hectic experience as you try to stay alive. 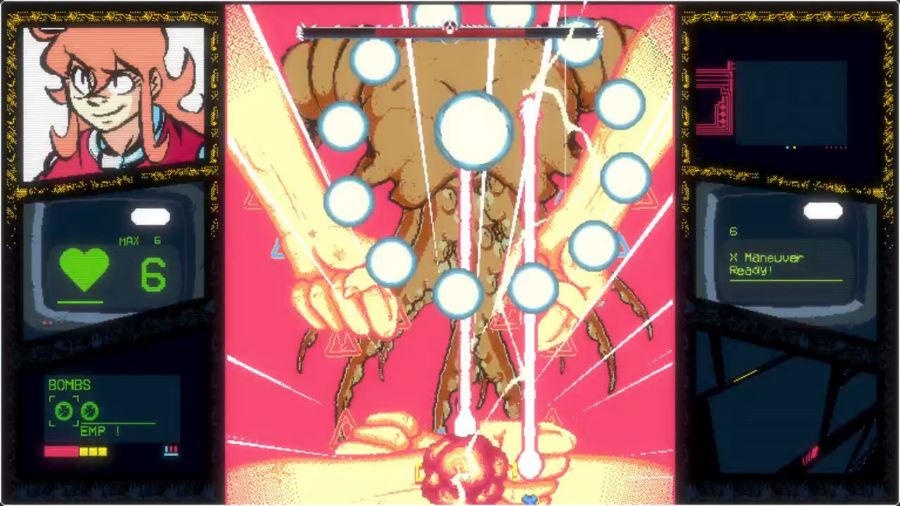 You always need to pay attention to what is going on in the middle of the screen so that you can avoid enemies and prepare for any danger up ahead, as well as locate and collect the different power-ups you can add to your spaceship’s arsenal. You can increase your damage output, add bullets that deal perforating damage while reducing your ship’s fire rate, power-ups to boost your fire rate, as well as items that can help to recover any lost shields, which are represented by the huge heart icon on the left of the screen. Shields are very important because once all are gone, you’re done!


As you defeat the many weird enemies – and bosses! – you’ll run into, they will leave behind some rather large gold coins. You should pick all of them because they’re going to be tied to a few trophies – more on these in a bit -, and they can also be used to purchase power-ups at a couple of spots during your run. Being able to purchase additional firepower, or to recover some of your lost shields, will allow you to extend your run so that you can see as many different stages as possible, with five out of the total fourteen stages presented in each full run. 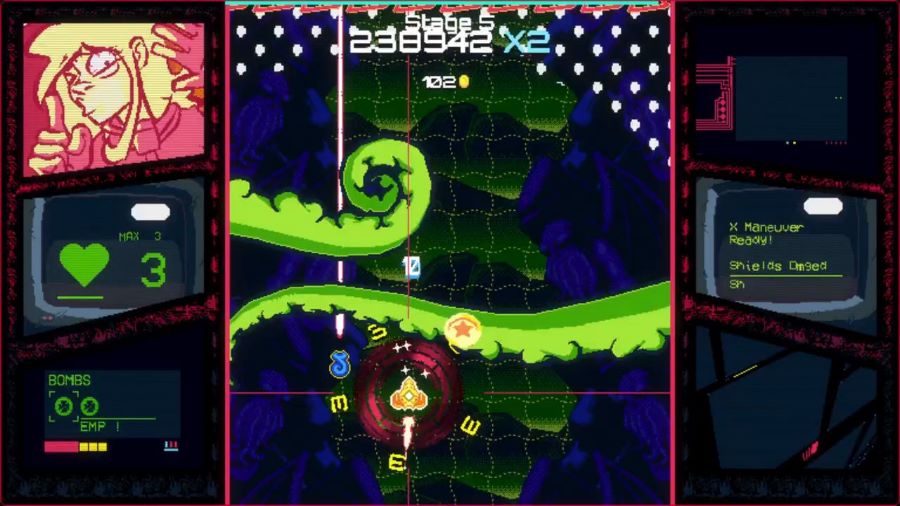 As for the trophies, the prequel had a full list with a Platinum trophy to add to your collection, and this sequel is ready to present to you a full trophy list with a new Platinum to unlock! For this one, the trophies are tied to completing a series of objectives during a single run, which means that you’ll probably have to do at least one full run of the game to fulfill all of the requirements, which shouldn’t take you more than 30-40 minutes or so. These include collecting 50, 100, and 200 coins in a single run, defeating 25, 50, and 100 enemies in a single run, or beating one, two, and four bosses in the same run, to name some examples.


Project Starship X improves on what its predecessor did, offering more content, a bigger challenge, and stuff to unlock the more you play, keeping the experience feeling fresh as you use new pilots and spaceship, take on random mad events that can end your run if you’re not paying attention, or run into bigger, crazier bosses. Project Starship X is out on PlayStation 4 with a $9.99 asking price. 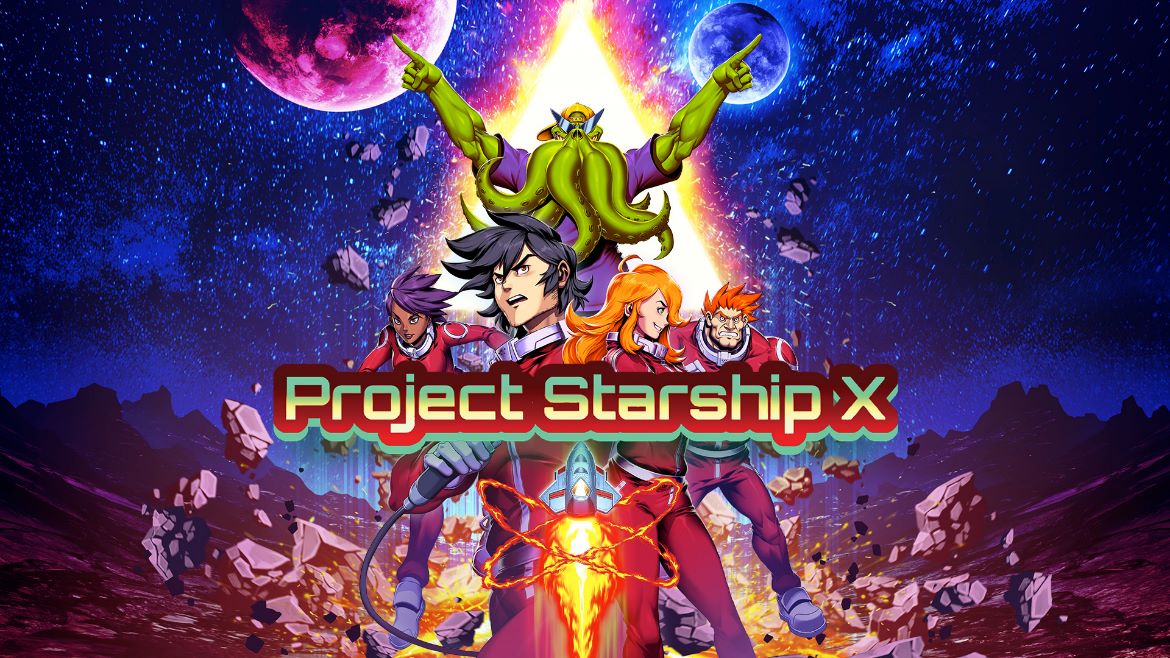 Shoot 'em up sequel that improves on its predecessor

Disclaimer
This Project Starship X review is based on a PlayStation 4 copy provided by eastasiasoft.

Hero-U: Rogue to Redemption Out Tomorrow