Loot Hero DX from Ratalaika Games and VaragtP is a 2D arcade-style adventure in which you’ll set out to slay a Dragon. Check our Loot Hero DX review!


In Loot Hero DX from Ratalaika Games and VaragtP, you’ll be taking control of a mighty hero who will set out on an adventure to vanquish evil from the kingdom. A deadly Dragon is haunting the lands, setting fire to all of the towns on its path. On top of this, the legendary Dragon can also resurrect evil creatures everywhere, which is why a hero is needed to save the day before it’s too late! 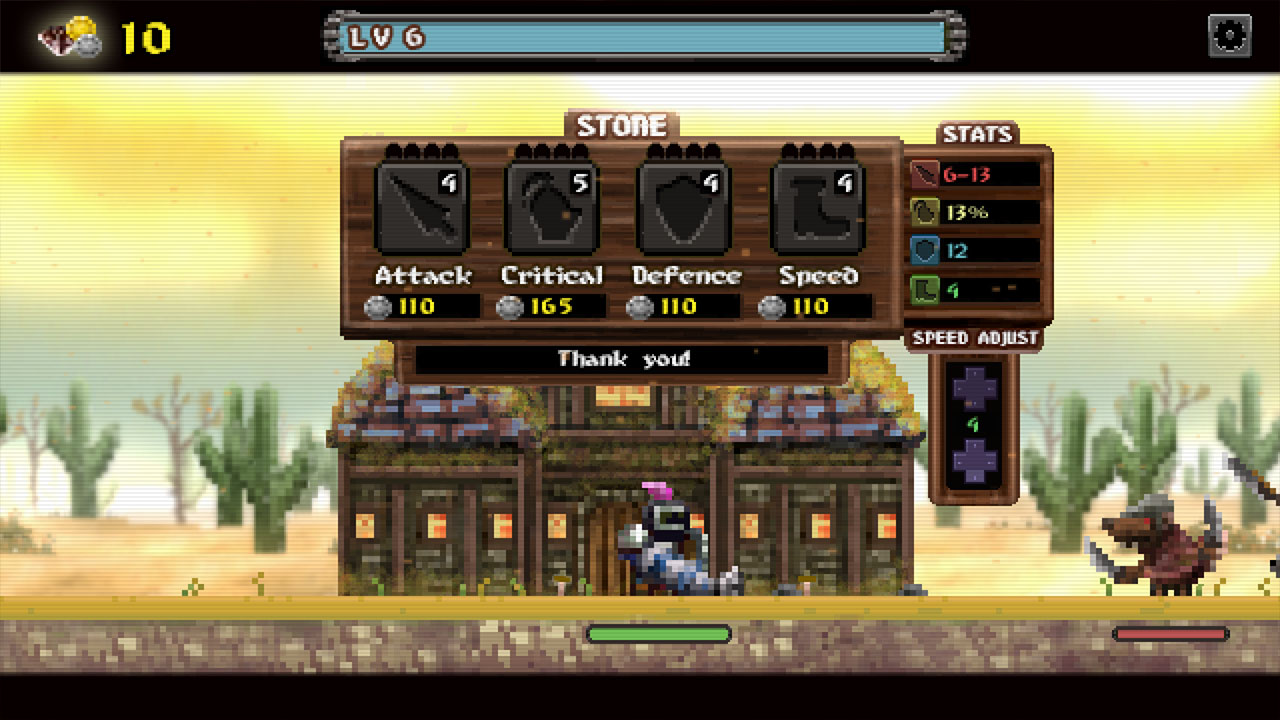 You’ll, be taking control of the hero by running left or right with the left analog stick or the D-Pad. You attack enemies by ramming into them, dealing damage while also receiving damage from their attacks. As you defeat them, they will drop loot for you to collect, which can be used to upgrade your character – more on this in a bit. You could also end up picking up health potions to recover your lost health, or even an invulnerability potion that will make it possible to sustain no damage for a short period of time. 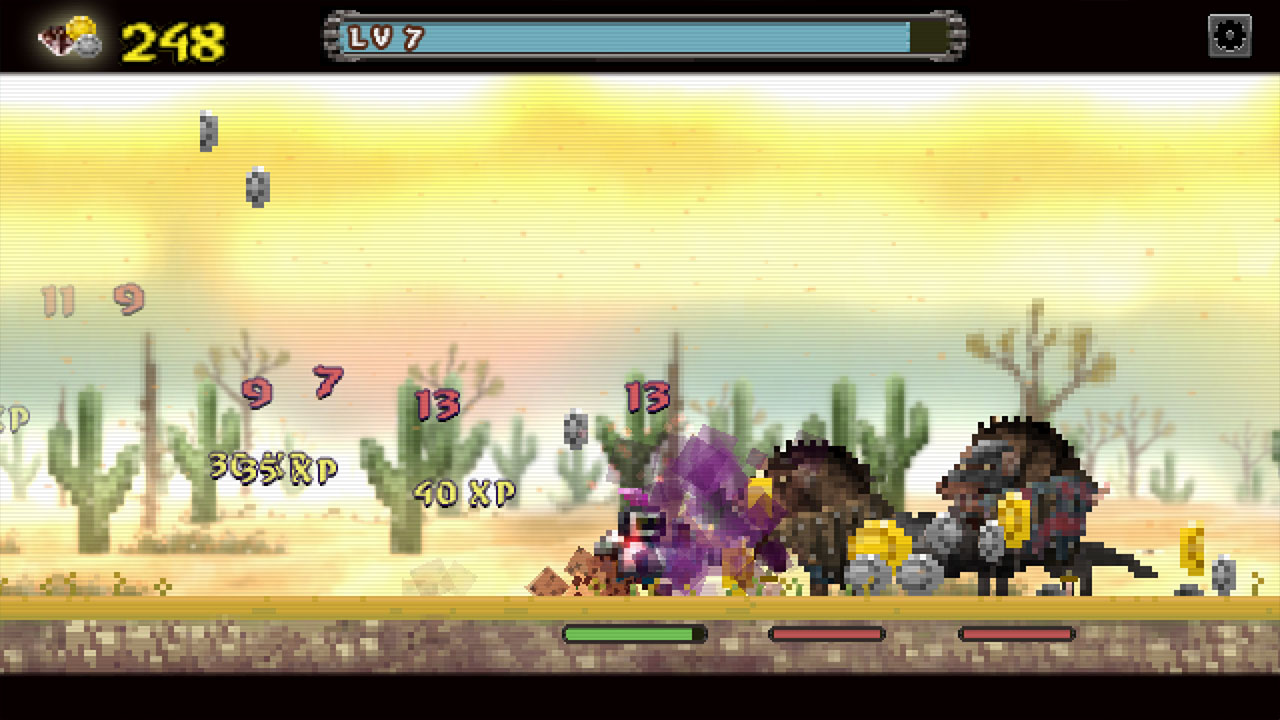 You will gain experience points from every enemy and boss you defeat, leveling up as you collect them. Leveling up will be crucial for being able to defeat the mighty dragon, since your hero is not very powerful at the start of his journey. You will need to grind some experience points and loot so that you can power up your hero enough for to defeat the larger and more powerful enemies you’ll find in each area, as well as the bosses that can certainly pack a punch.


The loot you collect can be spent at the inns, which act as checkpoints, to increase your hero’s four main stats: attack, critical, defense, and speed, and you can see their effects on the right side of the screen in the store menu. As expected, attack will allow your hero to deal more damage, critical will increase your chances of dealing a critical hit, defense will allow you to take less damage for each hit you receive, and speed will greatly boost the speed at which your hero runs across the screen. 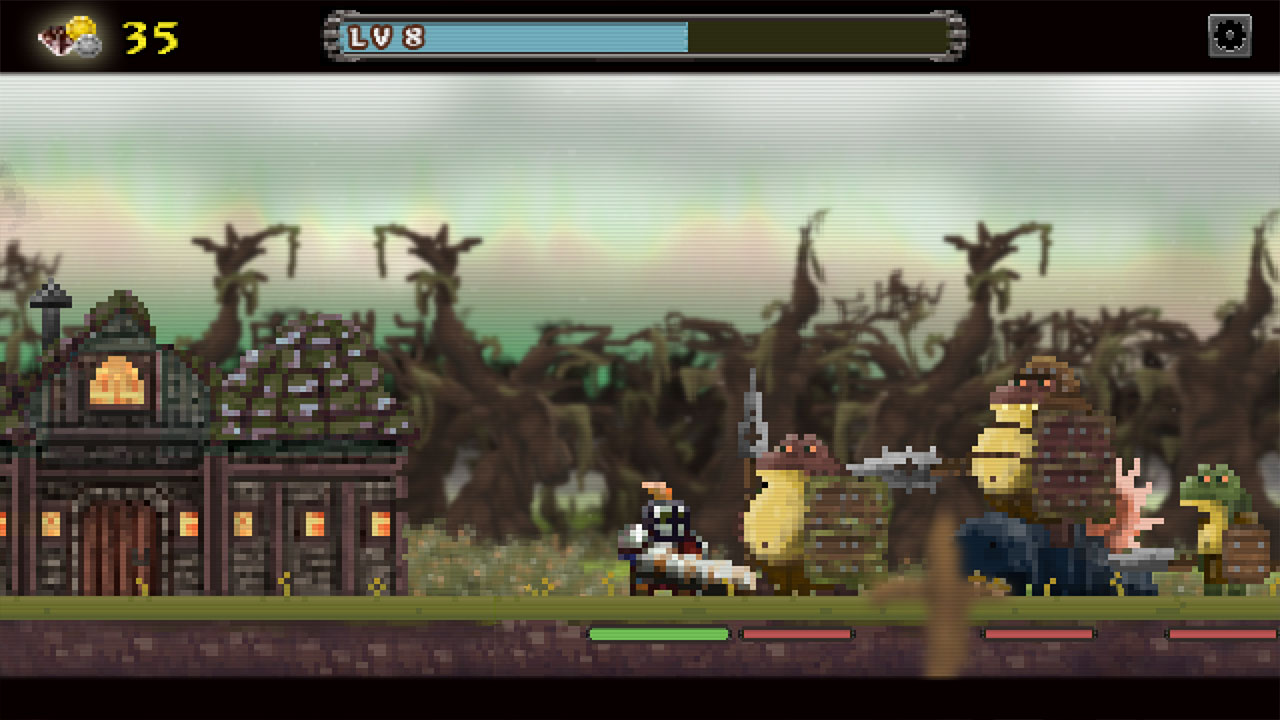 As you progress through the different levels that Loot Hero DX has to offer, you’ll be meeting new monsters in each area. As you defeat them, they will be added to the Bestiary, split into orcs and goblins, batmen, frogmen, birdmen, undead, snowmen, werewolves, minotaurs, and members of the dragon clan. There are also 20 feats for you to complete, which are tied to the different trophies you can unlock in the game.


On that note, since this one is from Ratalaika Games, that means Loot Hero DX features a full trophy list with a Platinum trophy to add to your collection! The trophies will pop as you complete each level in the game, as you purchase upgrades for your hero, for defeating 100 and 1,000 enemies, for fully upgrading one ability, for collecting 1,000 worth of loot during your adventure, and for beating one level in 15 seconds or less, which you should try to do in the first level in the game once you have invested your loot in a handful of upgrades here and there. 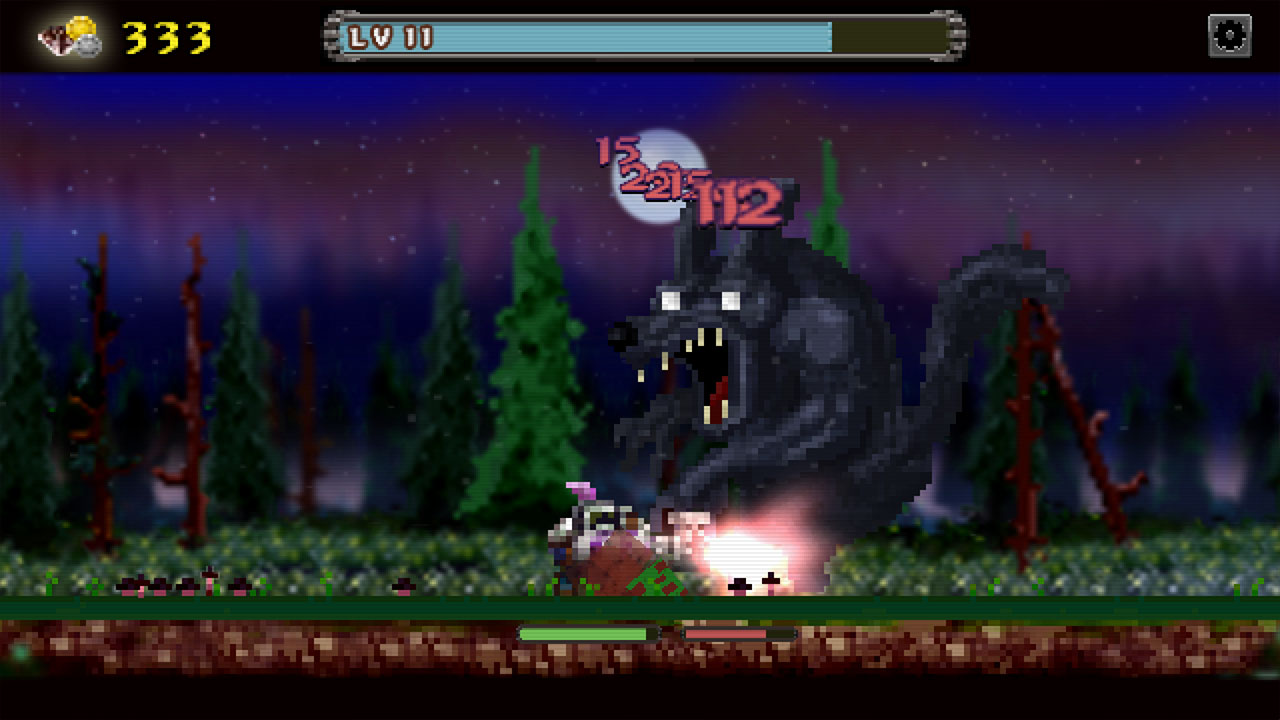 Loot Hero DX is an easy to pick up game since you only need to move left or right, bumping into enemies to defeat them as the monster and your hero take damage. Upgrade your stats by leveling up, and boost them by spending your loot, and you’ll be able to complete this one in an hour at most. Loot Hero DX is out on PlayStation 4 with a low $4.99 asking price, so if you’re looking for an arcade-style release, this could be a good option.

Disclaimer
This Loot Hero DX review is based on a PlayStation 4 copy provided by Ratalaika Games.

Death Crown Out Next Week On PS4 And Nintendo