Balancelot from Ratalaika Games is a physics-based 2D puzzle platformer on PlayStation 4. Learn more in our Balancelot review!


In physics-based 2D puzzle platformer Balancelot from Ratalaika Games, you’ll be taking on a quirky adventure with a presentation that will remind you of the art from medieval times by way of a Monty Python influence. Your character will be riding a rustic unicycle, and the goal will be a simple one: reach the end of the level. Once you’ve picked your character, between options such as Lance, Laine, Cat, Frog, Zombie, Cat with a Bow, or Horseless Headman – with more characters to unlock as you progress through the game, you’ll be ready to dive into this 2D adventure. You’re a squire who dreams of becoming a knight, so you enter the tournament to try and prove your might so that you can be recognized as the knight you want to be. 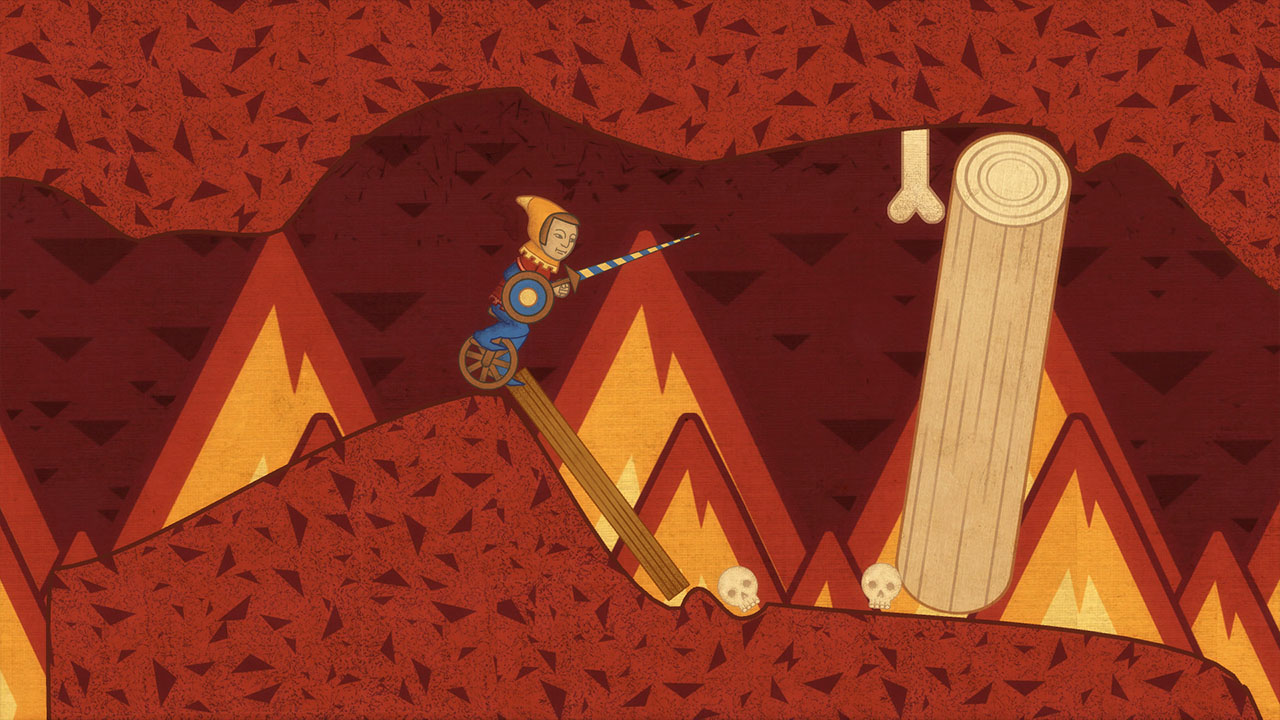 As you move from point A to point B, you’ll also have to defeat the many enemies that you’ll run into. This will be done by balancing your character so that the lance it’s carrying can be used to attack them with the Square button. The controls are simple to understand but hard to master due to the whole physics-based thing. You’ll move forward or backwards by pressing the L1 or the R1 buttons, respectively. The left analog stick will be used to balance your character so that it doesn’t end up falling over. You can also jump with the X button, but you’ll need to be extra careful with this because balancing your character while it’s up in the air will end up being twice as hard! 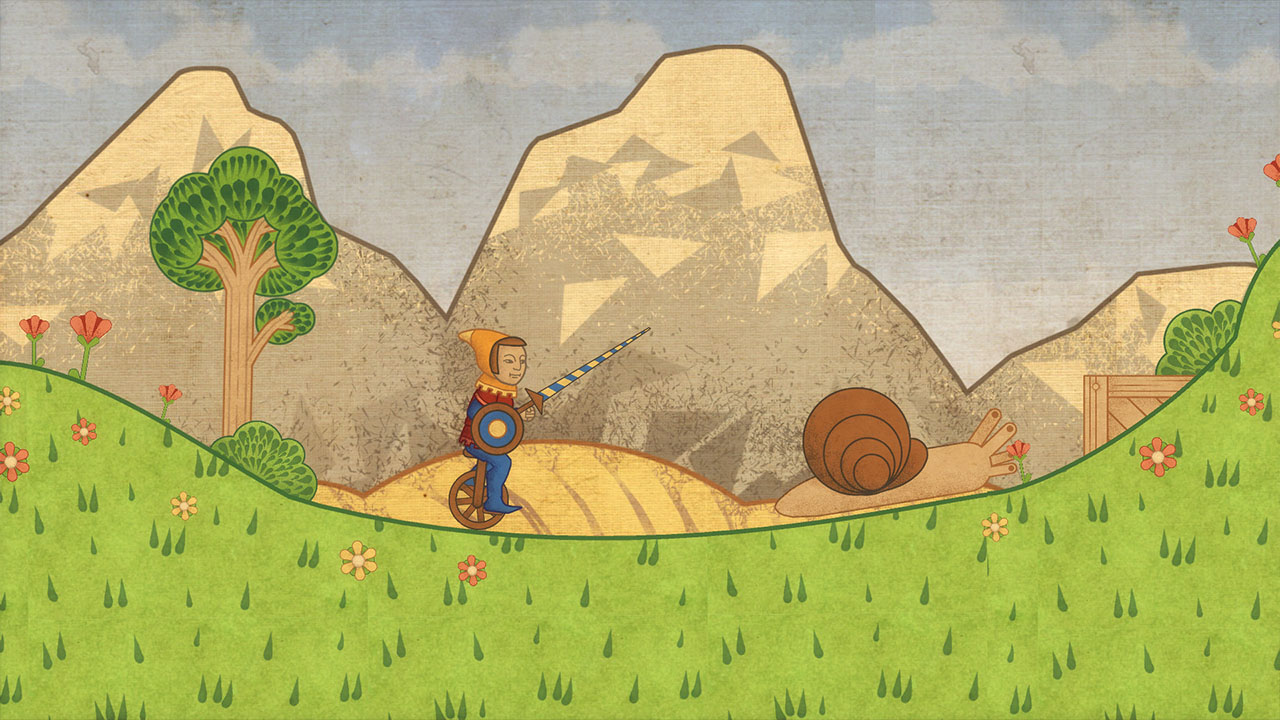 Balancelot is a game that requires a lot of trial and error as you get used to the controls, learn a level’s layout, plan on how to best defeat the monsters, and try to make it to the end of a stage. The good news is that you won’t need to do this in one go since you can reach the checkpoints in each stage so that when you die, you can respawn from the last one you activated. 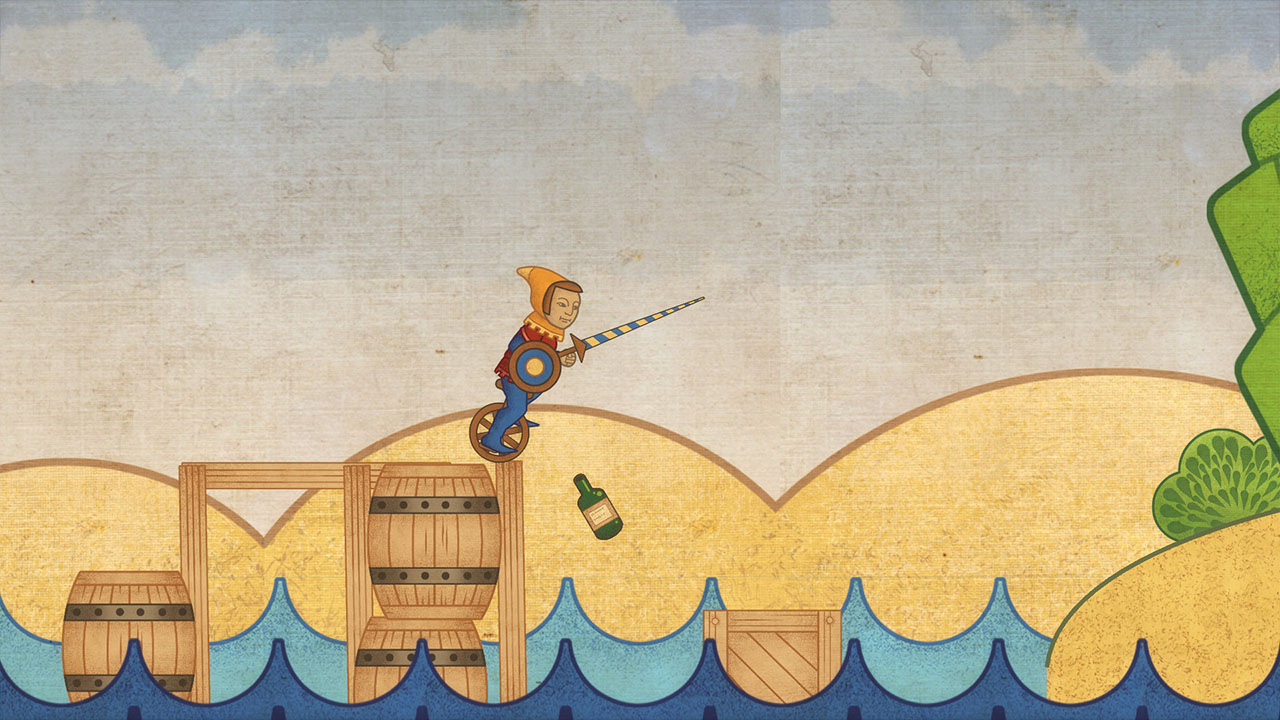 And die you will… a lot. Jumped and landed funny? Dead. An enemy touched you? Dead. Fell down a bottomless pit? OK, sure, that one definitely kills you all the time. You will end up dying as you learn the layout of each stage because there are usually tricky jumps over many bottomless pits or with hills that won’t let you pedal your unicycle at full speed, which won’t allow you to stick the landing of your next jump just right. 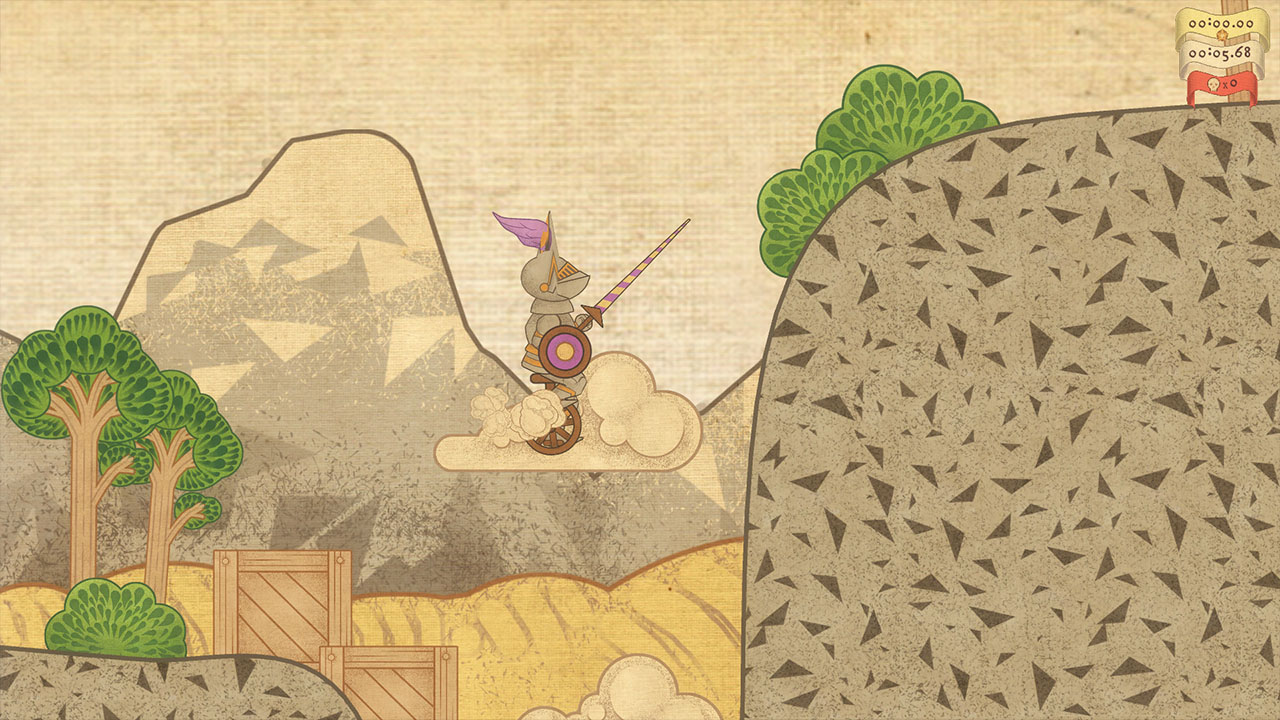 There are a few trophies to unlock in Balancelot, along with a Platinum at the end of the road. There are eleven gold trophies ahead of you, with the first one being the one for reaching the first checkpoint in the first stage. Or maybe you’ll die before reaching it. Clear this first stage, and you’ll get a trophy for completing the tutorial stage. There will also be trophies for killing one, five, and ten snails, for defeating a lion enemy – which looks like a wheel with arms -, for dying 10 and 20 times, and for grabbing your first star, which act as the game’s collectibles and are usually located in hard to reach spots.


Balancelot is a love it or hate it type of game with a medieval setting and art style and psychics-based controls that will either click with you or make you throw your control in pure rage. The game is out now on PlayStation 4 with a $7.99 asking price, offering more than 50 levels to complete

Disclaimer
This Balancelot review is based on a PlayStation 4 copy provided by Ratalaika Games.