Seers Isle from Nova-Box is an interactive graphic novel set in a fantasy version of medieval northern Europe. Learn more about it in our Seers Isle review!


In Seers Isle from Nova-Box, you’ll be taking on an interactive graphic novel set in a fantasy version of medieval northern Europe. I greatly enjoyed my time with Across the Grooves, the studio’s previous release on Nintendo Switch, thanks to its very interesting story, great music, and excellent art style. I’m here to report that Seers Isle also shares those characteristics. While Across the Grooves played a big focus on the music and its ties to the story – for obvious reasons – the music for Seers Isle has one purpose: to complement the story and setting. As it turns out, it does this with wonderful results! The soundtrack will help to set the mood, changing accordingly based on the particular scene. 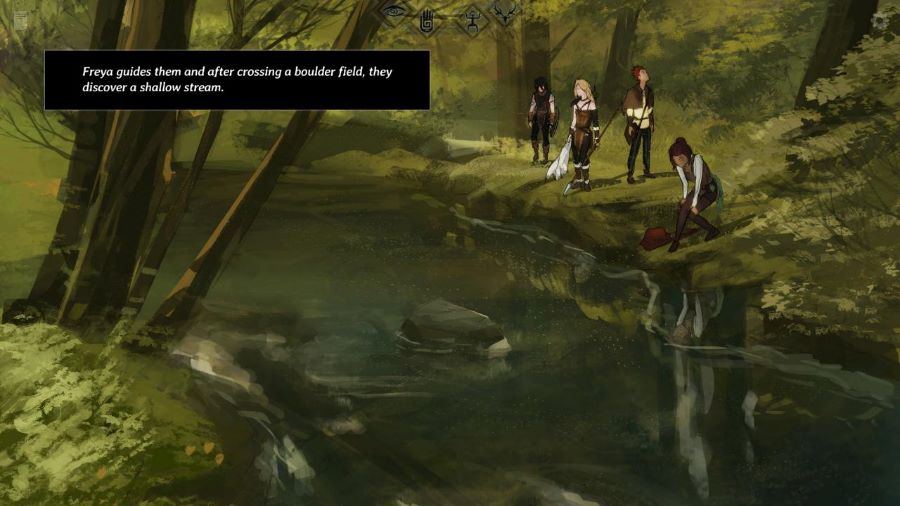 Seers Isle tells the story of a group of shaman apprentices who set foot on the shores of a sacred island where they are to be initiated in magic. It is there that they will find the titular Seers, which are their soon-to-be spirit-guides. As they explore the island, they start to realize that they’re not alone. Seers Isle is split into seven chapters, with each one setting things up for what is right around the corner, offering some very interesting twists to the plot that will keep you going until the end. I won’t be spoiling things here, but it’s definitely a story worth experiencing! 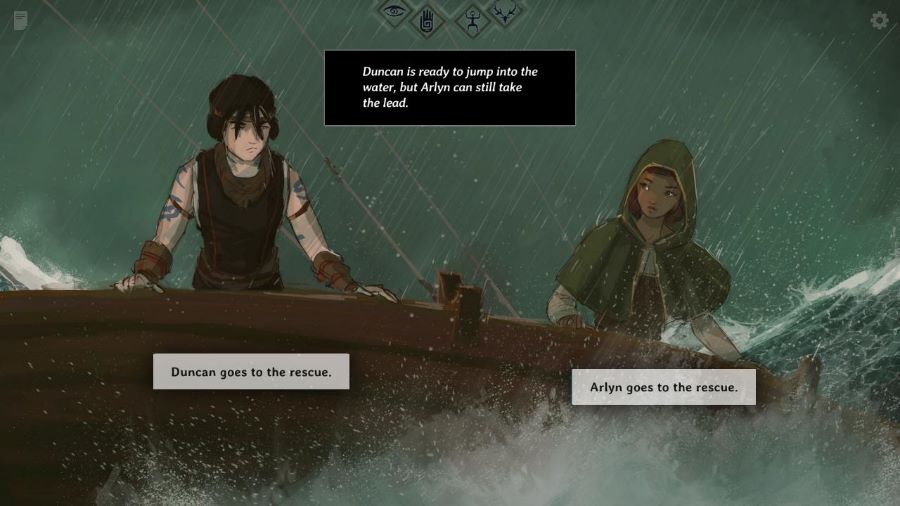 Those who are worthy will manage to reach the top of the island, receiving the Sacred Flame for their efforts. This valuable gift will provide the powers of second sight, divination, and healing to those who are deemed worthy. The Sacred Flame is what each of the members of the group needs to become shamans so that they can return to their respective clans after completing the different trials that the island has for them. 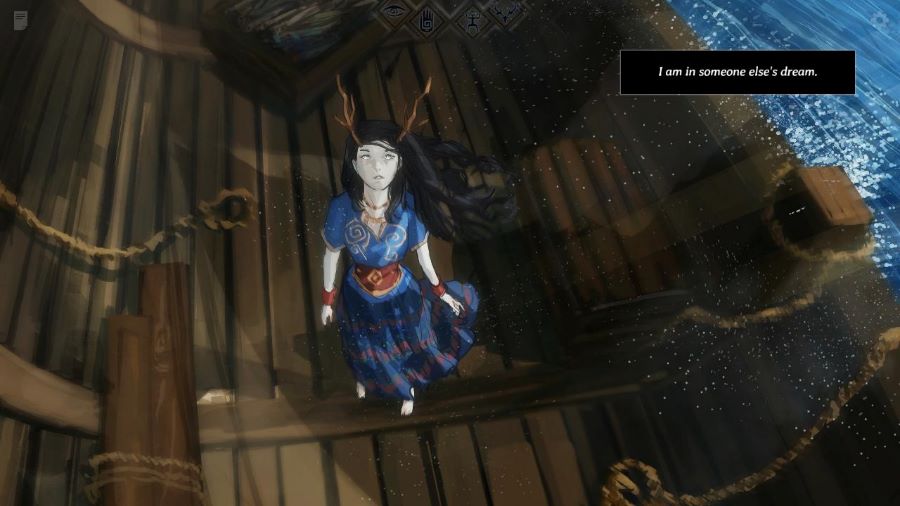 With this being an interactive graphic novel experience – a visual novel -, you’ll be doing a lot of reading. To carry on with your adventure, you can press the A button to move through the dialogue, or press anywhere on the screen when playing in Portable or Tabletop Mode, or if you’re using a Nintendo Switch Lite. As you play through the game, you’ll be presented with a variety of choices to make at specific moments in order to affect how the story will progress. There are four symbols at the top of the screen, and these will light up and react based on the choices you make, signaling how this has affected the relationship between the protagonist and other characters. The symbols are the Eye, the Hand, the Man, and the Deer. Since progress is saved automatically, you won’t be able to change your choice, so choose wisely! 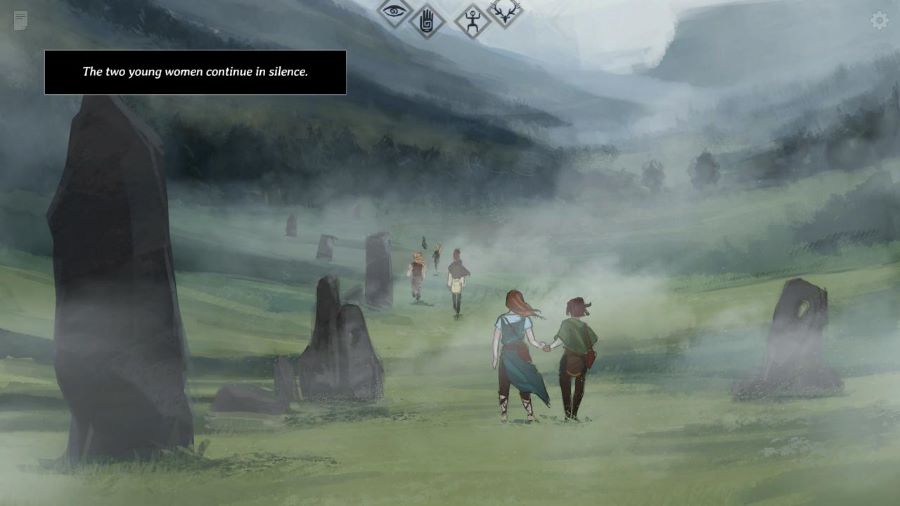 Across the Groove was a great adventure on Nintendo Switch, and Nova-Box has now given us the also excellent Seers Isle to enjoy at home or on the go. The game offers a ton of replay value since you won’t be able to see every story path or experience each ending, nor see the hundreds of hand-drawn images created for the game. Seer Isle is out on Nintendo Switch with a $16.99 asking price.

Disclaimer
This Seers Isle review is based on a Nintendo Switch version provided by Nova-Box.

Dungeons and Bombs Out Tomorrow