In Dry Drowning from Vigamus Leonardo, you’ll be taking on a Rated M for Mature psychological investigative visual novel set in a dystopian future. You’ll be playing as one Mordred Foley, an unscrupulous private detective with a dark past who must look into a series of macabre serial killings that seem to be inspired by Greek mythology. The story takes place in the city of Nova Polemos, a crooked place in which the rich are only getting richer, and the government controls every micro aspect of everyone’s lives, knowing what they’re doing at all times, deciding who lives and who dies. Don’t like how things are being handled by the government? Then you’re probably going to end up missing or pop up dead the next morning. 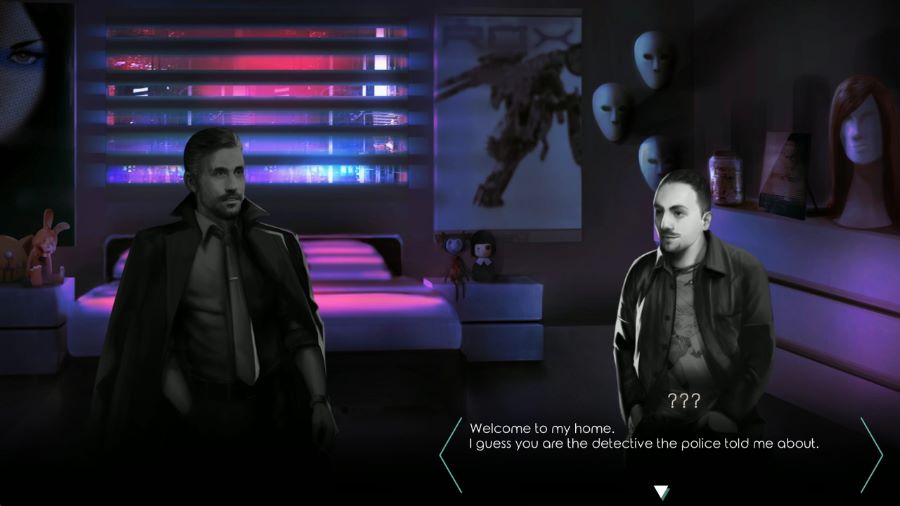 Mordred’s business is pretty much non-existent nowadays because he and his partner Hera Kairis are sort of blacklisted by everyone else due to a case in his past under which two innocent people died. While he was cleared of all charges in a city as corrupt as Nova Polemos, that probably means the right people were paid the right amount of money at the right time. Because of all this, Foley’s detective agency has fallen into some hard times until one particular case pops up, for which he’s hired to investigate due to its ties to a case in his past.

To give you a better idea of how society works in the world of Nova Polemos in the year 2066, let’s take a quick look at the Patterson Test. Around 20 years before the events of Dry Drowning, the Patterson Test was introduced. The citizens of Nova Polemos must take this test every five years, which consists of multiple questions that will assess the IQ of each individual. Getting high grades on this test will make it possible to obtain a better job, have more freedom on the internet, as well as gaining free access to medical facilities. Get a low score, and, well, things won’t be in your favor. 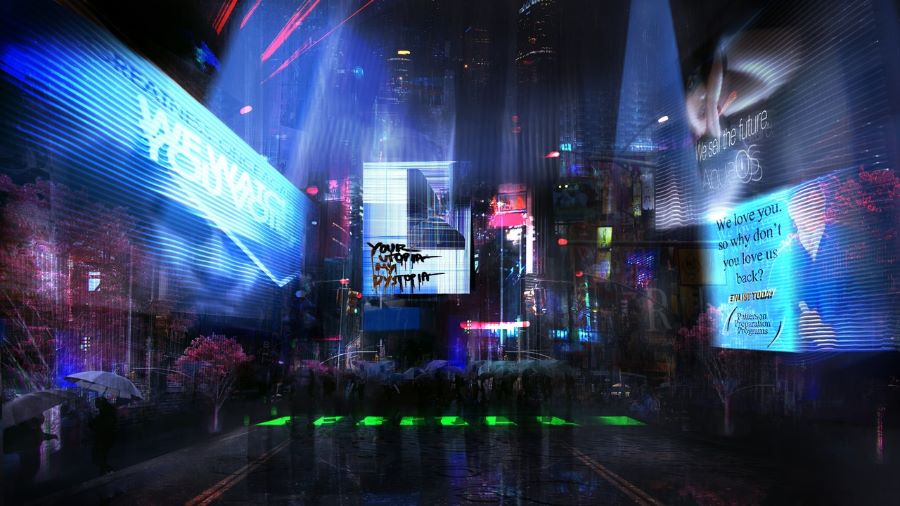 Dry Drowning will get you started with a short tutorial sequence during which you’ll get to explore with the AquaOS system. It’s used for your Inventory, where you’ll store all the items you collect, the Documents section where you can review any evidence you’ve found, Biographies, where you can learn a bit more about the different characters you’ll interact with during this case, a Map that allows you to travel between different locations, and your Diary, which will allow you to review recent dialogue, a summary relevant to the situation at hand, as well as a list of objectives to complete.

For example, the first thing you’ll need to do in the game is finding some cigarettes in the office so that you can have a smoke while you wait for Hera to finish playing the piano – she really hates it when someone interrupts her playing! For this, you’ll have to select the Investigate option. Doing this will allow you to move a cursor around the screen so that you can take a closer look at any area of interest that could yield an item or a piece of evidence that could end up proving to be crucial for the case. As you progress through the game and complete each sequence, the evidence that becomes irrelevant to your cause will be removed from your Inventory in order to streamline the experience. 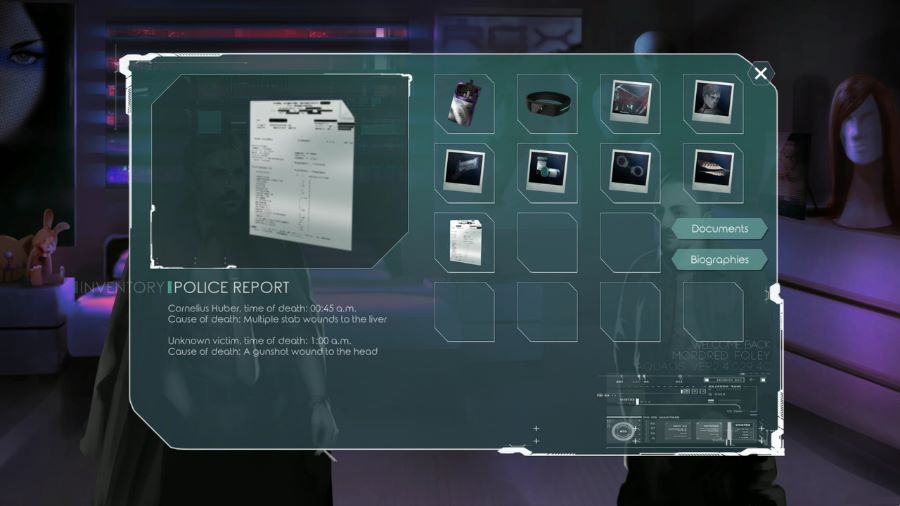 Mordred has an interesting ability that he can certainly put to good use for this investigation: he knows when people are lying to him. How does he manage to know when someone is bluffing or trying to send him down the wrong line of questioning? Because a monstrous mask will show up on the face of the person who is lying! It is then that you must use the evidence you’ve collected or the information you’ve obtained to point out the lie that is being presented so that you can carry on with the story. You get three shots at this, and if you fail, you must repeat the sequence. At least you’ll learn from your mistakes so that you can quickly pick the right answers or pieces of evidence. 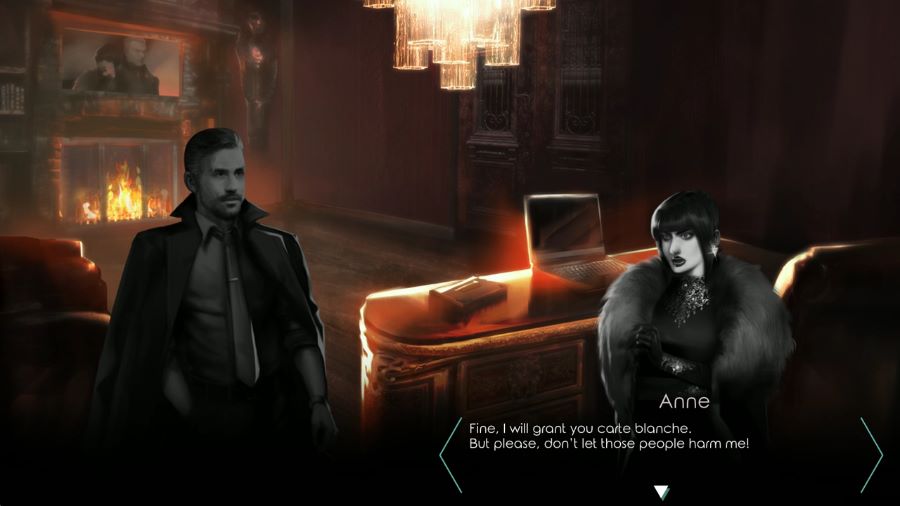 Dry Drowning is an interesting film noir-themed visual novel set in the future that presents an interesting premise and familiar gameplay mechanics that don’t reinvent the wheel but are just as fun as you’d expect from the genre. The game will keep you busy for around 8-10 hours on Nintendo’s console. The game is out today on Nintendo Switch with a $24.99 asking price.

Disclaimer
This Dry Drowning review is based on a Nintendo Switch copy provided by Vigamus Leonardo.