Is the murder case in Hotel Lisbon worth solving? Find out in our Detective Case and Clown Bot in: Murder in The Hotel Lisbon review!


Detective Case and Clown Bot in: Murder in The Hotel Lisbon is a point and click adventure game from Nerd Monkeys in the style of classic games in the genre such as the beloved Monkey Island or Grim Fandango. This game has you take control of the titular Detective Case and his partner Clown Bot, as they follow a series of clues to solve a murder. Interrogate suspects, collect evidence, and determine the killer in this murder-mystery adventure game! 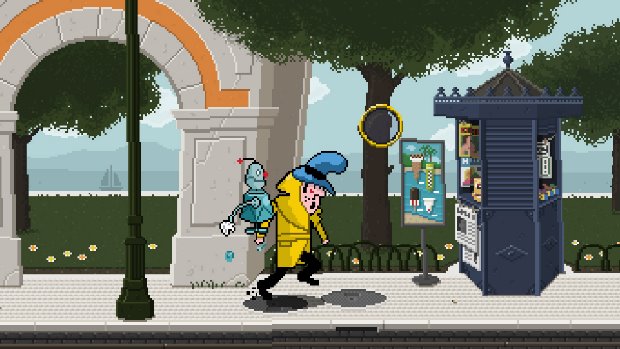 Detective Case and Clown Bot in: Murder in The Hotel Lisbon is quite unique in its presentation. The whole thing takes on the facade of being a stage production, complete with a crowd, curtains, and an act-based story structure. The two main characters discover that a murder has taken place at The Hotel Lisbon and are tasked with solving the case. You’ll interview a variety of characters, search high and low for clues, and conduct interviews to determine what really happened that fateful night at The Hotel Lisbon.


Detective Case, brought to the Nintendo Switch, has you moving your character with the left analog stick or the D-pad, highlighting interactive elements with the right analog stick, and interact with them by pressing the A button. The UI isn’t obvious at this point, as you’ll have multiple options interacting with people. With enough trial and error, it can be determined that you can either ask more questions of potential suspects or conduct an interview. The interviews are where things can get interesting. 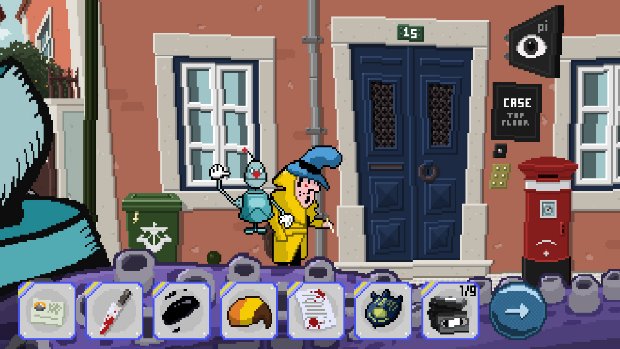 The crux of any good adventure game is the writing, and it is perplexing how dichotomous the narrative is in Detective Case. While I found the occasional chuckle when Clown Bot breaks the fourth wall, in the end, the narrative feels quite hit-or-miss. While this seems written as a throwback to a long-gone era, to some, the jokes and the portrayal of certain characters could be seen as in bad taste.


The story surrounding the titular murder is at times inappropriate and repetitive, as you will continually see Detective Case have to move back and forth between only a couple of locations. The movement is clunky, a product of the era this game is trying to replicate, but it thankfully does include a fast-travel gameplay mechanic, which made getting around a breeze. Even the audio design harkens back to the period of adventure games that Detective Case works hard to evoke. The chiptune jazz is melodic and appropriate, although, at times, the sound of the crowd and environment is blown out. 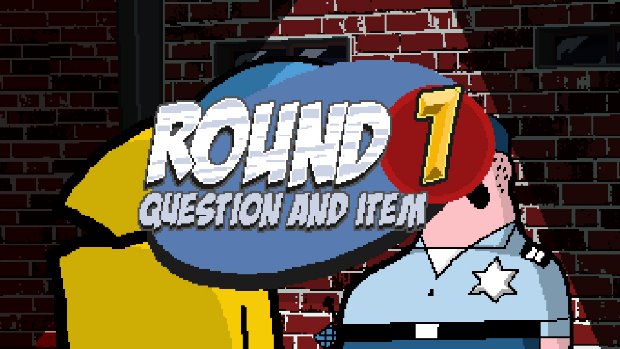 The heart of this game is its interviews. These can be approached as either Detective Case or Clown Bot, both of which have their own sets of questions and ways of using the evidence the player has collected. Choose to take a calm, mechanical approach to conversations as Clown Bot, or play the wily Detective Case and schmooze your way to the answers you seek. The interviews will consist of three increasingly personal questions as you use the evidence collected to get closer to the truth. I found these puzzles refreshing as I alternated between the characters. Thankfully there are no penalties for choosing the wrong answer or evidence, as you can simply try again with the same character or swap them out. 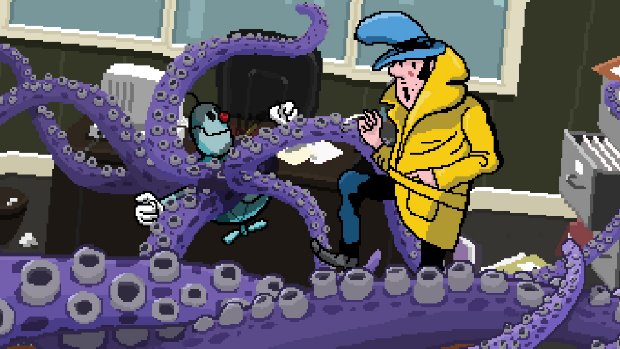 Disclaimer
This Detective Case and Clown Bot in: Murder in The Hotel Lisbon review is based on a Nintendo Switch copy provided by Nerd Monkeys.

Anodyne 2: Return to Dust Out This Month

Aground Out Next Week On PS4 And Switch