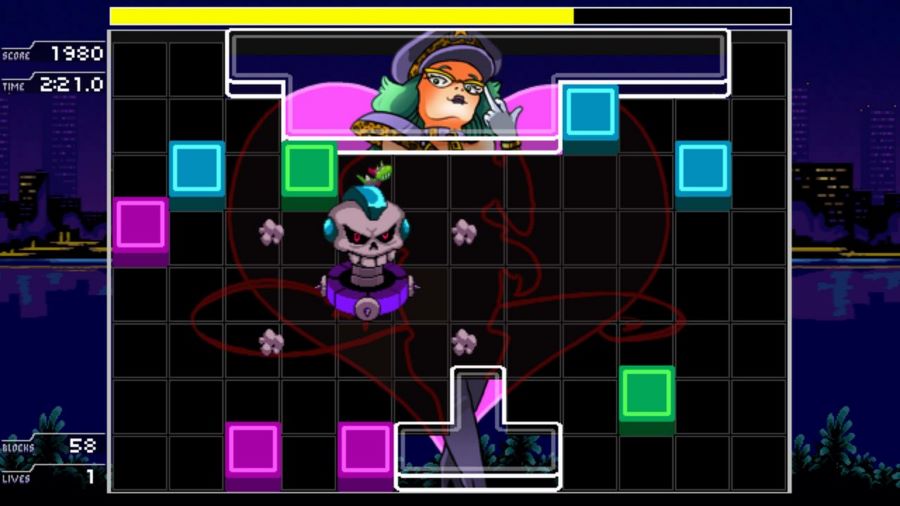 In Crawlco Block Knockers from eastasiasoft and CosmiKankei you’ll be taking on a blocks-based puzzle game on Nintendo Switch that is Rated M for Mature. It’s a game that has a bit of a Qix feel to it – with a dash of Pengo – as you use the blocks on the playing field to complete a naughty image underneath. The Nintendo Switch version of this game has been revamped for its console debut, with new art and extra stages, making this the definitive version of this cheeky match-three release. 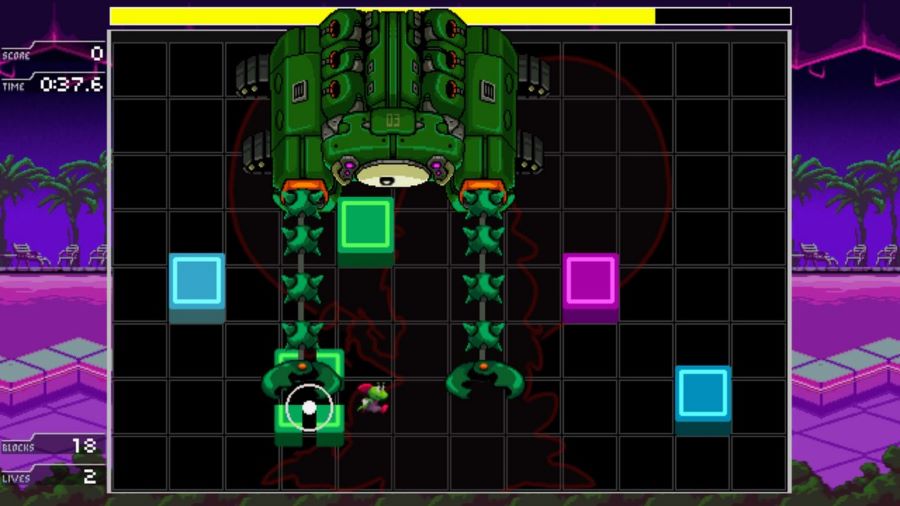 The controls are easy to understand since you’ll be moving your character with the left analog stick or the D-Pad, grabbing blocks with the B button so that you can pull them. When you’re ready to get the job done at a faster pace, you can press the A button to kick the block to send it flying forward. Line up blocks so that they match at least two blocks of the same color, and you’ll make those blocks disappear, leaving behind part of the underlying image. Blocks can also be used to squish the enemies in each stage, which is a good use for said block since this will also reveal part of the image as the whole thing goes boom. 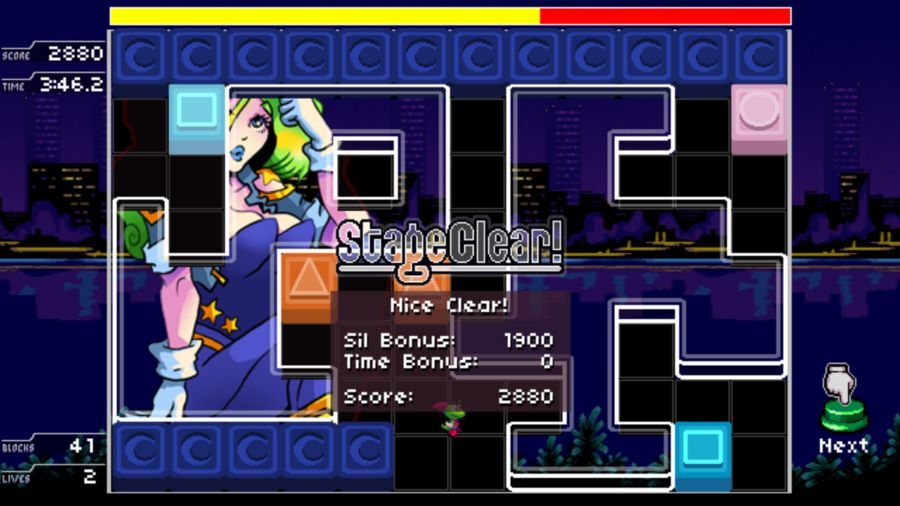 Along with the regular stages, you’ll have to complete, there will also be boss fights that will test your skills in full. You’ll probably be defeated the first time you run into a new boss since you’ll be busy paying attention to its movement and attack patterns as you try to stay alive. No two boss battles feel the same, which helps to keep the whole experience feeling fresh, even though, in the end, you’ll still be pushing, pulling, and kicking blocks. You can also use the stars you collect from completely revealing each image on regular stages to skip boss fights if you feel like it. 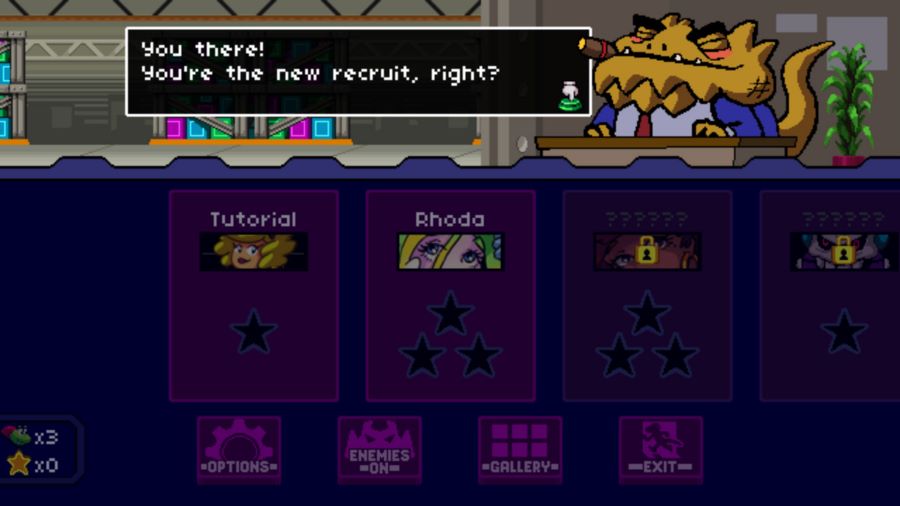 Since the game does feature nudity, there’s the option of turning a modesty filter on top of things by either adding stars so the “naughty” parts or by playing in Hide Mode, which completely removes the images of the different girls from the equation, showing instead a wallpaper that doesn’t reveal a thing. You can also turn off enemies for stages if you’d like to have a more chill experience so that you can play Crawlco Block Knockers at your own pace as you try to improve your overall score. 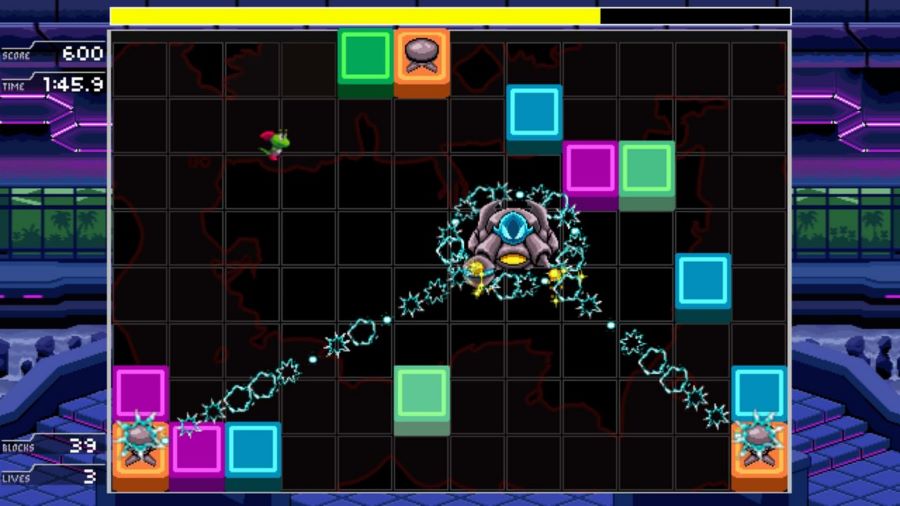 Crawlco Block Knockers is a fun match-three block-based puzzle game on Nintendo Switch with easy-to-understand gameplay mechanics and a Rated M for Mature experience due to the nudity for the images of the different ladies. There’s also the option of removing this content in case it rubs you the wrong way. Crawlco Block Knockers is out on Nintendo Switch with an $8.99 asking price.

Disclaimer
This Crawlco Block Knockers review is based on a Nintendo Switch copy provided by eastasiasoft.

Judgment On Its Way To PlayStation 5