In Café Enchanté from Aksys Games and Idea Factory International, you’ll be taking on a fun visual novel of the Otome variety on Nintendo Switch. You’ll be playing as Kotone Awaki, who finds herself taking on a whole new life after inheriting her grandfather’s café in Tokyo. Managing a café is certainly big news, but that’s not the only twist in this story! As it turns out, this particular café is actually the meeting point for individuals from many different mystical worlds. You will get to interact with demons, beasts, fallen angels, and more! 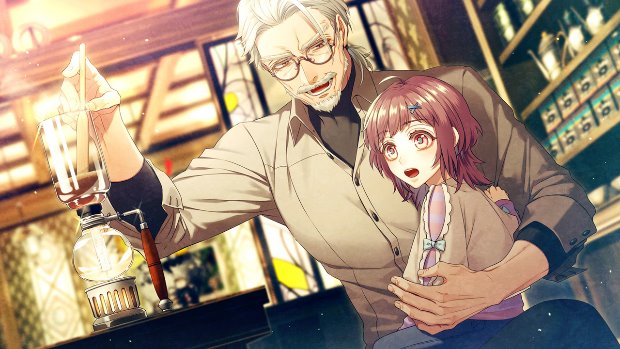 Kotone’s childhood memories are filled with steam and the rich smell of coffee, with the music from classic records playing in the background, so she was definitely up for taking care of her grandfather’s café. Some people would drop for one cup of coffee and would end up falling in love with the intoxicating brew, becoming patrons that would visit it as part of their day-to-day. It’s been fifteen years since the last time that Kotone was at Café Enchanté, but as soon as she steps into the shop, old memories start to rush into her mind.


Since this is a visual novel, there’s going to be a lot of reading involved, unless you understand Japanese, in which case you’ll get the most out of the voice acting for each of the different characters you’ll interact with. You can press the A button to move from dialogue to dialogue or press the ZR button to activate Auto Mode, which automatically moves the conversation forward. Since you’ll be replaying the game more than once in order to see all of the different story branches, you can skip the text you’ve already read by pressing the Y button. The L button allows you to quick save, while the R button is used for quick loading. 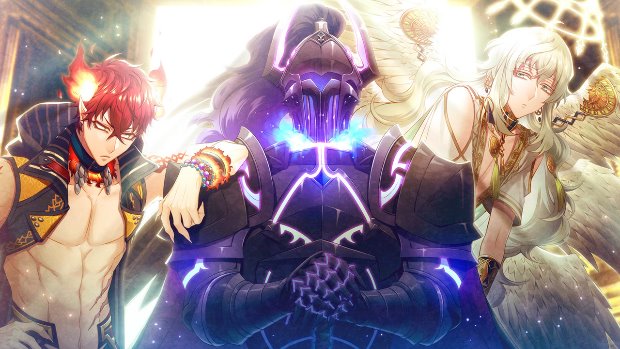 There are five potential suitors based on the choices you make along the way and which route you take. Four of them are available from the start, but for the last one – hint: it’s Misyr Rex – you’ll have to first complete the four story routes for the rest of the characters. This also means there are different endings for you to reach, split into good endings (of the happiness variety), as well as bad endings. If you want to 100% the game and get access to all the CG, then you’re going to have to hit every single ending.


It’s never easy to review a visual novel because saying too much could end up spoiling your enjoyment of the different story beats and plot twists you’ll get to experience when you take the game for a spin. What I will mention is that you should definitely pay attention as you play for when you get a prompt to press down on the D-Pad. What this will do is activate the dictionary feature, which will give you more information on some terms and on the characters that make Café Enchanté shine. Your first opportunity to do this will be when Kotone mentions her late grandfather, Souan Awaki. 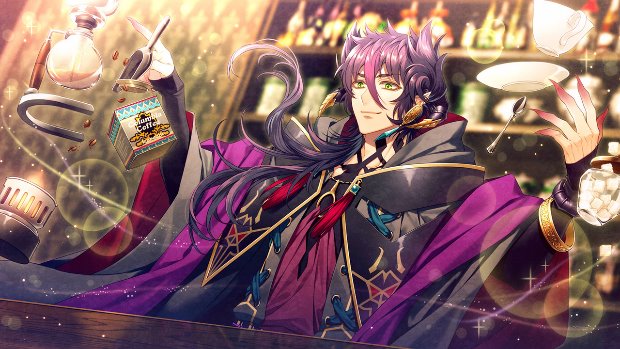 To go along with the whole café motif, the extras for Café Enchanté will be listed on the main menu under “Daily Specials.” Once you enter this section, the extras for each of the suitors will be listed as menu items, and the same will happen for the music and the dictionary that allows you to learn more about a variety of terms. For example, the extras for fallen angel Il Fado de Rie will be shown under Fallen Angel Fluffy Pancakes, a delicious treat available for only 1,980 yen. Canus Espada will be listed under the Fairy’s Breath Cobb Salad, Misyr Rex’s section is under Devilishly Delicious Egg & Toast, Ignus Carbunculis is the Beastly Feast Mega Steak, and Special Agent Kaoru Rindo’s extras section is under Nation’s Best Kept Secret Galette. 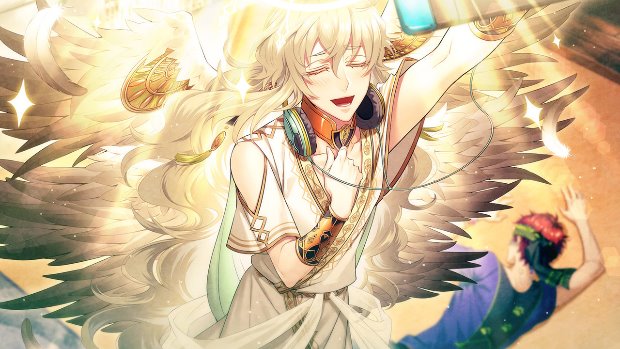 If you’re a fan of Otome visual novels, then you’re going to enjoy your time with Café Enchanté. It offers dozens of hours of content because of its different story paths and endings, thanks to the five different suitors and the many interactions you’ll have with the characters that visit the charming café. Café Enchanté is out on Nintendo Switch digitally and physically with a $49.99 asking price. 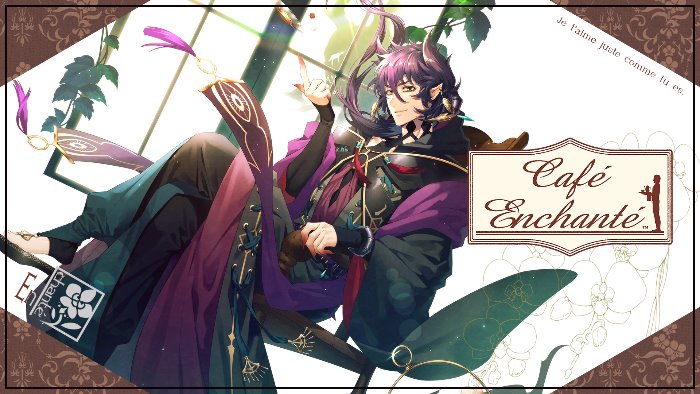 Disclaimer
This Café Enchanté review is based on a Nintendo Switch copy provided by Aksys Games.