Bezier: Second Edition from Thalamus Digital is a fast-paced and hectic twin-stick shooter on Nintendo Switch. The game takes place inside of a vast computer built deep underground. There’s an interesting narrative to go along with the twitchy twin-stick experience, as you gain more insight into what is really going on as you complete each of the game’s stages. There are branching paths you can take, so you won’t be able to play every single stage during a single run through Bezier: Second Edition. 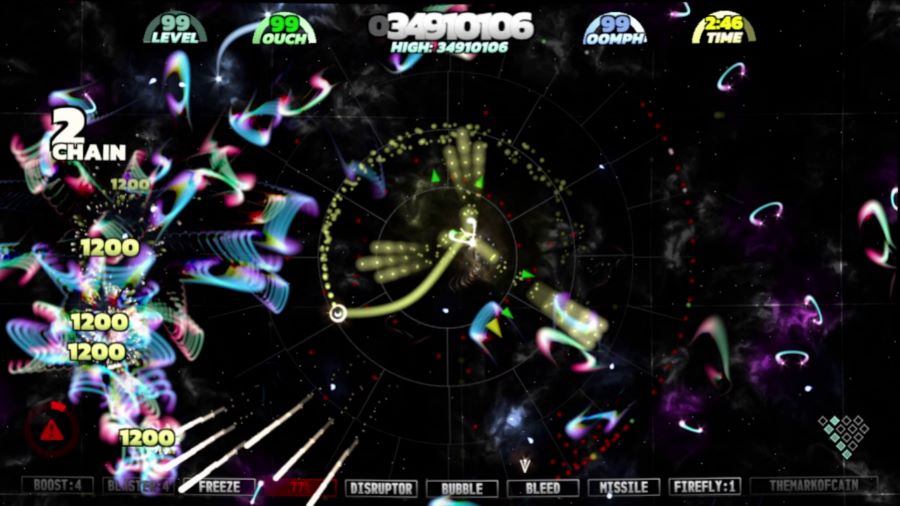 Before you start your journey with Bezier: Second Edition, you will need to select the difficulty in which you’ll play in, between Easy, Medium, and Hard. In Easy, your speed and the speed and damage of your bullets will be lower, but gems will be bigger, health items will recover more of your health, while the score and level points multipliers remain at X1. For Medium, your speed and damage are increased, as is the multiplier that will be set to X2, but gems will be smaller, and health items will only heal 50 points. Hard will make you blazing fast, with fast bullets that deal a ton of damage, but gems will be much smaller, health items will only recover 25 points, but level points get a 3X boost, and the score moves to a 5X boost.


As you take on each stage, you should follow the yellow radar pointers that will lead you to shields. You must quickly destroy these because if any shield is left standing when the zone ends, you will die instantly. For this twin-stick shooter, you’ll be moving with the left analog stick or the D-Pad as you aim and shoot with the right one. There’s also the option of using the A, B, X, and Y buttons to auto-aim, but you must keep an eye on the temperature gauge so that you can avoid overheating. You have a special attack, which can be triggered with the R and ZR buttons. 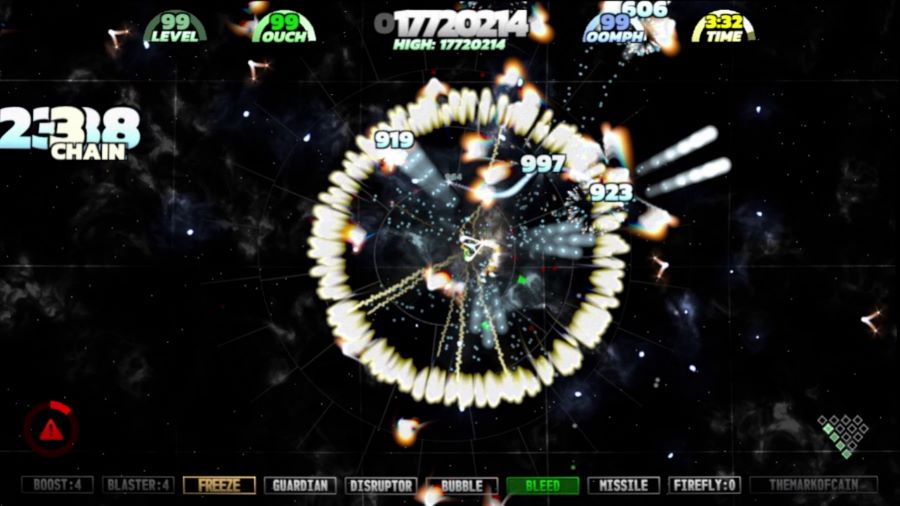 By collecting stars, you will activate the upgrades menu, which is displayed at the bottom of the screen. Press the L or ZL buttons to select the upgrade you want to unlock so that you can boost your weapons and improve your vessel. You should also collect gems so that you can boost your Ouch and Oomph. Ouch will be your health meter. Boosting your Oomph will increase your score multiplier, allow your ship to move at a faster pace, and for your weapon to cooldown faster.


As for what each upgrade will do, there are several for you to consider. Freeze will paralyze all enemies until they’re damaged; Guardian will protect you, dealing considerable damage to any enemy that comes near you; Disruptor will hurt all enemies on the screen at once; Bubble will set a protective bubble around you; Bleed will hurt your enemies while it heals you; Missile will launch high-impact homing missiles; and Firely, which will add small companions to shield you while they also attack your opponents. 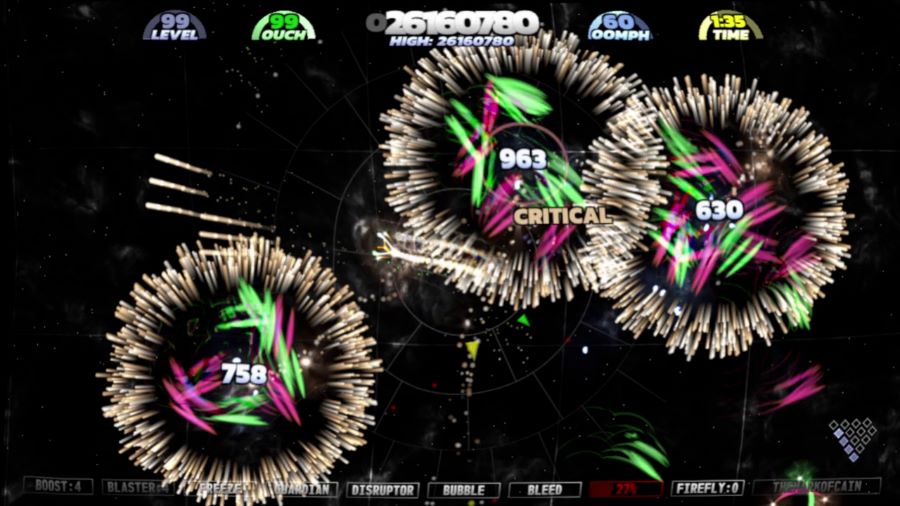 As you play the game, selecting the different paths you can take to reach the final stages at the top of the chart, you will gain experience points. Obtain enough of them, and you will level up. As you level up, you will start to see new enemies pop up during subsequent runs, which means you won’t be able to fight against all enemies and see everything the game has to offer if you only do one run. Oh, and after you finish the game at least once, you’ll unlock Endurance Mode, which will send wave after wave of enemies to dee how long you can survive. 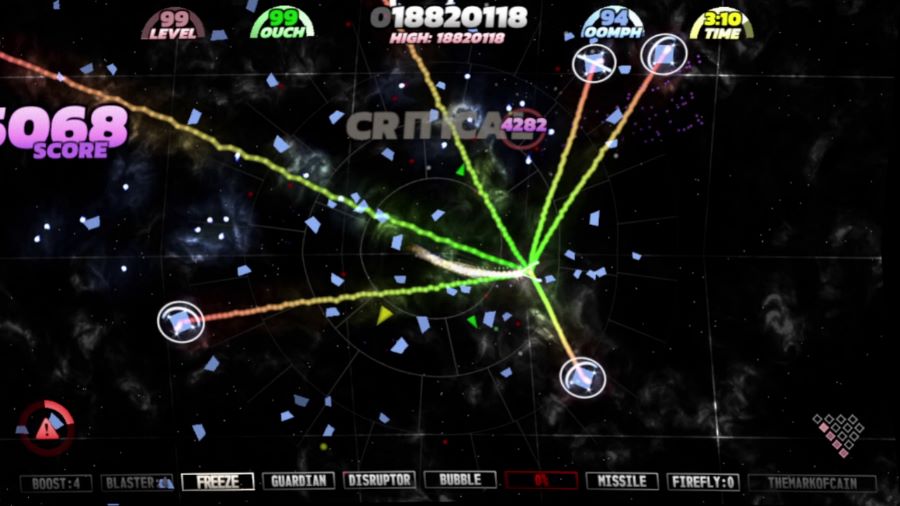 Bezier: Second Edition is a fun experience with gameplay mechanics that are easy to understand, an upgrades system that allows you to choose what you’ll be adding to your ship based on your playing style, plenty of stages to take on, and endless Endurance Mode to challenge your skills, and a soundtrack that mixes orchestra, synthesizers, and many ethnic instruments, to accentuate the action and the story beats behind it all. Bezier: Second Edition is out on Nintendo Switch with a $19.99 asking price, and it’s one you should check out on Nintendo’s console.

Disclaimer
This Bezier: Second Edition review is based on a Nintendo Switch copy provided by Thalamus Digital.