[Nintendo Switch] Along The Edge Review


Nova-Box has previously given us the excellent Across the Grooves and the just as fun Seers Isle, a pair of interactive graphic novels that are a great option on Nintendo Switch, and the studio is now ready to give us Along the Edge. This time around, the story presents Daphné, a girl who finds herself at a dead-end. Her personal and professional life are not what she expected – having recently broken up with her boyfriend – so when she ends up inheriting an old house, she jumps at the chance of doing things differently, and starting a new type of life. 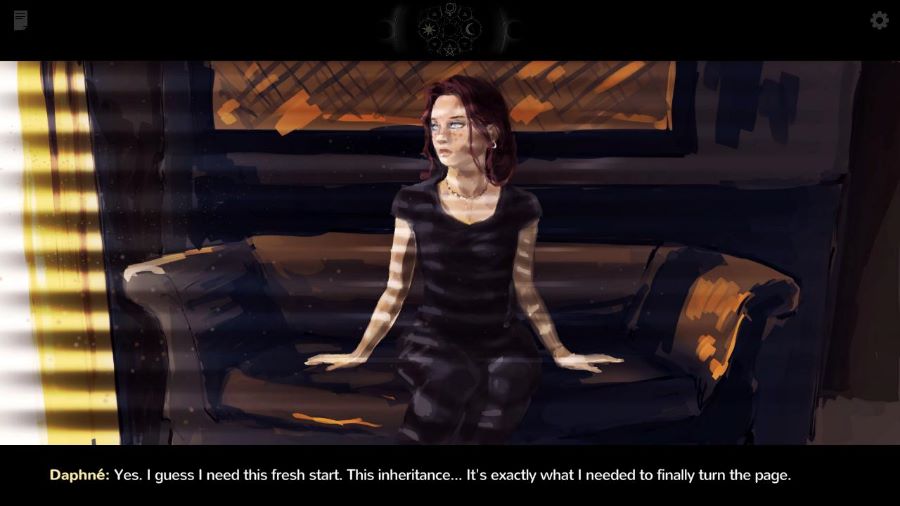 For Daphné, inheriting her grandmother’s house in the countryside offers her the chance to start anew, far away from the pain of a recent breakup in a relationship that lasted several years, leaving behind her PhD research at a lab facility where she didn’t interact with anyone else. The relationship was at a point where they were both ready to have a family together, but unfortunately, Daphné ends up having a miscarriage, which is something neither one of them manages to recover from.

If this is the first time you’ve taken on a visual novel, you should know that this game does the genre justice, with a ton of dialogue to read, and different choices to make along the way that will change how the story develops. Just press the A button – or touch anywhere on the Nintendo Switch’s screen when playing in Portable or Tabletop Mode – and you’ll move from line to line. You won’t be able to experience every path during a single playthrough, which adds a lot of replay value to this one. 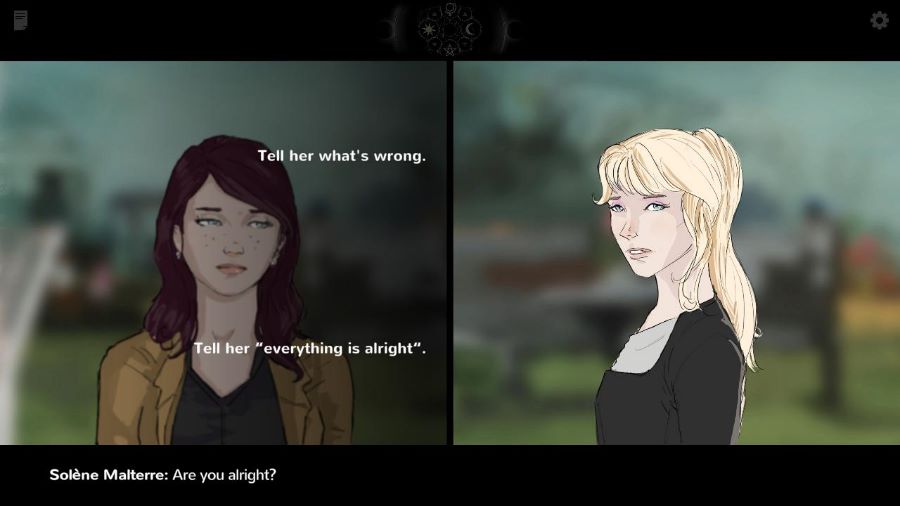 What you do in Along the Edge will have an impact on Daphné and her future, in an adventure that features gorgeous hand-drawn locations and characters and a soundtrack that does a great job of complementing the story beats and twists. The story will change based on your choices, but so will the way Daphné looks and acts. There are many potential combinations for this, as you can see in the game’s trailer in this Along the Edge review. Just look at all of the different looks for the main protagonist! 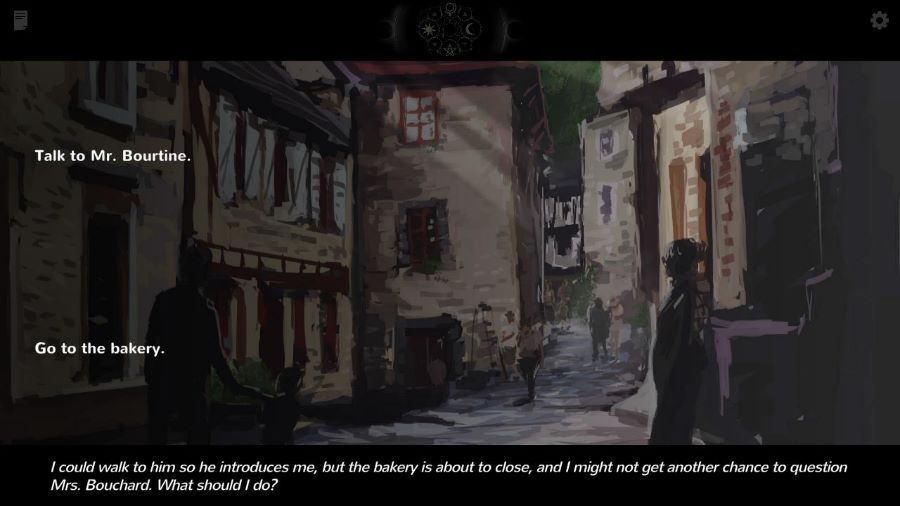 The decisions you make, the interactions you have with other characters, they will all have an effect on one of the four symbols displayed at the top center of the screen. These four symbols are the Star, the Globe, the Sun, and the Moon. No choice you make is good or bad, nor will it lead to a “game over” if you make this or that decision. You do need to be sure about the decision you’re about to make, because once you select it, the game will autosave, and you won’t be able to go back and change it. 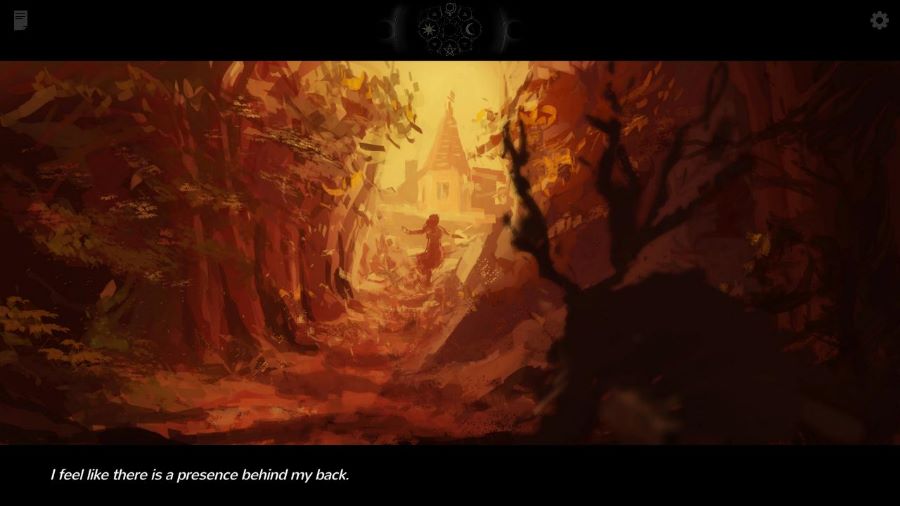 I greatly enjoyed my time with Along the Edge. Knowing what Nova-Box was capable of after reviewing the also excellent Across the Groove and Seers Isle, I was not disappointed by the story weaved by Along the Edge. As was the case for the other two games from the studio, Along the Edge offers a lot of replay value thanks to the many endings it has to offer, and the many twists and turns you can experience along the way based on your choices. Along the Edge is out on Nintendo Switch with a $16.99 price, and is a story-drive experience that is a must-play.

Disclaimer
This Along the Edge review is based on a Nintendo Switch version provided by Nova-Box.