Three years have passed since their last adventure. Ryza and her friends had gone their separate ways, but by chance and coincidence, they found each other once again. This story paints a picture in colorful brush strokes of discovering what is truly important to you. 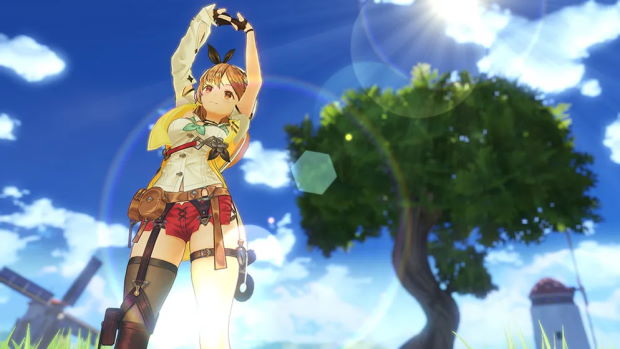 The story for Atelier Ryza 2: Lost Legends And The Secret Fairy from Koei Tecmo America takes place three years after the first game. Ryza has returned to her ordinary life after her previous adventure until she receives a letter from Tao about some ruins near the royal capital that seem to be related to alchemy. Ryza decides to leave to meet with Tao while also trying to fulfill Mr. Moritz’s request to research an ancient treasure he names the Rainbow Jewel.


Upon arriving in the city, she finds Tao, as well as Bos. Both show her around the city and present her to Patty, Tao’s student who happens to be part of the family who owns most of that area in the city. Patty will help Ryza find an expensive room to live in, and her father will ask for some alchemy requests and to help people in town to pay for it. After exploring some ruins with Tao and Patty, Ryza will notice a strange glow on the Rainbow Jewel, only to find it hatch sometime later in her room! Out of the jewel comes a special creature she’ll name Fi. This will be the new beginning of an adventure for Ryza and her friends in the royal capital, and what follows next is a very fun experience on PlayStation 5! 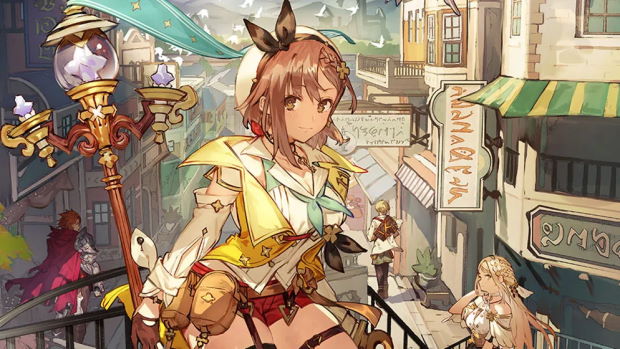 In typical Atelier fashion, you’ll spend your time in the game either exploring while gathering materials and fighting enemies or fulfilling requests from people by using alchemy to create new items. When you’re out exploring, you’ll encounter enemies, which you can trigger a fight by either getting close to them or using the Square button to initiate the fight. The game retains the active time battle system of the first game, meaning that time always flows, so you can’t stop to think about your actions once it’s your turn to act. Attacking enemies is done with the Circle button, which gradually accumulates Action Points that you can use for your skills. Skills are accessed by holding the R1 button and then pressing one of the face buttons for the one you want to use. You can also defend from an incoming attack with the Triangle button, which will give you additional AP if you time it just right.


When you’re not fighting, you’ll see lots of flashing items around, which you can pick up with the X button or by using a tool with the Square button. As you gather resources, you’ll eventually gain new tools to collect new items, and you’ll also increase your Gathering Rank, which will allow new items to be found in previous gathering spots. All those materials will be what you will use to synthesize new items with Alchemy. The Material Loops system from the first Ryza game is back for the synthesis, which was something I enjoyed. To create an item, you are presented with interconnected Material Loops, on which you can add one or more items depending on the desired quality. Depending on the types of materials you put, you can potentially unlock some connected Loops in order to apply additional materials and effects to your new item. And if the concept seems a bit new if you haven’t played the first game, no worries as there is an auto-add feature to select materials for you. 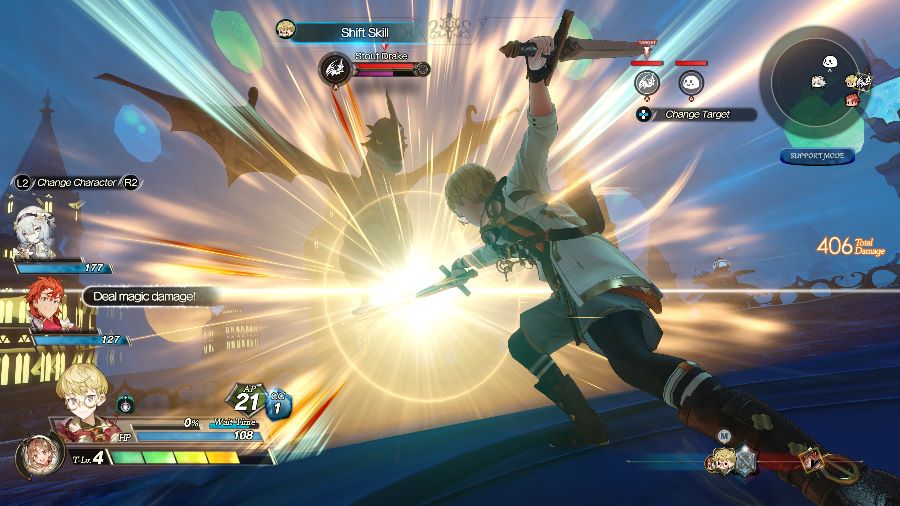 Visually, this game is what you’d expect from a new Atelier game, with incredibly colorful visuals, along with a Japanese voice cast. I’ve tried both the PlayStation 4 and the PlayStation 5 versions, and I found that the PlayStation 5 version is a bit crisper, which is probably thanks to the higher framerate when compared to its PS4 counterpart, as well as the extra bells and whistles afforded by the power of Sony’s new home console.

It has been a while since I got to play an Atelier game, so I was really happy to play this one on Sony’s console. Moreover, all the things I enjoyed about the first game were there. The Material Loops system for the alchemy is back, which is probably one of the synthesis systems I enjoy the most. There is now a skill tree to learn new recipes, which cost SPs to unlock. SP is earned by exploring ruins and by crafting new items. The fast-paced battles are also back, which I loved, with a few interesting twists like the perfect parry and being able to switch characters. 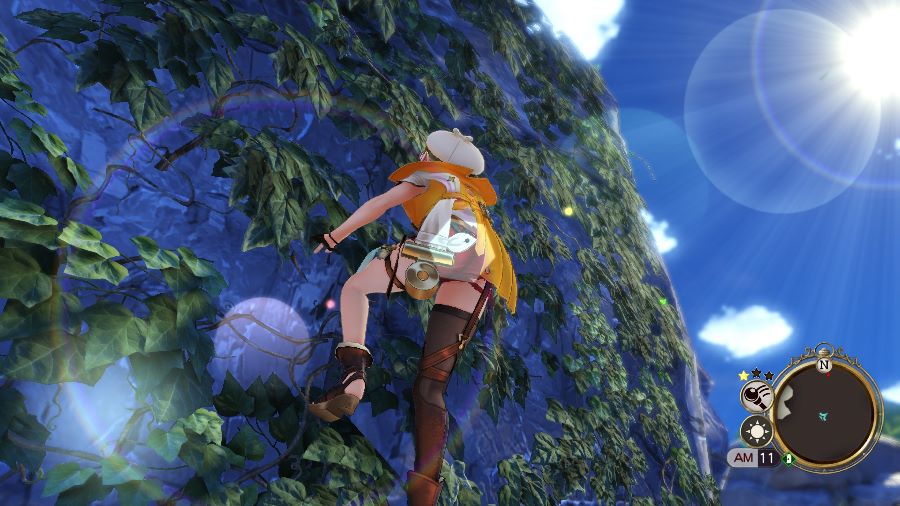 The one thing I wasn’t blown away in the previous game was the story, and I’m here to report that this has seen an improvement for the sequel. While I found the first game to be slow to pick up and a bit confusing, this one was a lot more focused and relatively fast to get things going, which makes for a better experience. And for any fan of the long-running Atelier franchise who has a PlayStation 5, you’ll be happy to know that purchasing the game entitles you to both the PS4 and PS5 versions. Along with the better framerate, you’ll also notice that there is close to zero loading time on the PS5, which is definitely a good thing!

As for the trophies, completing all requests will take the most of your time on your way to the Platinum trophy, which shouldn’t pose a challenge for anyone used to trophy hunting for this series. And if you don’t mind playing the game twice, the PS4 and PS5 versions have separate trophy lists, so Ryza 2 should keep you busy until the next Atelier game! 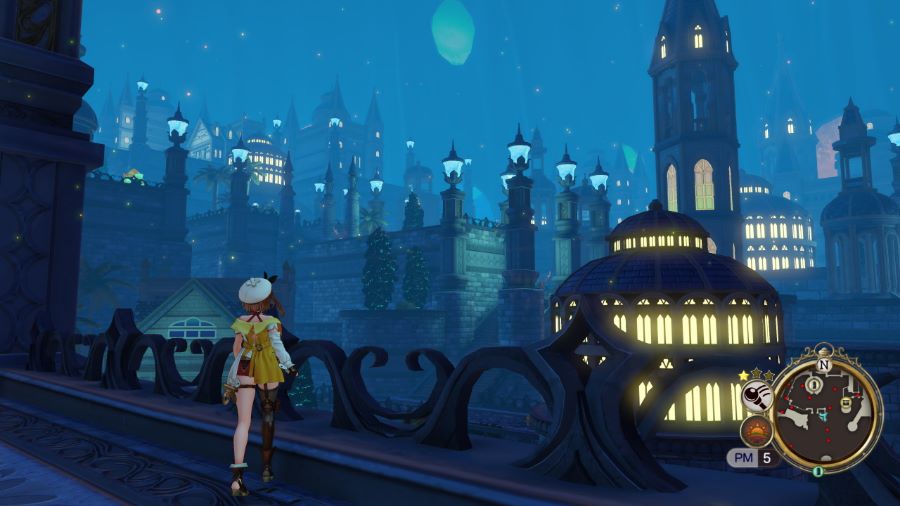 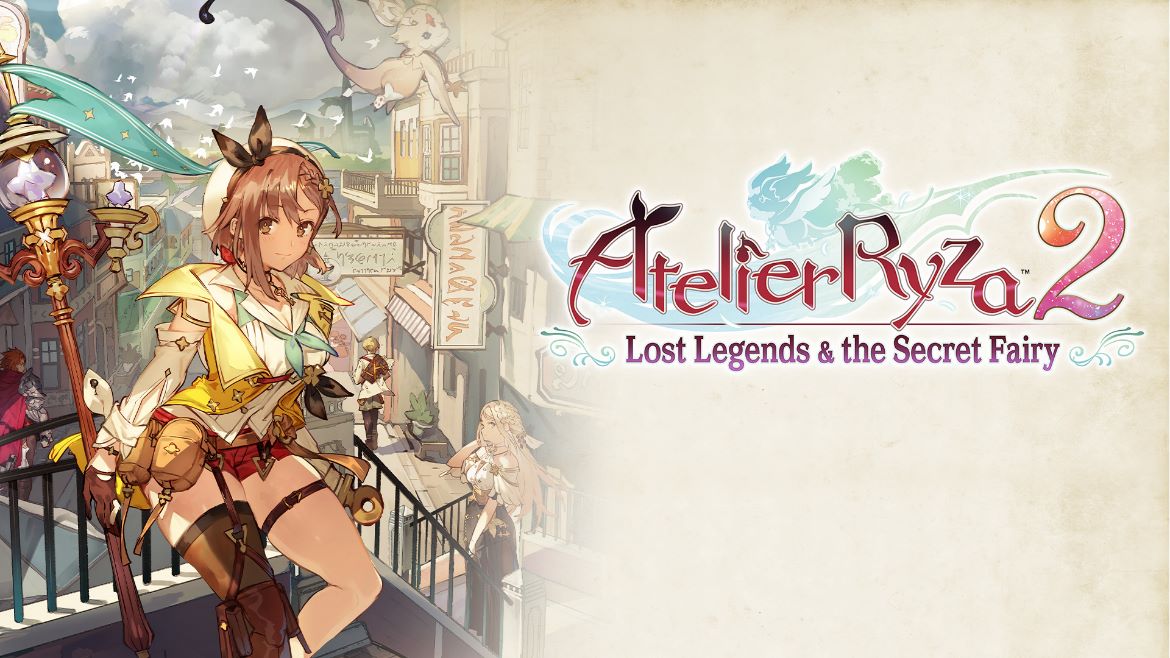 Great first entry of the Atelier series on PlayStation 5

Disclaimer
This Atelier Ryza 2: Lost Legends and The Secret Fairy review is based on a PlayStation 4 code provided by KOEI TECMO.