Professor Rubik’s Brain Fitness from Microids is a brain training game for the PlayStation 4. It will allow you to train different cognitive aspects of the mind, thanks to its daily trainer experience. The iconography of the legendary Rubik’s Cube brings a number of cognitive games to life through daily training, freeplay, and multiplayer exercises. Does this training game deliver a brain-busting good time or leave the player feeling confused? 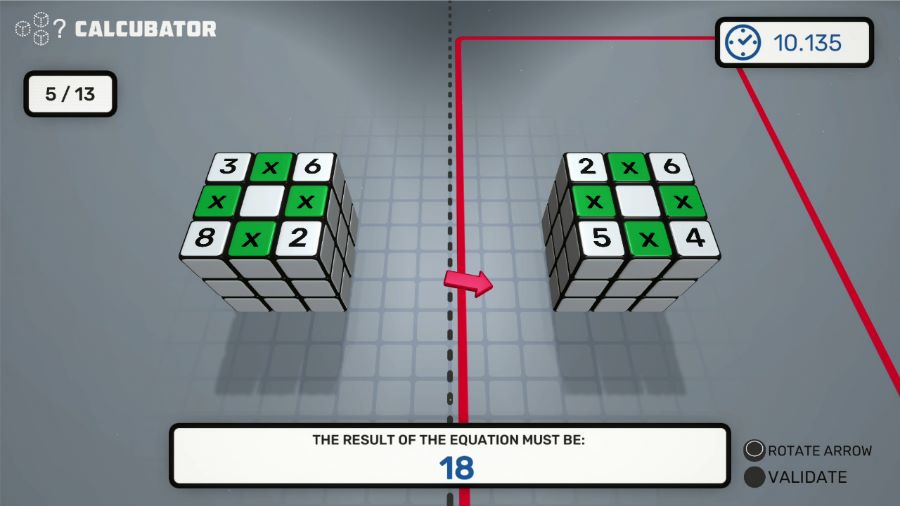 Is there a more iconic puzzle than the Rubik’s Cube? This game takes the classic Rubik’s Cube design elements and creates a series of brain training activities involving the classic design of these toy puzzle cubes while borrowing from the beloved Brain Age puzzle series from Nintendo. The titular Professor Rubik’s acts in the role of mentor instead of Dr. Kawashima. In each training exercise, the game will evaluate you on a handful of criteria, including agility, calculation, concentration, spatialization, memory, and letters.


I say Professor Rubik’s Brain Fitness borrows from Brain Age, but the inspiration is indeed a little heavy-handed. From the polygonal design of Professor Rubik to the series of mini-games and the daily challenges and evaluations, this game is very openly trying to fill the void left by the brain training craze of the mid-2000s. There is a certain polish that is seen in Nintendo titles that isn’t present in this game. The thing is that in Professor Rubik’s Brain Fitness, the games are much harder and less approachable than you’d expect. 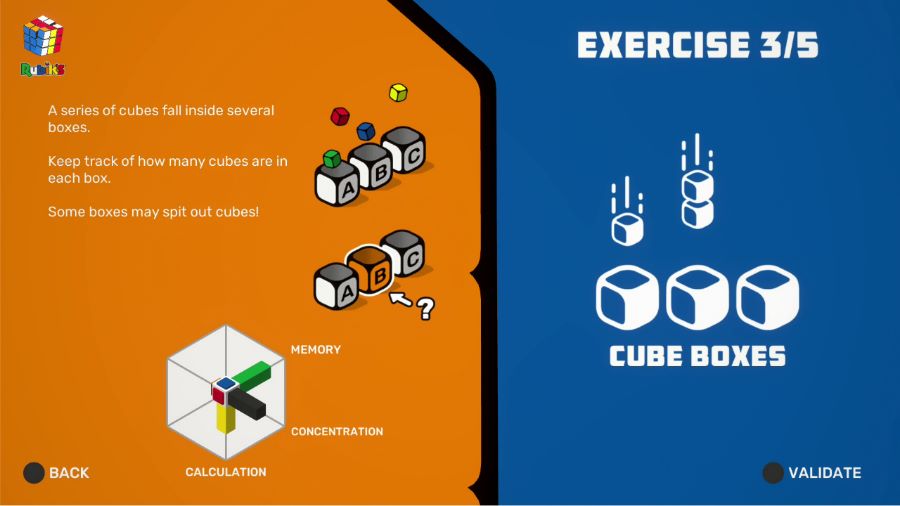 The difficulty curve in Professor Rubik’s is two-fold. Each individual game will scale up its difficulty, depending on how well you do. In games like Sliding Letters, you are tasked with memorizing which letter cubes scroll across the screen and determine which word presented afterward could be made from those letters. I was doing so well that the last group of letters flew across the screen faster than could be rendered by my TV. I was lucky and focused on one or two letters, but the scale at which the difficulty ramped was surprising to me, given that it was my first attempt at said mini-game. 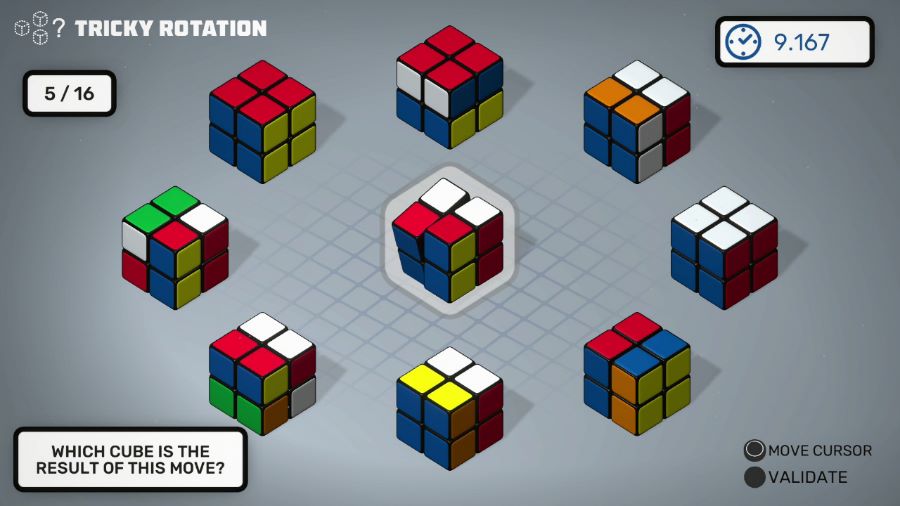 The second aspect of the difficulty curve is the trial and error nature of the games. There are simple instructions to follow, but there are no real tutorials to show how the games are played. For example, in the training sessions in Racing Cube, my brain was broken by the fact that the controls would invert in different directions at each checkpoint. Others involve math or word puzzles that are either poorly explained or difficult to control. One game has you removing blocks to try and recreate a shape, and it’s not clear how many of each block set will be removed once you’re down to just one or two colors in the puzzle. In daily training, you can choose any exercises you’d like to take on. When you’re thrown into an evaluation with six random mini-games, you may not be familiar enough with the game to do well right away, which will impact your score in the evaluation. 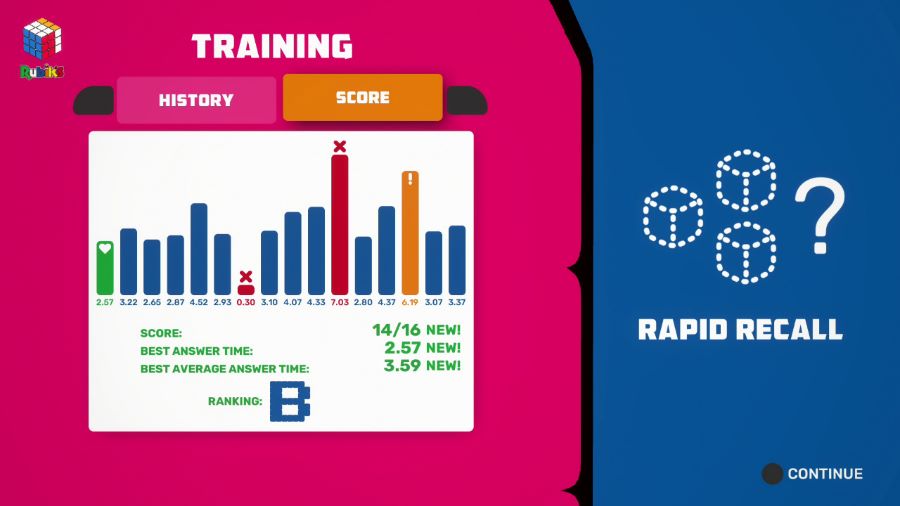 There is a lot to like about Professor Rubik’s Brain Fitness. It is a throwback to the puzzle days of old, with a variety of activities derived from the aesthetic of the iconic Rubik’s cube. There is a lack of tutorials that would help clear up some uncertainty in the mini-games you’ll play. While borrowing heavily from the Brain Age games, the experiences here are less clear than those we’ve enjoyed in the past. Professor Rubik’s Brain Fitness is available now for the PlayStation 4 for $29.99.

A fun puzzle game that is not perfect

Disclaimer
This Professor Rubik’s Brain Fitness review is based on a PlayStation 4 copy provided by Microids.

Ys IX: Monstrum Nox Out Next Month On PS4

[Beyond PlayStation] Get Quest 10 Review