Teratopia from eastasiasoft and Ravegan is a 3D action brawler with a dash of RTS thrown in for good measure. Learn more in our Teratopia review!


In Teratopia from eastasiasoft and Ravegan, you’ll be taking on a 3D action brawler that adds a dash of RTS into the mix thanks to the support of the minions you can summon into battle. You’ll be traversing 13 stages in the titular land as you help Tucho defeat all of the many enemies that are up to no good, as they wreak havoc around Teratopia. You’ll be taking control of three different characters, each one with unique skills as well as five minions to summon to their side, as you take on a colorful adventure that will have you battle eleven deadly bosses.

Tetatopia used to be a wonderful location to visit, inhabited by colorful groups of characters who lived in harmony, fighting among themselves for fun. Unfortunately, red invaders came to Teratopia, grabbing every single inhabitant during their aim to conquer the land. The good news is that Tucho managed to swiftly punch the red invader that was carrying him, which is why he’ll be tasked with rescuing everyone else before it’s too late. 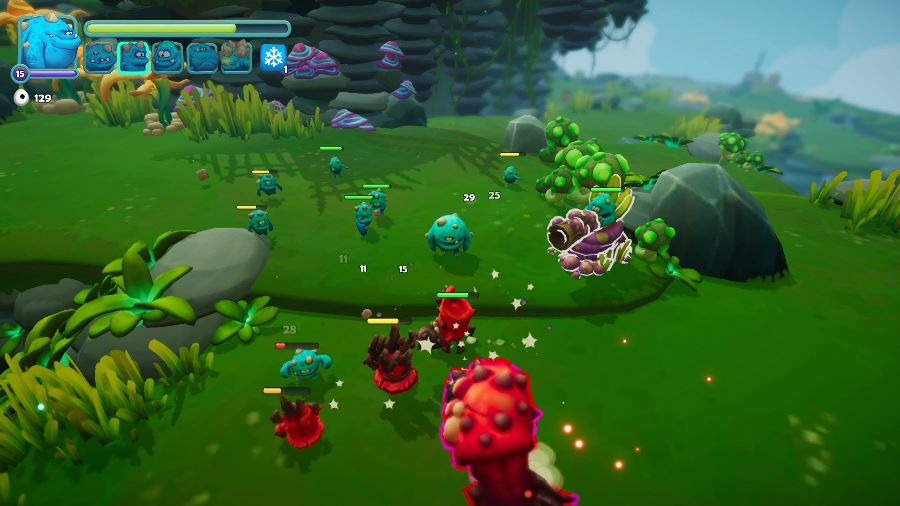 You’ll move your character with the left analog stick, pressing in on the stick so that you can run. You can punch with the Square button, jump with the X button, and roll or dash with the Circle button so that you can quickly move around each area to avoid enemies and their attacks. To interact with others, press the Triangle button. You can move between the different minions under your control by using the L1 and R1 buttons, summoning them with the R2 button, and using their particular powers by pressing down the L2 button. As for the powers for each of the three characters under your control, you’ll be able to select between them with the D-Pad.


You’ll unlock abilities as you collect experience from the enemies you defeat, so the more enemies you beat and the more experience you collect, the better your odds of surviving! For example, at first, Tucho won’t be able to sprint, dash, summon minions, or even double jump, which is why you’ll have to defeat every single enemy in the first stage in the game so that you can use that experience to level up a handful of times to unlock the aforementioned abilities. You probably won’t be able to beat the first level during your first go since you won’t have any abilities or minions under your command. 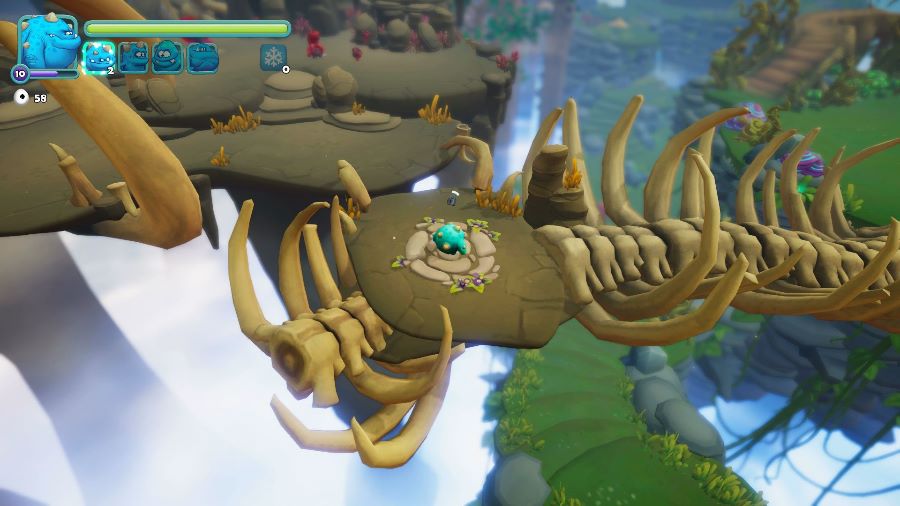 Fear not because even when defeated, you’ll at least get to keep all of the experience points and, therefore, level ups, as well as all of the eyes you’ve collected – more on the eyes in a bit. Leveling up is also important for your survival because every now and then, you will receive boosts to your stats. Something like a 10% boost to your attack power might not seem like much, but being able to deal an extra 10% of damage with regular or heavy attacks – which you unleash by pressing and holding down the Square button for a couple of seconds – can go a long way.

Each of the three characters you’ll get to control – as well as their minions – will each have different stats to consider. They will have points allocated from 1 to 5 in four specific stats: hit points (how many hits they can take), movement (how fast they are at walking), damage (how much of a punch they have, and RNG (which is basically their luck stat, which determines what drops you’re going to get from the enemies you defeat, as well as how easy it will be to land critical hits with your attacks).


Replaying the stages you’ve already beaten will allow you to collect more eyes, as well as find special treasure chests that won’t be available the first time around. When replaying a stage, you’ll run into new and more powerful enemies, as well as having to defeat more enemies in total, so be ready! As is the case for the carnivorous plants that will sometimes be blocking your progress, special chests will need to be fed with the eyes collected from the enemies you defeat. Once you’ve fed them, you’ll be rewarded with your efforts with extra eggs so that you can summon more minions, as well as health power-ups to heal your wounds. There will also be extra special boosting creatures for you to feed, which will reward you with things such as, say, increasing your overall minion capacity. 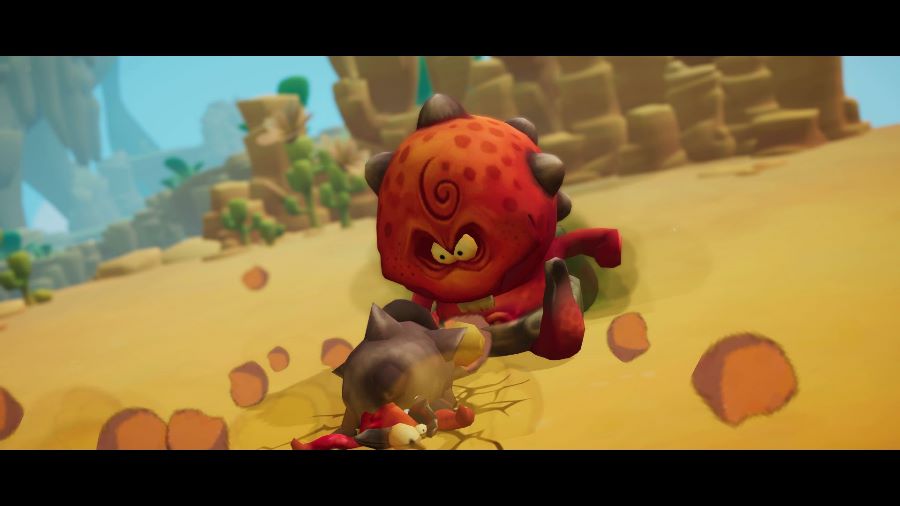 On top of the new enemies and the special chests you can find, replaying stages will also allow you to find hidden costume shops! Costume shops run on a different type of in-game currency: tentacles. You can receive some bonus tentacles by completing the different challenges for the many entries in the Teratopedia. There are almost 50 entries to unlock in the Teratopedia. Costumes aren’t just for looks, since they will grant special abilities to your characters. A robot costume will boost the damage you deal, a caveman costume will increase your experience, and a clown costume will increase your luck. And in case you want to greatly increase the challenge, there’s even the option of buying a costume that halves your healing capacity while also doubling the damage you take.


Trophy-wise, this game from eastasiasoft includes a varied list of trophies for you to unlock, all leading towards unlocking a new Platinum trophy for your collection! You’ll get trophies for having 20 minions out on the screen, for having one minion of each type fighting by your side, for combining powers, for defeating 25 enemies with turrets activated by engineers, for defeating 50 enemies with strong attacks, for purchasing all costumes at the shop and equipping at least one of them, for beating each of the game’s bosses, and for completing the Teratopedia, to name some examples. 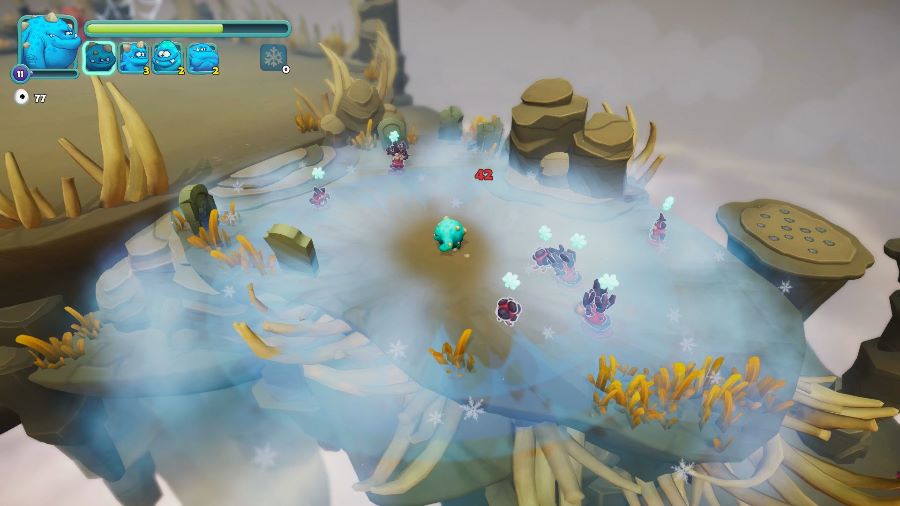 Teratopia is a good 3D brawler with a colorful presentation, a good challenge, fun gameplay mechanics, 13 levels to play, and 11 bosses to beat, as well as a Platinum trophy for trophy hunters to aim for. The game offers some nice replay value by bumping up the difficulty when taking on levels a second time while adding special treasure chests and bonus collectibles to entice you. Teratopia is out on PlayStation 4 with a $14.99 asking price.

Disclaimer
This Teratopia review is based on a PlayStation 4 copy provided by eastasiasoft.