[PlayStation 4] Rhythm of the Gods Review


In Rhythm of the Gods from Nellyvision and Lyrelark, you’ll be taking on a rhythm-based autorunner action game drawing inspiration from Greek mythology. You’ll control Lyrik, a hero on a journey to solve the problems of the mortal realm by hacking and slashing, sliding and blocking her way through eight different stages. Your quest will have you face deadly monsters such as skeletons, armored skeletons, harpies, gorgons, and more, as you time your actions to the beat of the song for that particular stage. 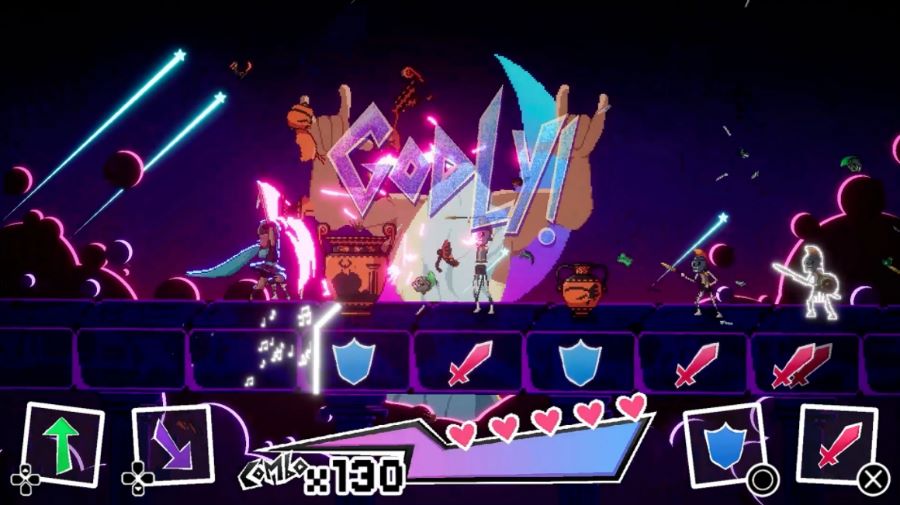 The controls are very easy to understand, given that the game is an autorunner by nature, so you won’t be in charge of making Lyrik run left or right since she’ll be on a constant rush forward. You’ll slide by pressing down on the D-Pad, jumping by pressing up. The Circle button will allow you to use your shield, and you can press and hold it down during some segments to deflect attacks. The X button will be used for slashing with your sword so that you can attack enemies… and that’s all there is to it!


You need to pay attention to the layout for each song, as well as its Rhythm so that you can time your button presses in time with each song’s tempo. Make a mistake, and you’ll end up receiving damage. Make too many mistakes, and all of your health will be gone, which will have you fail the song. You can recover some of your lost health by stringing together some large combos, so even if you get hit once or twice, you should always try to recover and carry on until the end. 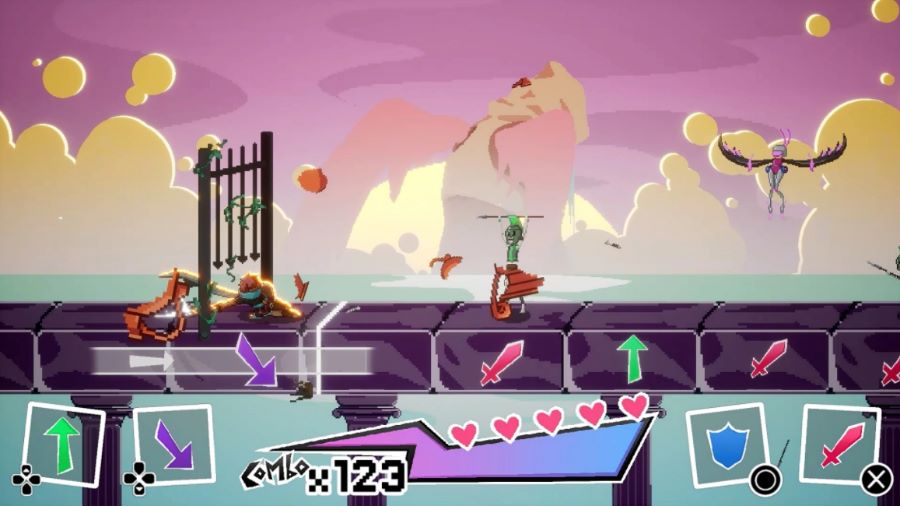 While most enemies will die from a single slash with your sword, there are monsters that will need some extra attention. Some enemies might need more than one hit for you to defeat them. Others, such as harpies, might require that you first jump so that you can be at their level before using your mighty sword. And then there are enemies you might first need to bump with your sword before slashing them. Oh, and don’t forget to pay attention to the jump prompt that will allow you to land on the slimes, squishing them good.


Along with the Campaign Mode for Rhythm of the Gods, you can also play on Marathon Mode, which is an endless mode type of deal in which you can play for as long as you can survive, with the aim of beating your own high score. Once you complete the Campaign Mode and beat all of its eight stages, you’ll unlock Timewarp Mode. Timewarp Mode speeds up the gameplay by 1.2x, which means you’ll need to have a faster reaction time, as well as readjust your button presses for each level. 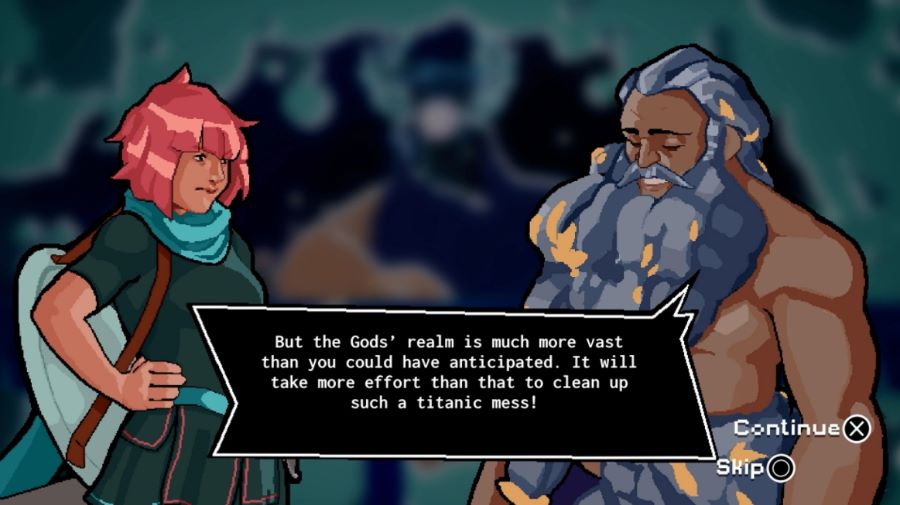 Trophy-wise, Rhythm of the Gods has a full trophy list with a Platinum trophy for you to add to your collection. The list is not a hard one to work through since most of the trophies will unlock while you play each of the game’s eight stages, defeating skeletons, slimes, gorgons, and dryads, destroying vases, or falling into a pit for the first time. The trophies that might give you a bit of trouble will be the one for playing Marathon Mode for four minutes straight and the one for completing a specific stage in Timewarp Mode with a full combo, which means you can’t make any mistakes and must defeat all enemies, destroy all vases, and not receive any damage so that you can string a large combo from start to finish. 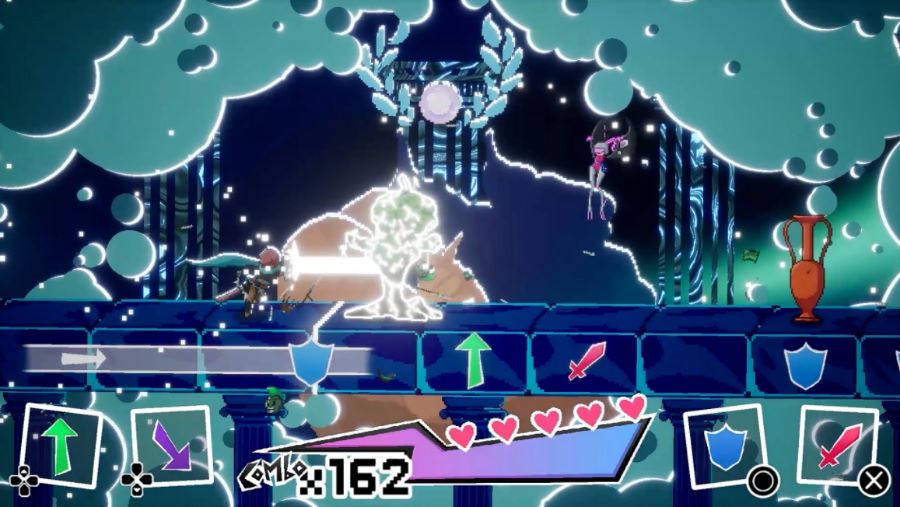 If you’re looking for a fun rhythm-based autorunner on PlayStation 4 with a solid soundtrack, then Rhythm of the Gods is one to check out. It’s a budget release with eight songs to play, a Campaign Mode, a Marathon Mode, a more challenging Timewarp Mode that increases the speed of each song, all for a $7.49 asking price.

Disclaimer
This Rhythm of the Gods review is based on a PlayStation 4 copy provide by Nellyvision.