Mia’s Picnic from Nellyvision is a colorful and fun match-three puzzle game on PlayStation 4. Learn more in our Mia’s Picnic review!


In Mia’s Picnic from Nellyvision, you’ll be helping the titular character collect as much fruit as possible so that she can have a picnic with the many animals in the wildlife sanctuary where she lives alongside her parents. Because of all this, you must giuve it your all an dpick as much fruit as possible so that she can make a feast for the animals! The game previously saw a release on the Nintendo 3DS back in mid-2020, with the action taking place in the lower screen while the upper screen displays that level’s stats. The game has now made its way to the PlayStation 4, as well as to the Nintendo Switch. 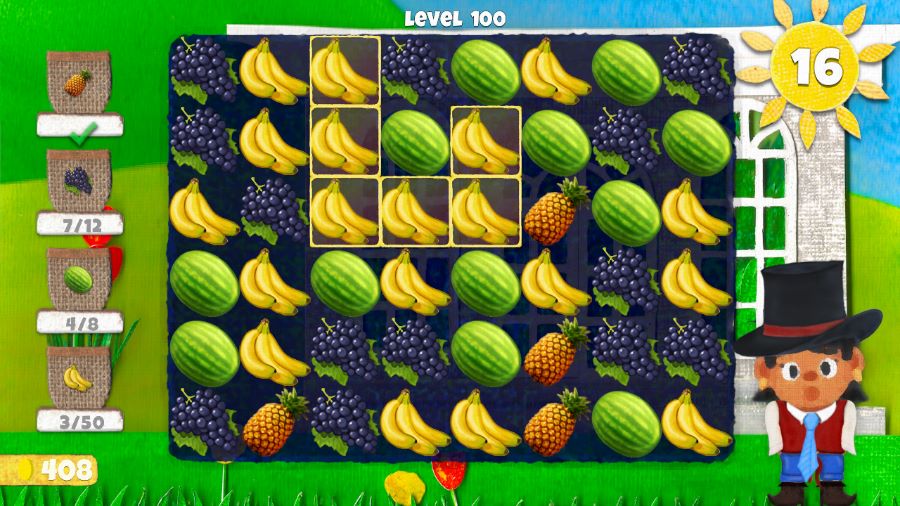 For this match-three puzzle game, you’ll have to hold the X button to keep the cursor in place, to then move it with the left analog stick or the D-Pad so that you can set up your combo. Once you release the X button, as long as at least three of the same fruit are part of the combo, they will all be collected in one go, adding them to your overall count. If you quickly tap a piece of fruit twice, you can then discard it. Along with having to collect three or more pieces of the same fruit type for each of your combos, you’ll also have to work on completing recipes. This can be done by matching the right fruits in the right order, depending on the recipe you have to follow. Recipes can be seen on the left side of the screen.


There might also be crates on the playing field of a stage. To open them, you can select them the same way as fruit and match at least three of them. Another option is to quickly tap a box twice to open just by itself. There might also be ice that affects fruits, freezing them. This makes it possible to collect all frozen fruit in one go. You do need to be careful about any bad apples mixed within the other fruit, because they will spread their rot to other apples, which is bad for your efforts! The good news is that even bad apples like this one can be put to good use as feed or to make fertilizers. 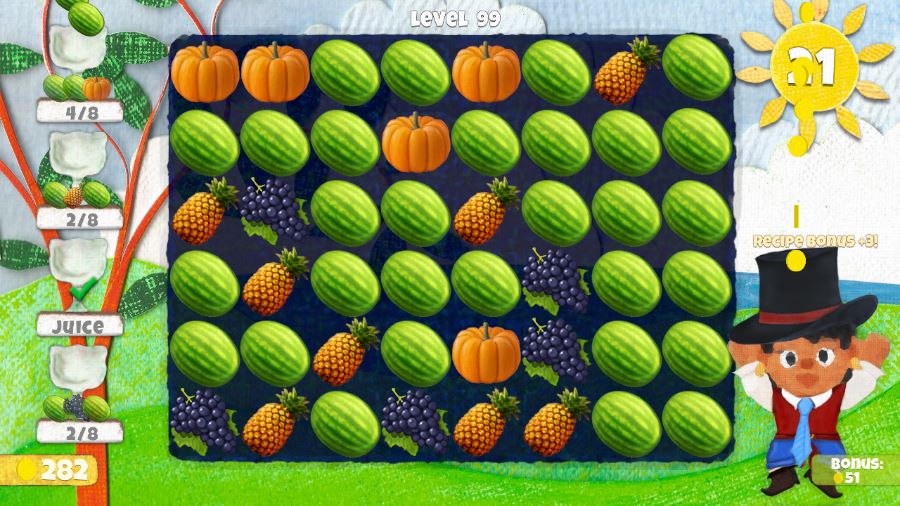 Depending on your performance on each stage, you’ll be able to collect gold coins. These gold coins you can use to purchase items such as a grandfather clock that can slow time, a basket that will allow you to have one wrong fruit type per combo – which is very useful since it also works for recipes! -, or a ladder that will give you an extra item for every combo you complete. Coins can also help you purchase some items for Mia to wear, such as a helmet, a wooly hat, a pair of explorer’s shorts, a bow, a flask, a pair of welder’s goggles, or a cutlass for a pirate outfit! Will you be able to complete all of the different outfits for Mia? 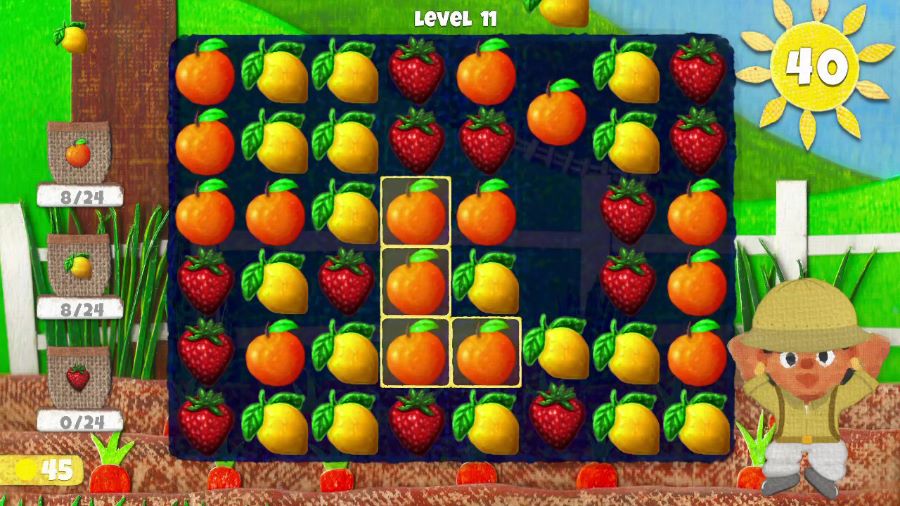 Mia’s Picnic has a Platinum trophy to unlock, with plenty of objectives to complete. The first trophy you’ll get is for completing the first level in the game. After that, you will get trophies for collecting 1,000 and 5,000 coins, for collecting 1,000, 5,000, and 10,000 things, for buying each of the power-ups, for purchasing your first hat… followed by buying all of the available hats. The rest of the trophies will pop when you buy and wear each of the costume sets for Mia, for buying everything the shop has to offer, and for making 1,000 recipes. Oh, and there’s one for collecting 48 items in a single combo chain, which means you’ll need to fill up the entire screen with the same fruit type so that you can collect it all in one go. I suggest that you do aim to get this specific trophy during the first couple of stages in Mia’s Picnic, since that way there won’t be that many fruit types to deal with, which will make it easier to fill up the entire screen with just the one fruit type. 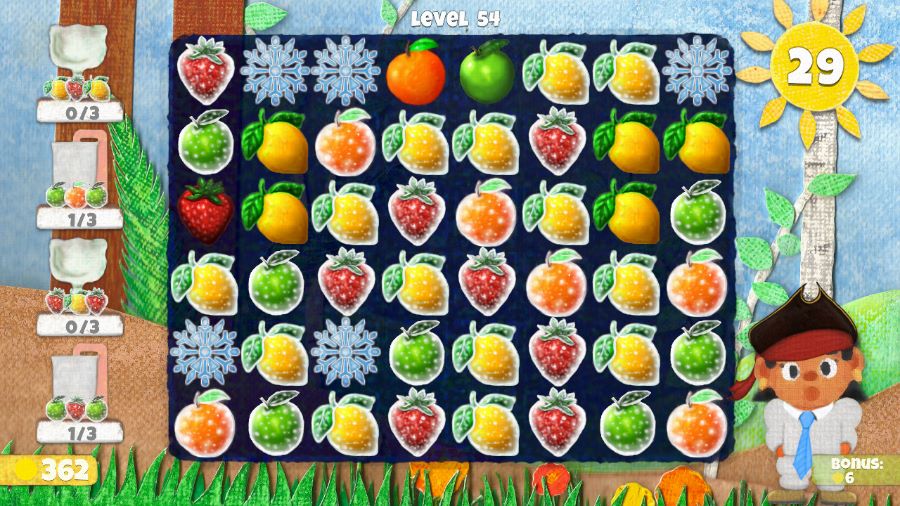 Mia’s Picnic is a colorful, fun, and addictive all-ages puzzle game on PlayStation 4 with a ton of levels to play, easy to understand gameplay mechanics, a handful of power-ups that will unlock as you progress through the game, and plenty of customization options for Mia’s look, along with a Platinum trophy to add to your collection. Mia’s Picnic is out now on PlayStation 4 with a budget $8.49 asking price.

Disclaimer
This Mia’s Picnic review is based on a PlayStation 4 copy provide by Nellyvision.