The Unexpected Quest from Rionix and OverGamez is an RTS/management sim on Nintendo Switch.Your journey begins right after a storm destroys your ship, sending your crew onto an unknown shore – at least they’re alive! You had been traveling for years now, bringing back a ship packed with goods. The storm materialized out of nowhere! You’ll first have to search for other survivors, lighting bonfires along the coastline to gather your crew. After you’ve done this, you’ll have to find a place where you can warm up and start to collect the resources needed to survive. Luckily, the scout has found a nearby small village that could be your salvation. 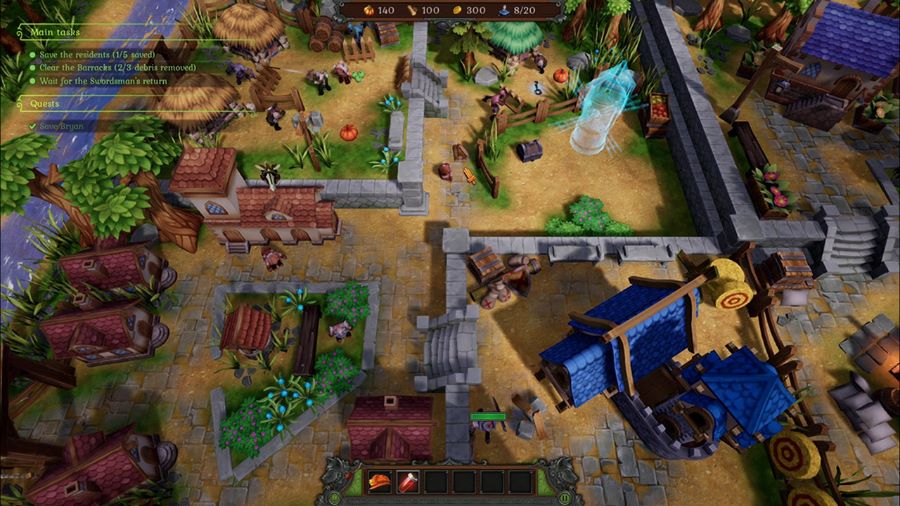 The game’s first chapter will act as a tutorial, as you get to learn the basics for your new adventure. You can’t just go around exploring on an empty stomach, so your first task will be to collect some food so that you’re strong enough for the tasks at hand. You’ll move a cursor on the screen with the left analog stick, interacting with objects with the A button. Once you collect a couple of pumpkins that washed ashore, you’ll be able to remove some of the debris on the path up ahead.


With the first bonfire ready to go, and after rescuing the first group of your crew, you can use the other resources on the area to build a mill. This will be very important because thanks to a mill, you’ll be able to produce food, which will be used by workers to remove debris and to construct any buildings you require. You could find a treasure chest during your adventure, but for these, you’ll need a lockpick to open. Once you find one, send a worker to open it and see what you find inside! Who knows, you could find a valuable item or a piece of equipment to boost your group. While the first couple of chapters take place on a single screen, after this, the game’s levels will take up more than the one screen, so you’ll be able to move the camera around with the right analog stick. 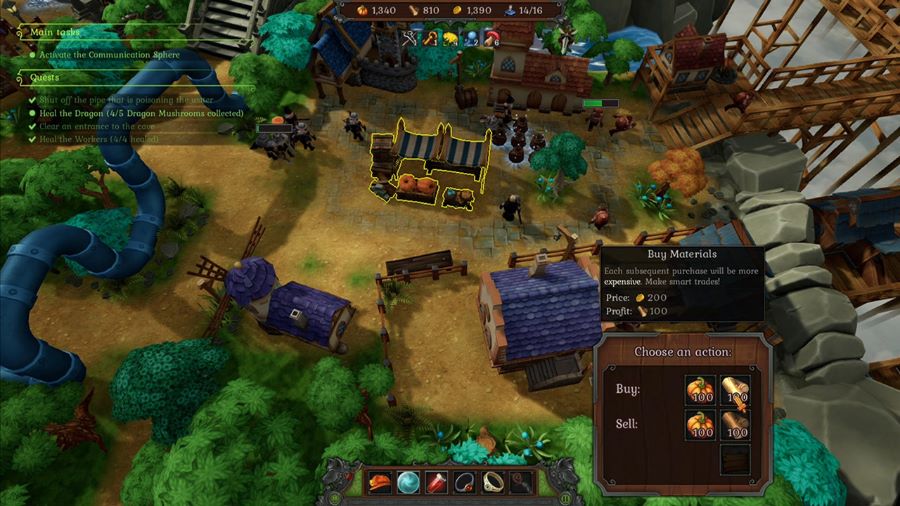 Each subsequent chapter will add new elements for you to consider. Along with using your workers to collect food and resources, you’ll also have to build or repair new structures so that you can save the day. For instance, in the game’s second chapter, you’ll reach the small village which is under attack by zombies! You’ll have to remove the debris from the entrance to the barracks so that you can hire some soldiers for your cause. Soldiers will be able to battle against enemies, which will, in turn, allow you to send your workers into new spots to collect more food and resources until you’ve cleared the stage from all zombies.


As you play each chapter, you’ll end up running into characters who will offer you quests to complete. These could include, for example, helping someone save their farmer friend from a zombie attack. The poor farmer is stranded on top of a pile of crates of fruit and is frantically trying to fight the zombie with produce. Before you decide to take on a quest, you’ll get to see the rewards you’ll receive for your efforts. This could include, say, some extra good, gold, as well as items such as healing potions to mend your wounds. 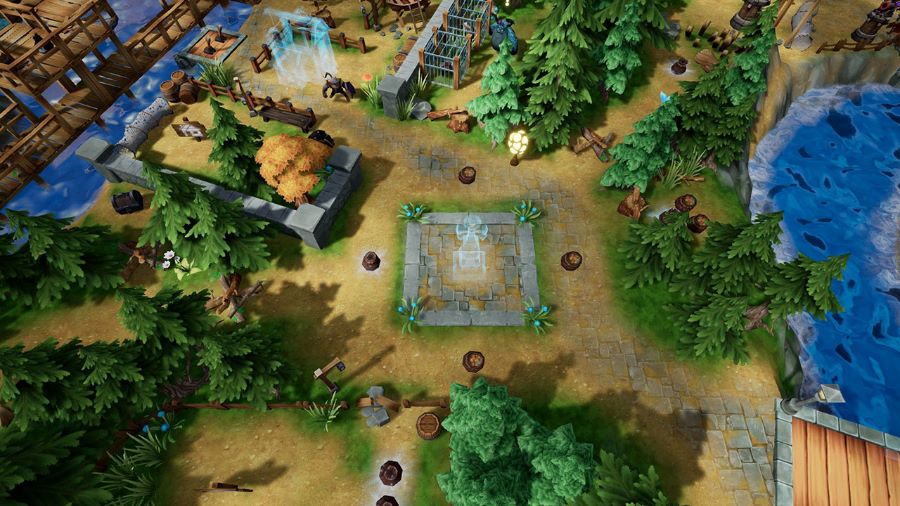 Gold will be very important since it can be used to hire more troops. Soldiers will be melee fighters armed with a sword and shield, dealing some good damage while also having the required equipment to protect themselves from attacks. Archers are ranged soldiers who wield a mighty crossbow that allows them to deal some serious damage from a safe distance, but they lack the armor needed to survive from close-range attacks. There are also mages who have a frail physical body but can damage multiple targets at once.


The Unexpected Quest features an in-game achievements system, with a short list of objectives for you to complete if you want to 100% the game. You’ll unlock achievements for completing the first chapter in the game, for finding an item that boosts your soldiers, for having five or more workers active on any chapter, for buying or selling something at the market, for locating the alchemist, and gathering the ingredients required for brewing a potion, for finding a hidden snowman in one of the chapters, and for finishing the game, to name some examples.

The Unexpected Quest is a more relaxed take on the RTS/management sim equation. It’s a game that pays homage to classics such as Warcraft with a streamlined presentation and gameplay mechanics in an adventure that might feel a bit linear to some. But if you know what you’re getting yourself into and keep your expectations in check, you’ll find a fun game to take on between larger, more complex releases. The Unexpected Quest is out on Nintendo Switch with a $15.00 asking price.

Disclaimer
This The Unexpected Quest review is based on a Nintendo Switch copy provided by OverGamez.