Mercenaries Blaze: Dawn of the Twin Dragons from CIRCLE Entertainment is the fifth game in the Mercenaries series on Nintendo Switch. As the war rages in the continent, many seek to escape, asking for refuge from the Kingdom of Euros. The Kingdom of Euros agrees to this requests, asking in exchange for their labor to improve the city. Unfortunately, the people of Euros end up feeling threatened by the increasing number of refugees in the Kingdom, which leads to riots.

To try and defuse the situation, the church passes an edict: those immigrants who are willing to convert their religion would be able to stay. Those that refuse to convert ended up marked as criminals by the ultranationalists. They would round them up in illegal immigrant camps, and the courts would even end up hiring mercenaries to take care of this. You’ll see this happen as Lester Cadol, formerly a highborn of a ruined family, works as a sellsword, serving the Kingdom with the Twin Dragon Company, completing the missions assigned to them. 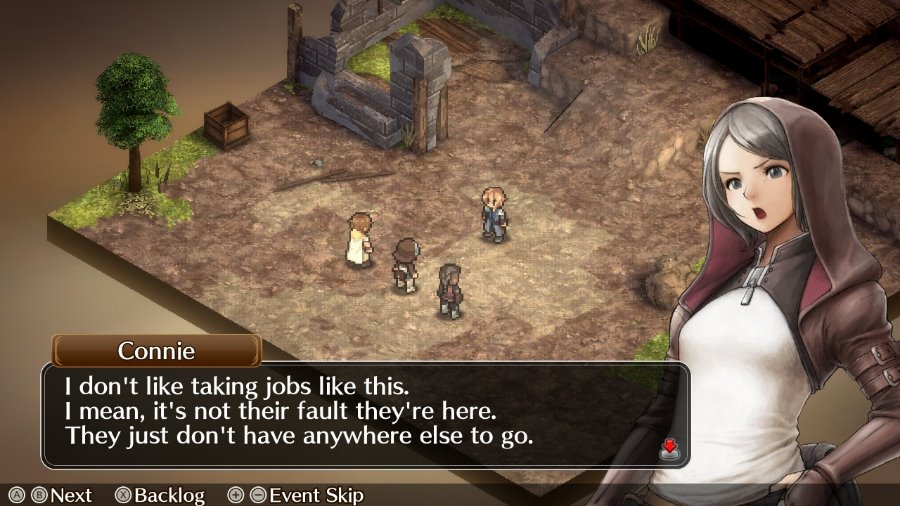 Before you start your adventure, you can decide to play on Easy or Normal. If you go with Easy, enemy strength will be lower, you’ll get to change equipment during battle, a character’s hit points will recover when it levels up, and a character will have eight turns to be revived before it retreats from battle. Having said that, you probably have a good idea of what you’ll get if you choose the Normal difficulty setting: enemies will be more powerful, characters won’t recover their hit points when they level up, and a character will have five turns to be revived before it’s removed from the battlefield. At least you can change equipment in battle, right?

Missions in Mercenaries Blaze: Dawn of the Twin Dragons start with a story segment and end with a story segment. Once you’ve read the setup for that particular scenario, a turn-based battle will commence. You’ll first need to position your characters on the stage as you plan for the enemies you’ll be facing. This is twice as important during the battles on which you must use specific characters. Characters from both sides will take turns as groups during the corresponding phase, with a very simple goal: survive.


Why is position so important? Because based on the direction your characters and your enemies are facing, damage will be calculated differently. There are bonuses for attacks dealt from the sides or from the back, which will make them more accurate and deal more damage. Heigh is another element to consider since it can affect the damage dealt – always take the higher ground! If you attack an opponent surrounded by your allies, you’ll also receive a boost to attack and hit percentage, while having allies around one of your characters will provide a boost to defense and evade. Just be careful, because the same applies to your enemy’s characters! 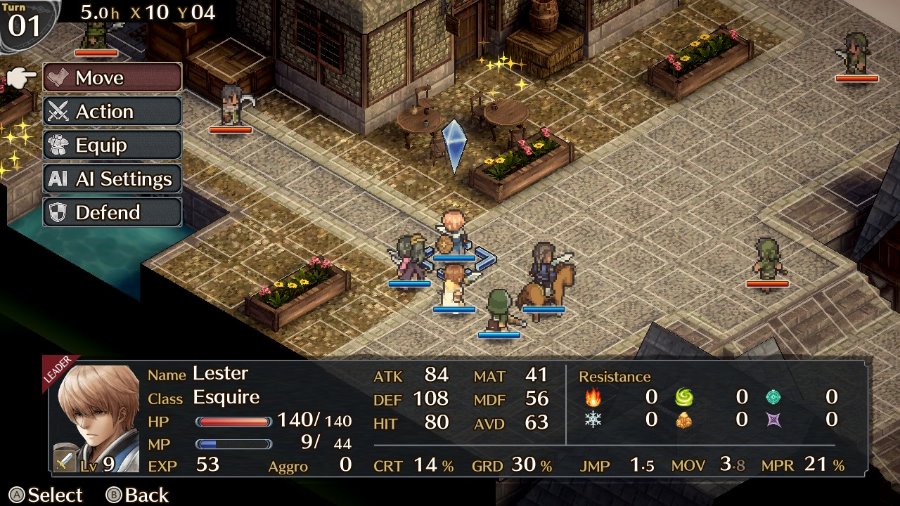 During their turn, units will be able to move within the area for a set number of spaces. Your units will be able to move through allies, but they won’t be able to move through enemy units. There are different actions a unit can take. There’s an attack, which will use the equipped weapon to deal damage; skill, which activates an ability or magic spell that will require MP; item will allow you to use an item in your inventory; equip grants you the opportunity to change your unit’s equipment; and investigate will be used to open treasure chests, or to collect items that are at your unit’s feet. You can also decide to defend to lower the potential damage that unit will receive – that is, as long as said unit has a shield equipped, or just wait. If you wait, you’ll get a boost to your movement and jump of 0.5, which can be accumulated up to an extra 2.0 in total.

If you’re victorious in a level, and once the story event at the end of a stage has ended, SP will be obtained as a reward. Said SP will be divided among all of the units that participated in the battle. You can get bonuses for the number of enemies defeated, how fast you were at completing the victory requirements, and if you managed to open any treasure chests you opened during a story stage – and no, there are no treasure chests to open during free battle stages. SP can be used to unlock abilities so that you can customize your characters based on your play style. 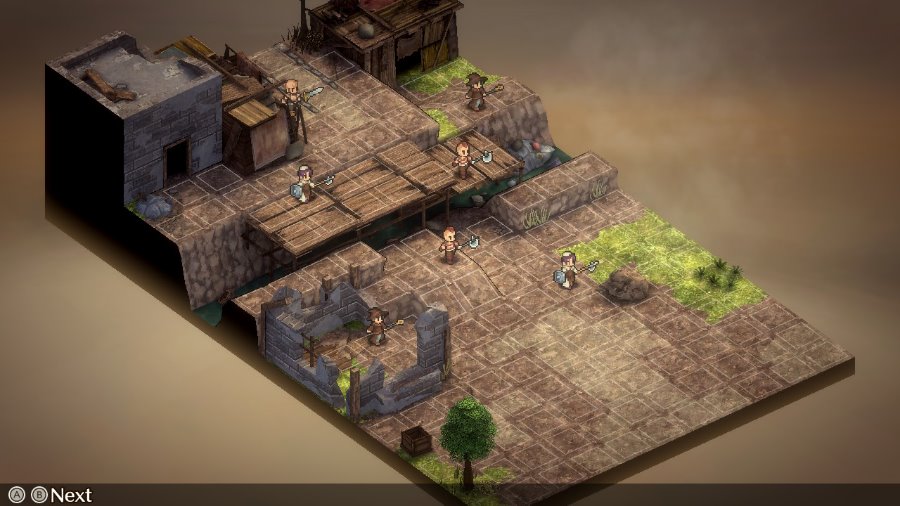 Since this is a strategy RPG, stats will play a crucial role. You will need to pay attention to the movement, jump, HP, MP, attack, defense, magic attack power, magic defense power, accuracy, evasion rate, critical hit rate, strength, vitality, intelligence, dexterity, agility, and magic points recovery, as well as a character’s resistance to fire, ice, wind, earth, holy, and dark. As you defeat enemies and complete objectives, units will receive experience points. Once a unit has enough experience points, it will level up, which will, in turn, boost some of its stats. If you’re having a hard time completing a story stage, be sure to go into a free battle or two so that you can gain some extra experience to level up as you also earn some extra gold!


Leveling up will also allow your characters to select from different classes to better accommodate your needs and what tactics you favor on the battlefield. Each character will get this opportunity when they reach level 10 and once again when they reach level 20. Depending on which class you select at level 10, the extra classes that open up at level 20 will be different from those on the other branch. On top of this, some specific class changes will require you to use a special item to complete the process.

On the world map, you should make sure to visit the shop so that you can use your money to purchase items to aid you on your adventure, as well as better equipment for your group. You can also sell items and equipment if you find yourself short on cash, but be sure you don’t end up selling something that you need! Once you get some new equipment, you can go into the equipment menu and press the Y button to use the auto equip feature, which will automatically equip said unit with the best available items based on the stats you want to prioritize. Later on, you’ll also have access to Synthesis, which allows you to combine two magic items to create a more powerful one, so be sure to make the most of this ability!

You can hold up to 64 magic items in your inventory. You’ll know an item is of said variety since their name will be displayed in blue. Magic items will have special effects and will be stronger than regular, standard items. On top of this, there are also going to be some rare items you’ll run into during your journey. Rare items will be displayed with a red name and are the strongest variety of items you can find. Rare equipment will also show gold or rainbow icons so that you can easily spot them. 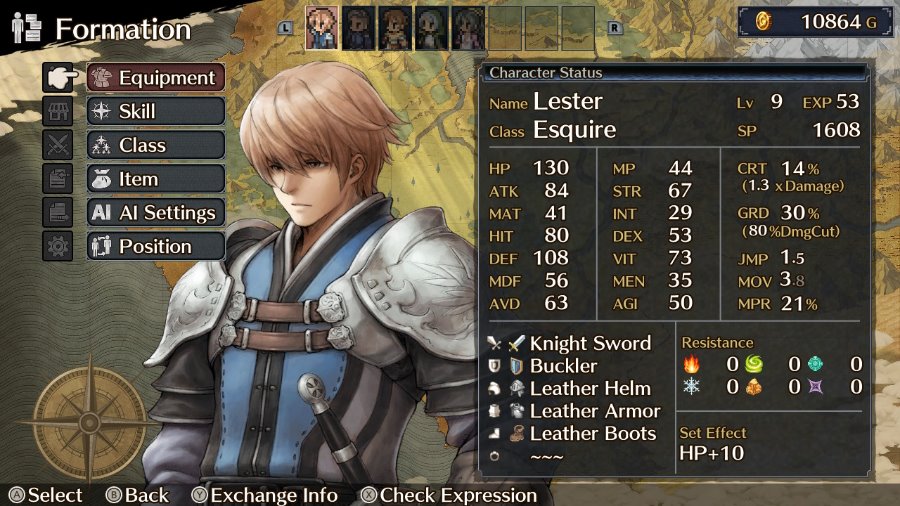 If you’ve played other games in the Mercenaries series, then Mercenaries Blaze: Dawn of the Twin Dragons is a no-brainer on Nintendo Switch. It offers a familiar experience while boosting the game’s graphics, with 3D stages, HD character portraits, a fun gameplay mechanic with Blade Exceed, and plenty of content to enjoy, all at a $19.99 asking price.

Disclaimer
This Mercenaries Blaze: Dawn of the Twin Dragons review is based on a Nintendo Switch copy provided by CIRCLE Entertainment.

[PlayStation 4] Rhythm of the Gods Review

The Unexpected Quest Out Today On Nintendo Switch