First Press Games got in touch to announce that, along with Rising Star Games, it will be releasing physical versions of Ginga Force and Natsuki Chronicles on PS4. Come check it out!

Rising Star Games and First Press Games are hard at work on the physical PlayStation 4 releases for not one but two games! We’re getting Ginga Force and Natsuki Chronicles, in Regular and Collector’s Edition, as well as a limited number of bundles that

Ginga Force is a vertical Shoot ’em Up at its core, with an added focus towards immersive storytelling.

Set on the planet Seventia in a distant future, you will join forces with Alex and Margaret, two exceptional pilots who are tasked to guard the planet from an intimidating collection of criminals and terrorists.

Ginga Force is known among genre-enthusiasts for its episodic game-flow and exciting changes of pace during the levels. A modern classic of the Shoot ’em Up genre! 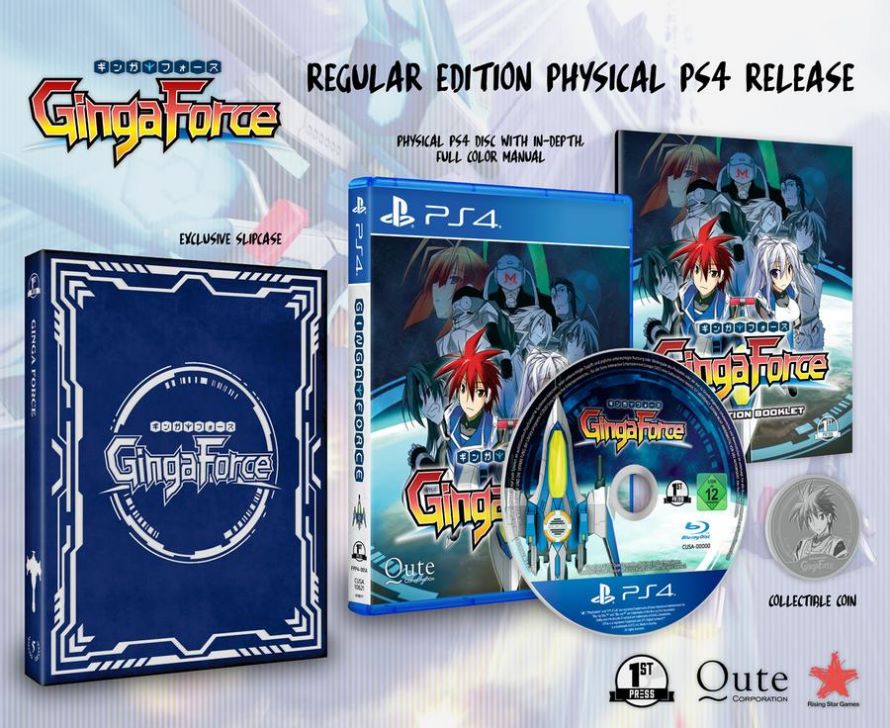 -A dramatic Story Mode with 10+ stages and exciting bossfights

A new horizontal Shoot ’em Up that takes place within the same setting as Ginga Force.

Natsuki Chronicles follows the character Natsuki from a new perspective on the story. Discover her past as a rookie pilot up to present time, with events that happen in parallel or even coincide with those in Ginga Force.

Through its unique display of bullet paths, Natsuki Chronicles makes the bullet-hell on screen much more accessible and adds tactical depth to the action. This game was long-awaited by fans of Ginga Force and didn’t disappoint in the slightest!

-Story Mode alternating between past and present over 10+ stages

-“Bullet Trajectory Display” for observing the direction of enemy bullets! 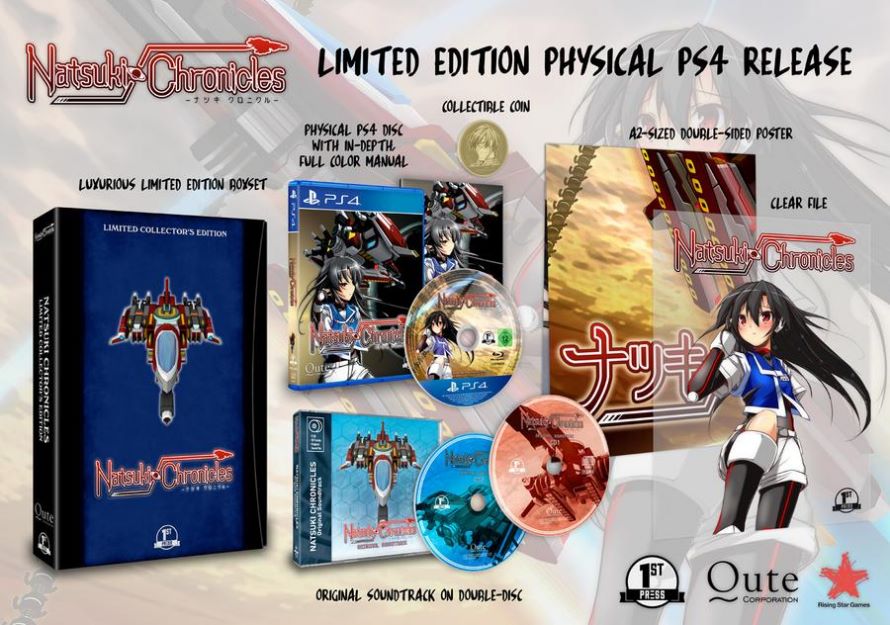 -The Physical Releases-
The physical edition of Qute’s Ginga Force & Natsuki Chronicles are released as a collaboration between First Press Games and Rising Star Games, with the release of the physical editions scheduled for Q2 of 2021.
The Pre-Orders for both games will open this Saturday, 16. January 2021 at 7 PM CEST / 1 PM EDT.
Both games are available as a Regular and Collector’s Edition. A special bundled Collector’s Edition which includes both releases and a special extra is also available.
The physical releases are exclusively available for order through the First Press Games online store, with world-wide shipping available: https://firstpressgames.com/collections/qute-stg
The limitation of the Regular Editions will be regulated through open pre-order, while the Collector Editions have a set amount right from the start: