The Hong Kong Massacre from Untold Tales and VRESKI is a challenging, fast-paced top-down shooter that places you in the shoes of someone who is out for vengeance. You’ll play as a former police detective who must do whatever it takes to avenge his partner’s murder. His arc will be shown as you start by taking on the action “four days before,” as you’re shown the events that will lead up to some… issues later on. The story is shown between short, detailed 3D cut-scenes, as well as thanks to conversations at specific moments – such as when your character is being interrogated by the police. 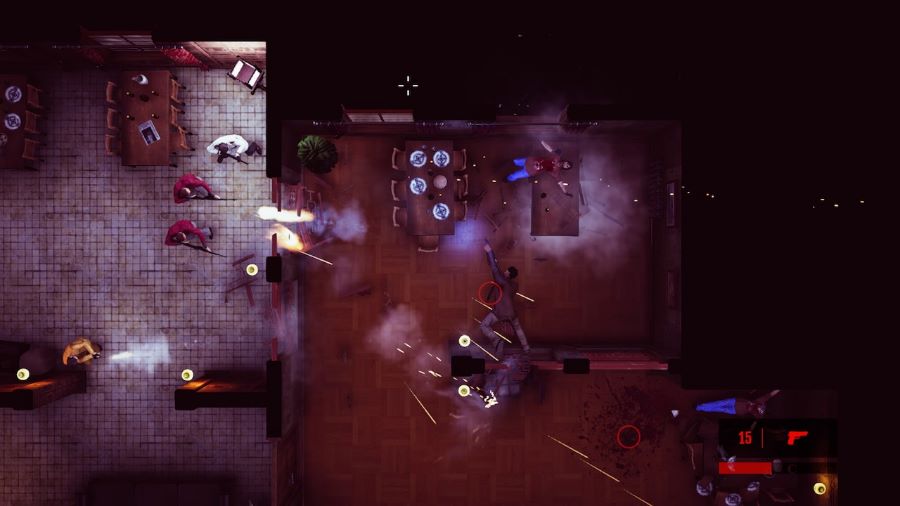 As soon as I started to play, I was reminded of the beloved Hotline Miami series thanks to this game’s violence and the perspective from which you play. The Hong Kong Massacre certainly pays homage to it while also dialing up the difficulty to 11. It’s also an homage to Hard Boiled and the work of John Woo and Chow Yun-Fat, as you go in guns blazing into each room, diving around towards cover, going into a bit of slowmotion so that you can lineup a bunch of shots just right.


For this action-packed twin-stick shooter, you’ll be moving your character around with the left analog stick as you aim with the right one. You can fire your weapon with the ZR button and can reload with the A button. If you see a weapon that strikes your fancy, be sure to pick it up by pressing the B button. If things get too crazy, you can use the ZL button to activate slowmotion for a bit so that you can plan your course of action. And when you need to get out of the way to try and take cover, you can dive by pressing the R button – this is extremely useful during the later levels when things get a bit crazy.


Since a single hit is all it takes to kill your enemies – and for them to kill you – every shot counts in The Hong Kong Massacre. There’s also going to be a lot of trial and error in your future, as you replay levels over and over as you learn from your mistakes, finding the right way to take on each stage, making the most of each room’s layout as you take cover after each successful shot. Sometimes it might make sense for you to destroy a door with a shotgun so that you can take out the enemy walking through on the other side, so that you can then hit slowmotion and dive into the room, aiming with the right analog stick to your left, before the second enemy in the room has a chance to react. 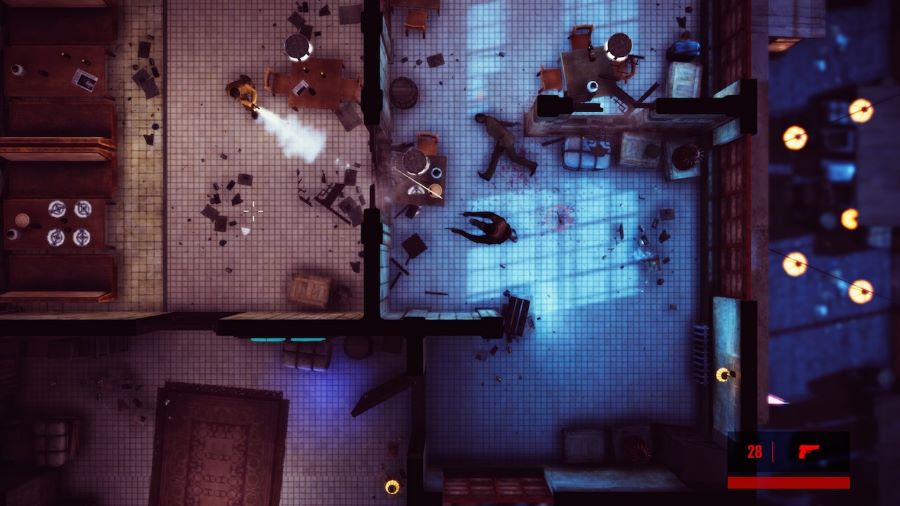 As you play through each of the game’s stages, you’ll earn stars for your efforts. These will unlock by completing the challenges in each level, for doing things such as not using slowmotion for that level, completing the level by only hitting enemies with your bullets, or finishing a stage within a specific time limit. Since you probably won’t be able to complete all challenges for a level during your first try, you can quickly replay a level to give it another try. I’d suggest you at least replay the first handful of stages to complete all of the challenges since those stars will be worth their weight in gold.


This is very important – and a big part of the gameplay cycle for The Hong Kong Massacre – because stars can be used to unlock new weapons, as well as to upgrade the weapons already in your arsenal. Each weapon will have different stats for fire rate, clip size, and reload speed, as well as affect your character’s movement speed. By spending stars, you can, for example, increase a weapons clip size and fire rate, or maybe you want to go big and try to unlock the unlimited ammo upgrade so that you can unleash your demons. 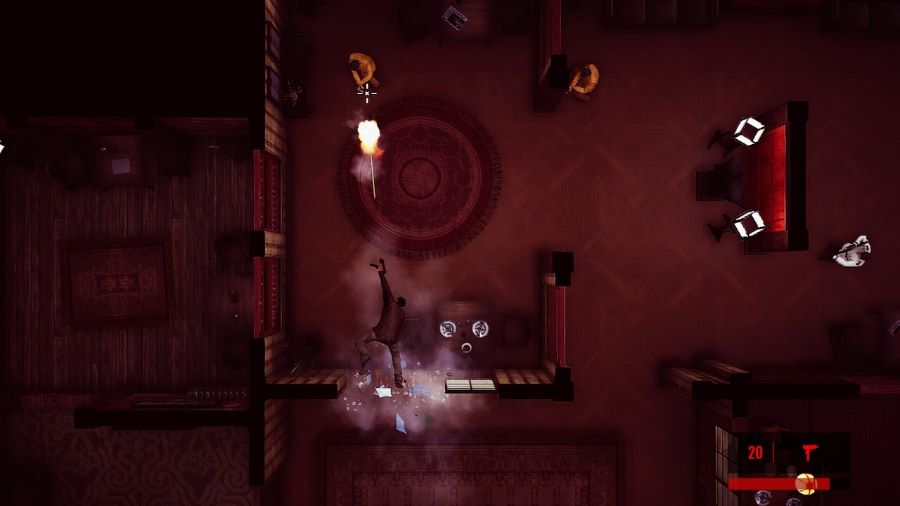 The Hong Kong Massacre is a challenging, fast-paced top-down shooter that pays homage to Hard Boiled, to the work of John Woo and Chow Yun-Fat, in a game that also has nods to the Hotline Miami series. It’s not going to be for everyone given the source material that serves as inspiration – as well as how the action that takes place on the screen is of the bloody variety – but it’s one you should definitely check out on Nintendo Switch. The Honk Kong Massacre is out on Nintendo Switch with a $19.99 asking price.

Disclaimer
This The Hong Kong Massacre review is based on a Nintendo Switch copy provided by Untold Tales.