In Defentron from Zerouno Games and Planetfall Studios you’ll be taking on a fun neon-infused 1980s inspired tower defense game on Nintendo Switch. The task is simple: build as many towers as possible to defend the core from the virus that attack. Towers can only be built at specific spots on each level, and every tower you build will cost energy. As you defeat the virus, you will receive more energy and must quickly put said additional resources to good use so that you can build more towers… or upgrade the ones already in place! 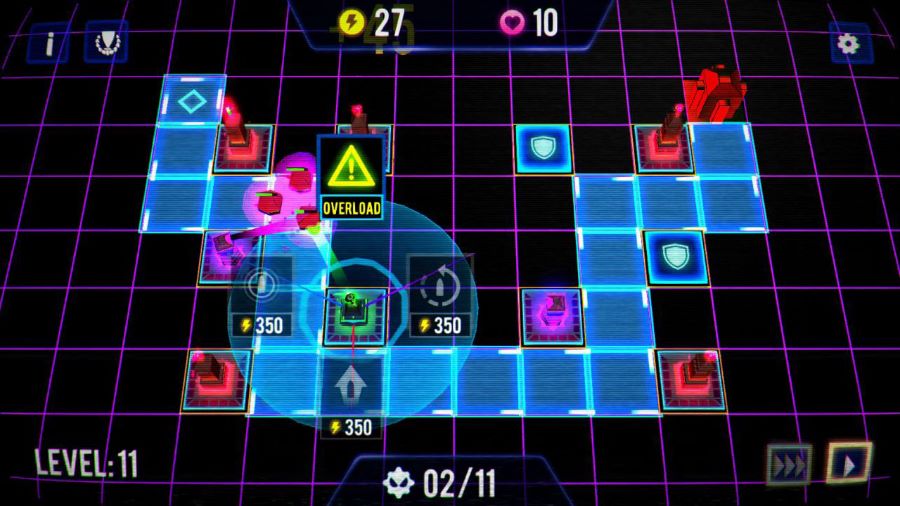 Upgrades can increase a tower’s power so that it can deal more damage and be more efficient, increase it’s range so that it can have a wider reach, or boost its rate of fire, so that it can reload faster and, therefore, attack more enemies at a better pace. You need to decide which upgrades are best suited for each tower type based on the enemies you’ll be attacking and the number of waves you need to survive.


You can play Defentron either with the Nintendo Switch Joy-Con or by using the console’s touchscreen when playing in Tabletop or Portable Mode – or for those of you who are to play Defentron on a Nintendo Switch Lite. When using the Joy-Con, the left analog stick moves a cursor on the screen, and you must use the A or ZR buttons to confirm your choices. There’s also the option of speeding up the action to twice the normal speed, as well as completely pause the game while still being able to build or upgrade your towers. 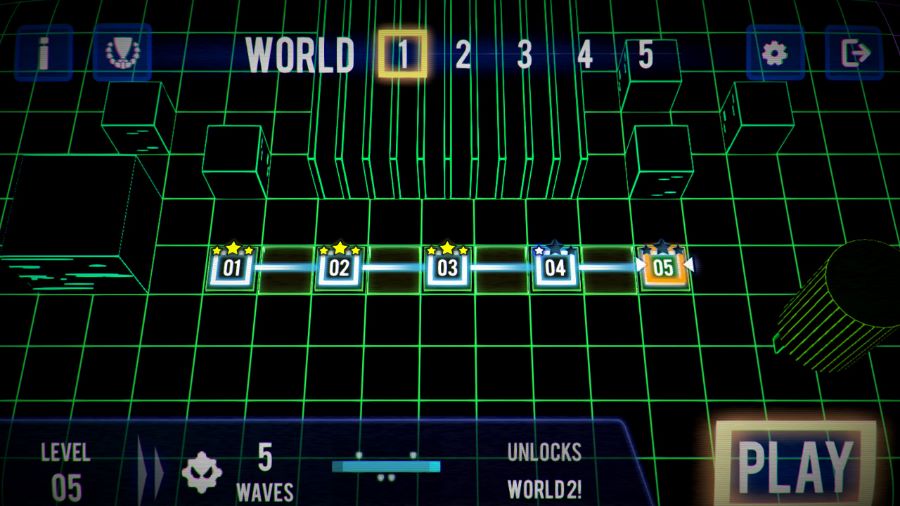 At first, you will only have the one tower type to use, but as you progress through the game, more towers will be thrown into the mix. The first tower is Fast Fire, a cheap but reliable tower that will deal low damage but will have a large fire rate and range. Next up is Slow, which deals low damage but will temporarily slow down enemies. The third one is Blaster, a tower that is slow to fire but that packs a punch, dealing a good chunk of damage to one enemy while also dealing extra splash damage around it. There are three more towers to unlock, but I won’t be spoiling that here! You also have an Overload ability, which will greatly increase a tower’s power and speed for a short period of time, after which it will explode. As a bonus, you’ll get part of the tower’s cost back when it explodes, which can help you to quickly cover the cost of a replacement.


As for the viruses you’ll have to battle, they offer a nice variety of enemy types to beat. There’s the Basic virus, which is a bit weak and slow but can overwhelm you in packs if you’re not careful. The Hard virus is slow but can take a beating. The Fast virus has low hit points, but it makes up for it by traveling at a fast pace, which might be enough for it to avoid your towers attacks so that it can damage the core. A tricky one is the Regen virus since it can regenerate the damage it receives if you’re not fast enough. The Shield virus is another one that is hard to defeat since it has an energy shield that protects it… which will regenerate over time! 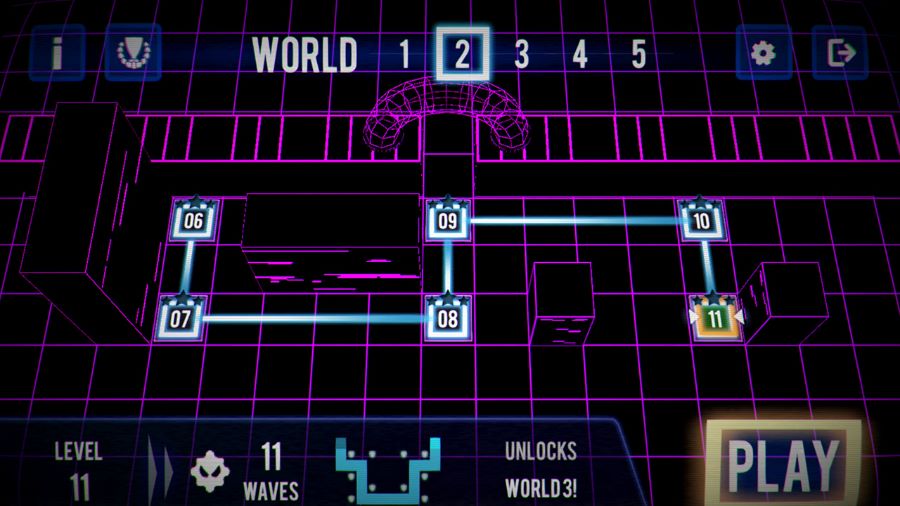 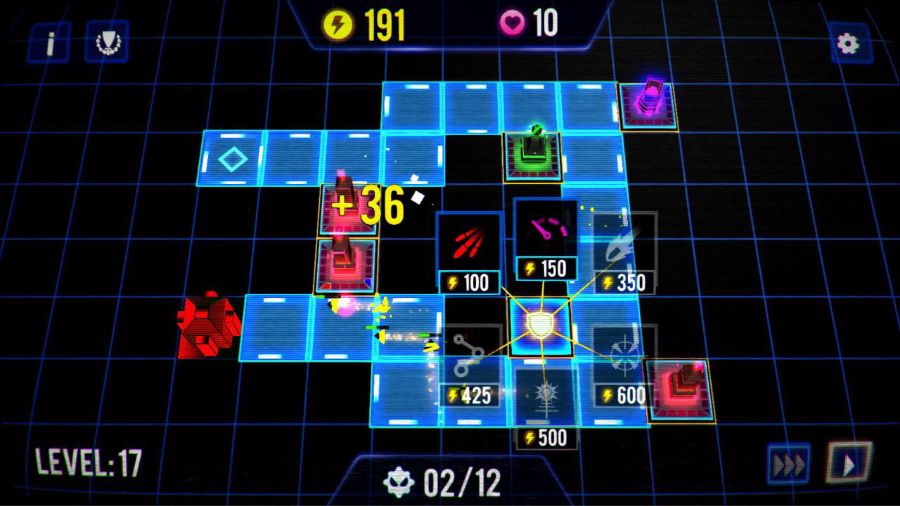 Defentron is a fun tower defense with a neon-infused 1980s inspired look and soundtrack on Nintendo’s console. There’s going to be a lot of trial and error in your future since you’ll have to replay several of the levels as you try to find the right combinations of towers to build and when you need to make some of them go Overload so that you can survive the virus onslaught. The game is available at a $9.99 asking price, and I definitely enjoyed my time with it for this Defentron review!

Disclaimer
This Defentron review is based on a Nintendo Switch copy provided by Zerouno Games.

Where The Heart Leads Out This Year