Puzzle platformer Georifters is out on Nintendo Switch, so I got in touch with studio Busy Toaster Games to talk a bit about its development. Come check it out!

PS4Blog: Hi! Welcome. Thank you for joining us today. Can you please help us get started by telling our readers a bit about yourself and your work?

Hi, thank you for having me. My Name is Solomon Temowo, I’m the CEO and founder of Playerium and Busy Toaster. I’ve been fortunate enough to have worked in the games industry for over 16 years now. Both on a wide range of projects and with some amazing teams and individuals. We Playerium was created to work closely and support development teams with procedural and automated workflows and content, about 3 years ago we spun out a small team and indie brand called Busy Toaster games so that during our down time we could work on our first original IP. 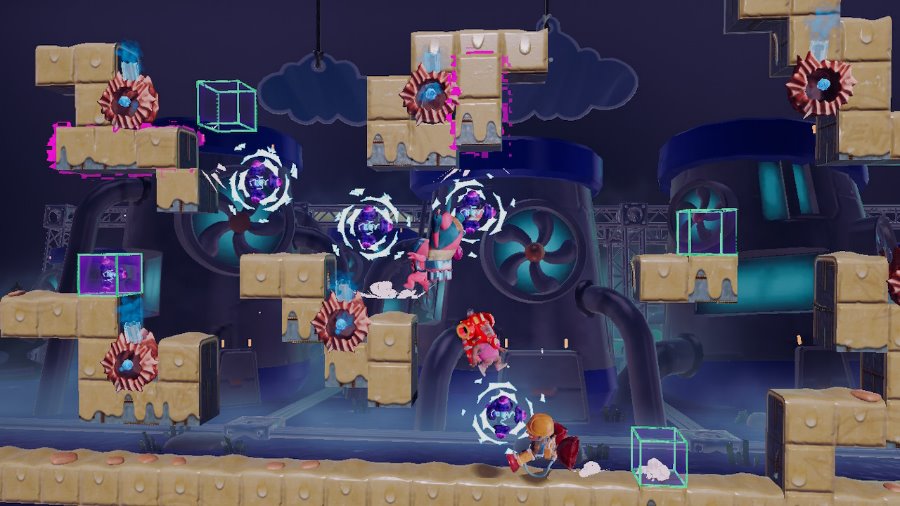 PS4B: Georifters is out on Nintendo Switch. What can you tell us about this game?

It’s a game where enough small changes can make a big difference in the world. It’s an action puzzle platformer where you can select one of seven unique heroes who each have a special way to manipulate the terrain. In most other platformers your often working against the terrain and platforms, trying to jump over gaps or climb walls, but in Georifters it’s a platformer about manipulating the platforms! twisting it, flipping it, pushing it back and forth — to traverse the level and defeat enemies. It’s an ingenious use of the “2.5D” perspective, asking players to use 3D spatial reasoning to navigate 2D situations. 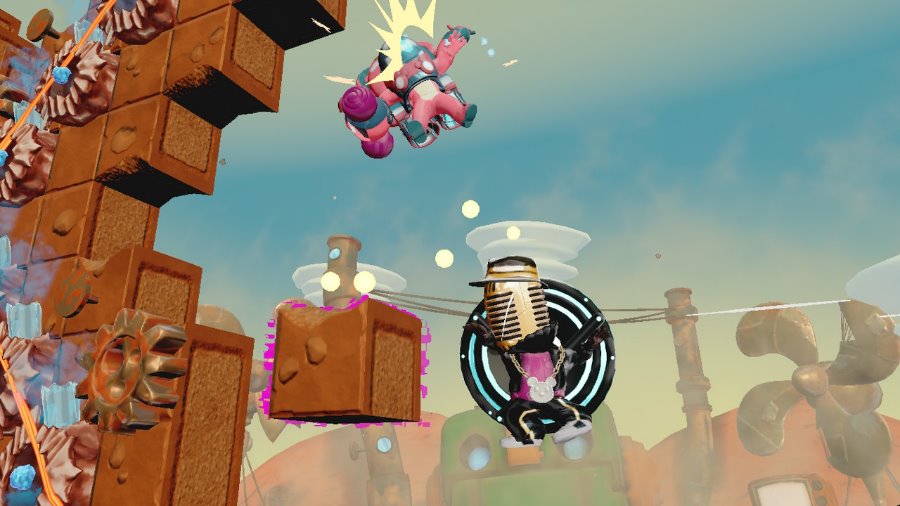 PS4B: How long did you work on the game’s development? Were there any hurdles or challenges you had to overcome?

The game took us about 3 years to make, although there were periods where we paused working on it, as it was something we were doing between projects and when we had some team members available. The game started out as a game jam with about 3 people, back in August 2017, we made about 3 or 4 game jams in week increments (Over the period of about 1 month or so), before settling on what would become known as Georifters.

We started to move forward in earnest, on Georifters, around October 2017. We did pause development on it for about 5-6 months in 2018 as we were pretty packed with contract work, and so it was all hands on deck. On average we had about 7 ~ 10 people working on it at a time, peaking for a little bit when we started to create more art content.

There were many hurdles and challenges but I’ll focus on a few that come to mind; For this team it was the first time we were making an original IP together, and different team members had varying levels of experience in game development. So one of the challenges was to guide and mentor some less experienced members on the team through the various phases of development. 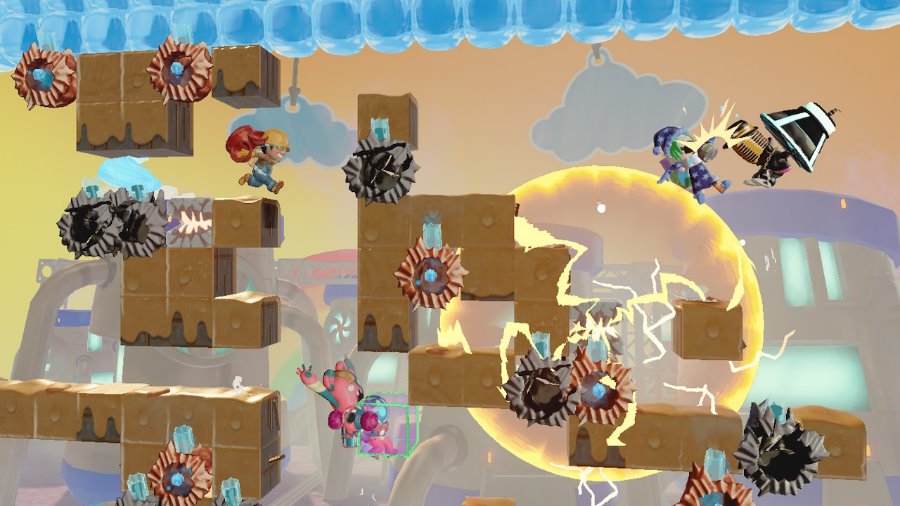 Also being based in Taiwan it was very difficult to get word and awareness out for the game, many outlets and publications tend to focus on Japan, EU, USA so it becomes more challenging to make meaningful connections. Getting feedback was also quite challenging, as Taiwan compared to the west tend to be very shy and reserved and for a long time in development it was hard for us to get a wide range of input e.g. western, south east Asian viewpoints etc… only until much later in development when we started to attend overseas trade shows were we able to round out our input from players. I think the biggest challenge was creating an original IP with extremely limited resources; people, time, money. We pretty much funded the entire development ourselves.


PS4B: Are there any differences between the Steam and Nintendo Switch versions of the game?

The only difference compared to the steam version, is in some of the platform features supported by steam versus Nintendo, for example, the switch version does not have graphics settings to modify resolution, it doesn’t have steam achievements (Although we did implement our own badge system in the Switch version) On the steam version it also supports Razer chroma (if you can’t get enough color, then give this a try, but be sure to wear sunglasses) 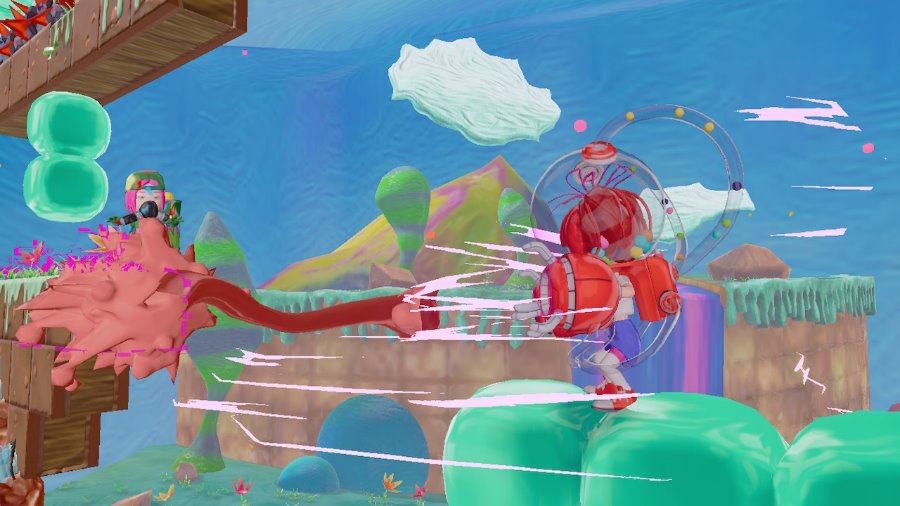 Again, Thanks for having me, and I have a question for you. Uou probably get this all the time, but, any plans to update your website name to PS5blog.net?