In two Parsecs from Earth from Ratalaika Games and ABX Games Studio, you’ll be taking on a 2D Metroidvania adventure with no combat. After crashlanding your spaceship, your goal will be simple: to find at least 30 units of cargo and three batteries so that you can repair your ship in order to escape the planet. Every unit of cargo you collect will be added to the counter on the upper left part of the screen, while the three batteries you need to collect will be counted on the display in the upper right corner of the screen. 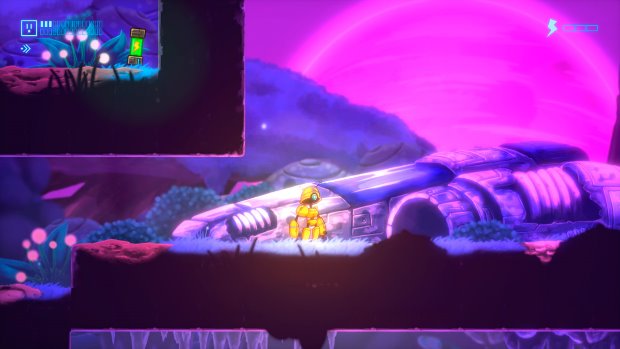 You will move around with the left analog stick or the D-Pad. At first, you won’t be able to jump properly when you start to play Two Parsecs from Earth since your robot will have suffered a lot of damage during the crash, but you’ll eventually find an upgrade station that will give you the chance to unlock a double jump ability, which you can use by pressing the X button twice. That upgrade station will also give you access to a dash ability – if you choose it – which can be used with the Square button. If you want to check your map to see where you’ve already been to and where you should be heading next, you can open it with the Triangle button. There will be some tricky jumps to make, so every now and then, you should press down on the left analog stick or the D-Pad so that you can get a better look at your surroundings. 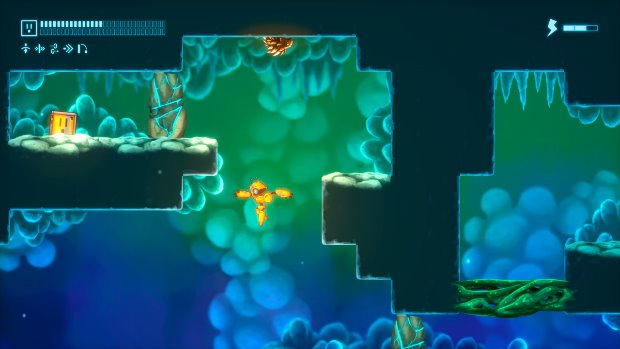 There will be dozens of units of cargo for you to retrieve in Two Parsecs from Earth, but you won’t be able to get all of them during a single run since some of them require you to select one ability over the other at the upgrade stations you will find in the game. Along with the aforementioned double jump and dash abilities, you could also find yourself with the predicament of choosing between a teleporting ability or one that minimizes your robot, allowing it to explore some very narrow passages.


When you find one of the three batteries, you will be taken to a separate section in which you’ll have to survive a chase sequence in which any mistake will allow the enemy that chases you to quickly dash forward for the kill. The first chase sequence will be a short one, but the second one will build on what the previous one presented, with the third one increasing the overall length, which will require you to be very precise with each jump you make so that you can get to the exit portal in one piece. 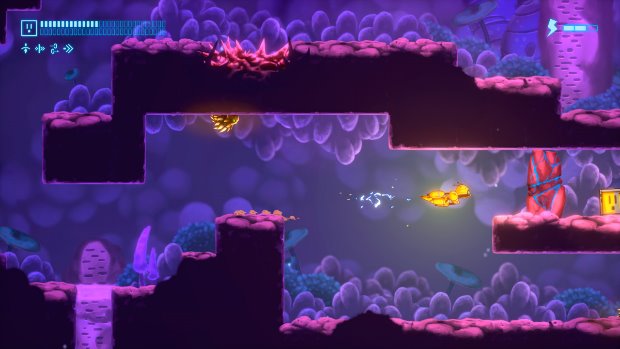 There will be other extra areas you can visit by way of portals. These areas have one thing in common with the extra areas you’ll enter when you find a battery for your collection: you won’t be able to use any of the additional abilities you might have unlocked from the upgrade stations! This means that you’ll have to rely on running and jumping to overcome any obstacles and avoid any enemies you find in these areas, so you better be ready!


Speaking of extras, you won’t be able to collect all cargo and see everything that Two Parsecs from Earth has to offer during your first playthrough. Since you won’t be able to get all abilities in a single run, you’ll need to start things over during a New Game+ run. This will allow you to keep all of the abilities you selected from the upgrade stations during the first run, thus giving you a chance to pick the remaining abilities so that you can then collect all of the remaining cargo that was previously out of reach. 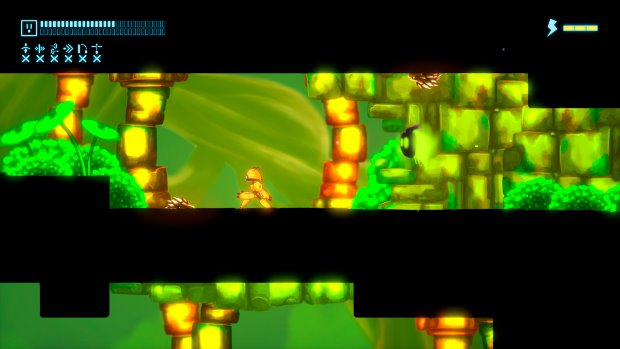 Two Parsecs from Earth is a Ratalaika Games release, which means you’ll get a chance to add a new Platinum trophy to your collection! Due to the game’s nature, some trophies will be mutually exclusive since you won’t be able to collect all of the abilities during a single run.

Disclaimer
This Two Parsecs from Earth review is based on a PlayStation 4 copy provided by Ratalaika Games.