Does this Lovecraftian spin on the traditional twin-stick shooter stand out from the pack? Find out in our Tesla Force review!


Tesla Force from 10tons is a twin-stick shooter that pulls in some famous historical figures… to fight monsters? It seems strange but stick with us here. Tesla Force mixes in roguelite elements while adding a unique spin to this Lovecraftian-inspired escapade. Does Tesla Force do enough to make this a novel shooter worth picking up on PlayStation 5? 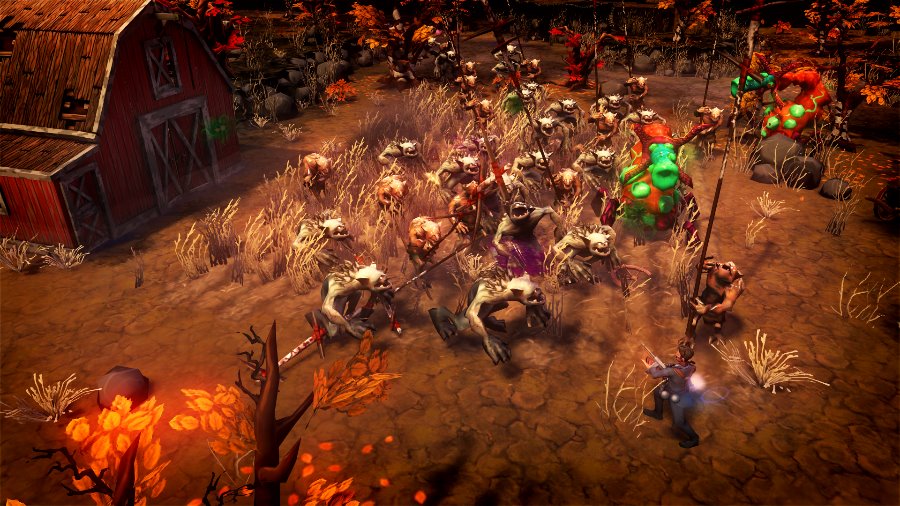 The story does very little to pull the player into Tesla Force. The horde of Cthulhu from the works of H.P Lovecraft is unleashed into the world. You and up to three friends are put in control of Nikola Tesla, Marie Curie, Mary Shelly, and the aforementioned H.P. Lovecraft as you use all manner of weapons, gear, and abilities to drive back the supernatural forces that are at play in Tesla Force.


The story is really just here as a mechanism to get players into a very fun twin-stick shooter! Since this is a twin-stick release, movement and aiming are set to the left and right analog sticks, respectively. The R2 button is used to fire your weapons, but this can also be set to autofire, which is a nice touch. You can hold up to two weapons at a time, and the Square button is used to switch between them. 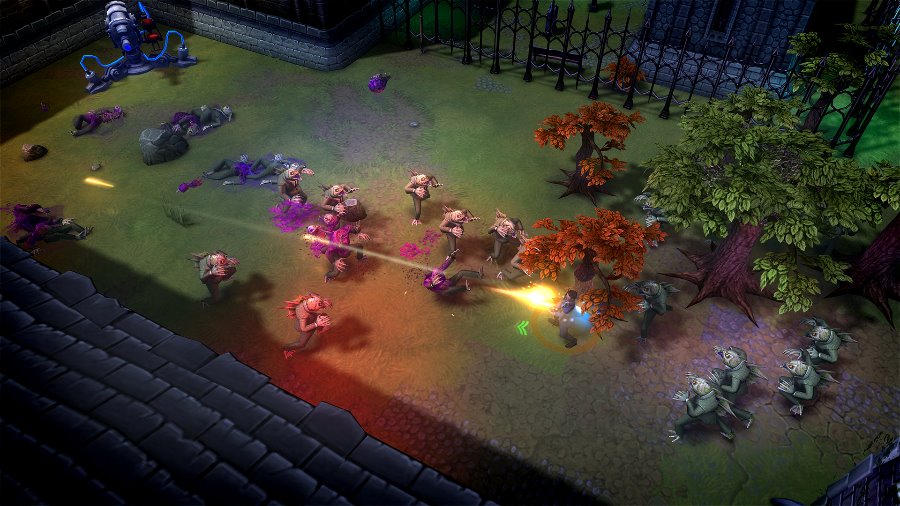 Teleportation is controlled with the L1 button. This skill is really important for quickly maneuvering around the map to avoid damage. Abilities are triggerable skills that are used with the L2 button. Did I mention you can summon a mech? You start each round in one, and if you collect all the mech pieces on a map, another mech can be summoned with the Circle button. All of these controls can be remapped as pleased, which is great for players who like to tinker with their set up or for those who cannot physically play the game with the default control scheme.


Each run through Tesla Force drops any of the game’s four protagonists – or all of them for multiplayer runs – into a map. Each point on the map has an objective to complete, such as controlling certain areas or destroying Statues of Cthulhu. Completing an objective will reward the player with some sort of upgrade. This could be anything from a new, more powerful weapon or a unique perk that will improve the player’s ability to survive further into their adventure. 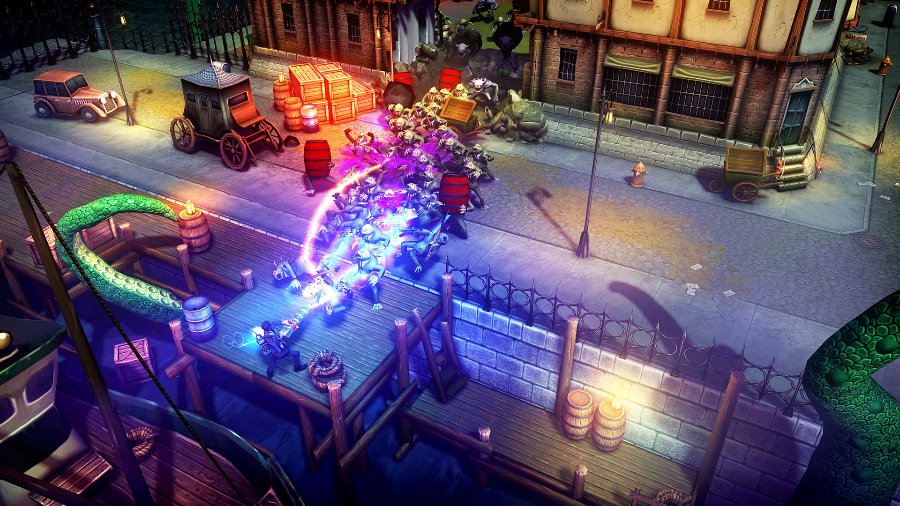 Weapons come in a variety of flavors, such as Ion or Tesla weapons, which will change the type of bullets for said weapon. Perks are passive skills that can improve character performance, such as increasing damage or health. Weapons and Abilities can be picked up as random loot drops or as rewards for completing objectives. Perks are limited to being objective rewards. All three of these upgrades can be purchased and used from the start of your new run by unlocking them with the gems you pick up through each run of the game.


I found myself itching for just one more run in Tesla Force. The desire to unlock a new perk to improve your run or finding a weapon that feels just right has a really satisfying feel to it. The randomization of Tesla Force had me constantly digging through the upgrades I could unlock back at base to see if there were specific skills to lessen some of the random elements to allow me to cater each run to my playstyle. There is a lot of replayability to an experience like Tesla Force, especially if you’re at all interested in roguelites or twin-stick shooters. The trophy list does leave a little to be desired. There are some unique objectives to complete to unlock the trophies in the game, but I cannot fathom why any game like this does not have a Platinum trophy. 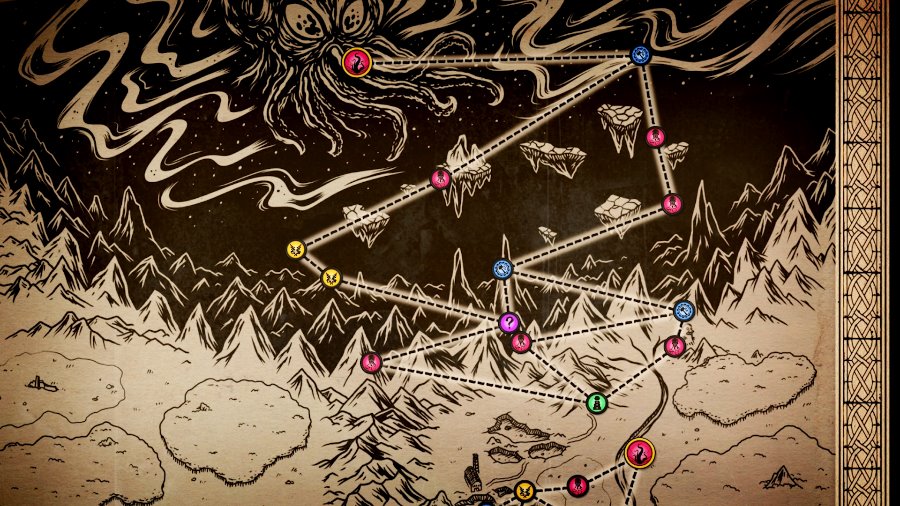 What Tesla Force lacks in story, it makes up for with a tight gameplay loop that encourages an addictive “just one more run” take. The depth of player customization and the elements of randomness encourage many, many repeated sessions of the game. A twin-stick shooter crossed with roguelite elements isn’t a formula that sounds appealing, but Tesla Force pulls it off wonderfully. The game runs buttery smooth on the PlayStation 5, even when it manages to have hundreds of bullets flying on screen as a ton of enemies rush in for the kill.

Disclaimer
This Tesla Force review is based on a PlayStation 5 copy provided by 10tons.

Iris.Fall On Its Way To PS4 And Nintendo Switch