Ray’s the Dead from Ragtag Studio is an indie real-time strategy game with a zombie twist. Learn more in our Ray’s the Dead review!


It’s been a long road for Ray’s the Dead. Ragtag Studio took the game to Kickstarter way back in May of the year 2013, which in Kickstarter years means it was launched back in the Prehistoric Era. The team was asking for a very specific $26,040 in funding. The team ended up canceling this particular campaign, having another go a month later with a $30,000 goal. By the end of the campaign, and thanks to the support of over 1,600 backers, Ragtag Studio managed to secure over $51,000 in funding. 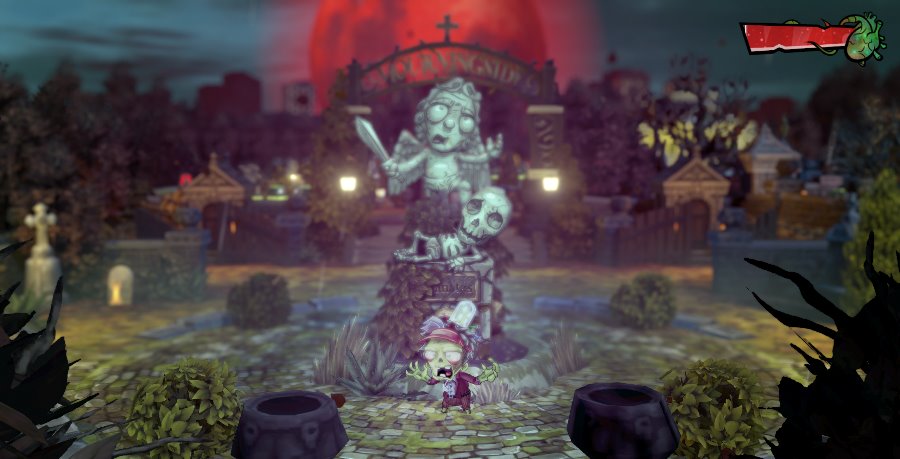 According to what the team mentioned during the Kickstarter campaign – and the date set in the Kickstarter rewards for the project – Ray’s the Dead was initially set for a May 2015 release. Since it’s now 2020 and the game has just released on PlayStation 4, you can easily tell that something happened, right? The studio signed with Adult Swim Games back in 2015 for the marketing of the game, but the company later agreed to provide extra funding to speed up the game’s development. Adult Swim Games ended up stepping back from the project last year, and here we are, with Ragtag Studio finally launching Ray’s the Dead on the PlayStation 4 – with a Nintendo Switch version set for a later date. To give you an idea of how long the game has been in development, here’s a trailer for the now-canceled PS Vita version of Ray’s the Dead:


What is Ray’s the Dead? “What if Pikmin but with zombies?” is the question that leads us to Ray’s the Dead gameplay. The art style is the first thing you’ll notice since it certainly helps to set this one apart from other real-time strategy games on Sony’s last-gen console. This is a narrative-driven real-time strategy game in which you’ll be raising the dead as you use said zombie minions to complete a variety of tasks and objectives. You’ll be taking on this journey as you experience two different timelines, jumping between the past when Ray was still very much alive, and the present, when he’s a zombie. The flashbacks will serve as a way to introduce new characters as well as new abilities, as Ray remembers how he managed to overcome a particular situation in the past, using that flash of memory to find out the best way to act in the present.

You’ll be moving with the left analog stick, using the zombies under your command to melee attack with the R1 button. You’ll be calling the zombies to your side with the L1 button, using them as a shield with the R2 button, or telling them to swarm with the L2 button, which will help the group to avoid some hazards. Going back to the whole Pikmin connection, since the zombies you will command are of different colors, you can send each particular color group into action by using the X, Circle, Triangle, and Square buttons to move the green, red, yellow, and blue zombies, respectively.


The abilities you can use will require that you spend energy on them. Say you want to traverse a tricky area on which there’s a crazy madman behind the wheel of a muscle car, driving up and down a narrow road. If you stay in the middle of the road, Ray and his zombies will be completely destroyed within seconds. But what if you asked everyone to swarm so that the group could move faster and make the most of the small nooks to the left and right of the road? Using this ability will slowly drain your energy bar. If you want to give this a boost, you’ll need to search for the different batteries hidden in each stage. Once you’ve collected eight of them, your energy bar will grow! 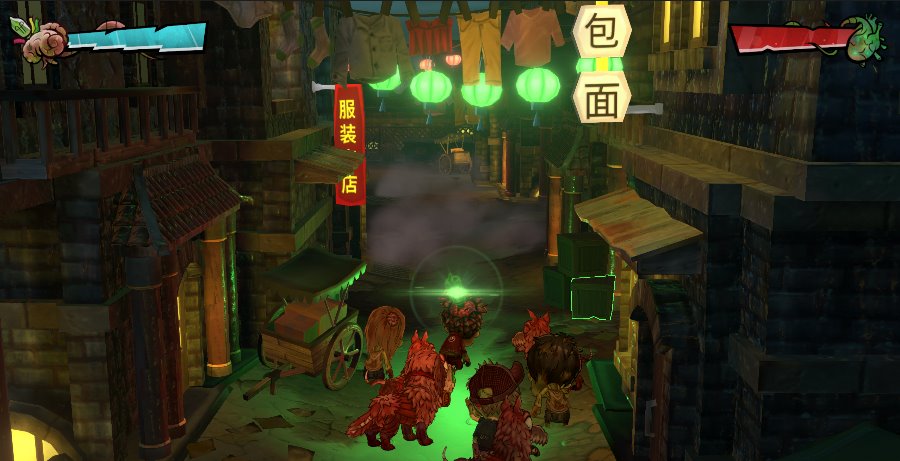 As mentioned before, you’ll be jumping back and forth between the present and the past, which helps to give players more insight into how characters in the present ended up being the way they are. Some sections will be more action-oriented, asking that you defend against and attack those foolish enough to battle against you. Other sections will have you taking a stealthier approach, avoiding being seen, or coming into contact with other characters, or else you’ll lose some of your health, which in these sections will be represented by a bar at the top center of the screen.


It’s during the stealth sections that some things feel a bit off as if an extra couple of months spent in QA. Without spoiling things too much, allow me to discuss a pair of early sequences of the stealth variety. One of them will have you commanding a group of zombies who are mistaken for kids who are wearing disguises during Halloween. The game asks that you don’t come into contact with any of the kids so that you don’t blow your cover. A section at the end of this part will have a bunch of kids running around s if they were experiencing a sugar rush, with a tiny window for you to rush through without touching any of them. 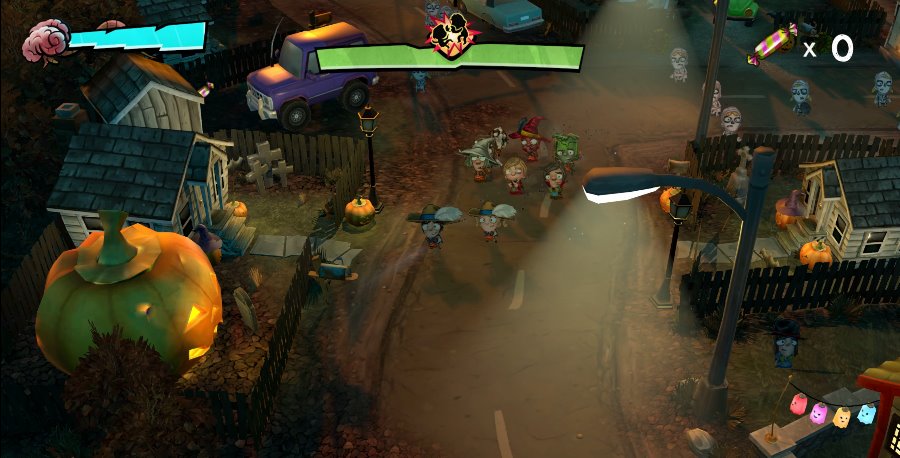 In the version of this section set in the past, you’ll be commanding a group of kids during Ray’s childhood and must stay away from the Karate Kid inspired bullies. While doing this, you will be required to sneak around to collect candy from houses with their lights on, or to pick up large candy that is just lying around in the open. The issue is that when you send some of your companions to collect candy in one of the houses, odds are they’ll return into the group without avoiding one of the many bullies walking all over the place. This can, unfortunately, lead to some cheap shots that can force you to redo the section.

As for the trophies, Ray’s the Dead does have a full list with a Platinum trophy. On top of this, the good news is that thanks to its level select option, none of the trophies are missable. You will be getting trophies for completing the different story segments for the game, beating bosses here and there, until you manage to finish Ray’s story. Other trophies will ask that you find all of the graves of the backers that got their name in the game, that you execute 50 finishing moves to eat your opponents’ brains to recover some of your lost health, or that you use your shield to block 50 enemies, to name some examples. 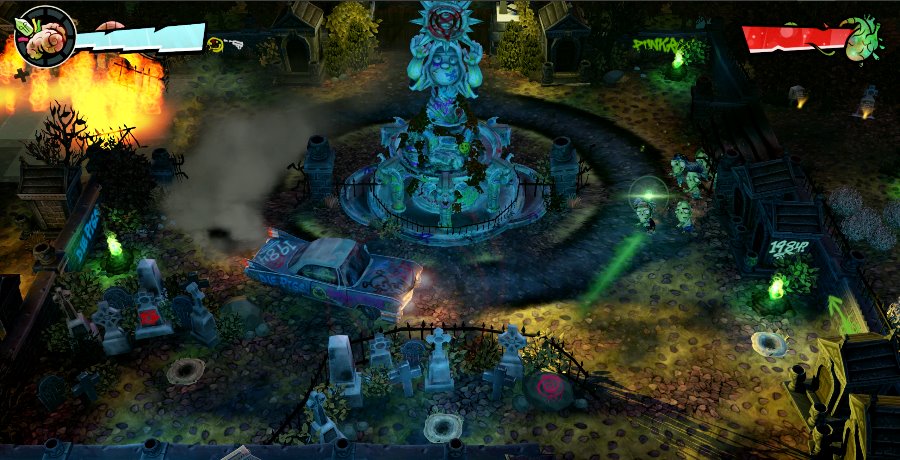 It’s been a long journey for Ray’s the Dead between its time on Kickstarter many years ago and its release on Sony’s last-gen console. While the game’s art style and soundtrack are certainly to be praised, there are some issues with the gameplay that keep this one from being as fun as the sum of its parts. I’m a big fan of the Pikmin series – as well as of the Overlord franchise – so I was certainly looking forward to playing Ray’s the Dead. In the end, the game suffers from slowdown, some balancing issues, and some odd bugs, such as when the game decided to switch the X button for the L2 button for a while as I was exploring one level, that keep it from greatness. These are things that the team at Ragtag Studio can hopefully patch because there’s certainly some charm to the whole experience. Ray’s the Dead is out on PlayStation 4 with a $19.99 asking price.

Disclaimer
This Ray’s the Dead review is based on a PlayStation 4 copy provided by Ragtag Studio.

Werewolf: The Apocalypse – Earthblood Out On February 2021