Landflix Odyssey is a retro-looking platformer in which you will go through worlds based on popular TV Shows in order to recover your freedom. Learn more in our Landflix Odyssey review!


Landflix Odyssey is a 2D Platformer that mixes many gameplay elements from various genres. Play as Larry, a lazy binge watcher who ends up in a dimension that’s based upon his favorite Landflix (a video-on-demand parody) TV shows.

Larry is a binge-watcher, and as the game begins, his trusty remote controller has its batteries stolen, and Larry is then drawn into his TV! He then understands that he’ll have to go through his favorite TV shows in order to recover the batteries. There are five batteries to recover, and each one is in a different world that parodies real-world popular TV Shows. Each shows contains a season of 10 levels (episodes), and each one contains 100 coins that can be collected. I liked how each world/TV show is unlocked right from the start so that players can select which one to take on first, allowing you to play this one in a non-linear way. 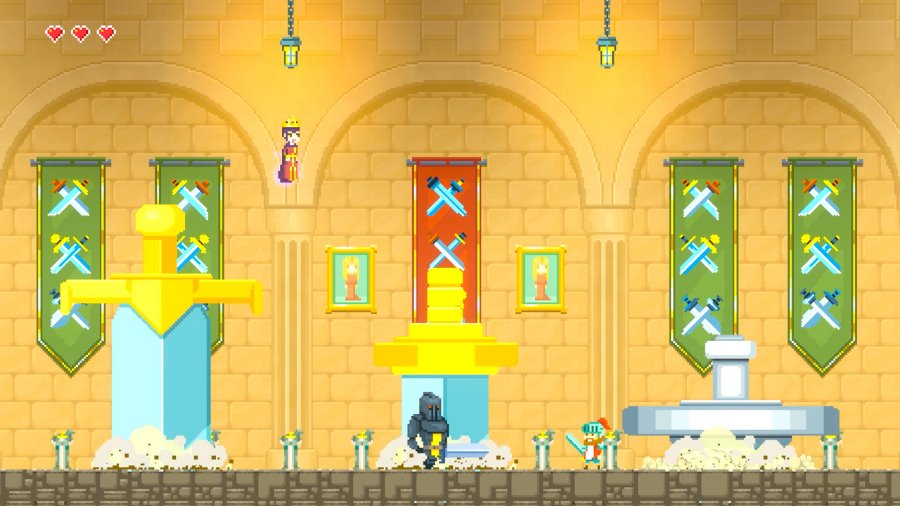 As for the worlds you’ll play in, they’re parodies of real-life TV shows, and they are:

– Peculiar Stuff, a parody of Stranger Things. There are portals that take you to the underworld, which felt true to the TV show. There are also Demogorgon enemies.

– Elder thrones, a parody of Games of Thrones. You’ll go through icy fields and slipping platforms. There are enemies typical to the GoT tv shows like walkers and the famous wall.

– Blindevil, a parody of Daredevil. This one feels more platforming than the others and you’ll get a magical grapple from Blinddevil that will bring you to some longer reaching platforms.

– Going Mad, a parody of Breaking Bad in which you’ll have to deal with chemicals.

– The Standing Zombie, a parody of The Walking Dead. In this game, you’ll obtain a crossbow and will have to shoot at those zombies.

– Special Features: As the name implies, this contains extra stuff. 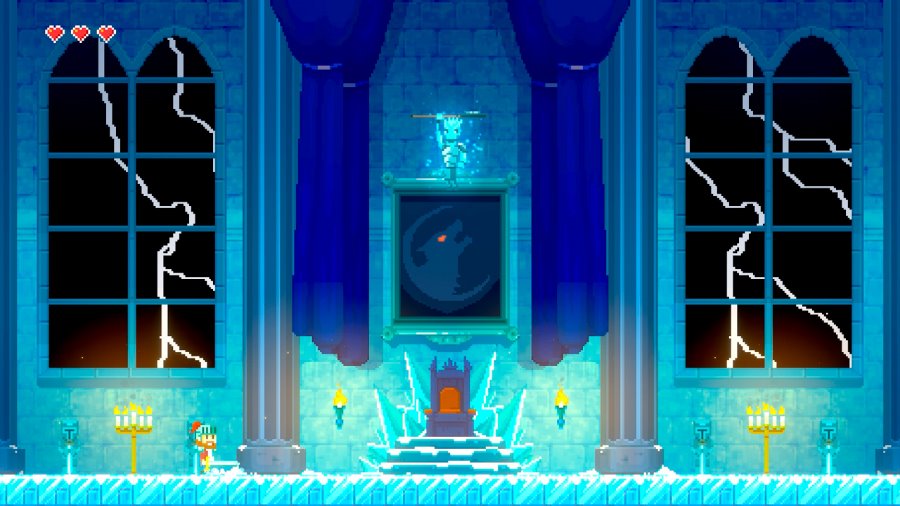 The gameplay is typical for a side-scrolling platformer. Enemies can be destroyed with the ranged attack or by jumping on their heads. There are disappearing platforms and other hazards you’ll have to avoid. If you lose all of your three hearts, you’ll go back to the last checkpoint. There are plenty of them, but some platforming sequences are tricky, so you’ll most likely not go too far back. One thing that I found annoying is that the level design is crafted to punish you if you’re not extra careful. There are spikes that blur into the background, and the same for enemies that are sometimes near-invisible as they are matching the background color. Don’t get me wrong: I like a challenge, but it felt a bit unfair.


The pixel art is very well done, and a lot of care went into the level design. I did find it annoying that way too often, the enemies were of a color that was very similar to the background, and I didn’t see them until they hit me. The game’s soundtrack is also good, and it did remind me of the different shows that Landfllix Odyssey’s levels parody. 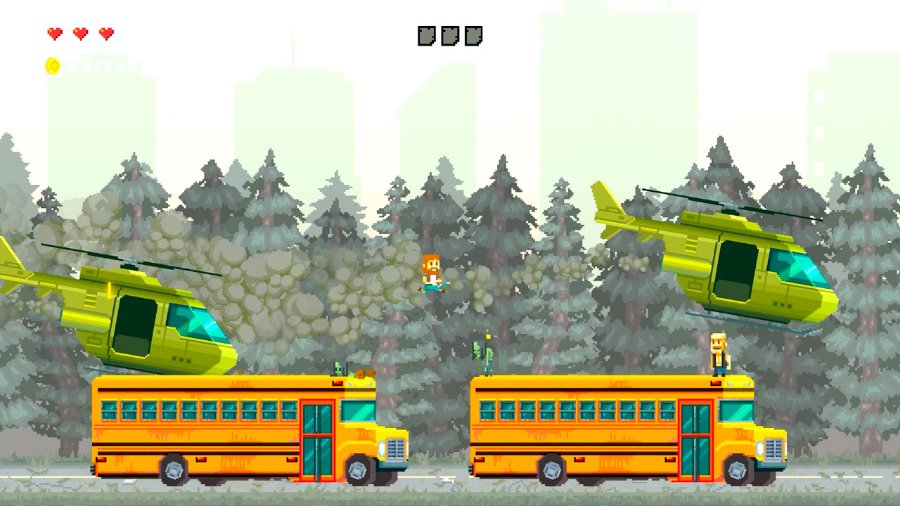 Landflix Odyssey is a platformer that, unfortunately, didn’t live up to my expectations. I liked the idea of going through different seasons of parodies of popular TV Shows, and I certainly liked the art style, but the gameplay broke the experience for me. I thought that this game relied too much on cheap deaths instead of capitalizing on the fun factor of exploring the different TV worlds. Your experience might be different, so do let us know what you think of the game

Disclaimer
This Landflix Odyssey review is based on a PlayStation 4 code provided by Fantastico Studio.