It’s time to pack up and leave the Gungeon. I know we spent a ton of time trying to enter it, but it’s time to go… check out our Exit The Gungeon review!


Exit the Gungeon is a small, arcade-style, spin-off ‘dungeon climber’ that immediately follows the adventures of the misfit Gungeoneers attempting to survive a series of increasingly dangerous elevators and countless waves of enemies.

The Gungeon has become a paradox and is collapsing! Blessed by the magic of the Sorceress, your gun will change rapidly as you ascend the Gungeon. The better you play, and the higher your combo, the more powerful the form your gun will take.

Battle against the last and most bitter of the Gundead at a frantic pace, slowing down just long enough to chat with some familiar faces… and a few new ones. Shifting rooms, enemies, bosses, bizarre weapons and items all combine to ensure that no two attempts to Exit the Gungeon are the same. 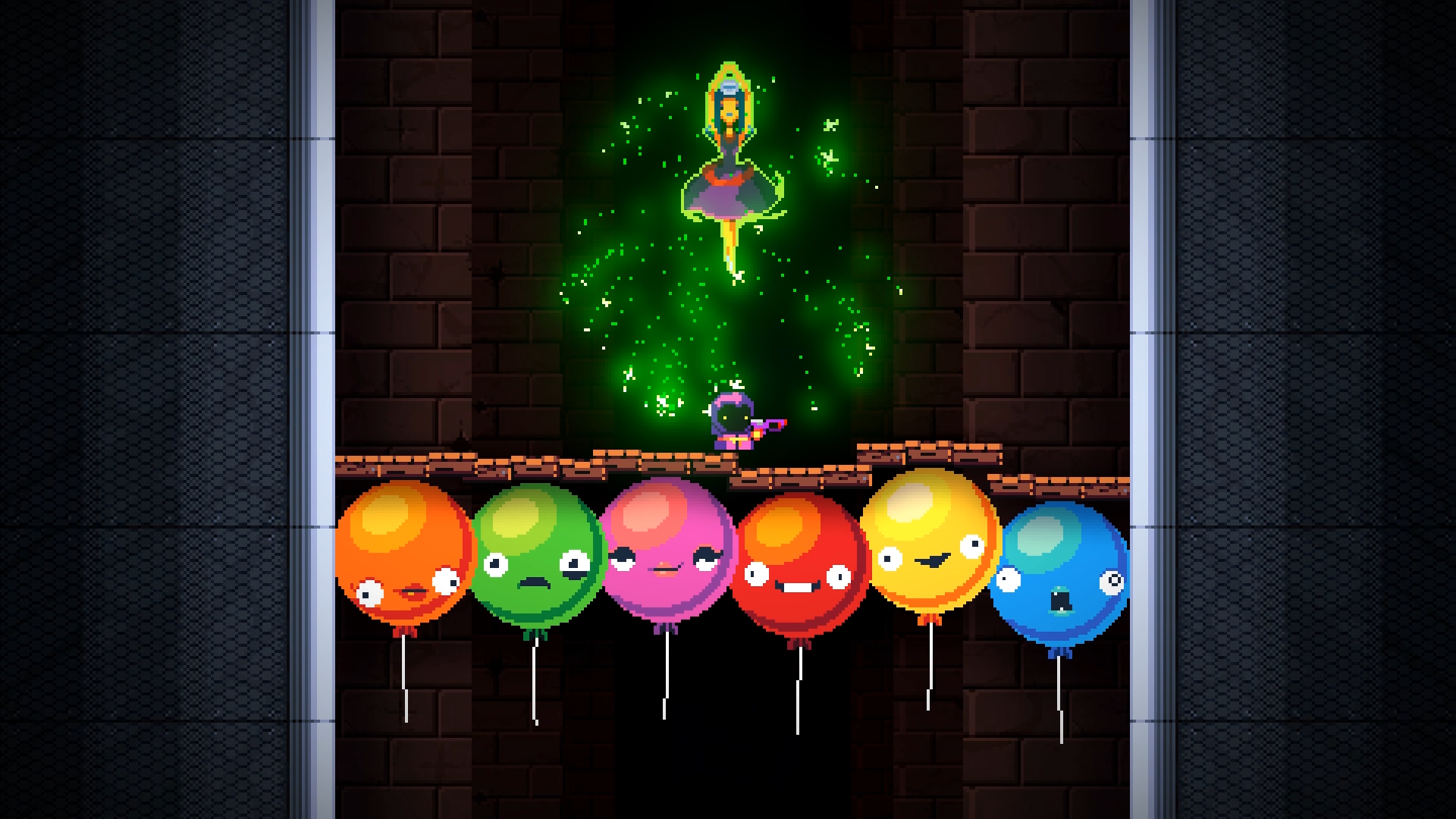 
Exit The Gungeon changes the formula a bit. Instead of an overhead isometric view like Enter had, it has been switched to a 2D side-scrolling presentation. This really changes the way it feels and plays when compared to its predecessor, which is not a bad thing! This sequel is still very much still in bullet hell territory, and the story is very simple and to the point since it’s just there so that you can have an excuse to dive into the action. Since you’re trying to leave the Gungeon, you have a hub that you will come back to when you perish, so you’ll be seeing it a lot. While at the hub, you can do a few things, such as switching heroes and training. As you progress, you will unlock a few more secrets to change things up a bit. 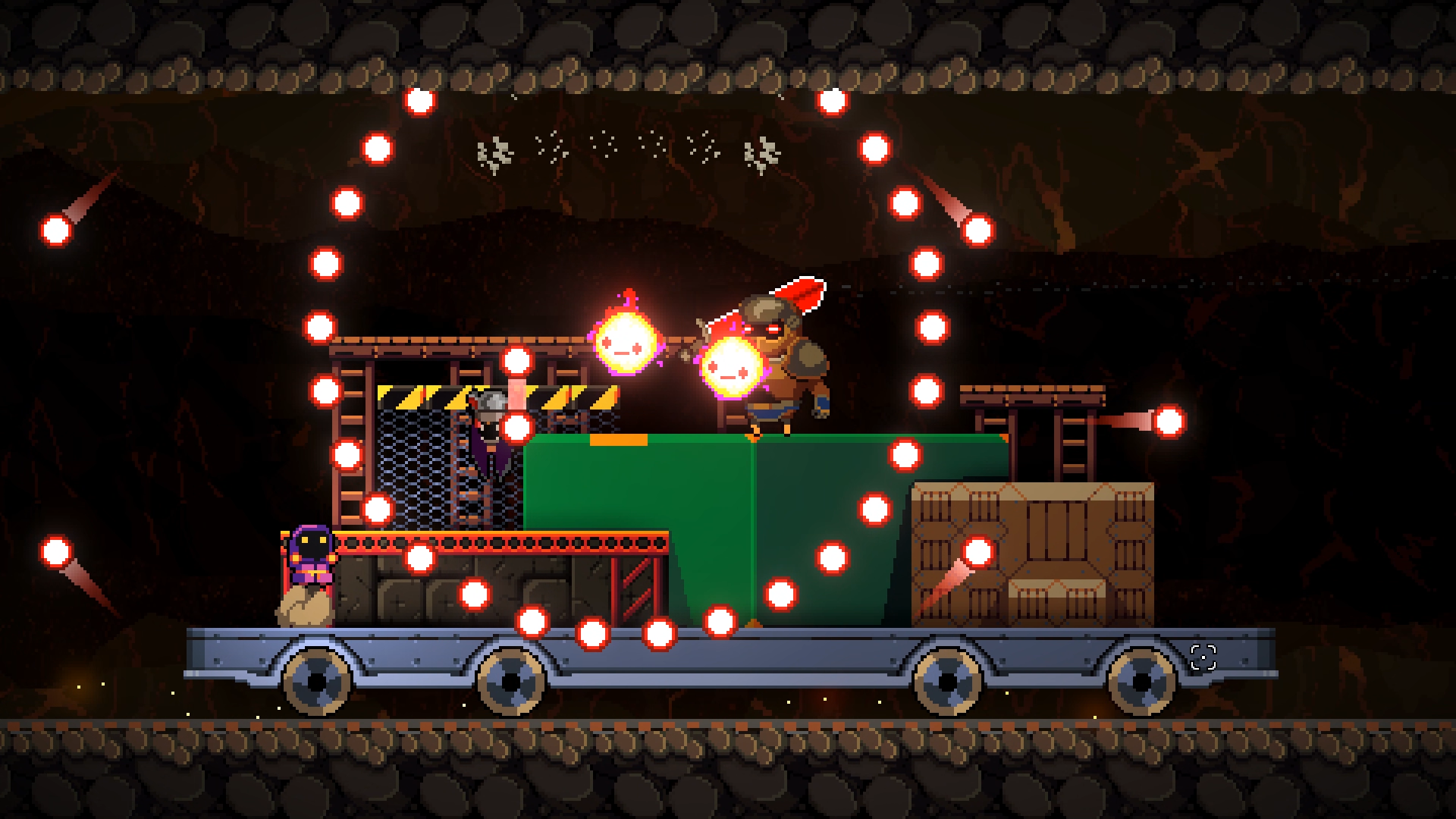 From the hub area, you can begin to Exit the Gungeon by jumping on an elevator going up. You’ll be attacked by wave after wave of enemies, which will also include bosses to battle. You can sue the right analog stick to aim and fire, treating this as a twin-stick shooter. You will also need to dodge, weave, and roll around bullets, or else you’ll be destroyed in no time. I won’t lie: this was a struggle for me at first, but the more I played, the more everything started to click. I was able to avoid attacks more easily, which allowed me to increase the length of subsequent runs.


The big draw for me, though, were the guns… there are so many guns to use! There’s a reason Gungeon was the name of the first game and why it’s still very much a thing for this sequel. At the beginning of every run, your gun is blessed with the ability to change into different weapons. There is a ton of variety here, featuring the normal standard fare you would expect from a twin-stick shooters, such as pistols and shotguns, but then things start to get crazy. You’ll get a gun that fires guns as ammo, one that shoots letters, another one that shoots D-Pads in 4 directions, and my favorite, which releases a giant tentacle.

There is almost no control over this gameplay twist unless you get good – fast – and manage to get massive combo chains to get more and more powerful weapons. You have to take what you can get, but the randomness is oddly satisfying as all weapons do pack a punch. You will, however, be changing your strategy based on what you end up carrying around. You can actually see your progress in one of the menus for what you have unlocked so far, and let me tell you, there’s a ton of guns in your future! 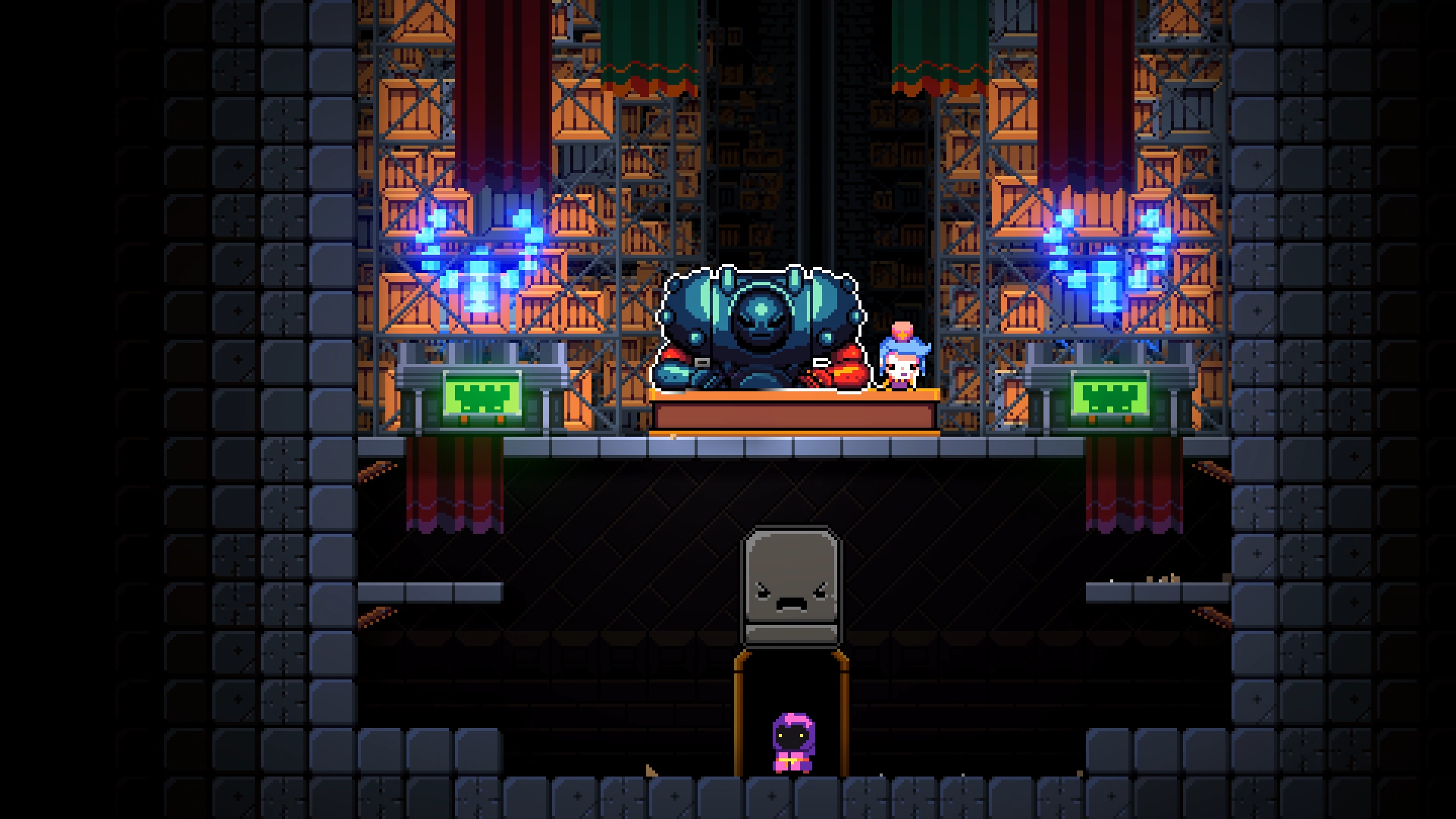 Exit The Gungeon is a fun roguelike with a ton of replay value and some really unique and out there weapons to use as you try to survive until the end. It is a bullet hell game, which means it’s not going to be an experience for everyone, but I had a ton of fun with it trying to exit the Gungeon in one piece! The game’s look, feel, as well as the soundtrack, all come together to give us a game that stands out on PlayStation 4.

Disclaimer
This Exit the Gungeon review is based on a PlayStation 4 copy provided by Devolver Digital.