Bridge Constructor: The Walking Dead starts with a bit of an intro to The Walking Dead story, a show that’s been running since 2010, based on the long-running comic book series. With the dead now coming back to life, humans are now the endangered species roaming the Earth. After the intro, you see Kyra and Miles talking when someone else comes along. Eugene, who’s been on the show for a few seasons, request their assistance to save him from some walkers – what they call the zombies in The Walking Dead universe. Your first mission will then begin, which requires that you complete a simple task: build a bridge for the walkers to safely pass over you.


As you start a level, you get to see the area inside which you will be able to build your bridges. To start building, all you have to do is to press the X button on a construction point and then pull the left analog joystick to create a component. Beware, though, as they can only be of a maximum length, after which a blue connection point will appear to indicate up to where you can create your component before you start a new one. You’ll be able to chain them together, also building structures over or under them to make them solid so that the weight of whatever moves over them doesn’t bring the whole thing down. Pressing the X button a second time on a component will convert it to a road so that you or the walkers can actually walk on it. 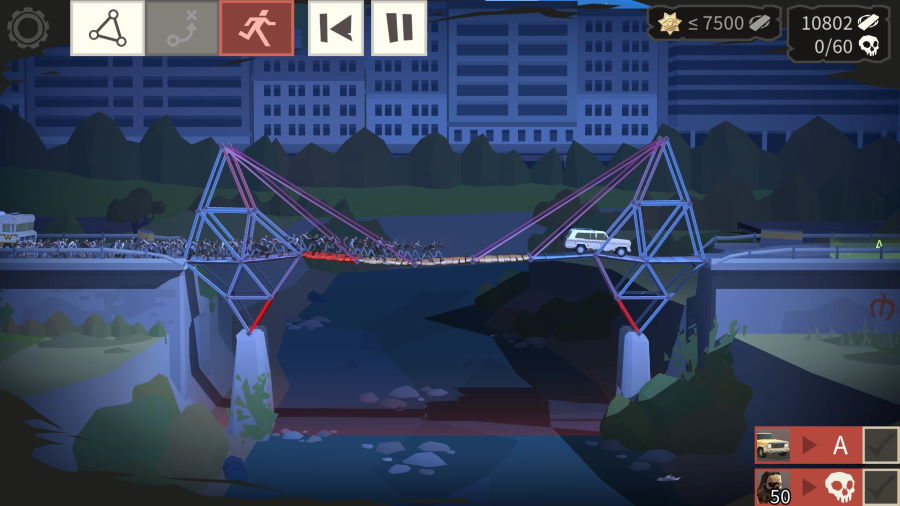 In levels of the tactical variety, you’ll also be able to assign commands to your heroes. Switching to the Commands mode is done with the Triangle button, and from there, you’ll be able to select waypoints and then assign up to five actions to your heroes. This can be anything from moving in another direction to interacting with something at said waypoint. You can, for example, have your hero trigger a lever that will make a huge container drop down.


Once you’ve set everything the way you think will work, it’s only a matter of pressing the R1 button to let the actions play out. This is when you’ll see if you selected the correct actions and built your bridge the right way. If you fail, there’s a nice rewind feature that you can use to see step by step at which moment things went wrong so that you can learn and make your construction better. When you’re ready to try again, press the L1 button to go back into Construction mode.

For a game that’s about zombies, it features some really nice and colorful levels that enlighten the whole theme a bit. While there’s some attention to detail here and there, it’s certainly not the type of game in which you’ll have highly detailed environments. The focus is clearly on building bridges, which is why you need to carefully observe where you build things because the smallest mistake can mean a whole bridge comes crashing down. The dialogues with the characters are great too, and it’s a nice touch to see characters from the series get their chance to shine in this game. While there won’t be any voice acting, the dialogue does convey each character’s attitude and style. 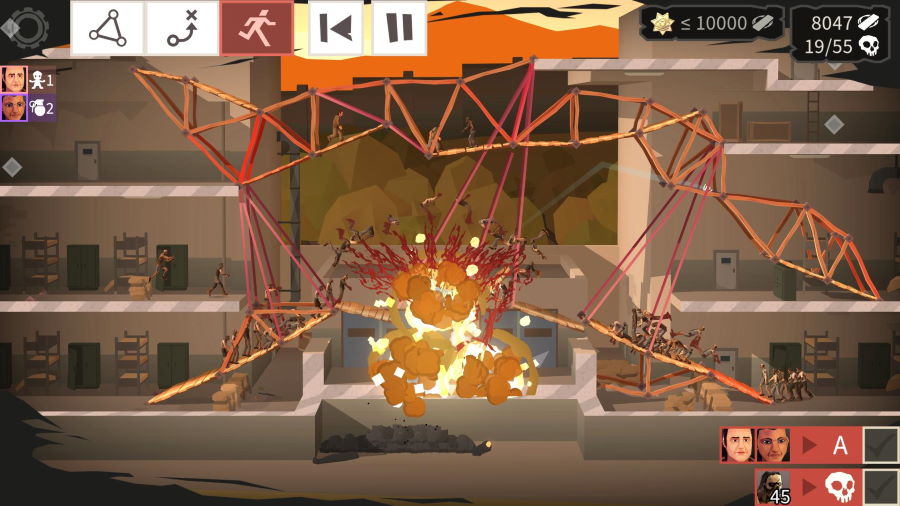 I really like the bridge-building aspect of the game since you have to study the level’s layout and try to make things hold together. And when things go wrong, it’s also fun to watch the whole thing crashing down. On the other hand, I find that the subtle mistake you’re not aware you’re making can cause you to start a level way too many times before actually succeeding. Since there is no hint system or anything, you really have to figure things out by yourself, so some levels can be a bit annoying if you can’t find the right pattern.


For a game that requires you to complete 40 levels separated into five episodes, all with excellent resource management, I was quite surprised to see there was no Platinum trophy tied to the whole experience. You will have a lot of fun trying to reach 100% completion for all of the levels that the game has to offer, but if you’re a trophy hunter, the game not having a Platinum trophy might be a deal-breaker. 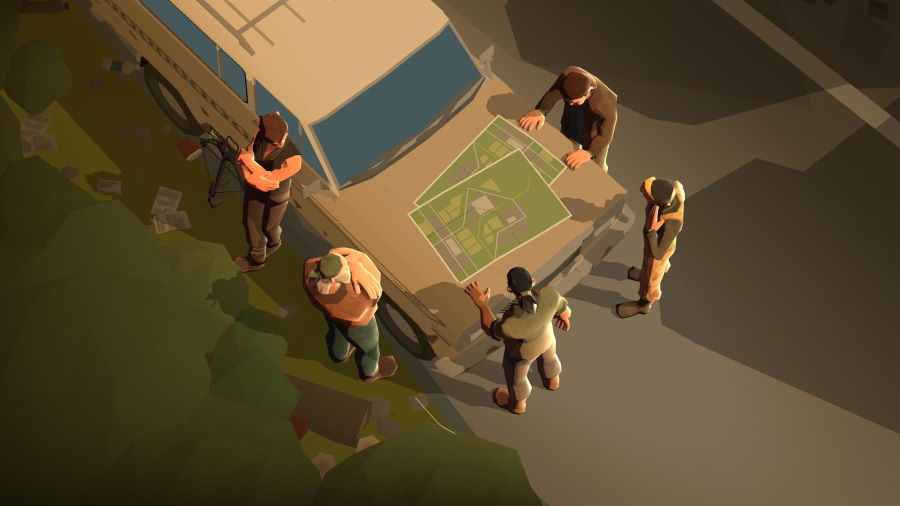 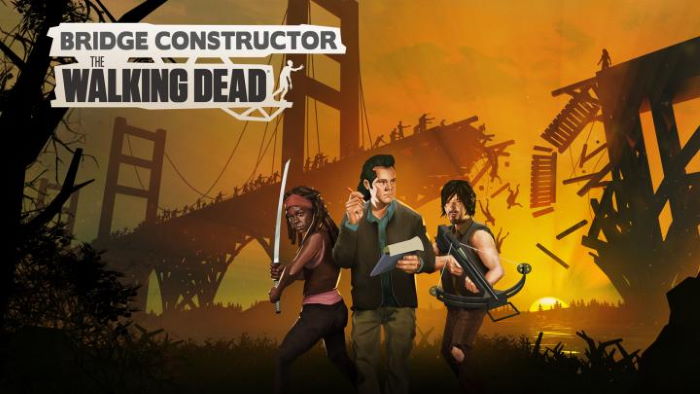 Disclaimer
This Bridge Constructor: The Walking Dead review is based on a PlayStation 4 copy provided by HeadUp Games.

Evolution Board Game Out Today On Nintendo Switch