Zoids is a multimedia franchise from Tomy that got its start way back in the 1980s. Each of the mecha physical releases added story segments to the overall lore, and this was expanded through the different anime series based on the Zoids franchise. The latest one is Zoids Wild, which aired in Japan from 2018 to 2019. As its name suggests, this is the anime series on which Zoids Wild: Blast Unleashed. Given the source material, it was to be expected that this Nintendo Switch exclusive would be presented in the way it is.

For Zoids Wild: Blast Unleashed, we’re getting a one-on-one 3D fighting game that has some similarities to, say, Pokkén Tournament DX on Nintendo’s console. You’ll get to pick your Zoid and the pilot that will be riding it as if it were a wild beast rushing into battle. You’ll start with only five Zoids and pilots available for you to play with. As for the rest? Well, more options will be unlocked as you take on the game’s Story Mode, increasing the overall variety as you reach certain milestones.


In order for you to get the hang of things, the game will offer a Tutorial Mode that will show you the basics that are needed to survive in the arena. Once you’ve caught up with everything there is to learn, you can select to take on a Battle or go into the Mission Mode. Battle will allow you to play on a single match against the CPU or a human opponent. Mission Mode will be where you’ll get to experience the story developed for this particular video game, which will have some minimal voice acting. In here, you’ll be taking on different challenges as you play through different story paths as either Team Freedom or the Dark Warriors. 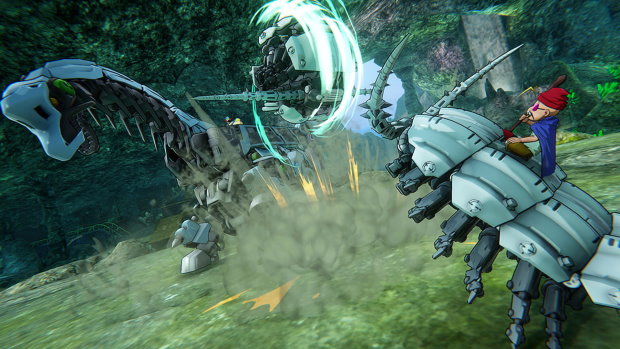 Each Zoid will have different parameters under Power, Guard, and Speed, which you should take into consideration so that you can know how you’ll need to compensate for their shortcomings in battle. You can also select a Blast Effect between Power Up, Gauge Up, Energy Up, Speed Up, or Breaker Up. Power up will give you an attack boost. Gauge Up will allow you to use Wild Actions multiple times. Energy Up will give an increase to your health. Speed Up will increase your speed, but guard breaks will be harder to land. Breaker Up will make it easier to break your opponent’s guard.


You’ll be using the left analog stick to move around the battle arena, using quick attacks with the Y button and heavy attacks with the X button. You can use a guard break with the A button to try and break your opponent’s guard. If you want to lower the damage you receive, you can press the L button to guard, but you can also use the B button to dodge, which might prove to be more effective. There will be yellow bars at the bottom of the screen, which are your Action Gauges. These will let you know when you can use the special moves known as Wild Actions. For these, you can press the R button and the A, X, or Y button to unleash the corresponding special attack, which will deal considerable damage. You can also use a Wild Blast by pressing the L and R buttons at the same time if your gauge is full. During a Wild Blast, pressing the L and R buttons again will release a Final Blast. 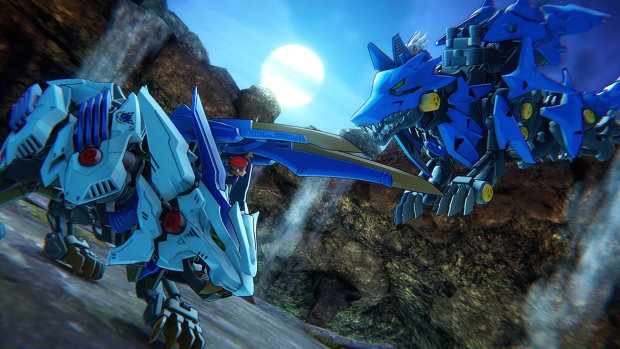 At the top of the screen will be the health gauge, which you should keep in mind at all times. Every attack your Zoid receives will deplete your health bar, and if it runs out, then your Zoid will be too exhausted to fight, and you will end up losing the round. The green section represents your remaining health, while the red area shows the damage you’ve received from an enemy’s attack. Once that attack lands and is counted, the red will be gone, and that section of the bar will be shaded, representing the health you’ve permanently lost.


As for the extras that this game has to offer, there’s a Gallery section you can check out. In here, you’ll be able to use the Zoid Viewer to check in greater detail all of the Zoids you’ve unlocked. There’s also a music player for you to hear all of the songs in the game, a dialogue section so that you can hear everything that each character has to say. There will also be a photo album for you to check out all of the special images unlocked as you progress through the game’s story. 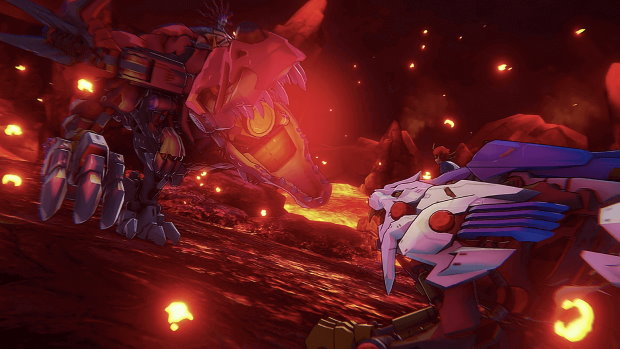 Zoids Wild: Blast Unleashed is a fun game that presents the characters and Zoids from the latest series in a fast-paced 3D entry in the fighting genre. Its main target demographic is kids who are fans of the long-running series, but that doesn’t mean that older gamers won’t find something to like here. As long as you know what you’re getting yourself into, this is one worth checking out. Zoids Wild: Blast Unleashed is out now on Nintendo Switch with a $39.99 retail price.

Disclaimer
This Zoids Wild: Blast Unleashed review is based on a Nintendo Switch copy provided by Outright Games.

Playstation vs. Xbox: Where two are fighting and the third one wins