It’s been a while since hardcore 2D platformer Super Meat Boy released – and a couple of years since it was ported to the Nintendo Switch – and its sequel is finally here as a timed exclusive for Nintendo’s console, so it’s time for a Super Meat Boy Forever review! For this sequel from Team Meat, you’ll be taking control of either the titular Meat Boy or Bandage Girl as they embark on an adventure to try and rescue their daughter Nugget from Dr. Fetus. For this, all they have to do is simple: run like there’s no tomorrow as they jump, punch, and kick their way through a set of randomly generated stages. Because of this, you’ll only have to worry about pressing the A, B, X, or Y buttons to jump as needed, pressing any of these buttons again to attack. If there’s a low obstacle on your path – or an enemy barely hovering over the ground – then just press down on the left analog stick or the D-Pad. 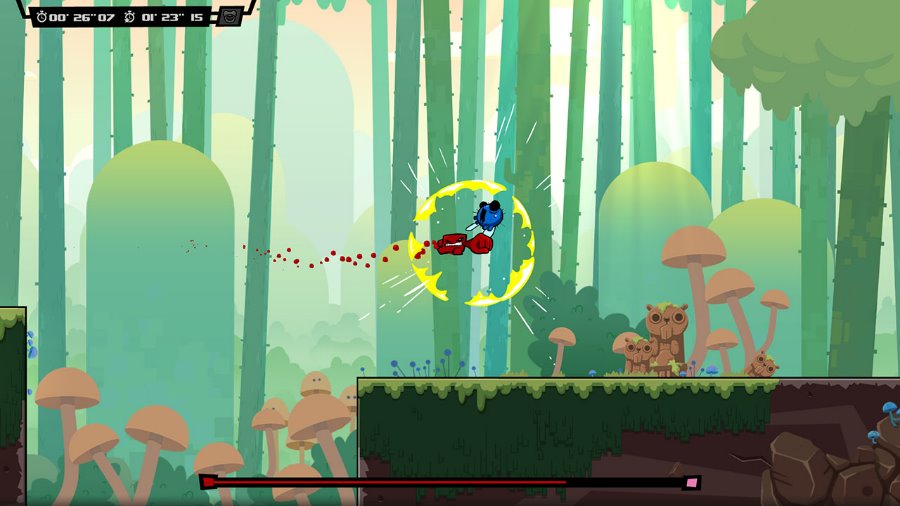 The difficulty will start at a high level and will only increase as you take on each new stage. Given the procedurally generated nature of the game, you’re going to have to learn each stage’s layout as you play them since the different potential elements you can find in them won’t be set until you start a new run based on the randomly generated seed you’re about to take on. Add the pacifiers you need to find to unlock extra characters – and to try and 100% the game – and you have a game that will keep you busy, well, not forever, but definitely for a while!


Going back to the levels, at first, you’ll be faced with nothing more than some tricky jumps and a few enemies, but more hazards and even more enemies will be added into the mix. Spinning saws are always a classic, but sharp syringes are just as deadly, especially when they fall like waterfalls on your path. Barbwire can prove to be quite the predicament if you’re not careful. Long gaps can also be a cruel enemy when you need to time your button presses to defeat a trio of enemies that will allow you to reach the safety of the ground… at least until you have to quickly jump so that you’re not cut in half. And then you’ll experience blocks that crumble under your feet or soon after you touch them, glass blocks that need to be destroyed, or locks for which you must find the corresponding key. 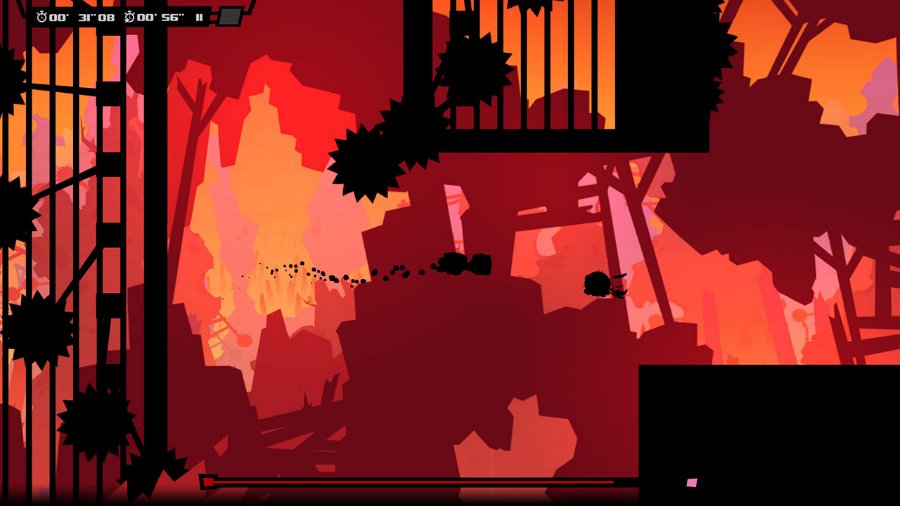 Levels will have a checkpoints system that will allow you to slowly but surely make some progress in even the hardest of the procedurally generated stages, since as long as you find the right timing to nail that tricky jump here or how to make the most of that enemy over there, so as long as you have the patience and humbleness needed to learn from your mistakes, you can find the right path to victory. 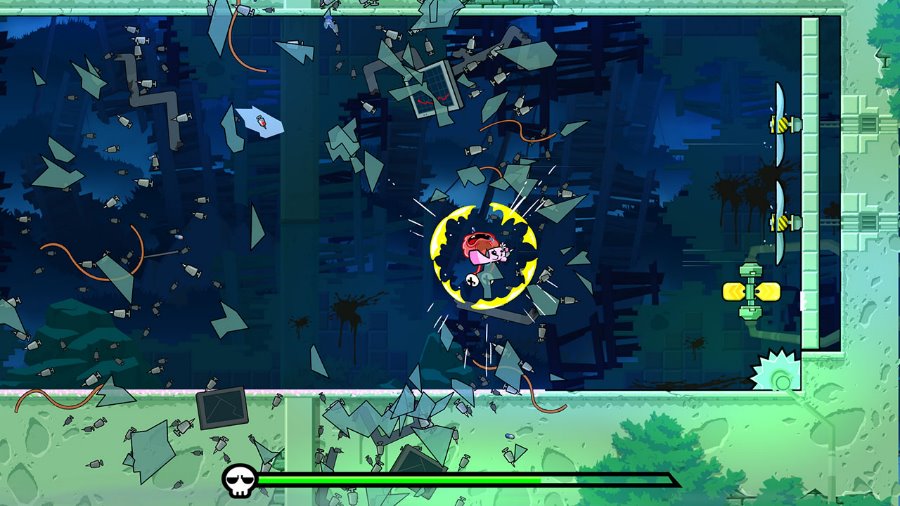 You will need to complete most of the stages in a world before you can take on its boss. Boss battles are certainly a highlight of Super Meat Boy Forever, with a steady bump in difficulty for each new boss you face. Trial and error is a big part of this game, and this is twice as true for boss battles since you’ll have to learn about a boss’ movement and attack patterns so that you can eventually survive for long enough to deplete that boss’s health bar. A large mechanical contraption with buzzsaws for hands or a sentient brain that can control glass to attack anything in its path are two of the different bosses you’ll fight, and things only get crazier. 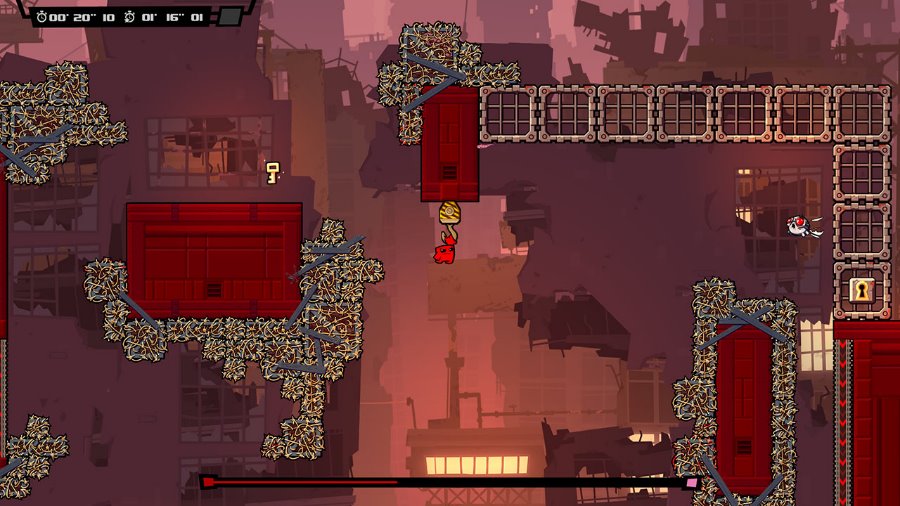 Super Meat Boy Forever does things differently from its prequel while still delivering a very fun and challenging 2D hardcore platforming experience. There’s plenty of content to enjoy in this one, as well as a fully-featured story with great-looking animated cutscenes that will bring some interesting twists into play. It’s been a long wait, but Super Meat Boy Forever is now finally out on Nintendo Switch with a $19.99 asking price. Are you ready?

Disclaimer
This Super Meat Boy Forever review is based on a Nintendo Switch copy provided by Team Meat.

Sky Beneath Sets Course For 2021